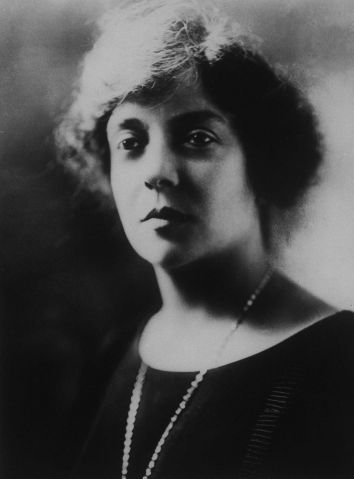 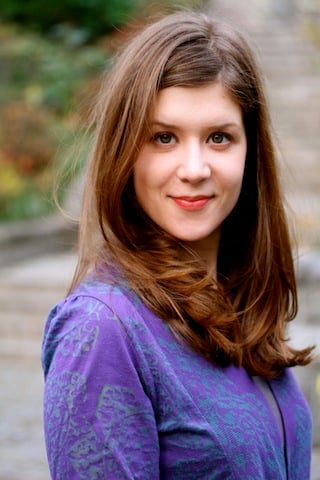 Rebecca Behrens, a graduate of Madison West High School, is the author of "When Audrey Met Alice." 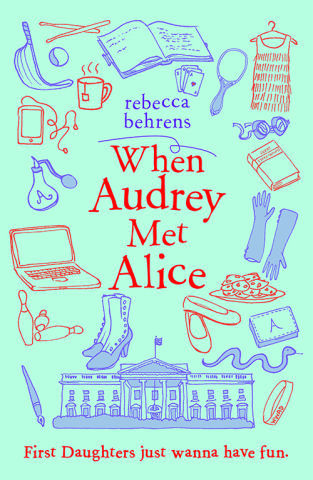 Long before Sasha and Malia took up residence at 1600 Pennsylvania Ave., first daughter Alice Roosevelt garnered a reputation as a rule-breaking teen, even sliding down the main stairway at the White House on tin trays stolen from the kitchen on her father Teddy Roosevelt’s inauguration day in 1901.

First-time novelist Rebecca Behrens has used young Alice’s exploits as a jumping-off point for a contemporary story of first daughters in “When Audrey Met Alice,” a work of historical fiction targeted at readers ages 9 to 14.

Behrens, 31, grew up in Madison and, after graduating from West High School, went to Northwestern and eventually ended up in New York, earning a master’s degree in comparative literature from the City University of New York.

“When Audrey Met Alice” is an engaging look behind the scenes at what it might look like to be the first daughter today, and what we can learn from the life of one of the country’s most colorful first daughters. Behrens, reached by phone at her home office in New York where she works as a textbook editor, talks about her inspiration and how her childhood in Madison made her the successful writer she is today.

Q: Where did the idea for “When Audrey Met Alice” come from?

A: It came from two places. I’ve always been kind of fascinated by first daughters. I think it had a lot to do with growing up being around the same age as Chelsea Clinton when she was living in the White House. I wanted to write a story that was set in the White House but focused on a real kid with the universal concerns of a teenage girl. Especially when President Obama was elected, and Sasha and Malia moved into the White House, I was really interested in the new media culture today with the scrutiny from blogs and the 24-hour news cycle, how that would affect a kid living in the White House.

At the same time, I’ve always been really fascinated by Alice Roosevelt. I knew a little bit about her when I started writing the book. I did a lot more research when I committed to the idea. I had those two ideas and I didn’t really know what I wanted to focus on, and one day I had the brainstorm of combining the two through a long-lost diary and seeing how Alice Roosevelt’s spirit and experiences would affect and inspire a contemporary first daughter.

Q: How did you research Alice Roosevelt?

A: I did a lot of old-fashioned research of going to the library and reading a lot about her life. I read a fabulous biography that was released a few years ago by Stacy Cordery (“Alice: Alice Roosevelt Longworth, from White House Princess to Washington Power Broker”). I found an out-of-print book that was a series of interviews with Alice that were transcribed, and that was a really great way of hearing her voice. I also visited some of the Roosevelt sites in the New York area, like Sagamore Hill.

Q: Are some of the journal entries in the book real or mostly fictionalized?

A: It’s pretty much all fictionalized. There are a few cases where I’ve worked in some famous quotes that Alice actually said at some point in her life. Most of the events in the diary are real things that she said or did, but framed in a fictional way through the character. I created an annotated diary document that’s available on the Sourcebooks website (books.sourcebooks.com/when-audrey-met-alice), where I’ve separated out the entries and noted what I made up and what actually happened, with resources listed to find out more about each incident.

Q: Alice was quite a prankster. Do you have a favorite stunt that she pulled?

A: She was pretty wild. My favorite stunt, sadly, did not make it into the book itself because of timeline issues — it happened after the diary entries in the book ended. When Alice was on a tour of Asia later in Theodore Roosevelt’s presidency, she was on an ocean liner and she jumped into the swimming pool fully clothed in front of all the reporters and shocked everybody.

Q: In the book, Audrey’s mom is the president. I think Alice would have appreciated that.

A: I think so, too. It was definitely a conscious choice. Growing up in Madison, I was always fascinated by the government. Having so many wonderful female role models in the Legislature informed me to make that choice. I also wanted to do it in a way where it’s a little more subtle. It’s not a focus of the book, that there’s a female president; it’s just how it is.

Q: What would you like readers to take away from your book?

A: I think both of the girls in the story, despite the fact that they’re living in very different time periods, want the same things. They’re trying to figure out how to be authentic, responsible people who have the freedom to live life on their own terms. I hope that brings up a lot of ideas for the middle-grade reader, questions like, How do I want to live in this world? And who do I want to be?

Q: What are you working on now?

A: Another middle-grade novel that blends some history and some contemporary fiction, too. That one involves the lost colony of Roanoke.

A: Even though my book is not set in Madison — well, a small part is; there’s a character who lives in Madison — I feel that Madison informs so much of what I do as a writer because of the wonderful education I got in Madison public schools. I think it’s a really great place for a kid to grow up because of the literacy culture. Whenever people ask the question about how did you come to be a writer, I always point back to the great teachers and librarians I had as a kid who specifically encouraged my love of historical fiction.

What: Rebecca Behrens reads from and signs copies of "When Audrey Met Alice" (Sourcebooks, $16.99)

Gigi Hadid says she doesn’t want to model any more

Gigi Hadid says she doesn’t want to model any more

Rebecca Behrens, a graduate of Madison West High School, is the author of "When Audrey Met Alice."