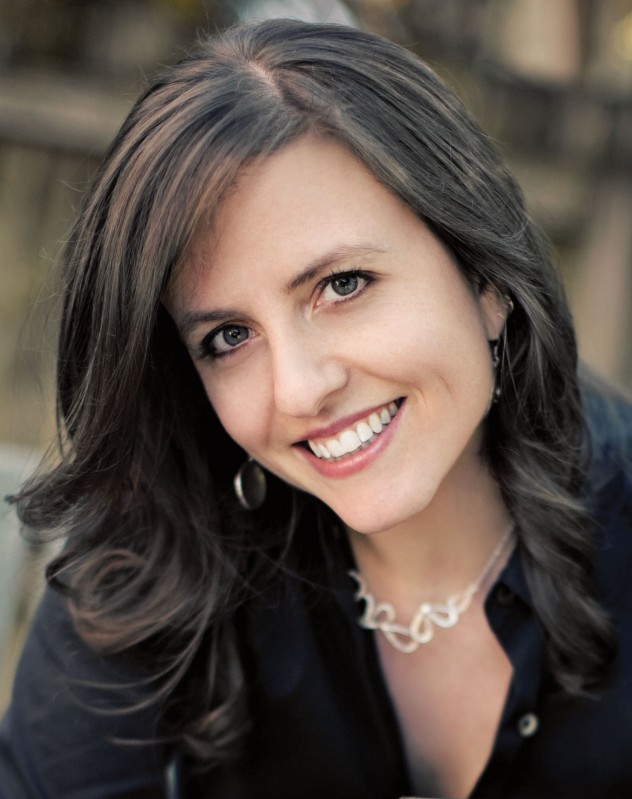 Rebecca Skloot, the author of “The Immortal Life of Henrietta Lacks,” is the featured speaker for UW-Madison’s second Go Big Read common-reading program. Skloot will speak at 7 p.m. Monday at the Kohl Center. 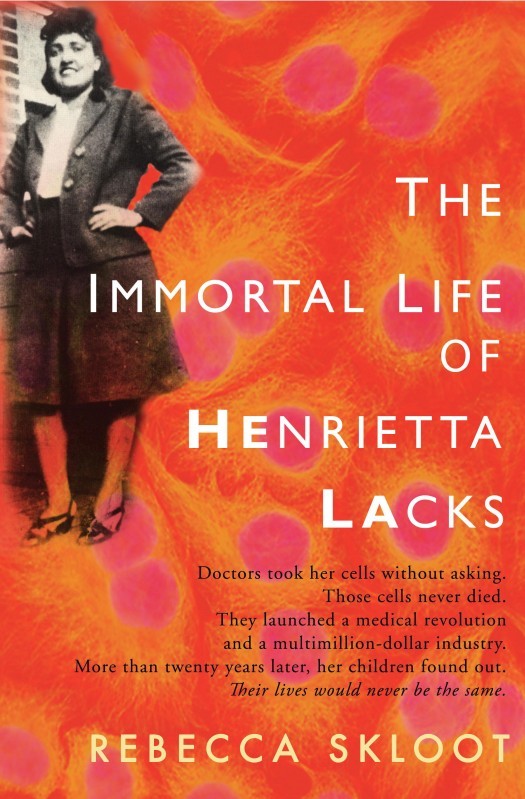 It’s rare to ask an author whom she would like to play her in a movie being made from her book. But Rebecca Skloot is in a position to speculate on such things.

The author of “The Immortal Life of Henrietta Lacks” and the featured presenter for UW-Madison’s Go Big Read selection, has experienced a surge of exposure since publishing the story of the forgotten woman behind one of the most important tools in modern medicine.

Lacks was a poor Southern tobacco farmer, a mother of five in her early 30s, who died of cervical cancer in 1951.

Unbeknownst to her family, her cancer cells were harvested for research and never died. Those cells, known as HeLa cells, are still alive today and have been vital in the development of numerous scientific advances, yet Lacks’ descendants saw no profits or even acknowledgment from the scientific establishment.

The family felt a betrayal that Skloot explores from the inside as her reporting enmeshes her in the Lacks family.

Skloot spoke by phone from her Chicago home about her book, the issues it raises, and Oprah Winfrey’s interest in making it into a movie.

What do you hope students take away from your book as they go on to work in labs and do their own research?

It’s really important for scientists in general to think about the fact that there are human beings behind every biological sample that we use in a laboratory — they have their own lives, experiences and thoughts about what might be happening with those tissues, even if their names aren’t associated with them. It’s sort of a reminder to future generations of scientists to think about the people behind the subjects that are often used in research.

Also, it’s a story about how scientific progress happens faster than the regulations that govern it. For the most part, the regulation of science is retrospective. We often get to a point where we say, “Oops, we should have had certain regulations in place that we didn’t.” That’s an important thing for young scientists to understand, that it’s a constantly evolving field, and so is the oversight of it and the ethics of it.

We’re often learning new things that we didn’t know and couldn’t have taken into account. Like these cells, when they were grown in the 50s, scientists didn’t even know what DNA was let alone that someday they could look inside these cells and learn very personal information about (Henrietta’s) children and grandchildren. So it’s important to learn about the evolution of both science and the thinking about it.

It’s also a story that’s about the importance of communicating science to the general public. One of the big things the book is about is how essential it is for scientists to be able to communicate with people about what they’re doing on the level that anyone can understand. It’s also about the importance of the general public being open to learning about science. So for me, it’s not just what will the science students take from the book, it’s what will all students will take from it.

One of the amazing things about this story is that it shows how science affects everyone’s lives on a daily basis. People often can’t make those connections themselves. You often don’t really know, like, “How does cell research relate to me? Why should I care about cell research?” The answer in this book is, well, for a lot of reasons. First of all, there’s not a single person at the University of Wisconsin, in the United States — there’s pretty much no one out there who hasn’t personally benefitted from these cells in some way. Anyone who’s gotten a vaccine, taken various medications ... I try very hard to show how cell research, particularly HeLa cell research, has impacted every single person in some very personal way.

For some people it’s much more personal. There’s a number of students I hear from who say “My mother or my father or my grandmother had cancer and was treated with this drug that you wrote about in the book.” They read this story — which is in a lot of ways about family and what happens when you lose a mother — they read this as a very human story about the effects of cancer and death. They have this very personal connection to it, and they can say, “I didn’t go through that because they did. Their loss of their mother helped allow the life of mine.” The number of personal connections in the book to people in various fields goes on and on. I hope students take all those various things away from it. There’s something related to almost any field of study in the book.

Since the book was published, has anyone else come forward and told you anything you wish you could have included in the book?

Not in terms of the story of the HeLa cells and the progress of it. One of the questions that often comes up is, “Why did HeLa cells grow when no other cells did?” The answer is we don’t exactly know. I put whatever hints we have about that into the book, but we still don’t know. There’s actually a group of scientists now who are trying to get me a better answer to that question. It’s what everybody wants to know. It’s this big question mark in the story.

It’s pretty incredible to have started that kind of a dialogue.

When the cells grew, the scientists were so excited about them they just went forward. In terms of the family, their story has continued since the book came out.

I think it’s been a very positive, in some ways therapeutic, experience to see the public’s reaction to the book. They (the Lacks family) come to my events once in awhile and they’ll do Q&As with the audience. It’s opened up a dialogue between the family and the world, and even within the family.

Now, the younger generation of Lackses has read the book and can understand what these cells did. They’re just so proud of Henrietta and her contribution to science. They’re like, “Henrietta’s a rock star.” What her cells have done is amazing. That’s been really helpful for the older generations, to see how excited the younger generations are, to sort of reconcile some of their feelings about it.

I set up a foundation with the goal to help the Lacks family, and beyond that to help others in need. The initial beneficiaries are her family members, and so far it’s been able to pay full tuition and books for five of Henrietta’s grandkids and great-grandkids to go to college. It’s been able to help some of her other family members with medical expenses, so it has had a direct impact on her family, which has been great. A lot of that is from general readers who have read the book and want to do something in response. (Visit rebeccaskloot.com for more information on donating to the Henrietta Lacks Foundation).

Did you feel a particular sense of urgency to get this story out there before the history vanishes?

I felt that way from the beginning. The longer I worked on the story the more I felt that pressure. People from Henrietta’s generation were in their 80s and 90s when I began working on the story and they were dying as I was working on it. Sometimes I would interview someone and that person would die a few weeks later. There were a few people who I was supposed to interview and they died before I interviewed them.

So I constantly had this sense of chasing after history as it was vanishing. I definitely felt the burden of that. As I was gathering all this information, I became very aware of the fact that I was the only person who had all of this information, this history that was dying. By the time I finished the book, most of the people who held these memories, almost all of them were gone. Having all of that in my head for so many years and not on paper was very stressful. I felt it was incredibly important to get it out of my head and get it into a book. I also wanted to do it justice. I knew that I had all of this information that people had given me, including scientists, many of whom were of the same generation as those who died as I was working on the book. Bringing all of that together and putting it on paper in a way that I felt did justice to the whole story certainly kept me up a few nights, to put it mildly.

Your book was named one of the five best of the bestsellers by NPR. They called the book a “science thriller.”

I get that a lot, some version of science thriller. There is a detective-y kind of thing to it. The first time I heard the thriller part I was a little surprised.

Oprah Winfrey has plans to produce an HBO movie from the book. Did you expect that degree of success?

No writer is ever allowed to expect this kind of success. One thing I did know was that the facts of the story are so incredible that a lot of the reaction that I see the public having is the exact same reaction I had ... like, “I have to tell people about this.”

You’ll have to be a character in that movie.

I’m thrilled — the movie thing is amazing. For me there was a lot of talk about the different ways of making the movie. I was concerned about the need to fictionalize the story. The problem with basing a movie on this true story is that part of the story is about how much misinformation there has been out there, how getting the facts wrong has actually hurt the family. How do you do a movie so that this doesn’t become one more thing that hurts the family?

One of my big concerns would be it would be too easy to demonize the scientists, something I was very careful of in the book, to show the humanity behind both sides of the story. The fact that Oprah is involved and really connects to the family story has made me feel good. Also, some members of the Lacks family will be consultants on the film.

If you had to choose someone to play you ...

Who knows? I know several people who are pulling for Maggie Gyllenhaal. Lately, Rebecca Hall has been mentioned, the dark-haired actress who was in “Vicky Cristina Barcelona.” Her name came up and I thought, “Hmmm, that’s interesting. I could see that.” It’s been a lot of fun to speculate.

Author Skloot shares the human side of groundbreaking science

Henrietta Lacks unknowingly made an invaluable contribution to modern science: cells from her tumor.

What: An Evening With Rebecca Skloot, author of "The Immortal Life of Henrietta Lacks"

Rebecca Skloot, the author of “The Immortal Life of Henrietta Lacks,” is the featured speaker for UW-Madison’s second Go Big Read common-reading program. Skloot will speak at 7 p.m. Monday at the Kohl Center.