The December production of “A Christmas Carol” from Children’s Theater of Madison will be all new: new sets, new costumes, new script.

The concept of “redesign” is happening — in a more abstract sense — at performing arts groups across Madison. Orchestras, theater companies and dance companies are looking for new ways to draw in and captivate audiences, diversify their offerings and overcome a troubling concern: audience numbers that are lagging pre-pandemic levels.

Here are Madison's top holiday events, from the Nutcracker to a community singalong

The performance community is now entering the holiday season, a critical time for the bottom line, when many companies present familiar, sparkling classics that draw a broad range of ticket-buyers and create new fans.

Shows like Madison Ballet’s “The Nutcracker,” “Winter Fantasia” from Kanopy Dance and CTM’s “A Christmas Carol” are generally big sellers that can help a company subsidize the rest of its season, or could finance a new venture that might attract smaller audiences but stretches the company in new ways.

And for holiday shows, dedicated ticket-buyers tend to bring along friends and family.

“If you like and value local performing arts,” said Jennifer Uphoff Gray, artistic director of Forward Theater, “the best thing you can do is buy a ticket.”

Madison has long been a stronghold of creativity in Wisconsin, which ranks 49th in the U.S. for state funding for the arts. Still, local audiences — who even before the pandemic were notorious for buying tickets just before a show — are trending even more last-minute. And that can put theater and classical music presenters in a tight spot.

“People are not wanting to commit as much far in advance,” said Robert Reed, executive director of the Madison Symphony Orchestra. “It can give you palpitations at times, wondering if something is going to sell.”

Nationwide, many orchestras and other performing arts companies have seen a dip of at least 30% in overall ticket sales since the pandemic, Reed said. Most Madison groups have not escaped the trend.

“People need to figure out what is important to them and what the community needs,” he said. “One of the things that makes Madison attractive is that it has a strong cultural community. When you come to Madison, you don’t feel like you have to go to Chicago to have a good cultural experience.”

A “State of the Arts” report released by the Wisconsin Policy Forum in April found that arts employment in Wisconsin was recovering from the pandemic more quickly than in many states. And so far, the vast majority of arts and cultural organizations in the state have survived.

“The arts made it through the pandemic because of the federal support and the dollars from the state that it received” in COVID relief funds, said George Tzougros, executive director of the Wisconsin Arts Board. “But that money’s gone now, and the challenges remain.”

As with health care, the COVID-19 pandemic exacerbated trends that were already underway — and are linked to larger social issues, said Sarah Marty, director of the Bolz Center for Arts Administration at the UW School of Business, and producing artistic director for Four Seasons Theatre.

Today’s younger audiences tend to have less generational wealth and less disposable income than their parents, Marty noted. And as financially strapped school districts have slashed arts programming, young people who are potential future arts supporters have less exposure to the arts in school.

Arts organizations will likely have to rethink their traditional way of doing business, Marty said. That might include tempering a heavy reliance on subscription sales, where devoted audience members buy a full season lineup of shows in advance.

Subscribers are highly prized: They provide an organization with early cash flow and lower marketing costs, because an early subscriber doesn’t have to be wooed repeatedly with ads and promotions. Subscribers also tend to be loyal and are more likely to become donors down the road.

Today, “people are spreading their arts dollars around to different art forms,” Marty said. “That’s wonderful for the audiences, but difficult for the arts organizations.”

And some people are still staying home. “We have all been changed by this pandemic,” she said. “Some people have developed anxiety in crowds or lost income.”

For Children’s Theater of Madison, an early subscription sale — offering ticket-buyers up to a 40% discount on CTM’s 2022-23 slate of shows — exceeded expectations. But single-ticket sales for the company’s first show of the season, “The Mole Hill Stories,” did not do as well as hoped, said CTM executive director Allen Ebert. And school matinees for CTM shows have been slower to return, because schools are dealing with a shortage of bus transportation for field trips as well as administrative turnover, he said.

Theater companies can only raise ticket prices so much, or risk alienating audiences. Meanwhile, production costs are way up — inflation hits the arts like everybody else — meaning more dollars needed to build sets, create costumes, hire staff or rent space.

And the “new normal” includes the extra cost of COVID protocols and hiring understudies in case someone in the cast falls sick.

“I don’t know if there’s a (theater) company in the country that isn’t” dipping into reserves to meet those rising costs, said Gray of Forward Theater. “I don’t know of any company anywhere that is bringing in enough revenue to cover the costs of doing what we do, unless they cut back drastically on what they’re offering to audiences.”

Forward Theater went so far as to post its season budget on its website, including $6,760 for “COVID-19 Safety” expenses and $259,765 to pay and provide benefits for 93 actors, directors and designers.

Gray expects that eventually audiences will come back, along with their ticket dollars.

“I think it will turn around,” she said “The question is how long it will take.”

For most performing arts companies, the news is mixed. Although ticket sales for Madison Opera’s “Salome” in early November were not as brisk as hoped, according to general director Kathryn Smith, the opera’s subscription sales are up 3%.

The Wisconsin Chamber Orchestra has seen a 30% rise in subscriptions over last year, and tickets for its upcoming concert of Handel’s “Messiah” on Dec. 7 are expected to sell out, said CEO Joe Loehnis. Single tickets for a recent WCO Masterworks concert were a bit slower, but “I’m feeling good about audience return,” Loehnis said.

Madison Ballet, energized by the recent hire of its new artistic director, Ja’Malik, expects at least a few of its 1,129-seat performances of “The Nutcracker” to sell out, said CEO Jonathan Solari.

That’s critical, because ticket sales for “The Nutcracker” account for a third of Madison Ballet’s annual operating budget, Solari said.

“We’re really optimistic,” he said. “I think there’s a pent-up demand and a desire to get in a celebratory mood and see some good art.”

A one-man show from Four Seasons Theatre in October featuring legendary former UW Band director Mike Leckrone “broke even,” Marty said. Four Seasons has “been very conservative about coming back” from pandemic closures and will only stage one other production this year, “All is Calm: The Christmas Truce of 1914,” which sold well in its previous productions in 2019 and 2021, she said.

There’s “no magic bullet” to filling theaters again, said Marty, but many Madison companies are taking innovative steps to better connect with their audiences — with small-cast shows in intimate settings, pre-show lectures and video interviews with guest artists, for example.

“Everyone’s trying different things,” Marty said. Since the start of the pandemic, “we’re all talking to each other. People are really working together and they’re sharing. You’re being vulnerable.”

Overture Center for the Arts, which is home to nine local resident companies such as the MSO and CTM, is also an arts presenter with its “Overture Presents” series and touring Broadway shows. Overture too has seen a decline in season subscriptions.

And though Broadway sales have been good, audiences are proving “a little less risk-taking,” going mostly for well-known titles or performers, said Emily Gruenewald, chief development and communications officer for Overture.

“I will say that probably it was moving that direction pre-pandemic, and the pandemic just solidified that,” she said.

Overture’s annual Black Friday sale has returned this week, with tickets to dozens of shows discounted by 25% through midnight Monday. The arts center is also using more digital advertising and social media, such as an “Instagram takeover,” where the cast member of a visiting Broadway show talks about their day in Madison.

Efforts like that are meant to take audiences “behind the scenes” and remind them how much the arts are part of their daily lives.

Gruenewald recalled a Friday night earlier this month when the Overture Center felt like its old self, with spirited audiences flooding into nearly every performance space in the massive building.

“We had Forward Theater in the Playhouse, a Prince tribute in Capitol Theater, Madison Opera in Overture Hall and receptions all throughout the building,” she said. “It just felt so good to have people coming together for a shared experience.”

The MSO’s Reed agreed. “We want people to feel the energy,” he said, “that comes when you have a full hall.”

Madisonian T.R. Loon has spent nearly a half century delighting audiences with his jokes, plate-spinning antics and flying monkeys.

She cooked more than 4,430 meals this year — and gave them all away

Volunteer Michelle Ogilvie cooks for, and listens to, people experiencing homelessness. She cooks and gives away about 150 meals each week.

A summer cottage in Monona and an industrial loft in Downtown Madison join the National Register of Historic Places.

Today's paper delivery may be late due to production issues

Our delivery deadline has been extended until 9 a.m. 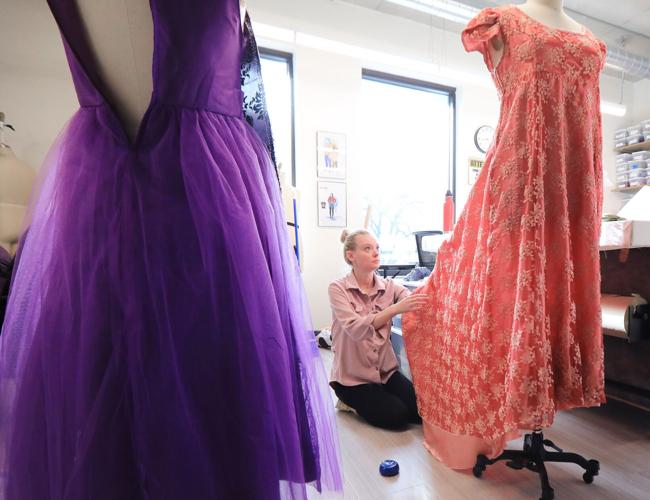 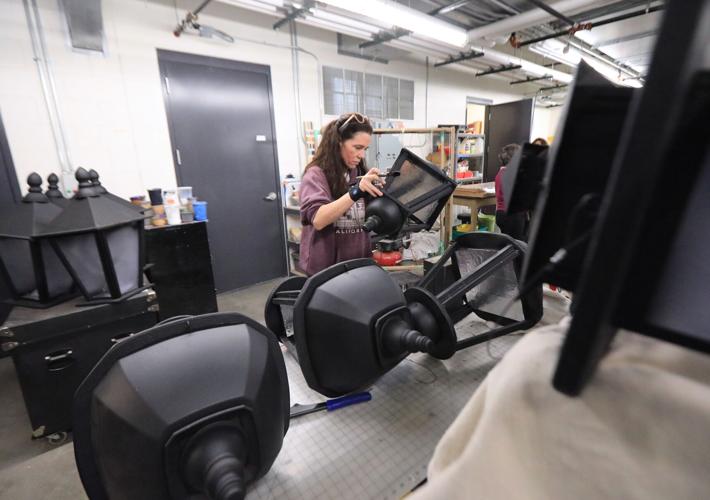 In the scene shop for Children's Theater of Madison, Karen Ebert assembles street lights created for an entirely new production of Charles Dickens’ “A Christmas Carol." Holiday shows are a critical time for arts organizations' bottom lines, and they're hoping people will come back. 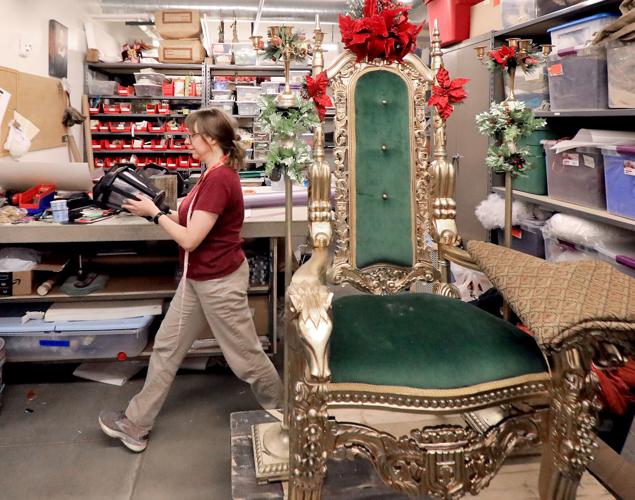 Laurie Everitt works in the production shop of the Children’s Theater of Madison. Dedicated patrons tend to bring family and friends to holiday shows such as the upcoming production of "A Christmas Carol," creating the potential for new fans of the arts. 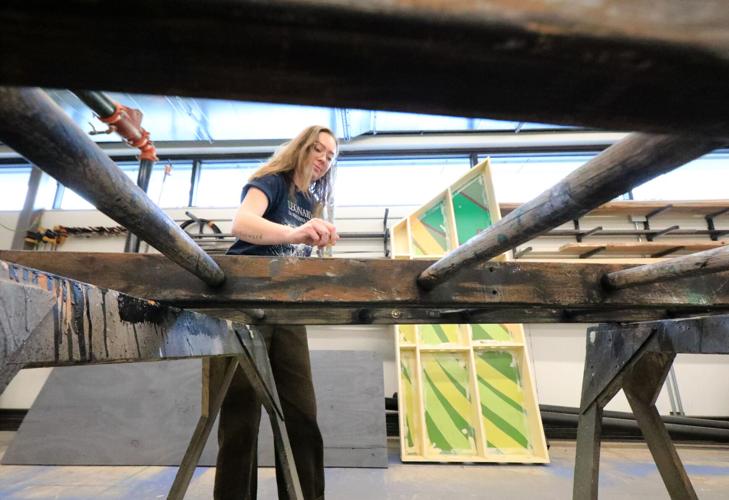 Abby Johnson paints stage elements for the upcoming production of Charles Dickens’ “A Christmas Carol” from Children's Theater of Madison. 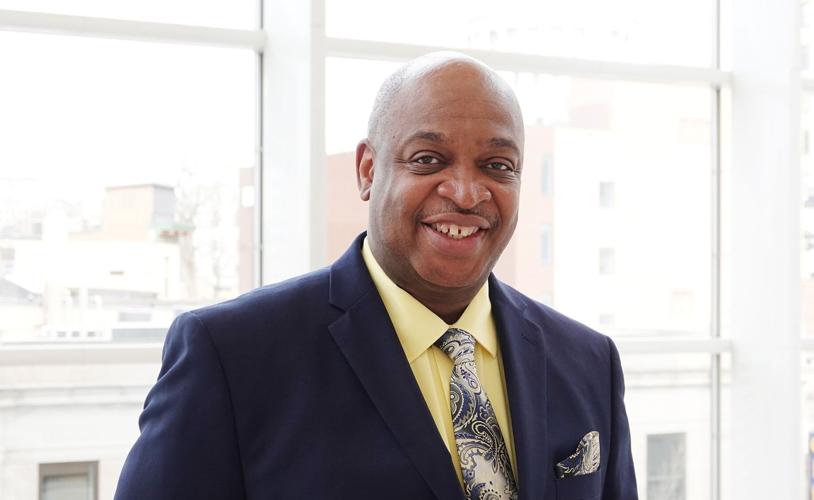 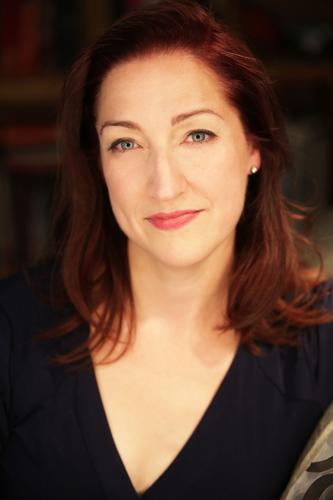