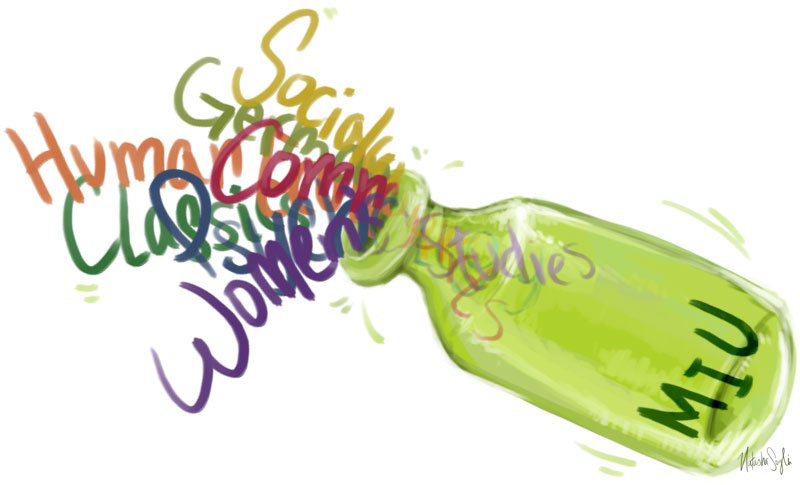 ""There were many more good proposals than we could fund,"" said Aaron Brower, vice provost for teaching and learning. ""They just didn't rise to the very top because of how competitive it was.""

According to Brower, out of the 114 submitted proposals, the committees and Martin hope to fund between 15 and 25 programs.

Physics professor Peter Timbie did not know his proposal to establish a physics course for undergraduate biological science majors was not part of the top suggested proposals. The proposal's estimated cost for the first year was $112,000.

According to Timbie, the physics department has been working on this project for 10 years and has applied for funding from the National Science Foundation but was rejected because the NSF thought the university should fund the project.

""Students and faculty often wish that their intro physics experience was more fun or more relevant and we're disappointed that we can't make that happen through this program,"" Timbie said.

According to Brower, Martin can choose to accept or reject the recommendations so the committee did not want to get ahead of where her decisions were by communicating the recommendation results to the departments and programs.

""The committees worked very hard and looked very thoroughly at the proposals, so the recommendations are very solid and I think she'll take those recommendations very seriously,"" Brower said.

The Chicano(a) and Latino(a) studies program submitted a $250,000 proposal to expand the program to include service learning experiences, courses geared toward enhancing professional training for nursing or social work in Latino communities and increasing faculty resources, according to Director Sandra Magaña.

""One of the things that I think has been undervalued in this initiative is the importance of the ethnic studies programs and courses,"" said Magaña. ""There's an ethnic studies requirement for every student but they're not putting any resources into those programs that are cranking out those classes.""

""Every year we turn away about 50 percent of the applicants because we don't have the space,"" said Radwin. ""Biomedical engineering is the biggest bottleneck in engineering.""

The biomedical engineering proposal's objective was to provide resources so that the department could increase enrollment to ""fit as many students as there is a demand,"" Radwin said. The proposal would have cost $1.5 million over three years.

According to Radwin, his department will try again to gain funding through MIU because it is something students are interested in and the future of engineering.

""Not only are the engineering students interested in it but the students involved in the selection process rated it a very important program, so I certainly hope that influences the chancellor's selection,"" said Radwin.

Round one and round two MIU proposals focused heavily on faculty hires in high-demand areas like chemistry, foreign languages and math, according to Brower.

""I think after round one and two most of the really pressing, high-demand areas are going to be dealt with and I think there's going to [be] more of a focus in round three on those people who have submitted proposals in emerging areas using innovative technologies,"" said Brower.

""Part of the reason we're constraining ourselves this round is that we want to reserve enough money to have a third round [of MIU proposals],"" Brower said.

According to Gary Sandefur, Letters and Science dean and ex-officio member of the oversight committee, both committees looked at the quality of the proposals and did not pay a lot of attention to spreading the money across different departments or schools.

""I think the proposals that ended up being highly ranked are all really good proposals and I understand why the review committee ranked proposals the way they did,"" said Sandefur. ""The only concern I have is that deans have a deeper, more thorough understanding of a department's or college's needs.""

According to Sandefur, there are three options for proposals that do not get the funding: The departments can apply for the third round of MIU selections, seek interested donors with the UW Foundation or make a case to the university that the program is important enough to be funded outside of the MIU process.

""I hope to get the permission of some of the really good and successful departments to share their proposals with other departments so people can see what kind of proposal was really convincing and compelling to the oversight committees,"" said Sandefur.