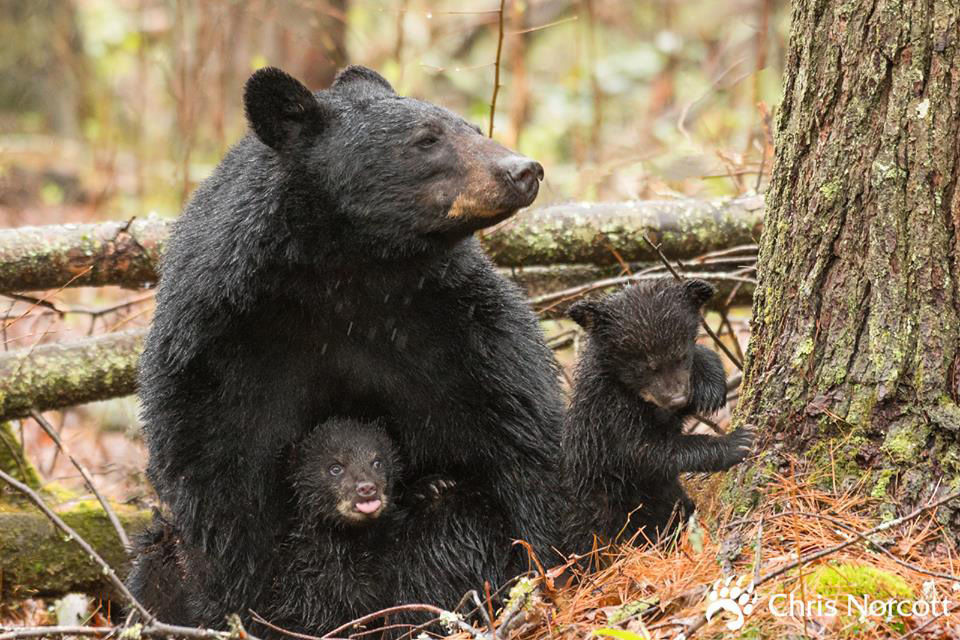 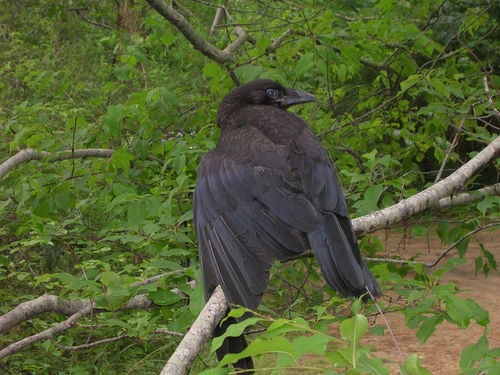 “(T)he United States is a country that is fundamentally built on lies about itself.”~ Jeremy Scahill, author of Dirty Wars: The World is a Battlefield, on Democracy NOW! Aug. 21, 2018

The Wisconsin Department of Natural Resource’s mission statement starts off: “To protect and enhance our natural resources: our air, land and water; our wildlife, fish and forests and the ecosystems that sustain all life.”

Sounds pretty. Sounds worthy. It is fundamentally a lie.

DNR policy is exactly the opposite of its mission statement.

Chris Norcott, the photographer who framed the above photo, has spent a lot of time with black bears. He commented on how tender bear mothers are with their cubs, and said, “Black bear cubs are said to have a 50 percent chance of survival during their first year so their mother has a challenge ahead of her to keep her cubs alive in the wild.” (Norcott later reports that the mother in the photo lost one of her cubs.)

He continued: “I will not compare bears to humans when it comes to child rearing. I've never witnessed (after spending 1000s of hours with them) a bear being cruel to their offspring. Humans have been cruel and violent towards their children as we all know by reading/watching the daily news. Sometimes while I spend time with bears and other wildlife I wonder which is the evolved species.”

Year after year, this column has alerted Wisconsin citizens to the massive suffering of our wildlife in planned killing sprees that definitely do not protect or enhance, but destroy hundreds of thousands of our fellow wild brothers and sisters — wantonly, randomly, for the minority of people who enjoy killing.

According to the Wolf Patrol, the DNR estimates that 4 million gallons of sugary donuts and breads are dumped in Wisconsin's woods each year from April through the killing season of Sept. 5 to Oct. 9. Twelve states allow bear baiting. The average length of time baits can be used is 23 days. Wisconsin allows baiting for six months. Unlike neighboring Minnesota and Michigan, the DNR does not limit the number of bait piles or require bear killers to register the sites. An estimated 15,000 dogs chase bears and other wildlife through the woods starting July 1 through the kill. In this YouTube video, a drone is used to harass a treed bear.

I emailed the DNR media spokesman James Dick to ask if dogs could be run on bears or other wildlife day and night, no time restriction or license required. He replied, “Correct. There is no hour restriction during the bear dog training season and no license is required for training from July 1 through August 31.” He continued, ”Semi-automatic firearms can be used for hunting all species of wildlife. Fully automatic firearms are prohibited. Bump stocks are not prohibited in Wisconsin and therefore may be used for hunting purposes. (Bump stocks convert a semi-automatic into a fully automatic gun.) Expanding bullets are required for deer and bear hunting.”

The DNR does not keep record of how many dogs and men are in the woods chasing and tormenting our wildlife or for how long, day or night. When dogs tire, new dogs can be put on the trail to exhaust the bears. Black bears have no sweat glands. They cannot pant out the heat from being run for miles, so they die from heat stroke. Bear cubs, born this spring, cannot outrun the dogs. A former bear hounder told me that cubs are caught and killed by packs of dogs to teach them bloodlust.

A sample of bear hounding can be seen in this video. Five minutes of a Wisconsin bear hunt can be seen here.

The bears learn during the July/August “training” that if they climb a tree they are safe. Then the killing starts Sept. 5.

Every bear in the woods is traumatized by having a cub or mother or sibling killed. Orphan bears need their mother to den the first year. Forty-eight percent of the bears killed are female, many of them mothers.

This DNR cannot be reformed — it needs to be abolished and replaced with an agency that stewards our wildlife with respect and care. We need an agency that represents all of us.

The photographer Norcott voiced his opinion of similar atrocities: “They were baiting bears for weeks prior to the start of the hunt and charging hunters a fee to use their property for an easy kill the day the hunt started. I don't know about you but I feel it's unethical to fool a bear into believing he or she is safe and has an easy meal for several weeks only to be gunned down by those they grew to trust. Our bears deserve more respect and value. I'll never forget one hunter bragging on Facebook about killing a mother with 3 cubs and having to pull the crying cubs off her body so he could skin her for a rug. These are not real hunters but cowards.”

Bear hunters are liberal with their comments and money-lobbying of the Legislature. But nonhunters are the majority. We can flood our legislators with outrage against the treatment of our bears and other wildlife. We have a chance in the mid-term elections to choose our most humane candidates. Find your legislators here. Please call both senator and representative and tell them you stand against this bear kill, hounding, and baiting.

Send email comments against these atrocities in our national forest to Chequamegon-Nicolet National Forest officials at: cnnfadmin@fs.fed.us.

Patricia Randolph of Portage is a longtime activist for wildlife. madravenspeak@gmail.com or www.wiwildlifeethic.org

Los Angeles Times: The California salmon wipeout is even worse than you think

The news reports about the California salmon wipeout got a good chunk of the story right: Record-breaking heat waves made northern California …

"This broad agenda is aimed at addressing the challenges of everyday life."