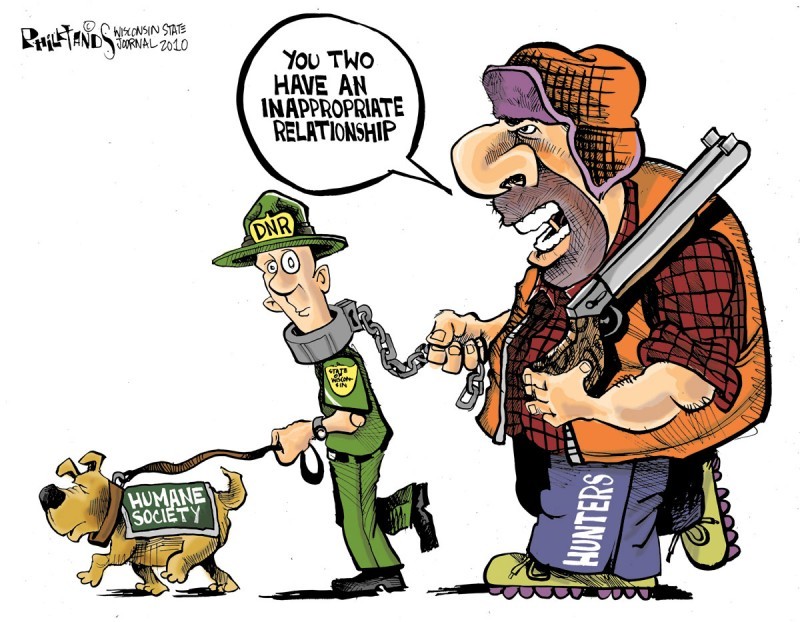 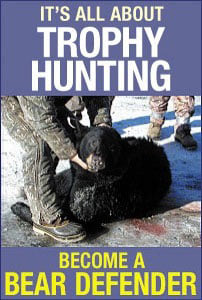 Transparency and democratic participation are the remedy.

Madravenspeak invites all citizens to attend the 77th annual DNR election to run candidates to represent you in decisions governing our state parks, the Stewardship lands we all purchase, and the care of our wild brethren. This election Monday, April 11, at 7 p.m., with locations in every county and all 85 proposals up for your vote, is the main point of power for our commons.

Two candidates are needed to run in each county every year because all of the power is in representation. You can nominate each other on the floor that night. The election is the first order of business.

Citizens in Wisconsin understand that voting is a serious responsibility. We can generate harmony with nature if we choose to participate in this political system.

The DNR and Natural Resources Board have been complicit in omitting stakeholders who buy state park stickers, and even wildlife rehabilitators, from alerts about this election, which is designed to exclude the general public and concentrate power in the consumptive lobby. What does not look or act like an election has slid under the radar of even the most progressive and politically saavy. Killing is sold as conservation. Complete control by hunters is treated as a norm. The media promotes this with only the view from the blind -- the killing blind.

The domination of ATVs, snowmobiles, hunting, trapping, hounding and disruption of natural systems on behalf of the Wisconsin Wildlife Federation’s organized death machine is total and unmoderated.

They have pulled this off for a stunning 77 years!

As in any tyranny, it is not just the harm done extracting our riches for private take, it is the good not being done. Killing is the dominant paradigm. A wide variety of wildlife-friendly initiatives would more accurately represent the 2.5 million wildlife-watching majority in Wisconsin. But you have to show up!

Lynn Rogers, who has studied bears for 40 years, says we have completely misjudged them: “You are never so safe as you are in the woods with a black bear.” Do you want 5,000 bears, most killed as cubs, shot out of trees with statewide bear hounding? (Click here to watch a Humane Society video on hound hunting, or on the video at the left.) That is up for a vote April 11, along with a fervent desire to kill 350 of our 700 wolves. Weren’t wolves a DNR money-making endangered license plate image recently? Mourning doves mate for life. We can reclaim them.

Wolves, black bears and mourning doves rarely harm humans. Why are we allowing them to be killed for recreation? Unlike us, they are living in harmony with nature. Topsy turvy.

Do you want all state parks mandated to maximize hunting and trapping opportunities? Attend April 11.

A retired forester, after attending the last election, wrote: “The Conservation Congress is an organization that has been captured by a small group of people who use it to persuade, pressure and push the state conservation agency to trap or shoot any animal or bird of any target size or with pelt value. Period. Most of the so called ‘conservation’ questions on the ballot (probably 95 percent by count) deal with killing questions. Any other opinions are not wanted. This state continues to use steel jaw traps that have been outlawed in other places around the world. It still uses lead shot no matter what the effect on animals or the environment. The Congress is and will remain a totally useless organization to those of us who want something else than conservation by death.”

He goes on to say that “the rest of us can go talk to a wall.”

The rest of us can reform this election by attending. Please network this column and a website set up by an enterprising Madravenspeak reader: "Speak Up for Wildlife". Being a delegate involves a meager commitment of about 25 hours a year. Delegates have the ultimate power to generate or dismiss new initiatives. Prepare to stay the entire evening to learn the process. Take ID proving you live in that county. Invite friends.

This is your one night to help turn the topsy turvy world right side up and let our wildlife breathe a long overdue sigh of relief. And breathe. And breathe.

Contact Madravenspeak@gmail.com for information or if you would like to be a candidate. The poster (attached) can be adapted by pasting in your county locations. The DNR website has all county locations and the 85 hunter proposals up for vote.

Patricia Randolph of Portage is a longtime activist for wildlife. madravenspeak@gmail.com