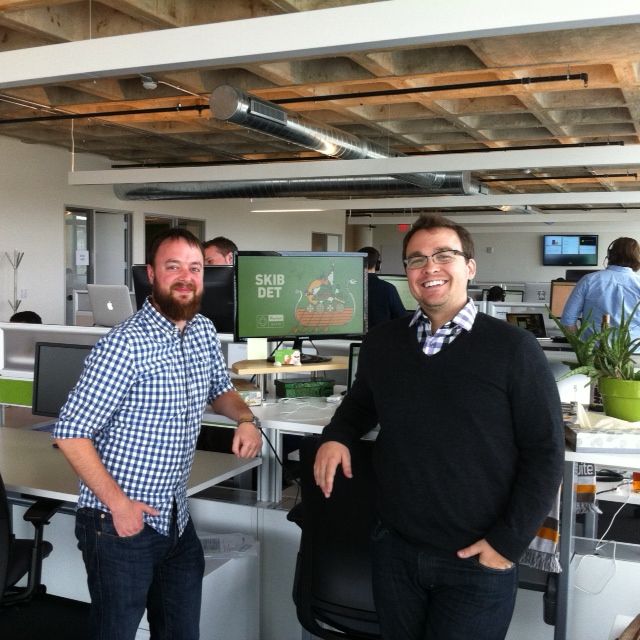 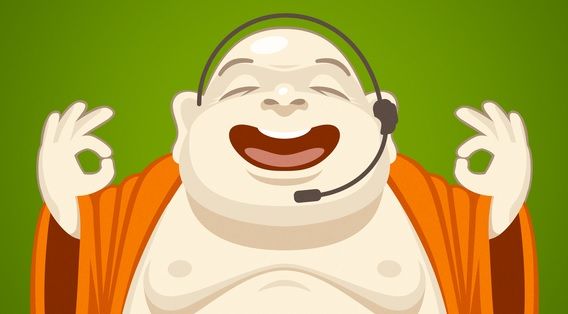 San Francisco-based Zendesk, whose company logo is featured here, has opened an office in Madison in the Glass Bank building on the Capitol Square with 60 employees. 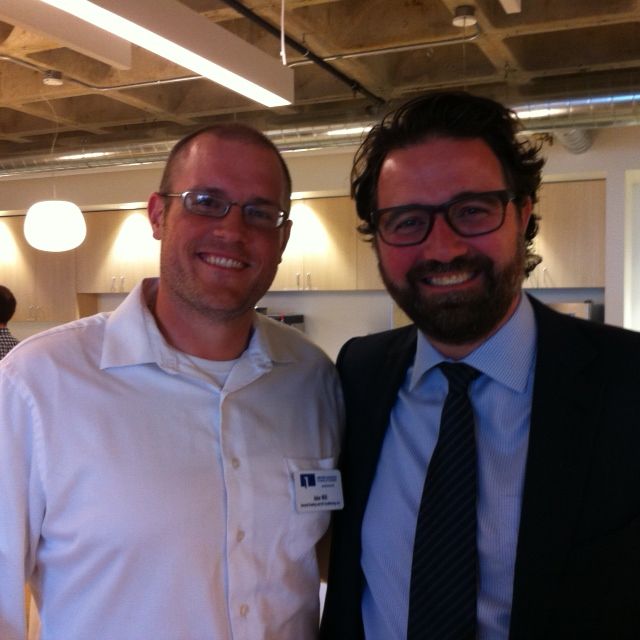 Zendesk founder & CEO Mikkel Svane, right, with Jake Will of General Heating and Air Conditioning during the opening of the new Zendesk office in Madison. 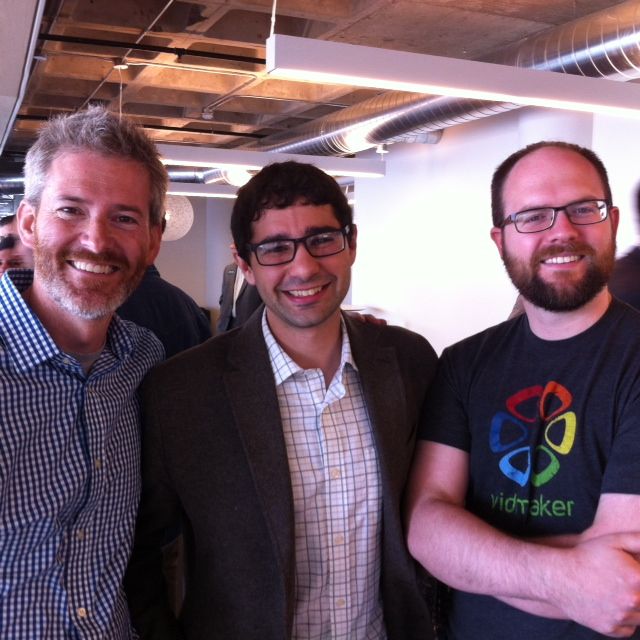 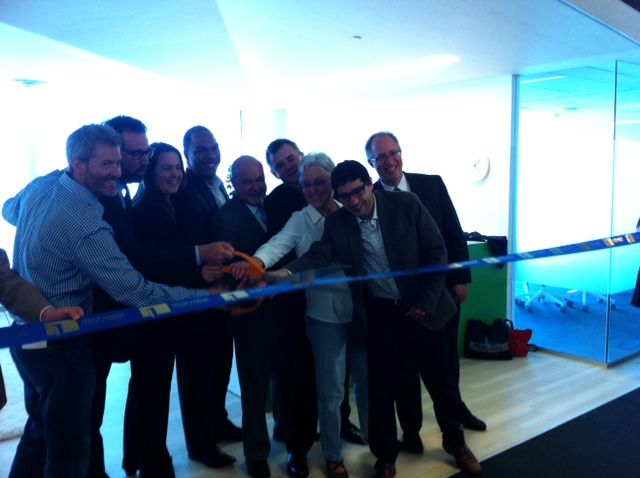 The company unveiled its new offices on the sixth floor of the Glass Bank building at 1 S. Pinckney St. Wednesday to an enthusiastic crowd of local business leaders and politicians.

Zendesk has maintained a handful of employees in Madison over the past two years with the intention of eventually relocating them to company headquarters in San Francisco. But after CEO and founder Mikkel Svane visited and liked the local vibe, the move was made to open an office here.

"This is the biggest news on the tech scene since Google opened its offices here," says Ald. Scott Resnick, who was joined by other Madison alders including Mark Clear, Ledell Zellers, Maurice Cheeks and Chris Schmidt, along with U.S. Rep. Mark Pocan and state Rep. Dianne Hesselbein, at the opening.

Today, the company counts some 60 employees in Madison and is adding more. The office here is the largest in North America outside of San Francisco and will serve as the company's primary global support center.

"We will continue to hire aggressively because we have found a source of great talent," Svane said during a tour of the 14,000 square foot space.

Svane says he was drawn to Madison's burgeoning tech scene and noted similarities with his hometown of Copenhagen, the bicycle-happy, family-friendly capital of Denmark.

"Trying to get people to move to San Francisco is difficult, especially for people with kids," he says. "It is just crazy expensive."

In fact, over 90 percent of the Zendesk employees in Madison are from Wisconsin. That includes the newly named vice president of customer advocacy, Greg Collins, who was working with local IT start-up Shoutlet before joining Zendesk.

"I think it's a good fit for Madison," he says.

The UW-Madison is proving to be a good supplier of the raw talent. Zendesk supports a program through the Division of Information Technology (DoIT) where students work at the UW's help desk using Zendesk's customer service platform. That makes for an easy transition to the private sector.

Eliot Dyson, one of Zendesk's first Madison hires, has a degree in theater from the UW and quickly realized he was more employable as a help desk expert.

Dyson, 29, expected to eventually transfer to San Francisco but is thrilled to be living in Madison and renting an apartment at the Constellation just down East Washington Avenue from the new Zendesk offices.

Zendesk is involved in volunteer efforts in San Francisco and is looking to do similar things in Madison. It has entered into a community services agreement committing at least $75,000 to local charities along with 400 hours of volunteer time and a goal of 90 percent employee participation.

Founded in Denmark in 2007, Zendesk has more than 45,000 customer accounts and is used by organizations in 140 countries providing support in more than 40 languages. It also maintains regional offices in Manila, Dublin and London.

The company made an initial public stock offering in May and trades on the New York Stock Exchange under the symbol ZEN.

Steve Case visits as part of his "Rise of the Rest" tour highlighting entrepreneurial activity outside of Silicon Valley.

San Francisco-based Zendesk, whose company logo is featured here, has opened an office in Madison in the Glass Bank building on the Capitol Square with 60 employees.

Zendesk founder & CEO Mikkel Svane, right, with Jake Will of General Heating and Air Conditioning during the opening of the new Zendesk office in Madison.