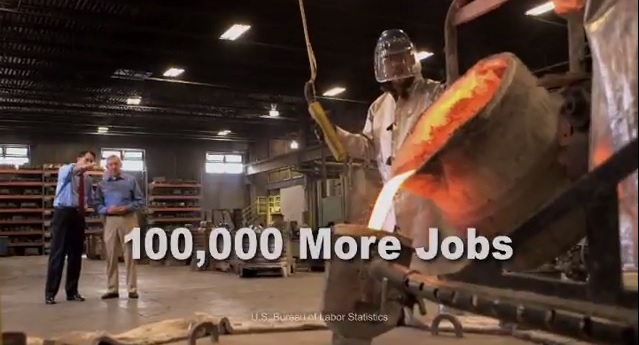 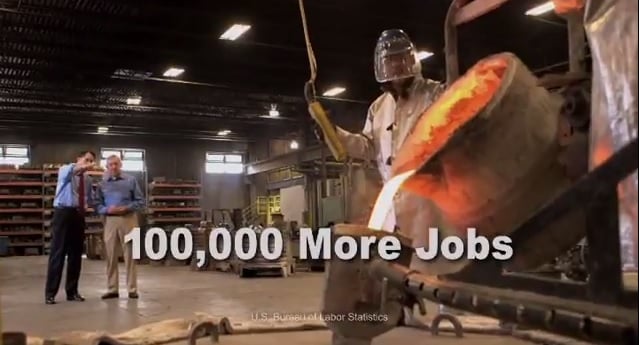 The Walker campaign took aim Friday at Democratic contender Mary Burke’s first campaign ad, striking back with its own commercial that states the unemployment rate dropped during the governor’s first term in office.

In Burke’s ad, which first aired on YouTube Wednesday and will begin airing in select television markets Friday, the claim is made that the state’s unemployment rate jumpied from 4.6 percent to 6.2 percent under Gov. Scott Walker.

Since it first aired, PolitiFact Wisconsin rated the ad’s claim as "pants on fire." Now Walker’s campaign is making the same claim.

“Quite the contrary, Mary,” says the narrator in the Walker ad. ”Why would you start your campaign out with a lie?”

The Walker ad says the state’s unemployment rate in November 2010 when Walker was elected to office was 7.8 percent. It is now 6.3 percent.

The commercial goes on to specifically point out that the state has created 100,000 jobs under Walker, indicating the governor plans to own that number as opposed to the 250,000 he set as a goal in the 2010 campaign.

Regarding the discrepancy in unemployment rate, Burke spokesman Joe Zepecki told PolitiFact, “We’re not examining it in terms of (Walker’s) time in office overall. We’re comparing it with what it was when Burke was commerce secretary.”

Burke was commerce secretary under former Democratic Gov. Jim Doyle from 2005 to 2007 when the unemployment rate was lower than it is now. But Burke’s ad doesn’t not make that distinction, an omission that earned the ad a “pants on fire” rating, PolitiFact's most severe.

Going the distance: Madison teachers miss their students as they adjust to virtual learning

Will Flanders: We can ease the hardships of educating during COVID-19 with smart policy