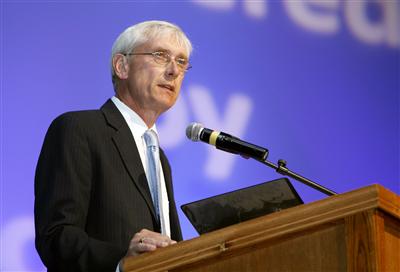 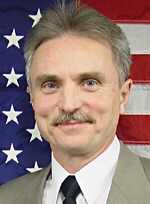 Last week, Senate Democrats lashed out at a Republican bill they said was intended to weaken the already enfeebled Office of the Secretary of State, currently held by Democrat Doug La Follette.

"It's directed to take the one Democrat elected to statewide office and cut him out of the legislative process," state Sen. Fred Risser, D-Madison, says of the legislation, which would remove the secretary of state’s ability to delay the publication of a bill for up to 10 days after passage, as La Follette did following the controversial passage of Gov. Scott Walker’s collective bargaining bill two years ago.

Technically, Risser is correct. The secretary of state, which Gov. Tommy Thompson long ago relegated to obscurity, is the only statewide office held by Democrats.

But while the superintendent of public instruction is technically a nonpartisan position, current Superintendent Tony Evers, like his predecessors for the past 30 years, is supported by Democratic-affiliated groups and has been an outspoken opponent of many of Walker’s policies.

And unlike La Follette, Evers has a meaningful platform to influence one of the most important issues facing the state.

It’s noteworthy, then, that Evers does not seem to be a significant target for conservatives, even though his lone challenger in the April 2 election for another four-year term is a GOP member of the Assembly: Don Pridemore.

It could be that conservatives see a fight against Evers as futile — he is the incumbent and the position has been held by ideological opponents for decades. But Evers' tenure has also been marked by a number of initiatives in which he has collaborated with conservatives, notably Walker.

There was a time when it seemed that the power of the state superintendent’s office would be much diminished. In the 1990s, then-Gov. Thompson tried to set up a separate department of education and education secretary who would answer to the governor, essentially replacing the Department of Public Instruction. The state Supreme Court struck down the law, however, finding that any attempt to take education authority away from the superintendent violated Article X of the state constitution, which vests all authority for the “the supervision of public instruction” in the superintendent.

As a result, Evers has the power to shape how education laws will be enforced and how education guidelines put forth by the Legislature will be implemented.

The two most important policies Evers has developed during his tenure are a new statewide “common core” curriculum and a new system of evaluating students, teachers and schools. The curriculum lays out a number of benchmarks for literacy and mathematics that state students are expected to achieve.

The evaluation system creates “report cards” for schools based on a number of factors, including student performance on standardized tests, attendance rates and dropout rates. The tests do not simply judge the students’ performance; they assess the students’ progress from prior years. It reflects favorably on a school if a student who scored in the 25th percentile in 3rd grade in a subject, for instance, rises to the 50th percentile by 6th grade.

Similarly, Evers has sought accountability measures for teachers that assess the value a teacher adds to a student’s expected growth. While the “value-added” is calculated by a complex statistical model devised by the Value-Added Research Center at the University of Wisconsin, the simple idea is to assess the role a teacher has played in improving a student’s performance. For instance, why did test scores for one class of third graders suddenly jump dramatically ahead of the third grade class next-door?

Such measures might be used to reward or sanction teachers some day, but for the time being, they are merely a means of gathering information and hopefully helping schools identify best practices.

They’re “there to support teachers and schools, not to punish them,” explains Evers, who boasts that the policies were crafted with the input of all major stakeholders, including the Walker administration and the state’s two largest teachers unions.

On other education-related issues, however, Evers has butted heads with Walker. He spoke out against the governor’s successful push to strip most public employees of collective bargaining rights, and Evers has also advocated for significant increases in school funding — both by increasing state aid to schools and by allowing local school districts to raise additional revenue through property taxes.

Running for reelection this spring, Evers is a significant favorite over Pridemore, R-Hartford.

Evers has the support of most of the important institutional education groups, namely teachers and administrators. In his last bid for the office, in 2009, he raised $192,000, almost half of which came from teachers union political action committees (PACs) and the School Administrators Alliance PAC. While the PACs have not yet given large sums in this election, Evers’ most recent finance report ($75,000 on hand) shows a study flow of donations, largely from education officials around the state.

“He understands the importance of high quality public education and has the skills and experience to provide leadership at the state level,” explains Jim Lynch, executive director of the Wisconsin School Administrators Association.

Pridemore’s campaign does not appear to have gained much traction. His most recent campaign finance report shows a war chest ($50,000) that consists almost entirely of money he has loaned his campaign, and Republican insiders say there is little interest from the party or conservative groups in backing his campaign.

Pridemore, unabashedly conservative, nevertheless says that Act 10’s potentially debilitating effects on unions creates an opportunity for a candidate who will challenge what he sees as organized labor’s stranglehold on public education.

Act 10 “removed the obstacles that forced union membership, forced union dues,” he says. “That creates an opportunity for someone like myself to run for superintendent.”

Compared to Evers — a former teacher, principal and district administrator — Pridemore’s education resume is light. He is adamant, however, that what schools need is more influence from the private sector.

Furthermore, he says he opposes state control of most important educational decisions. Unlike many Republicans, he is even against state standardized tests to evaluate local teachers and schools.

“I would put more emphasis on the principals, local control. I’m not going to dictate teacher evaluations from DPI,” he says, noting that his preferred method of measuring success would be to track students after they graduate, to see what kinds of jobs they’re getting. The lack of such tracking, he says, is why the Milwaukee School Choice program has not received the recognition it deserves.

Although Evers has called for more investment in career and technical training, Pridemore alleges only “10 to 15 percent” of DPI’s “common core” curriculum is worthwhile.

“The rest of it is humanistic, socialistic curriculum,” he says.

What does socialistic curriculum entail? I ask.

“Revisionist history — all these programs that try to get to your emotions, your feelings instead of the basic reading, writing, arithmetic” and other practical skills, he says.

“My observation is that the folks in Wisconsin will have a crystal clear difference on the record between us.”

Jack Craver joined The Capital Times in January 2012 to write about state and local politics. As a UW-Madison student, he founded a local political blog, The Sconz, which became a popular source of news and commentary on campus, city and state issues.

UW, lawmakers look to comply with Trump Title IX changes; Biden expected to have his own

UW, lawmakers look to comply with Trump Title IX changes; Biden expected to have his own