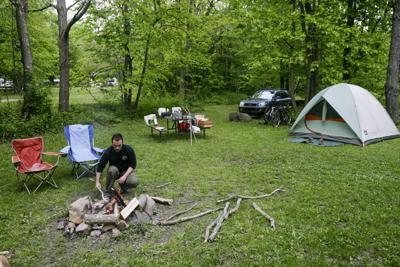 Festivals, sporting events and concerts have all been canceled due to the COVID-19 pandemic. But business is booming for companies that cater to people heading outdoors to pedal, paddle and pitch tents.

With gyms and fitness centers closed and public transit use discouraged, escaping to parks, lakes, rivers and paths has become more popular than ever. As a result, shops selling bicycles, kayaks and camping equipment have reported up to a 300 percent sales increase over the past months.

Many outdoor recreation stores, which have been deemed essential businesses during the pandemic, are finding it impossible to keep up with the increased demand. “Wholesalers are stocked out,” said Elijah McCloskey, executive director of FreeWheel Bicycle Cooperative. “A lot more people were starting to buy bicycles and bicycle-related products pretty much right away, and it's continued at that level ever since,” he said.

McCloskey added that products have been flying off the shelves since the beginning of lockdown. Right now, he is completely out of tires and can’t get more until early August.

“This is being reported nationwide ,” he said, noting that Trek, the bicycle corporation, sold out of bikes at its central warehouse. Independent bike shops also saw a 20 percent increase in service, repairs and sales during the period of shelter in place, according to business analytics from NPD.

FreeWheel, a nonprofit, sells vintage bicycles and uses the money to offer free classes, repairs and bikes to those in need. During the pandemic, the co-op has shifted its focus to provide bikes to essential workers to help them save money and avoid public transportation.

One bike recipient is Brittney Lemieux, an essential worker. She now rides anywhere from 30-50 miles per week, including to and from her job installing graphics on vehicles, which includes fire and safety and hospital security vehicles.

“Especially with COVID being in place, a lot of my friends have been getting out and being active,” she said. “And biking is the main means of getting around... being in Madison with all the great bike paths we have is a great tool to get out and see more of the city and... just be active.”

[Destination Madison's new message: Get outside!]

McCloskey said he doesn’t expect high sales to last forever. “Bikes are durable, so you don’t have to get a new one every year,” he said. But he expects to see more repairs and “a permanent bump in riders” in Madison.

“I would say that if you look at pre-COVID and after-COVID, you're going to see a permanent percentage increase in ridership shares in Madison,” he said.

The city has taken steps to become more biker friendly, according to McCloskey, by implementing the Shared Streets Initiative, for example. He also recommended long-term policy changes that would “prioritize pedestrians and bikes,” such as creating more vehicle-free zones or lowering the speed limit in bike-heavy areas. Another benefit: more people commuting via bikes instead of cars could ease parking issues downtown.

Residents who want to get out of the city, yet avoid the risks of flights and hotels, are finding RVs to be a logical choice.

Christine Eagan, owner of Wisconsin RV World, said that since the pandemic began she can barely keep used RVs in stock. She initially feared that the motorhome rental season would flop because seasonal events that drive rentals such as EAA and music festivals have been canceled. But the business saw the same demand from a different demographic.

The vast majority of customers right now are first-time buyers and renters, according to Eagan. “People just don't want to fly or stay in hotels, she said. “After being stuck at home for so long it's one of a few things that you can do outside while keeping away from crowds.”

Eagan said the spike in rentals came earlier than usual. She attributes that to online schooling and working remotely, which freed families up for travel during the spring months that are normally booked solid with extracurricular activities, sporting events and end-of-year ceremonies.

This increase had an expected affect on seasonal passes and licenses.

Data from the DNR show that numbers of fishing and hunting licenses remained stable through the first half of the year. The organization’s decision to waive park pass fees from March 24 until May 1 resulted in increased admission pass sales compared to past years. In 2019, the DNR sold approximately 387,000 park passes. By July of 2020, totals reached over 345,000.

[Booksellers turn the page on book signings with virtual events]

Despite their essential status, many outdoor stores’ equipment manufacturers are operating at decreased capacity. This discrepancy makes it difficult for businesses to keep up with demand, which has far exceeded stores’ annual projections. This poses a challenge to shops like Rutabaga Paddlesports that are trying to make up for lost revenue.

“We tend to have an influx in March for folks that know that paddlesports are for them, and they're ready to make an investment before the weather gets warm,” said Dan Bowers, a manager at Rutabaga. “The new customers that we're seeing, that really didn't start until just before Memorial Day.”

He said that stores across the country are experiencing similar problems. “We are definitely not the only ones experiencing high demand and low supply.”

Rutabaga took a big hit in March when owner Darren Bush made the last-minute call to cancel Canoecopia, an annual paddlesports expo that draws new customers and sets up sales for the rest of the year. The expo was scheduled for March 13-15, just days before Madison’s “safer at home” order was set to start.

[Canoecopia organizer on coronavirus: 'It should be taken seriously']

“Not only did the loss of sales hit us, but we were also financially invested in the show in that we took time and employee energy to set it up, only to dismantle it the next day,” Bowers said. “But we do think, regardless of financial outcome, it was the right decision to make.”

While he’s happy with the heightened sales, Bowers said he doubts it’ll be enough to make up for the Canoecopia setback.

“Whether or not we succeed in this very difficult year... what is the most heartening about this whole experience is that people feel that being outside and being part of nature is essential.”

MADISON — Nickie Payne’s battle with cancer ended July 27, 2020, at St. Mary’s Hospital, with family at her side.

The order, which will likely draw a swift legal challenge, came as Evers faced calls from Democrats to join most other states in implementing a mask requirement.

The majority of Wisconsin’s Congressional Delegation, from both sides of the aisle, rebuked a recent suggestion by President Donald Trump to postpone the November elections due to the COVID-19 crisis.

John Nichols: Melissa Sargent knows the most dangerous thing about marijuana is that it is illegal

Wisconsin voters not required to wear masks at the polls, but strongly encouraged to do so 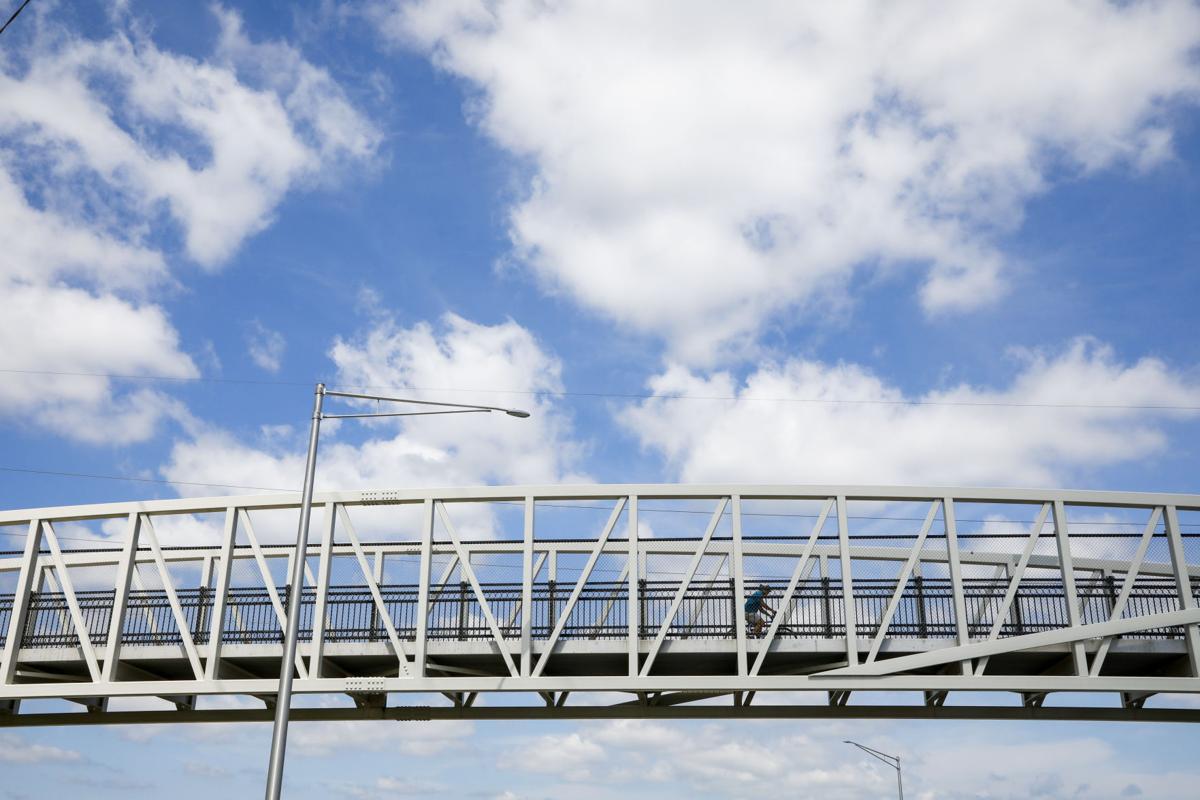 Cyclists cross over the Beltline Highway, on the Cannonball Path on Friday, July 24. 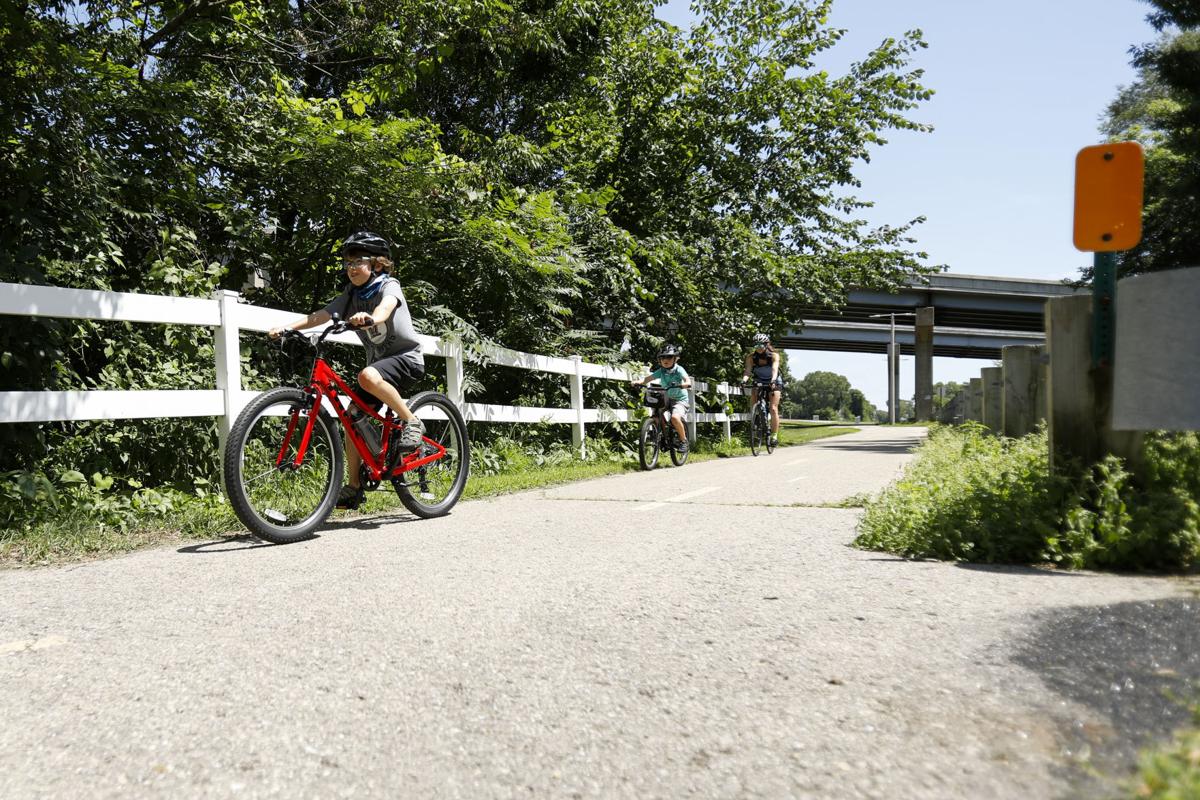 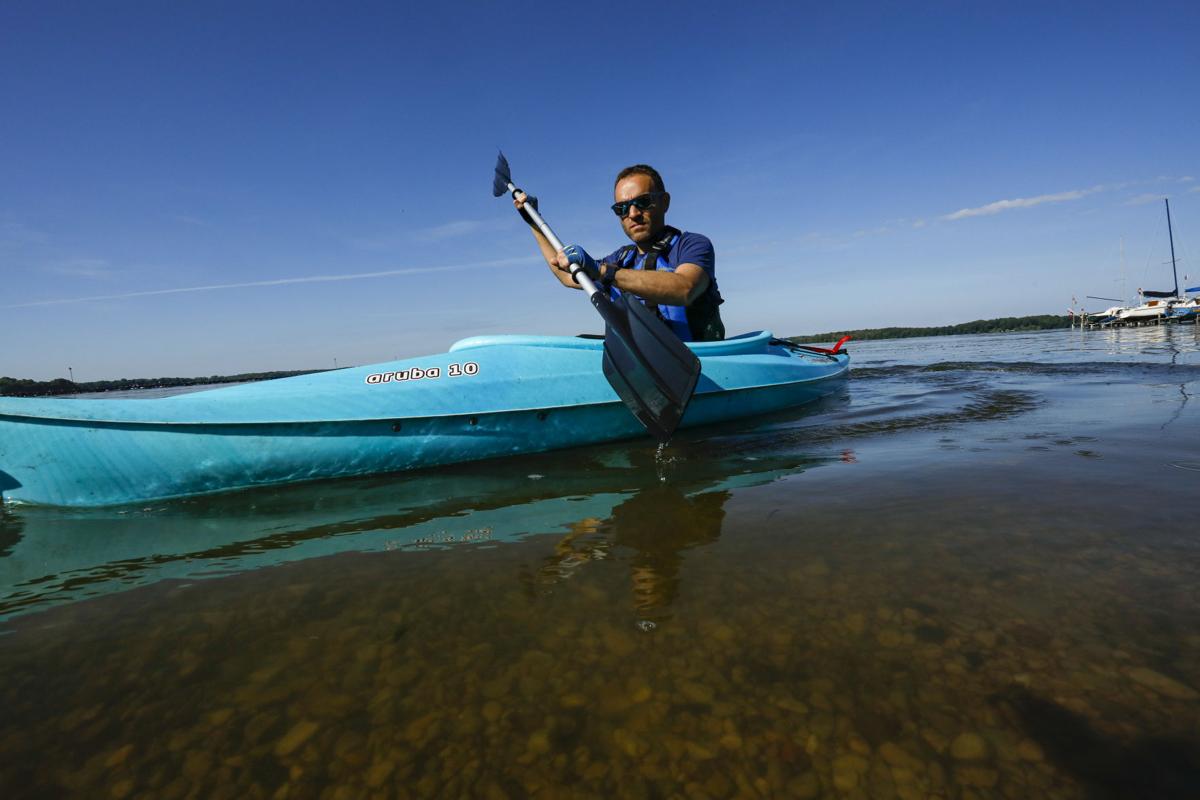 Paddlesports were already popular in the Madison area before the pandemic hit, but now businesses such as Rutabaga Paddlesports are seeing an increase in demand. 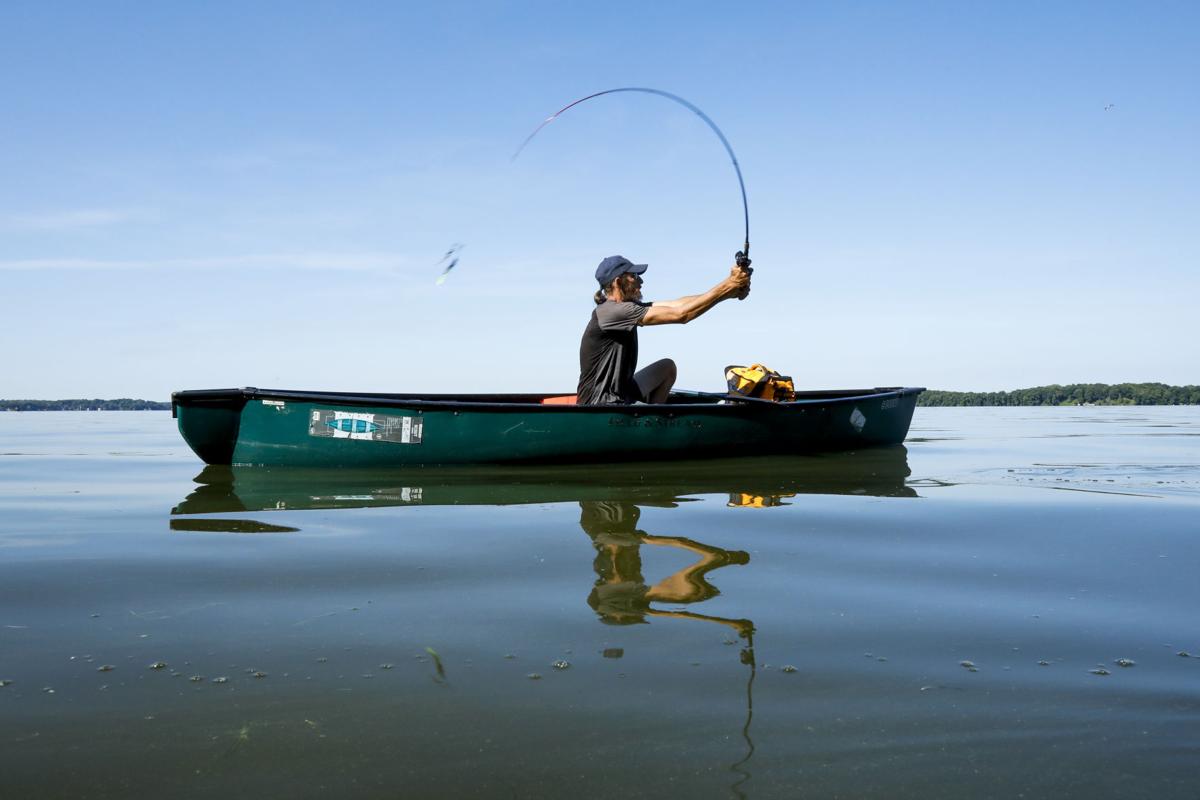 Randy Webb goes fishing from his canoe on Lake Waubesa. 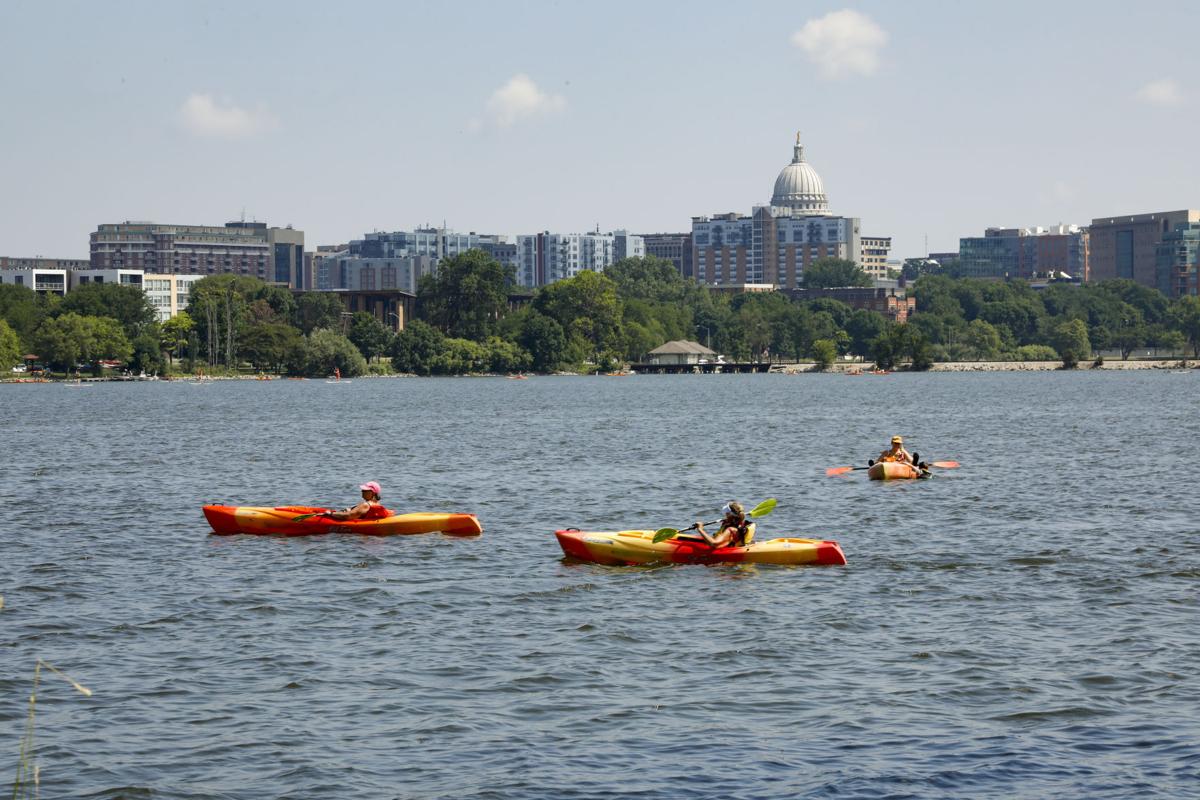 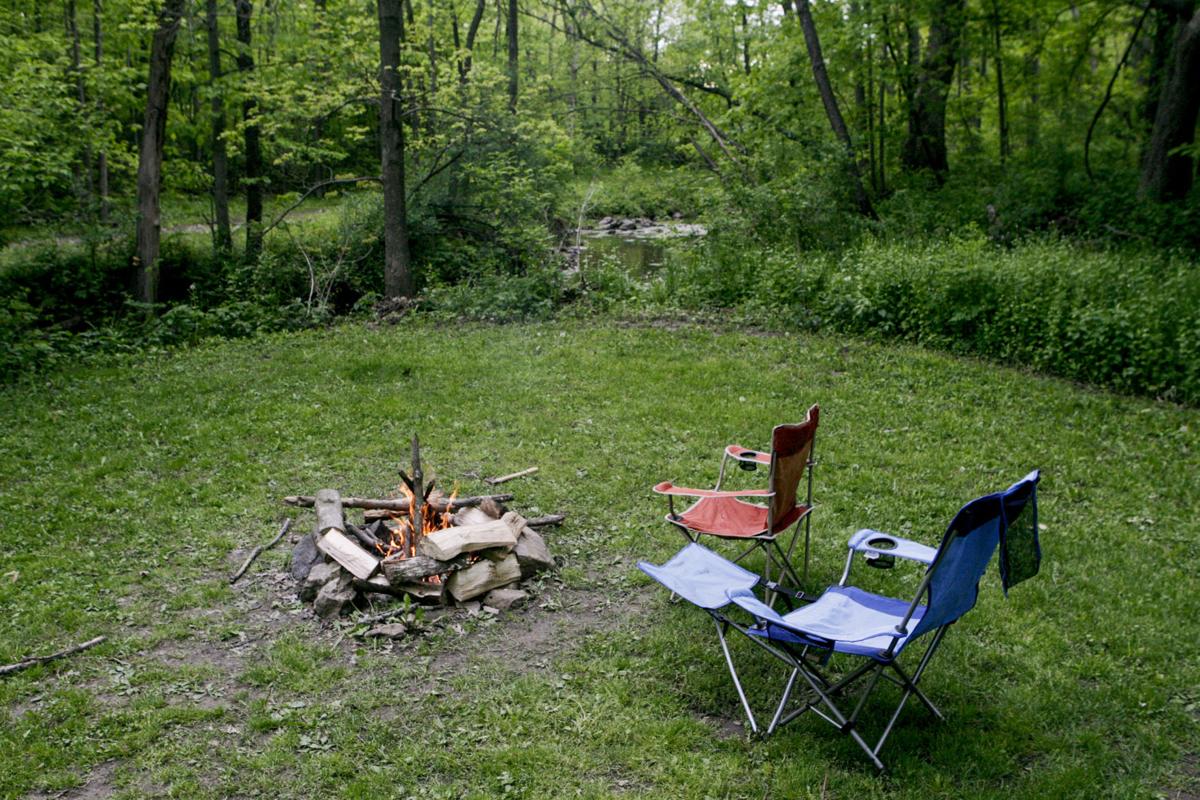 Chairs and a campfire are setup at a creekside campsite, at Wheeler’s Campground in Baraboo.