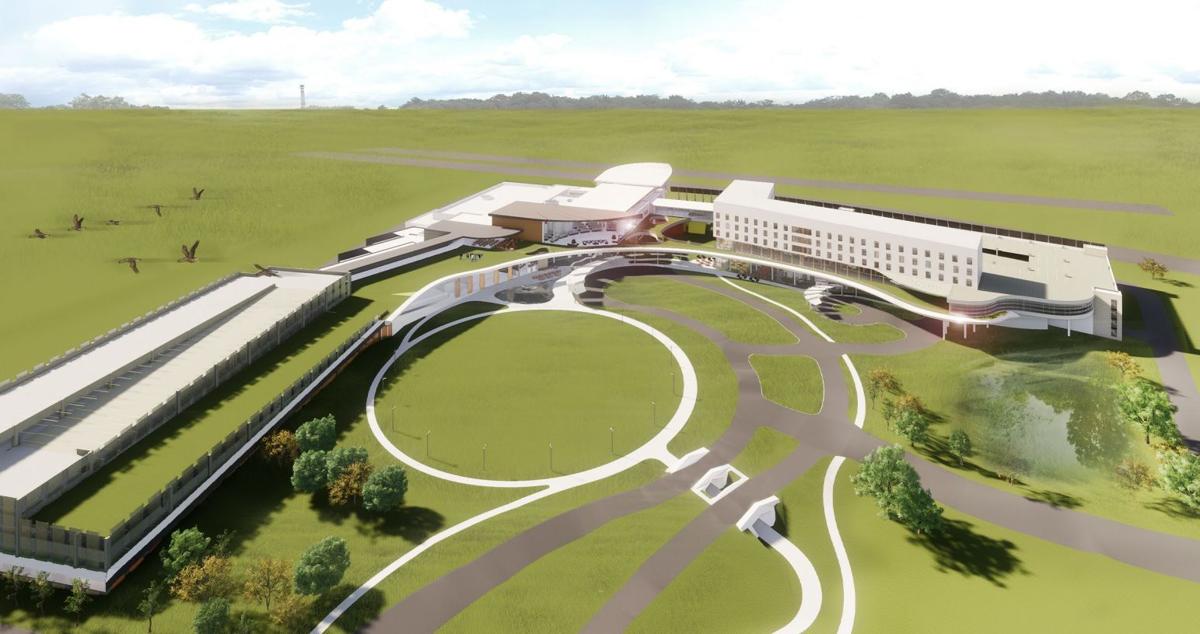 A rendering of the proposed expansion for Ho-Chunk Gaming Madison that would increase the casino square footage, and provide what Ho-Chunk Gaming hopes will be a “showcase of this city,” including a conference center, hotel, parking ramps and Heritage Center to tell the Ho-Chunk story. 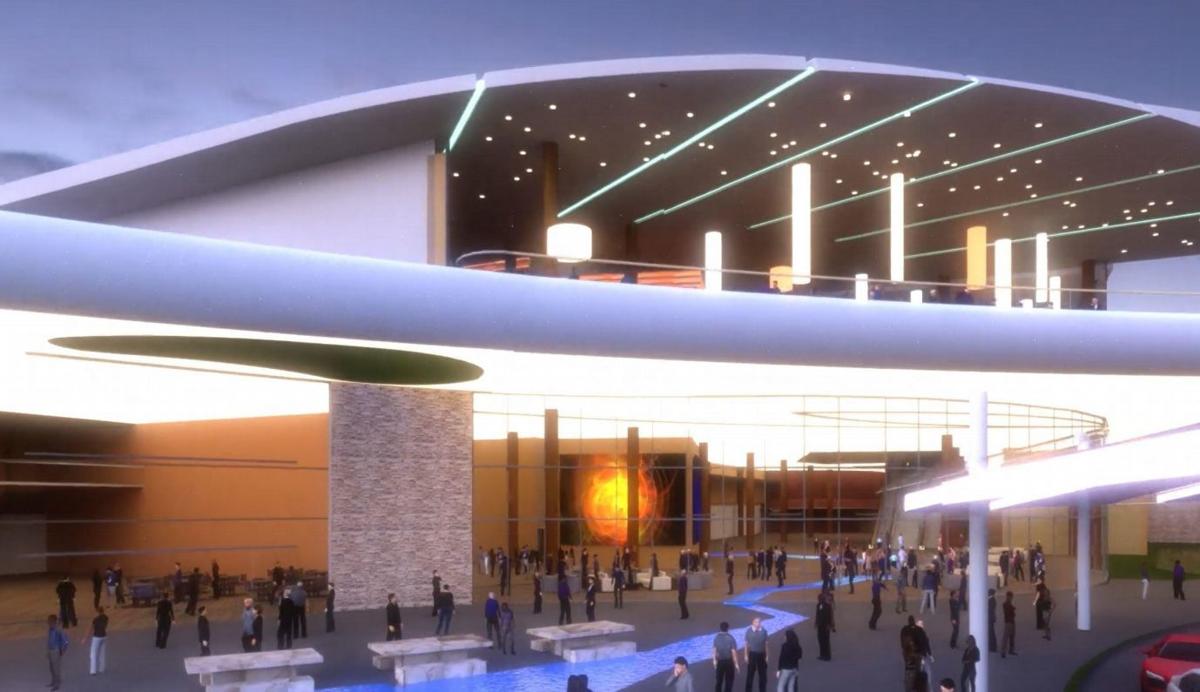 A rendering of the casino and hotel entrance plaza in the proposed Ho-Chunk Gaming Madison expansion project. "A chain of bio-retention basins, dry streams, landscape and hardscape forms and water features come together to represent the metaphor of Madison’s chain of lakes,” the design application says. 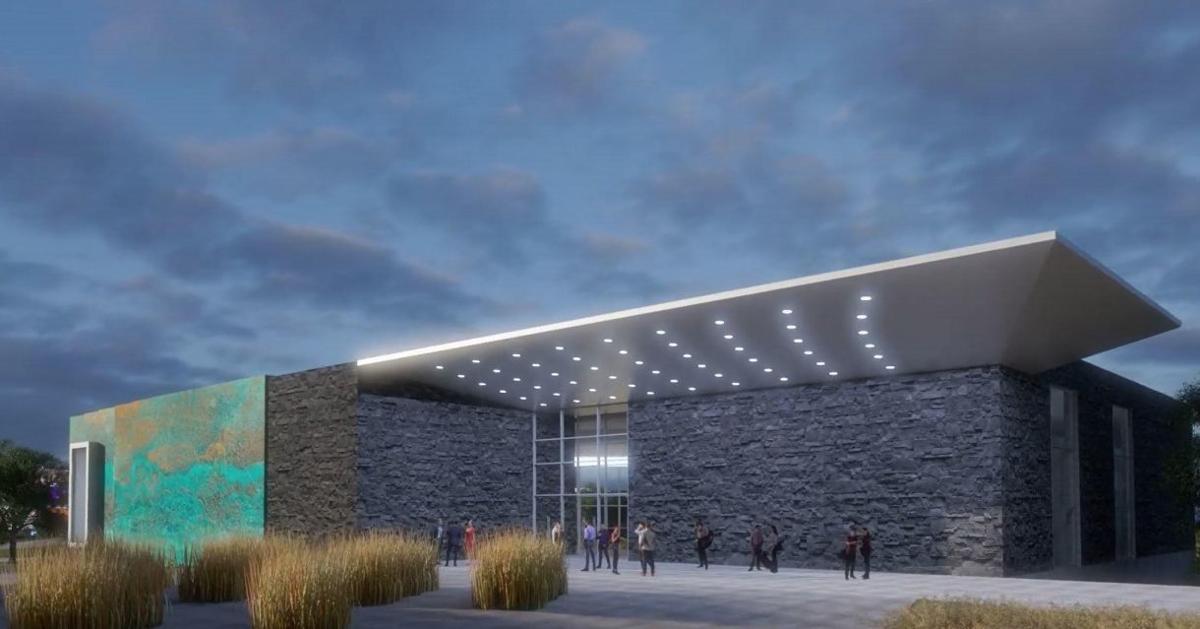 A rendering of the proposed Heritage Center, part of the planned expansion of the Ho-Chunk Gaming Madison casino. The center is meant to tell the Ho-Chunk story in their own voice and engender tolerance, sensitivity and understanding. 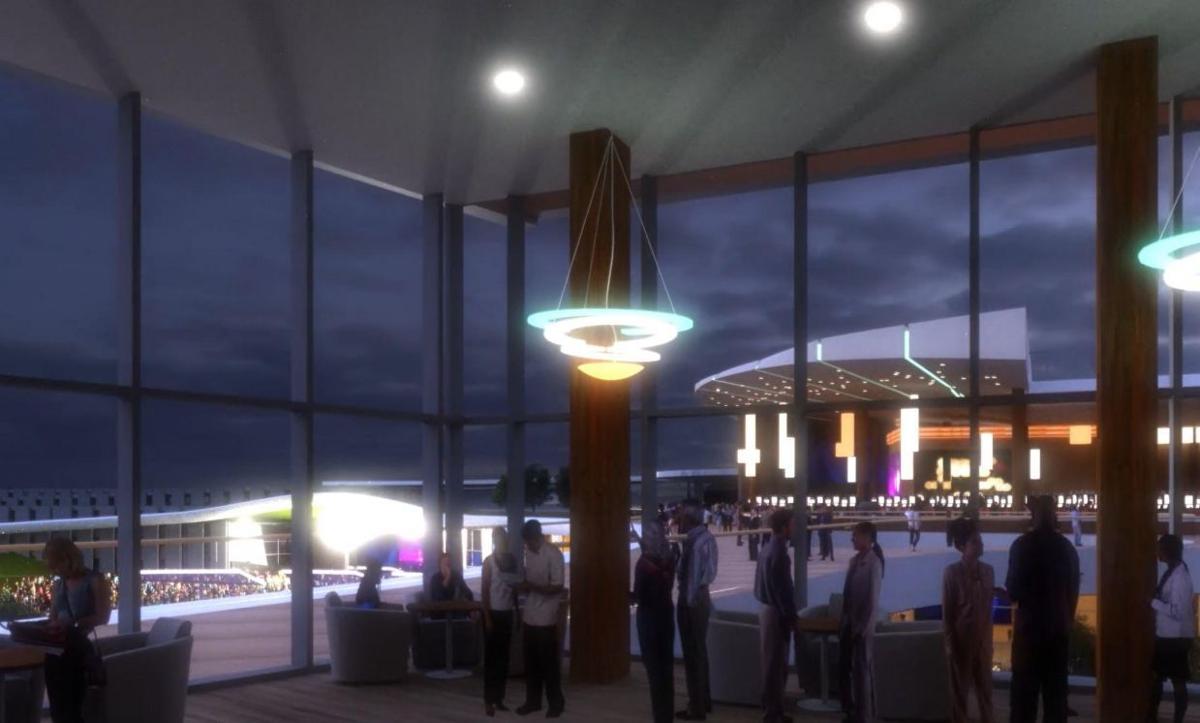 A rendering of a proposed rooftop area, with views of the Great Circle, part of the proposed expansion of Ho-Chunk Gaming Madison.

The facade of the casino buildings facing the Interstate 90 feature curved screening elements that are a “very abstracted kind of interpretation of the long house,” Tan said, a traditional form of Ho-Chunk building made with hoops. 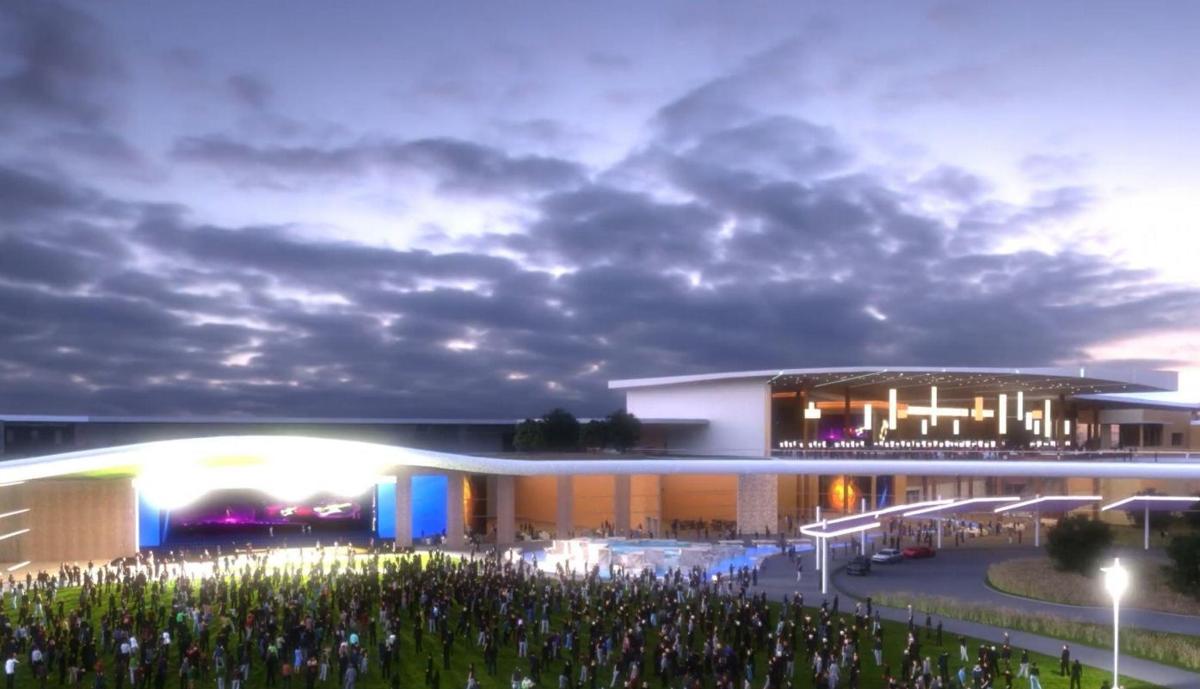 A rendering of a proposed green space titled the “Great Circle" in front of the conference center, serving as a performance and event space.

But Strang’s designs for a proposed expansion of the Ho-Chunk Gaming Madison casino, went in a different direction, using abstract, contemporary tributes to Ho-Chunk culture.

“I wanted the design to stand the test of time and always be relevant and authentic in the abstract sense,” said Dan Brown, executive manager of Ho-Chunk Gaming Madison, in an email. “Literal designs have become a bit cliché in Indian Country, and I wanted the Ho-Chunk Nation to be further recognized as trendsetters and leaders in the gaming industry.”

“Nothing about this is literal,” Tan said. “As an architect, there's nothing more exciting and interesting to do than something that’s abstract."

The expansion would not only increase the casino's square footage, but provide what Ho-Chunk Gaming hopes will be a “showcase of this city,” including a conference center, hotel, parking ramps and heritage center that helps tell the Ho-Chunk story. Designs for a General Development Plan for the project received final approval from the Madison Urban Design Commission Wednesday night.

Current plans for the 40-acre property include:

Using abstract references to Ho-Chunk allows for a different “level of design sophistication,” Tan said, and requires thinking about the “essence” of a culture.

“This whole thing, it’s more than just doing a casino and a hotel ... you have to really start out by really immersing yourself in the culture,” Tan said.

To that end, the Ho-Chunk invited Tan to attend a pow wow in a big, circular grassy area near Wisconsin Dells. That experience helped lead to a central piece of the design, a green space titled the “Great Circle,” which will serve as a performance and event space. Located just outside the conference center, current plans would place a large garage door in the conference center, meaning the Great Circle could be utilized for large outdoor events.

The casino designs change some of the paradigms of casinos, Tan said, hopefully to draw in a new generation of gamers. For example, instead of playing into the idea that casinos should be windowless so patrons lose track of time, Strang’s designs feature large expanses of glass.

The currently flat site with be sculpted with mounds and stormwater management features to create “an undulating kind of landscape that reflects the driftless region," and is also a nod to the Ho-Chunk's rich history of effigy mounds, Tan said.

The facade of the casino buildings facing I-90 feature curved screening elements that are a “very abstracted kind of interpretation of the long house,” or a traditional form of Ho-Chunk building made with hoops, Tan said.

The design will include several abstract references to Dejope, or four lakes, region, the traditional Ho-Chunk name for the area around lakes Mendota, Monona, Kengonsa and Waubesa. That could include actual water features around the entrance and perhaps flooring materials indoors to represent the flow of water.

“A chain of bio-retention basins, dry streams, landscape and hardscape forms and water features come together to represent the metaphor of Madison’s chain of lakes that has graced the Ho-Chunk Nation’s ancestral homeland for millennia,” the design application says.

The project will also restore wetlands on the property, adding walking paths through a "prairie and oak savanna" area.

And the Ho-Chunk team is particularly excited about the heritage center, meant to tell the Ho-Chunk story in their own voice and engender tolerance, sensitivity and understanding.

“We’re framing it as a history place, it’s not a museum,” Brown previously told the Cap Times. “It’s an opportunity for us to just convey a lot of really incredibly fascinating information. We are survivors of some really challenging federal policies.”

As the casino has thought about expansion over the last few years, they’ve worked with the city on the possibility of building a $38 million sports complex. Building a sports complex is still a possibility, but it’s likely years down the road.

The timing of the project may be affected by the progress of the Ho-Chunk Nation's plans for a proposed casino in Beloit, which could soon be approved by the Bureau of Indian Affairs, Brown said.

However, there is a possibility that the Ho-Chunk Nation could pursue both projects at the same time, and planning of the Madison project will continue regardless, Brown said. If the city approves the project GDP, it would still need approval of a Specific Implementation Plan, plus approval from the Ho-Chunk legislature, and at the very earliest could break ground in 2020.

“I’ve come to really respect and really love these people and what they are about,” Tan said of the design process. “Basically the rest of us are just newcomers. This is where they’ve been for thousands of years.”

“We’re really excited about the fact we're actually to a point of presenting to the city," said Dan Brown, executive manager of Ho-Chunk Gaming Madison.