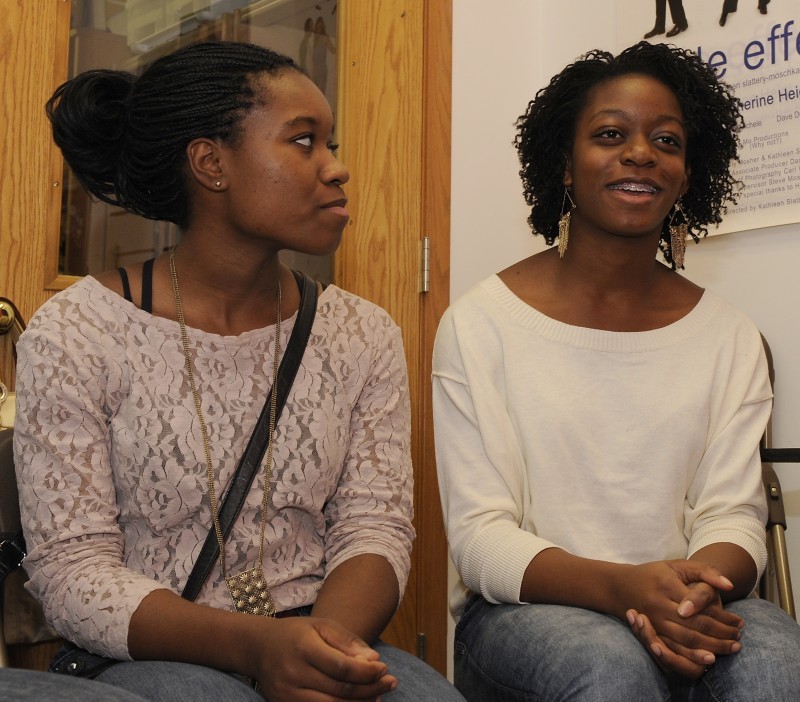 Taylor Kilgore, left, and Adaeze Okoli say a rigorous curriculum is a good way to help struggling students get on track at school. 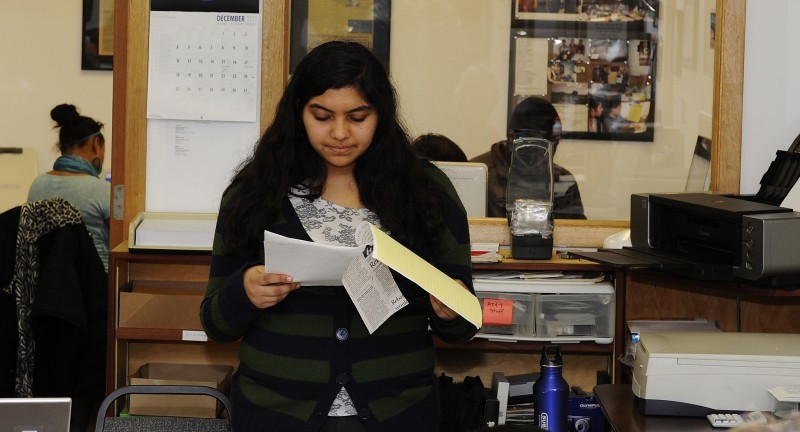 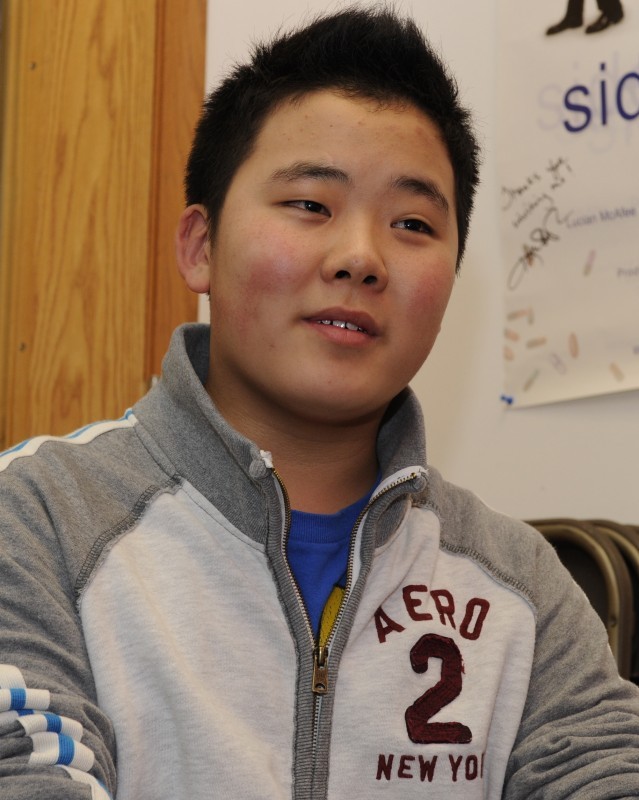 Alex Lee says he would like a longer school day and school year, but isn't sure about leaving his West High School classmates to attend a charter school like the proposed Madison Preparatory Academy. 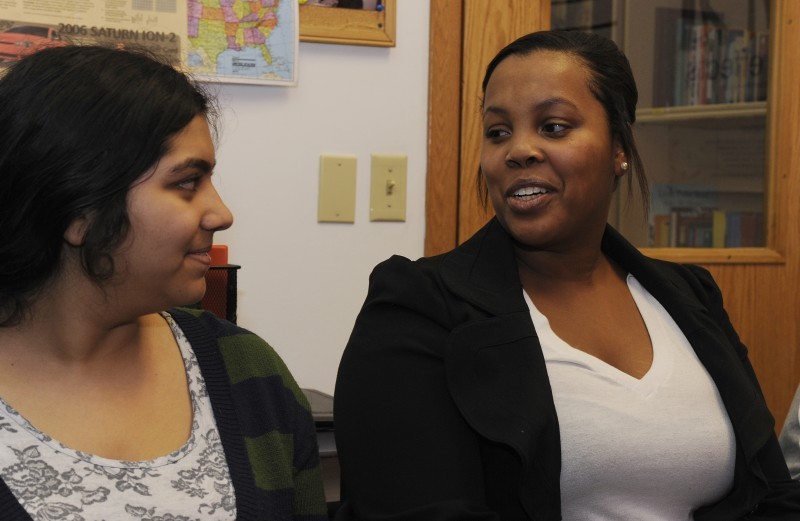 Aarushi Agni, left, and Deidre Green, both graduates of the Madison public schools who are now attending UW-Madison, say students in the city's schools are well aware of disparaties in academic achievement between white students and students of color.

Taylor Kilgore, left, and Adaeze Okoli say a rigorous curriculum is a good way to help struggling students get on track at school.

Alex Lee says he would like a longer school day and school year, but isn't sure about leaving his West High School classmates to attend a charter school like the proposed Madison Preparatory Academy.

Aarushi Agni, left, and Deidre Green, both graduates of the Madison public schools who are now attending UW-Madison, say students in the city's schools are well aware of disparaties in academic achievement between white students and students of color.

No matter where the votes fall Monday when the Madison School Board decides whether to OK a charter school proposal for the controversial Madison Preparatory Academy, the idea of a buttoned-down, no-nonsense alternative to the city's public schools already has entered the local popular culture. It is not only a beacon of hope in efforts to end a lingering race-based academic achievement gap, but also has become an emblematic stick to nudge underperforming kids into line.

As high school senior Adaeze Okoli tells it, when her little brother isn't working up to his potential, her mom jokingly threatens to send him to Madison Prep.

That anecdote says a lot about how distinct a presence the proposed school already has become in local communities of color. It makes me wonder how kids would feel about attending a school that is boys-only or girls-only and requires uniforms, longer school days, a longer school year and greater parental involvement.

Put the kids first for a change, Urban League of Greater Madison president Kaleem Caire, the architect and unflagging advocate of the school plan, chided school district administrators after they declared that his proposal would violate the district's union contract with its teachers and provide inadequate accountability to the School Board. But for all the analysis and debate about the Madison Prep plan, I haven't heard much from young people about how they would like to go to such a school, and how they think the strict rules would influence learning.

To sound out some students, I turned to the Simpson Street Free Press, a nonprofit program that lets middle- and high-school students, with the help of college students, sharpen their academic skills by producing an award-winning newspaper. (You can read the Free Press editorial on Madison Prep here.)

When I met with a group of editors and writers at the paper's offices at South Towne mall, they told me students of color need more from Madison schools, and that they think tougher rules are one way to help deliver it. (That may or may not include a single-sex environment.)

The achievement gap is very real to students, two Madison district graduates reflected. Nobody talked about it much in school at the time, but students separated themselves into groups by their academic rank -- something that often fell along economic class and color lines, said Aarushi Agni, a graduate of Memorial High School now attending UW-Madison. "It's a big factor in what people expect of a student," she said. "And there's a divide in feelings of entitlement and expectations of yourself."

Lowered standards and expectations, even for high-achievers, handicap students when they go on to college, said Deidre Green, a La Follette High School graduate now attending UW-Madison. The college workload was a "big smack in the face" in her freshman year, she said. "I worked hard in high school, but I definitely could have been more prepared."

A more rigorous academic environment would help students working below their potential, said Taylor Kilgore, a junior at La Follette. "Some people are surprised at how easily they can pass through school. I think it would be better if it were stricter."

"It was a leveler," she said, that helped deter students from segregating themselves by family wealth. When everyone wears the same thing, "you're not going to not interact with someone just because of what they're wearing."

The kids seem less enamored of the idea of boys and girls in separate schools. Sure, the opposite sex can be distracting, but that doesn't mean all-boys and all-girls is the way to go. "Personally I would like to not be with all girls, but I think it depends on the person," Kilgore said. "With a mixture of girls and boys, you can learn a lot just from the atmosphere."

On the other hand, West High School freshman Alex Lee said he would like a boys-only school to give him a chance to build better friendships with other guys.

The students said they would support the idea of longer school days and a longer school year, a change that would be especially valuable to kids who don't have a lot of educational resources at home. Younger students especially may not be spending their long summer productively, said Okoli.

But would they actually ask their parents to send them to a school as strict as Madison Prep promises to be? Lee said he'd have to think about dropping out of the group of classmates he's become accustomed to. "I have a hard time leaving friends," he said.

Students at Madison Prep also risk being singled out for ridicule by kids in the neighborhood for acting "white" by buckling down on their studies, the students told me. That's a tough thing to overcome, said Okoli. Without the kind of support for academic achievement she had in her family, that kind of bullying "is definitely hard to shrug off."

"But you just can't let it change you," said Kilgore.

It won't be an easy call, the students realize. But Agni counseled School Board members to go ahead and take the leap and approve a new kind of school in Madison. "There's always going to be resistance, and sometimes what you need is a big push for change to happen," she said.

The academic achievement gap between white students and students of color affects everyone. "It's incredibly harmful for everyone's future," Agni said.