Pastor Fred Phelps (left, with signs) and members of his Topeka, Kan., Westboro Baptist Church flash their gay-bashing message as hundreds gather in counter protest on the Capitol Square in 2001. 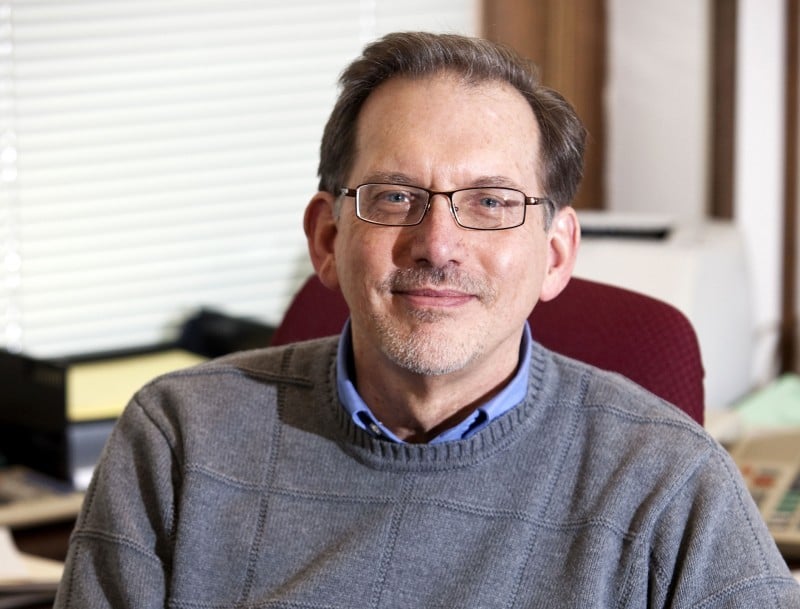 When Scott Anderson is ordained a Presbyterian minister Saturday at a church on Madison's west side, there will be celebration, reflection, and, it is promised, some pretty ugly hostility too.

Anderson, of Madison, will become the first openly gay minister in a same-sex relationship ordained by the Presbyterian Church U.S.A. And inveterate gay basher Rev. Fred Phelps is promising to bring his followers to town to taunt him.

"That's going to be a sideshow we're just going to ignore," Anderson tells me Wednesday from his office at the Wisconsin Council of Churches in Sun Prairie. "We're all prepared for their presence during the day on Saturday and we're all prepared to ignore them."

Phelps, of the Westboro Baptist Church in Topeka, Kan., has made something of an industry of mounting so-called protests targeting gay people. He is most notorious, perhaps, for hurling anti-gay vitriol at the funerals of fallen U.S. soldiers, claiming that their deaths are God's retribution against the United States for its tolerance of homosexuality.

Anderson, 56, of Madison, previously had been a Presbyterian minister, but came out and left the church in 1990. To be able to come back to the church fully and openly "is a very healing moment for me," he says. "Now I can fully serve in what I was called to do since I was a sophomore in high school."

Anderson challenged the church rule denying the ministry to gays in same-sex relationships, and early this year won approval of his ordination in the John Knox Presbytery, a group of congregations in Wisconsin, Iowa and Minnesota. When the rule on ordination of openly gay people was changed this summer, a challenge to Anderson's ordination by a Portage-area congregation was dismissed.

Anderson hopes to become a pastor, but until he is called to a congregation, he plans to stay at the Council of Churches, an ecumenical advocacy group for social and economic justice.

His ordination will be an important development for the Presbyterian Church, he says. "It will signal that people are called to ministry regardless of their sexual orientation. It's a watershed moment."

Nancy Enderle, interim executive director of Covenant Network of Presbyterians, praised Anderson's role in the church's examination of its treatment of gay members. "He handled it with so much grace," she says.

The issue remains a challenge for Presbyterians. "We are not a church that is of one mind on this; there are people who are very uncomfortable with the changes," says Enderle, whose nonprofit organization works to remove barriers to ordination.

Enderle says she expects hundreds of people to attend the ordination at Covenant Presbyterian Church, 326 S. Segoe Road, because Anderson is widely known and respected. "He has the affection and devotion of people across the country," she says.

Phelps and his followers have come to Madison before: in 2004 for a performance at East High School of a play about the murder of a gay college student and in 2001 for a rally for gay rights at the State Capitol.

While some reports on Phelps say he and his followers target events where their gay-bashing protests are likely to draw media attention and counter-demonstrators, Shirley Phelps-Roper, Phelps' daughter and a member of his church, tells me they merely are doing their duty by protesting Anderson's ordination.

"There isn't any other place we should be at that hour. We don't care what the rebels do," Phelps-Roper says. "We keep telling you it's not OK to be gay," she says, adding that Wisconsin's acceptance of gays is why the state is being "gobsmacked by every kind of trauma."

If you are so inclined, you can read more about Phelps and his teachings at www.godhatesfags.com. (No, I am not kidding.)

Scott Anderson, who gave up his stole in 1990, is the Presbyterian Church (USA)'s first openly gay minister.

The Madsplainers podcast: In a pandemic election, how do you ensure everyone can vote?

Pastor Fred Phelps (left, with signs) and members of his Topeka, Kan., Westboro Baptist Church flash their gay-bashing message as hundreds gather in counter protest on the Capitol Square in 2001.