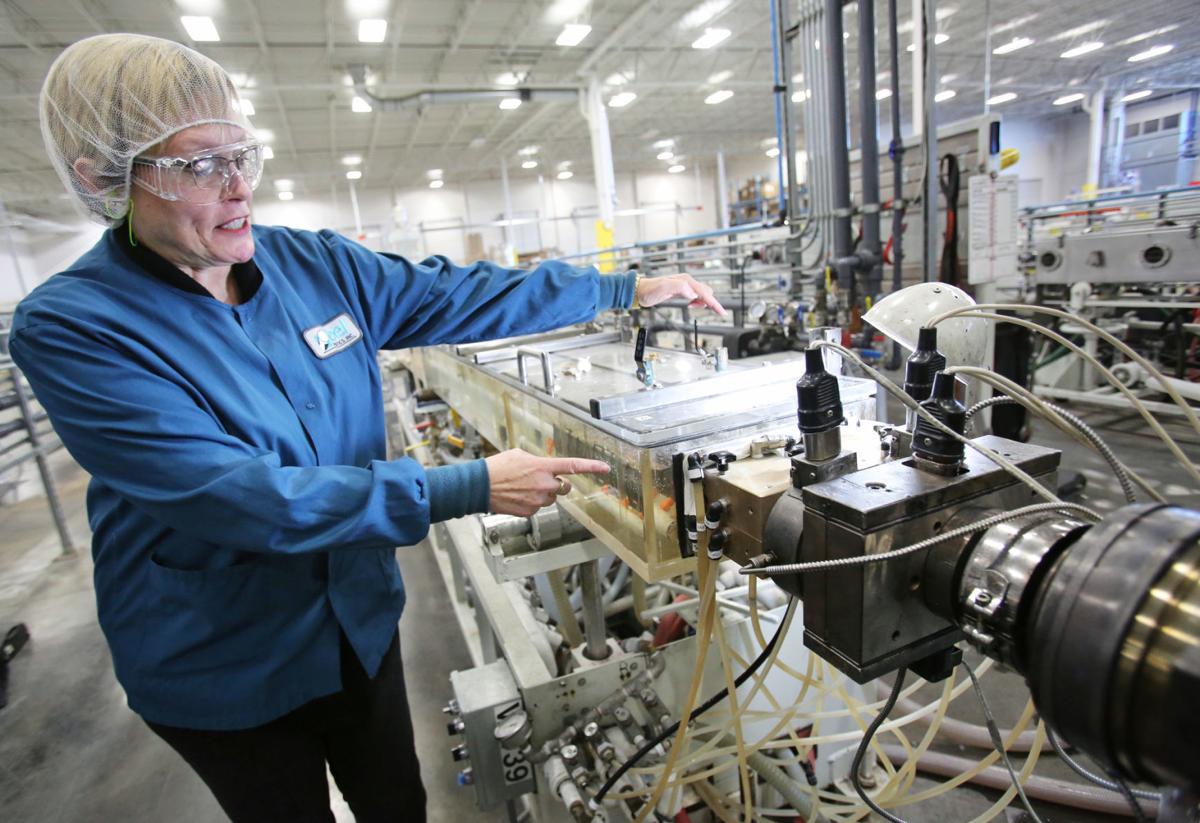 So far, the only concrete plan Evers has to pay for any of his new spending is to repeal the Manufacturing and Agriculture Tax Credit. This credit — a signature piece of tax reform championed by Gov. Scott Walker — is expected to provide farmers and manufacturers with $344 million in tax relief during the 2018-19 fiscal year. 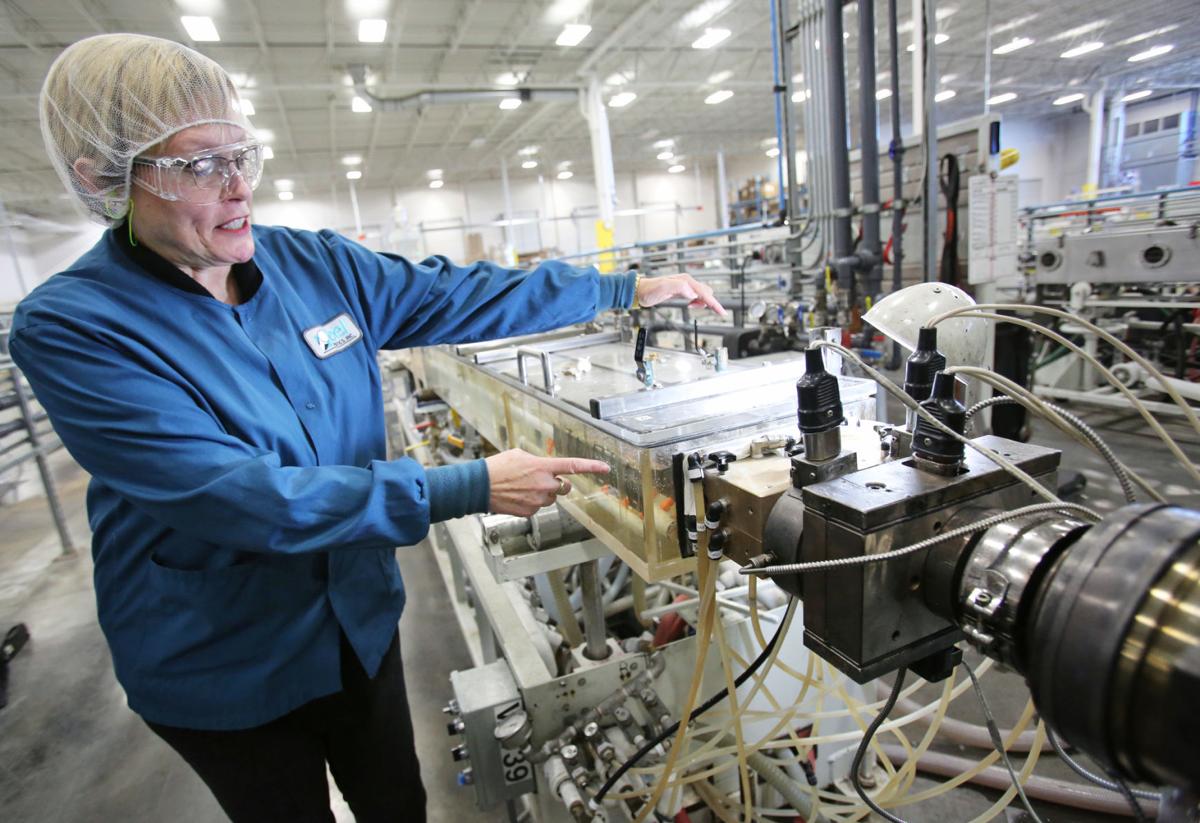 So far, the only concrete plan Evers has to pay for any of his new spending is to repeal the Manufacturing and Agriculture Tax Credit. This credit — a signature piece of tax reform championed by Gov. Scott Walker — is expected to provide farmers and manufacturers with $344 million in tax relief during the 2018-19 fiscal year.

The manufacturing and agriculture tax credit reaches 7.5 percent in the 2016 tax year, four times its rate three years ago.

The credit is among the broadest on the books in Wisconsin and has drawn ire from those who say it boosts the state’s richest at the cost of investing in other public services including universities and roads. It is widely heralded among businesses groups who say it has given the state an advantage in attracting job-creators to the state’s largest industry sector and enabled businesses to grow.

“This allows (manufacturers) to compete effectively by essentially allowing them to operate tax free in Wisconsin and that’s a great incentive for companies to stay here, it’s a great selling point,” said Steve Baas, senior vice president for governmental affairs at the Metropolitan Milwaukee Association of Commerce, which represents 1,600 businesses and works to attract companies to the state’s manufacturing hub. “As we’re marketing the region, this is one of the things we lead with.”

But in the three years since the credit was implemented, the increase in manufacturing jobs in the state has been negligible. According to data from the state Department of Workforce Development, there was a 2.7 percent increase in manufacturing jobs since the credit has been in place. The number of jobs increased from from 455,576 in 2013 to 468,600 jobs in 2015.

The lack of a significant increase in jobs numbers highlights the credit’s inequity for Wisconsin taxpayers, said state Rep. Dianne Hesselbein, D-Middleton, who has called for an effort in the Legislature to repeal the credit during the next session.

“It’s an unfair tax policy because it picks winners and losers. It favors manufacturers and farm owners over all other kinds of business,” she said. “We need to shut down this credit in the coming budget. Five years of free money is enough.”

The credit, which covers farmers along with manufacturers producing an array of goods from cheese to solar panels to heavy machinery to high tech computer parts, has cost the state double what was originally projected when it was put into the 2011-13 budget on the last day of negotiations in the Legislature. At the time, the Legislative Fiscal Bureau estimated the credit would cost nearly $128.7 million annually when it was fully implemented. The most recent Fiscal Bureau estimate now shows the cost to be about $155 million more than the original projection in fiscal year 2017, the first state tax year in which the credit will take full effect.

The actual amount of credits that have been claimed so far are not yet available. The Fiscal Bureau has said the 2013 numbers should be available later this year. It has taken the Department of Revenue about three years after each tax year to calculate final numbers because of delayed corporate tax filing deadlines.

The credit is problematic because the incentive is not tied to actual jobs created, said Winnebago County Executive Mark Harris, who has experience as a certified public accountant in Michigan and Indiana. Harris, a Democrat, is running for the state Senate in the 18th District.

“They're effectively giving the money out before the jobs are created,” he said.

A better model would be to consider net increases in manufacturing jobs that could be determined from payroll documents, Harris said.

But creating jobs takes time, said Baas. Companies have to come to Wisconsin before they can hire, and the credit is instrumental in bringing them here, he said.

“The jobs show up a little bit later than the decision shows up,” Baas said.

Baas declined to say how many companies have come to Milwaukee because of the credit, or how it has sweetened their incentive packages, citing confidentiality and competition from other states.

State revenue lost to the credit has come at a steep price for Wisconsin’s K-12 schools, the University of Wisconsin System and roads, critics say.

“It’s not just that this scheme is infinitely more expensive than advertised, it’s that Walker’s slashed public education and higher education funds… to pay for these trickle down policies,” said Scot Ross, executive director of One Wisconsin Now, a liberal advocacy group.

The latest estimate from the state Department of Revenue for the 2016 tax year shows that of those who will claim the credit as an individual, which includes businesses that are partnerships, limited liability corporations and sole proprietorships, 78 percent of them make $1 million or more annually. Those filers will reap credits worth a total of $199.5 million dollars, according to the Department of Revenue. The average credit value for those top tier filers is $122,002, according to the agency.

Wisconsin Manufacturers & Commerce, the state’s largest business lobby, has promoted the credit since its introduction and has planned seminars to help its manufacturing members accurately file for it. The group recently cancelled its policy conference scheduled for May 31, which had a seminar focused on the credit taught by Jon Skavlem, director of state and local taxes at Baker Tilly Virchow Krause in Milwaukee, who has tracked Wisconsin tax policy for 38 years.

Skavlem, who sits on WMC’s taxation committee, has advised manufacturers on how to claim the credit since it was rolled out in 2013. He said it has simplified the tax incentive regime for businesses by replacing what was a growing list of individual sector-specific credits that offered a 5 to 10 percent tax break.

The expansive manufacturing and agriculture credit, while simple, did not come with any formal administrative rules or regulations on how to apply for it or understand one’s eligibility, which has made it difficult for businesses and the accountants who advise them to comply, he said. The Department of Revenue has responded to feedback and questions from filers and accountants on its website, but no binding rules governing or clarifying the credit exist.

“Many taxpayers are doing the best they can with the credit, but the compliance aspect of it has been difficult. Hopefully the benefits are worth it all the way around,” Skavlem said. “Down the road we will need regulations or administrative rules.”

If any tax credit is claimed improperly, the state charges taxpayers a 12 percent interest rate along with a 25 percent negligence penalty on the taxes that are due. The Department of Revenue also routinely audits individuals and corporations who claim tax credits.

"Those apply to all taxpayers under state law and it would be the balance due because of a reduction in the credit," said Stephanie Marquis, a spokeswoman for the Wisconsin Department of Revenue.

Tax incentives targeted at specific industries have become a state policy trend across the country, as state governments have sought to accelerate their economies coming out of the recession of 2008 and 2009, Skavlem said.

“While there’s been some recovery and growth, it wasn’t at the rates that state government economic development officials wanted, and so during that period if you had looked across a whole spectrum of states you’d find targeted incentives aimed at different things,” he said.

Along with Wisconsin, New York and Kansas have also enacted broad tax breaks for some manufacturers. For Wisconsin’s credit, the tax filer can only claim the deduction on income earned from farming or manufacturing in the state. Businesses cannot claim both the Wisconsin manufacturing and agriculture credit and the federal domestic activities production credit.

But even if Wisconsin manufacturers and farmers are paying virtually no state income taxes, the federal tax burden is much larger and its policy tends to drive behavior the most, said Todd Berry, president of the Wisconsin Taxpayer’s Alliance, which creates educational programs about how the tax system works.

“Elected officials of both parties tend to think that, at the state level, they can affect the economy and affect individuals’ lives and behavior to a much greater degree than they can,” he said in an email. “In this particular case, a $250 to $300 million per year tax credit has to be viewed in the context of a $250 to $300 billion state economy. The former is about 0.1 percent of the latter.”

Though manufacturers have been the biggest group claiming the credit, farmers are also eligible, though farming advocacy groups say participation is mixed.

While the credit was touted as a way to grow jobs, farmers who claim it typically do not use the money to hire more people, according to the state’s largest farm advocacy group. Farmers instead use savings as a cushion in down years, or reinvest in farm equipment or stock up on seeds or fertilizer, said Dick Gorder, vice president of the Wisconsin Farm Bureau Federation, who operates a dairy farm in Mineral Point.

“We apply for it as needed,” Gorder said. He said he claimed the credit in 2013, but hasn’t since. “When you have profitable years, it’s a little bit more relevant and down years it doesn’t come into play quite as much.”

The credit can mitigate the erratic economics of farming by offsetting the losses farmers incur in years when milk prices are low, but some years farmers make no taxable profit.

Here is a breakdown of some of the credit costs, how it has grown, and how it taxes income.

What’s the difference between a tax credit and a tax deduction?

Tax credits directly reduce the amount of tax you owe, giving you a dollar-for-dollar reduction of your tax liability. A tax credit valued at $1,000, for instance, lowers your tax bill by the corresponding $1,000.

Tax deductions reduce how much of your income is subject to taxes. Deductions lower your taxable income by the percentage of your highest federal tax bracket. So if you fall into the 25 percent tax bracket, a $1,000 deduction saves you $250.

How has the credit’s rate increased?