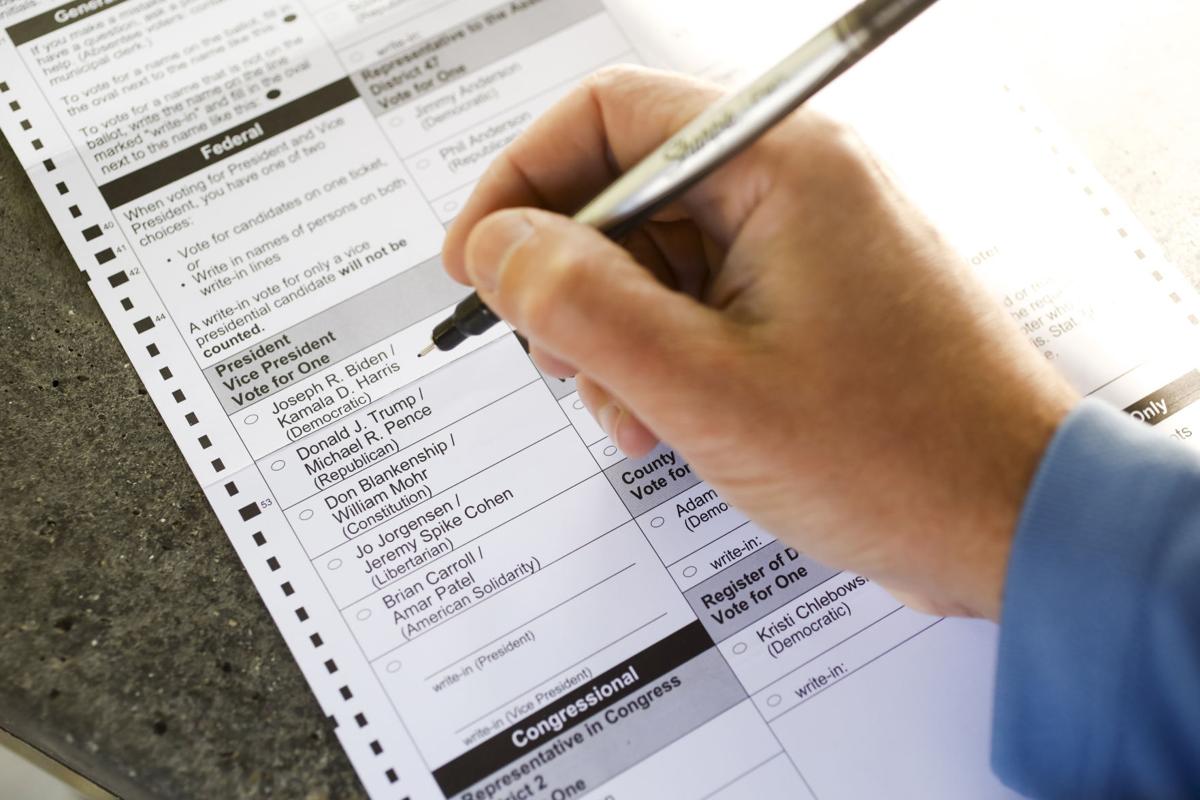 An absentee ballot for the Nov. presidential election. 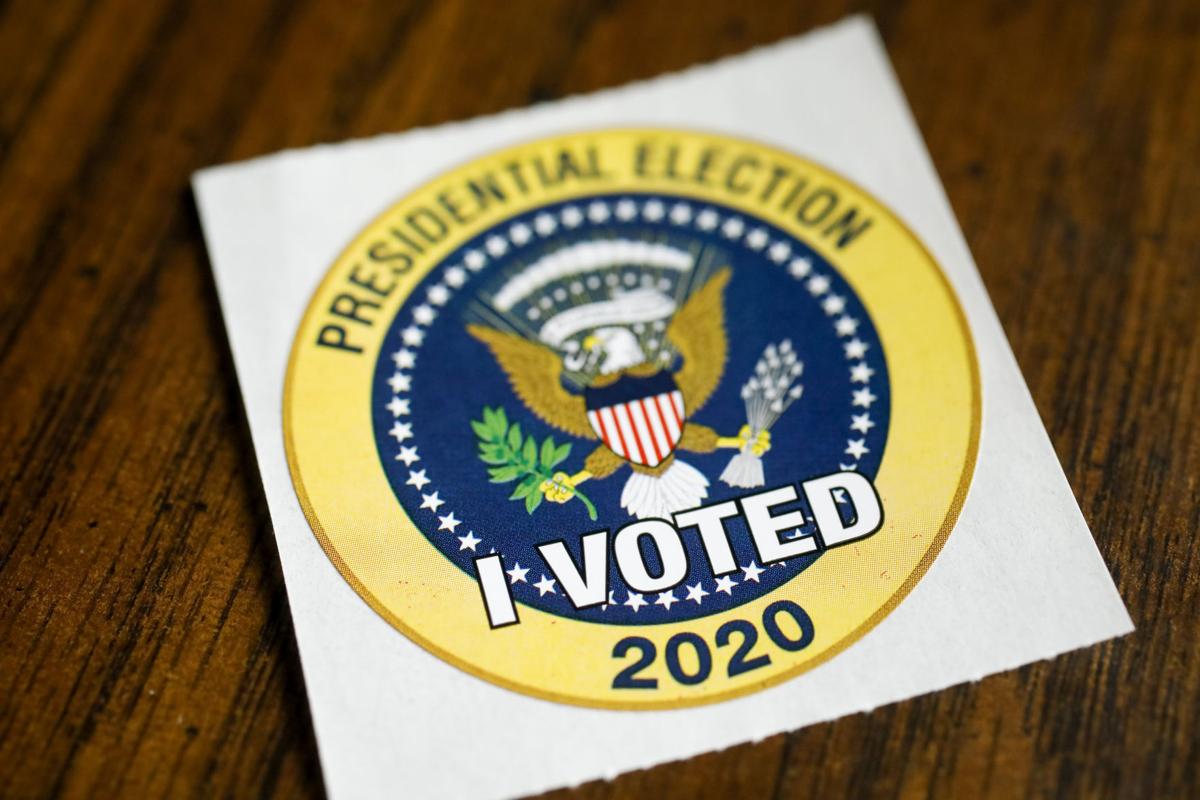 Wisconsin’s political parties chose the people who will cast the state’s Electoral College ballots for the presidency on Tuesday in a process that has come under scrutiny, as the election is expected to be close. Republicans and Democrats alike have raised alarm bells about ensuring votes are legitimate and properly counted.

The presidential electors meeting happens every four years, the process for which is laid out in state law. How the state’s presidential electors work and what could happen if the popular vote is contested as illegitimate has raised questions about how Wisconsin would deal with such an impasse.

So what does Wisconsin law and the U.S. Constitution say about the state’s presidential elector process and who has the authority to break an impasse? Here are some questions and answers.

What role do presidential electors play? Why do they matter?

Presidential electors are the people who cast Wisconsin’s votes for the president in the Electoral College. Those electors are chosen by each political party on the ballot and reflect the statewide popular vote. If the Republican presidential candidate wins the majority of votes in the state, then its designated electors cast their ballots, which are sent to the Electoral College. Likewise, if the Democrats win, its electors cast their ballots.

What does the U.S. Constitution say about the role of the states and how they choose their electors?

The U.S. Constitution, in Article II, Section 1, gives state Legislatures authority to appoint presidential electors in their states. States each have their own process for appointing their electors, but in Wisconsin the process is laid out in state law.

For Wisconsin to change its process for how electors are selected, it would have to pass a bill changing the law, which Gov. Tony Evers would have to sign before Nov. 3. Wisconsin election officials, Democratic and Republican leaders have indicated that won’t happen.

What does Wisconsin law say about the process?

Presidential electors from Wisconsin are to be determined before the election during a meeting at the Capitol, which is what happened Tuesday.

Each of the state’s political parties with a candidate on the ballot chooses one presidential elector from each of Wisconsin’s eight congressional districts and two electors from the state at large, totaling 10 electors.

What if the vote is really close?

The state’s recount process would come into play. In order for a recount to take place, an aggrieved candidate must request one. It is not automatic.

A candidate can request a recount only if their total votes were within 1% of the winner’s vote total when at least 4,000 votes were cast, according to state law. They must file a petition for the recount with the Wisconsin Elections Commission and if it is accepted they must also pay for it.

For state and federal elections, the county boards of canvassers for the counties in which the contested votes are cast conduct the recount, and any person can observe it.

I’ve read some news articles that predict pandemonium if the popular vote is close and presidential electors are contested. Could that happen here?

State election officials and political party leaders say no. Because Wisconsin’s process is codified in state law and electors are chosen before the election, it leaves no ambiguity about what will happen if the votes are close.

Wisconsin Elections Commission Administrator Meagan Wolfe said during a press conference last month that commission staff does not expect any attempts to subvert the process, as it is codified in state law.

“I don't think hypotheticals are especially helpful in elections. We deal in facts. The law lays out the process for certifying results... there is not room for other things to happen in the process currently,” she said. “There actually isn't a role for the Legislature in our state process.”

Officials in both parties have said they are committed to the process as it stands now in state law.

“We are following the same process as we always have, and the only people trying to undermine this election are the Democrats, who are seeking last minute changes to election laws after having spent the last four years trying to tear down the Electoral College,” said Wisconsin Republican Party spokesman Alec Zimmerman.

Democratic Party chair Ben Wikler emphasized the importance of presidential electors this year and said the party was committed to making sure the election could not be subverted.

“We are going to do everything we can to make sure this election happens according to law,” he said. There is no way Gov. Evers would ever sign a law, if the Legislature passed one, changing how the electoral process works, he said.

“We are in a position to make sure this election happens the right way in Wisconsin.”

What about the courts? If the popular vote is contested, could the state Supreme Court decide who wins?

Theoretically, yes, though the Wisconsin Election Commission says it is unlikely.

If the vote went to a recount and a candidate disagreed with the results of the state’s recount, they could have recourse in state courts, said Wisconsin Elections Commission spokesman Reid Magney, but that would not change the presidential electors.

The candidate could petition the Wisconsin Supreme Court, which has a conservative majority, to take a case if a recount is disputed. The state Supreme Court’s decision could then be reviewed by the U.S. Supreme Court.

Rick Esenberg, president of the Wisconsin Institute for Law and Liberty, a conservative legal group that has filed several lawsuits surrounding voting in the state, said he does not anticipate having to file suit contesting the outcome of the presidential election.

The state Supreme Court would be the ultimate arbiter of whether municipalities complied with state law and who won the vote, he said.

“I certainly think it's possible that if we have a very close election like we did in 2000 there will be litigation, there will be controversy. At the end of the day, I think that will be resolved hopefully appropriately by the courts.” he said.

Who are the electors of the main parties?

The Democratic Party's electors are:

The Republican Party’s electors are:

An absentee ballot for the Nov. presidential election.