Wisconsin elections officials on Wednesday signed off on a plan to make available over $5 million in federal funding to beef up local voting security efforts ahead of the November general election.

The money — made available under two separate subgrants, one for counties and another for municipalities — seeks to bolster cybersecurity technology and training specifically, rather than tackle costs associated with the COVID-19 crisis.

Elections Commission Administrator Meagan Wolfe touted the importance of continuing to focus on the importance of localities’ cybersecurity efforts before voters cast ballots this fall, noting currently there’s “a much larger pot of money available” for coronavirus-related costs."

“These are the only funds that are out there that are specific to cyber security and elections,” she said of the federal Help America Vote Act funding. “I just really think it’s important that we not lose light of all the cybersecurity things that still need to happen in our state to make sure that we can continue to keep pace with the cybersecurity threats that change every single day.”

Commissioners previously signed off on spending $7.2 million from the federal CARES Act signed into law earlier this spring for expenses tied to the virus, including unbudgeted things like extra postage and envelopes for an anticipated high volume of absentee ballots, for example.

The latest plan unanimously approved by commissioners Wednesday afternoon would create a nearly $3.9 million subgrant for counties for “immediate election security needs,” per the WEC meeting materials, and a separate $1.2 million for subgrants to municipalities for training programs, IT support and more.

The municipalities subgrant is a continuation of a program that began last year to make federal funding available for baseline security improvements and more. Staff said reviving the program was necessary for the 1,005 municipalities that didn’t take advantage of the initial framework that was offered, noting they had heard demand from some new clerks in localities that previously didn’t apply for the dollars.

Commissioners unanimously opted to approve the grants with some changes — including requiring that to receive funding, counties need to have a secure email and website or provide a plan to use those funds to obtain the same. Further, any unused funding in the municipalities’ subgrant could be directed to the counties’ pool of funding.

“We’re trying to create a baseline that’s secure and this is a step towards that,” Democratic Commissioner Mark Thomsen said.

Separately, Wisconsin elections officials’ plan to send 2.7 million registered voters absentee ballot applications cleared another hurdle this week after commissioners signed off on a preliminary version of a mailer that would be sent out ahead of the Nov. 3 election.

Leading up to the meeting, some Democratic commissioners had worried that having the Elections Commission review the wording would act as a roadblock to getting the applications out in time. While initial phrasing was approved Wednesday, commissioners are meeting again next week to sign off on the final version before it’s sent out to be printed.

Tensions ran high among commissioners Wednesday as some sparred over the need to ask recipients to verify they were 18 years of age and U.S. citizens. Because the mailing is going out to registered voters, Democrats argued that wasn’t necessary.

But Spindell noted that given the number of people set to receive the mailings, “I think we need to remind people that perhaps they should remember that they need to be honest about this.”

Under the $2.3 million plan, covered by federal funding, not all of the state's approximately 3.4 million registered voters would be sent letters. Excluded are some 528,000 who have already requested absentee ballots and 158,000 the state believes have moved since they last voted based on information that officials have received.

The effort comes as officials anticipate continued interest in voting by mail for the coming elections surrounding uncertainty stemming from the novel coronavirus crisis.

What would it take for Wisconsin to hold a mail-in election?

The logistics and timing of pulling off the move in Wisconsin — even if the political will to change state statute was shared — would be tough to overcome.

Madison logs over $100,000 in extra costs for April 7 pandemic election 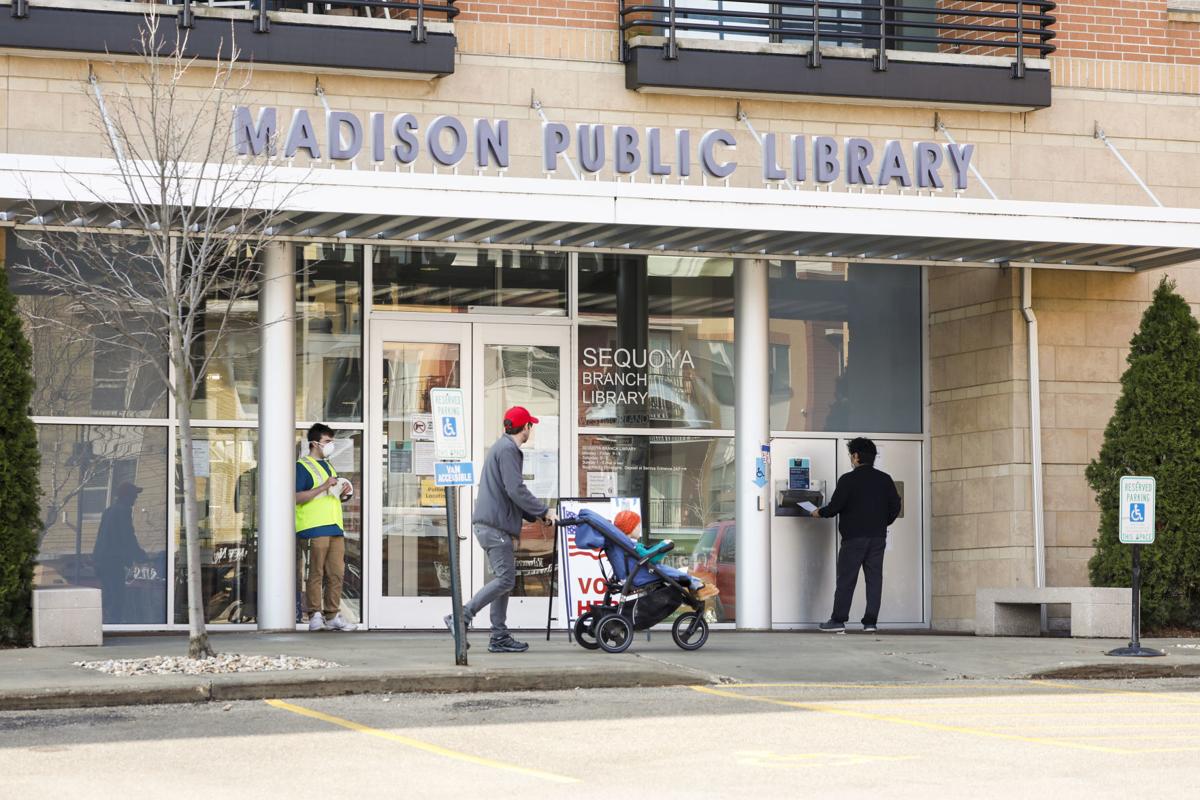 A poll worker keeps their distance as voters deposit their absentee ballots into the book drop at Madison Public Library Sequoia Branch on April 7. 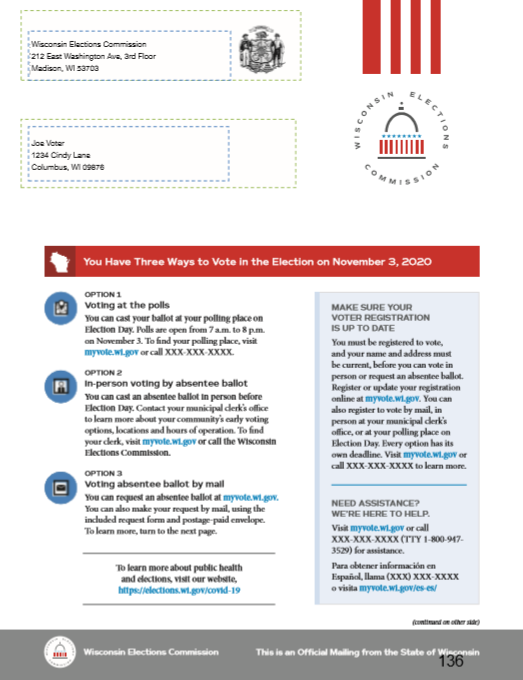 The first page of an early version of the Wisconsin Elections Commission's mailing to registered voters of absentee ballot applications and information.