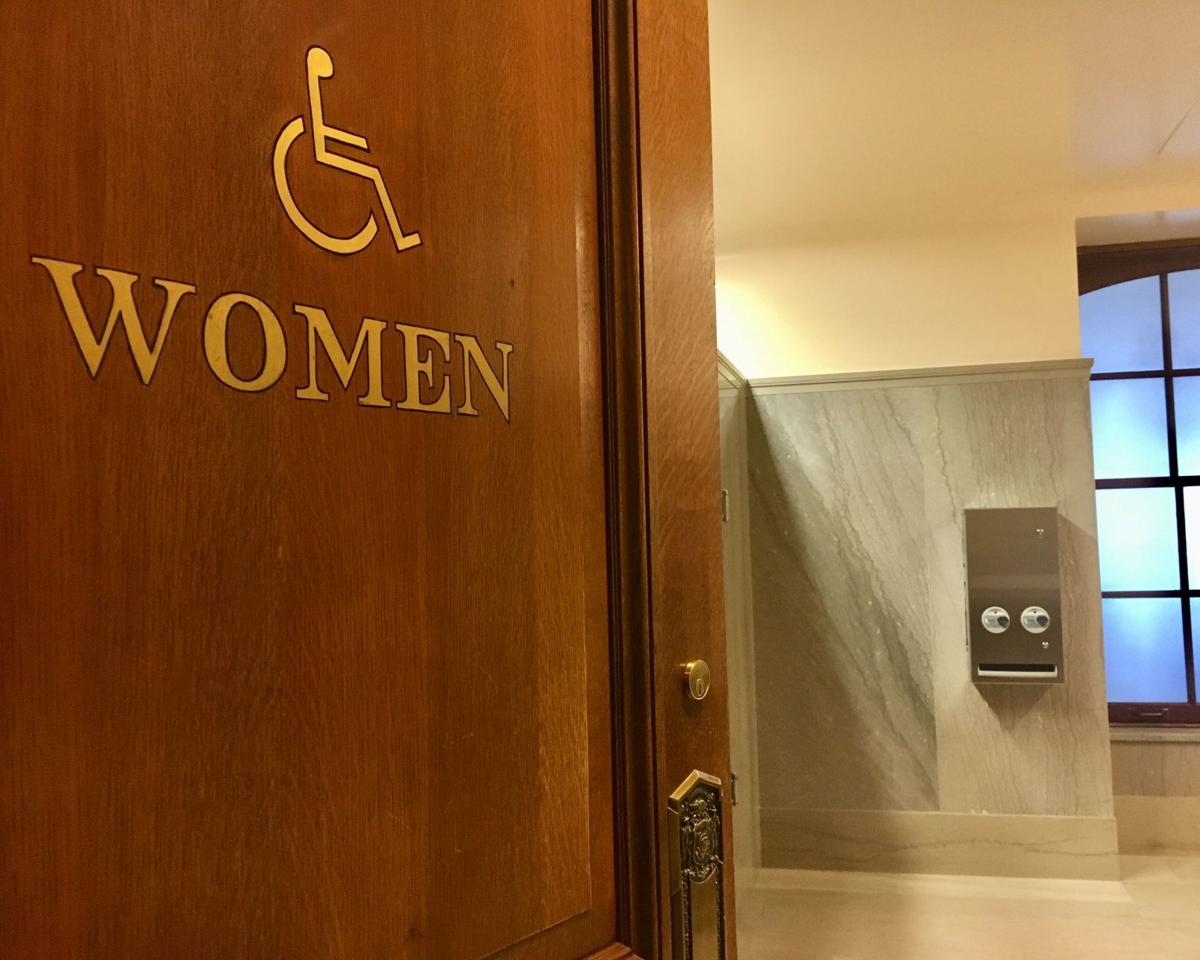 A women's bathroom in the state Capitol includes a free menstrual product dispenser on the far wall. 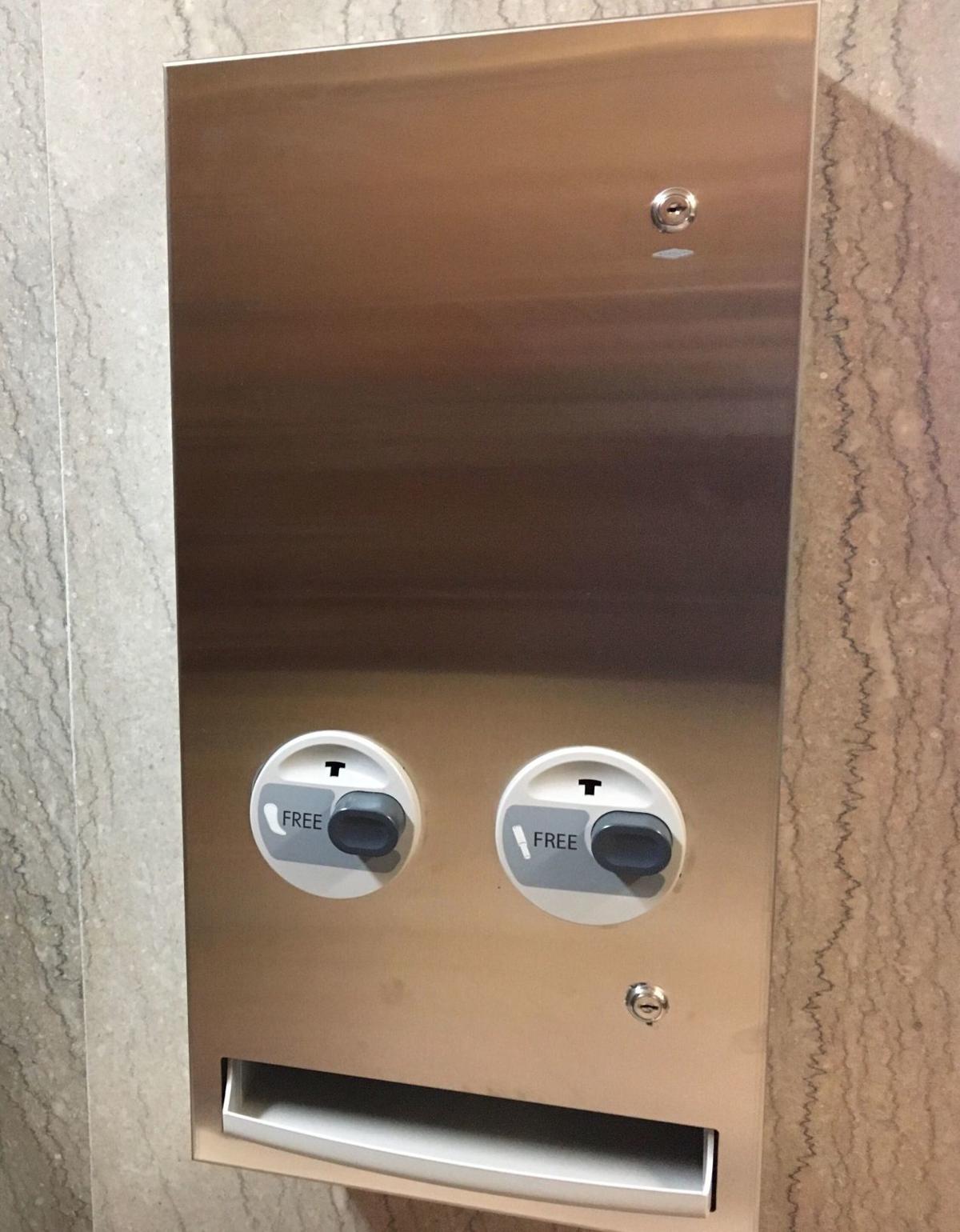 A free menstrual product dispenser in a women's bathroom at the Wisconsin state Capitol.

Free pads and tampons are now available in all women's and some unisex bathrooms in the Capitol and state-owned office buildings.

The move, which carried an $18,875 price tag, comes after the Department of Administration installed or converted 138 menstrual product dispensers across two dozen DOA-controlled buildings in recent weeks.

State Rep. Melissa Sargent, who has pushed for legislation in the past to force state-run buildings to offer free tampons and pads, touted the news Tuesday as "a significant step towards equality."

"Menstrual products are necessities, not luxuries, and no individual should have to be without them when they are in need — especially in our government buildings," the Madison Democrat said in a release.

DOA began the work in September and Assistant Deputy Secretary Tia Torhorst said she expects it will be concluded this month, as officials have faced delays in one state building in downtown Madison that houses the Department of Health Services and others.

The work, which took place in buildings across the state, was paid for out of existing DOA operating funds. Asked about anticipated costs to stock the machines going forward, Torhorst didn't provide an estimate and said those expenses will depend on usage. Those supplies would also be covered by DOA's operating budget.

Rally for menstrual equity planned for Saturday afternoon at Capitol

Two Madison high school students have organized a rally for menstrual equity for Saturday, Oct. 19, from 2-5 p.m. on the Capitol steps.