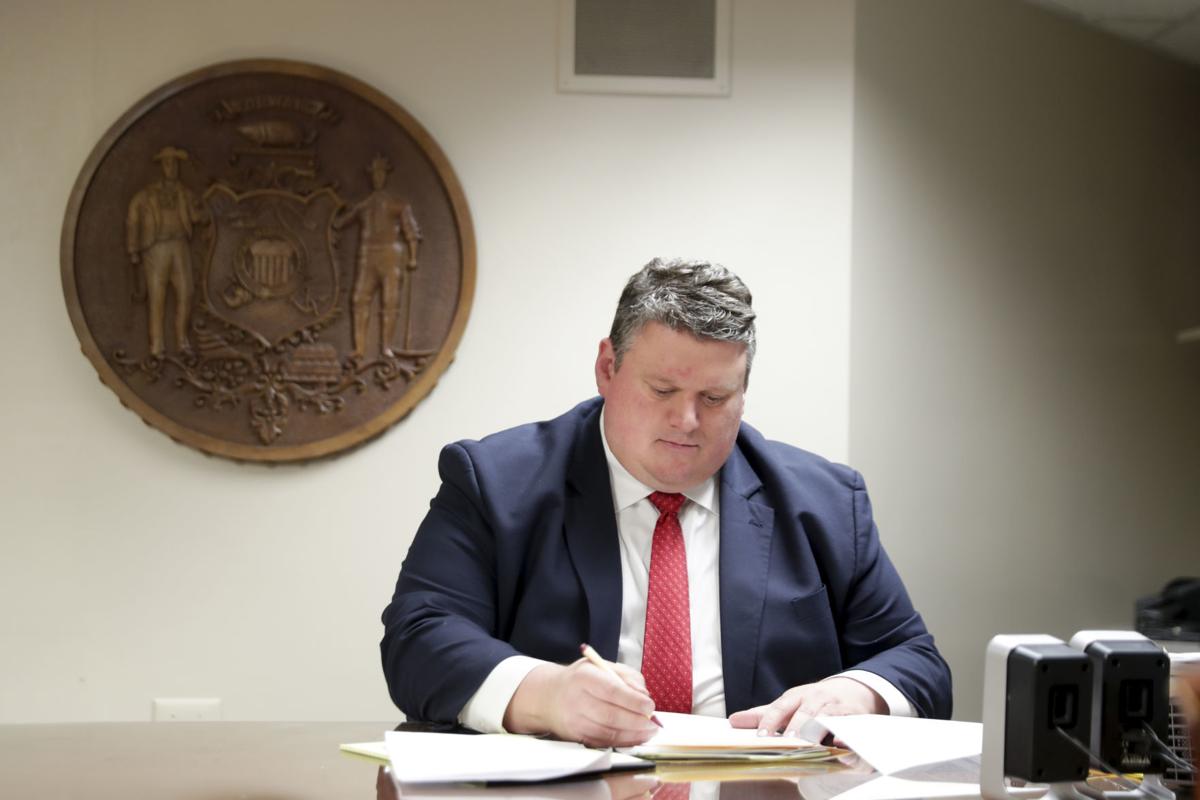 Wisconsin State Treasurer Matt Adamczyk does not plan to seek re-election to the office this fall. 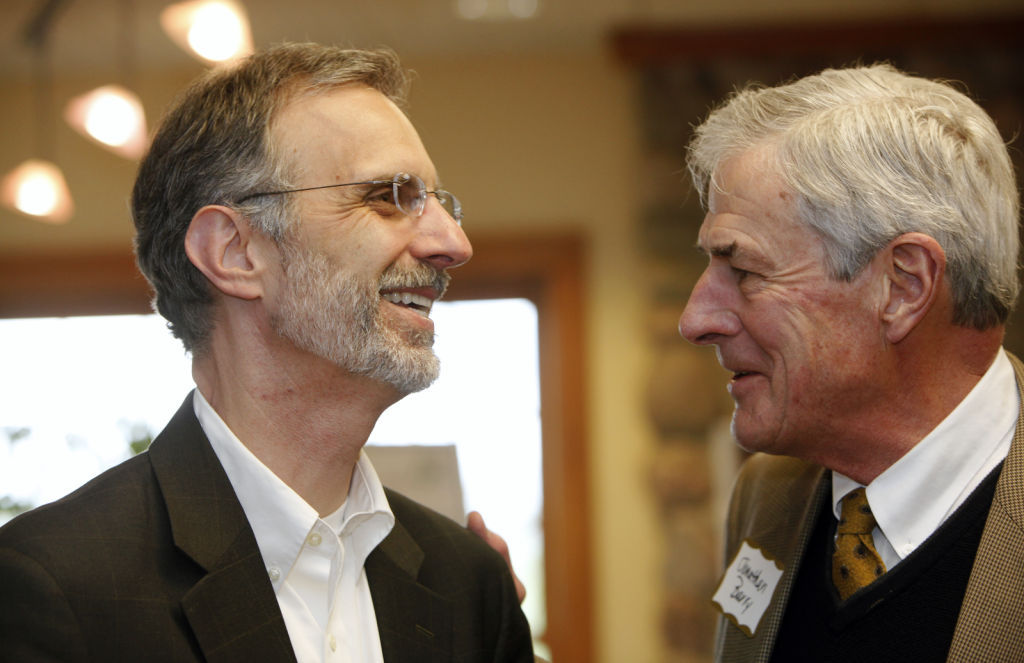 The Board of Commissioners of Public Lands, or BCPL, is charged with investing money from the sale of public lands and is bound by law to disburse earnings to the state's K-12 public school libraries. Republicans Schimel and Adamczyk, and La Follette, who is a Democrat, are its only board members. They meet twice a month with agency staff to approve loans and other business.

At the July 23 meeting of the board, Adamczyk criticized the credentials of the agency staff who manage its investments, questioning why returns have not been as high as the State of Wisconsin Investment Board, which primarily manages money from the state's retirement system and is bound by a different set of laws.

"I am just personally concerned that we have three people in the investment committee that just don't have a background," Adamczyk said to agency staff. "You don't have a professional background in this and I find this extremely concerning."

Throughout the 31-minute meeting, held over a conference call, Adamczyk further questioned the financial competency of employees charged with making investment decisions and said they were "learning on the fly," rather than having substantive private sector experience prior to entering state government.

Schimel and La Follette pushed back.

La Follette, who at one point threatened to hang up on the call, criticized Adamczyk for harrassing the staff.

"I would like to not continue anymore this discussion and I want this to be on the record that I say the following: I am critical of the treasurer's continual harassment of our staff on this issue ... there is no rhyme or reason for that," La Follette said. "It’s just irritating me to see it and it’s making our staff's lives difficult. They have important work to do. Having to respond to (what is) clearly harassment has to end. I want that on the record and I'd urge the treasurer to stop doing it."

As one agency staff member went on to detail his qualifications, which included earning a Chartered Financial Analyst credential, Adamczyk interrupted, prompting Schimel to interject.

"Matt, you asked him what his qualifications are and you won't let him say what they are ... just shut it for a minute!"

After the employee finished, Adamczyk cut in again.

"I’m sorry if you guys don't like questions, but just because you don't like a question doesn't mean I can't ask it. I'm sorry you guys, I'm on this board," he said.

Schimel then had enough.

"Matt, I gotta tell you, I’m counting the days till you’re not on this board. I’ve had enough. Doug is absolutely right. The string of demands you've made on the people who work hard on this agency has been unreasonable and abusive and I’ve said this before on the record and I'm going to say it again on the record: Your personality and approach to these people is abusive and unreasonable so we’re done with this. You made your unsubstantiated allegations for the whole world by claiming these guys are unqualified ... they have performed very well in the functions they are doing," Schimel said.

Schimel went on to say that he's anxious for Adamczyk to be done with the board and said he's scared they would otherwise have to hire new staff because current employees would quit over how they're being treated.

The agency's former executive secretary, Tia Nelson, quit in 2015 after commissioners, led by Adamczyk, voted to ban staff from speaking about climate change at work. Schimel later voted to soften the ban, but Adamczyk remained adamantly opposed to any climate change talk.

"Brad and Doug don't want to do anything, let's just move on," Adamczyk said. "I’m fine to move on."

"Yeah, that's what you always do, Matt," Schimel said. "You come and make an attack and then as soon as anyone responds you go, 'Oh move on.' Great."

The heated comments are the latest in what has become a tense relationship between the commissioners, with both Republicans at times at odds with each other.

All three men are running for election this year. Schimel and La Follette want to retain their current seats and Adamczyk, who has advocated abolishing the state treasurer's office, is leaving the position to run for the Assembly District 14 seat.

On Wednesday, Adamczyk doubled down on his assessment of the Board of Commissioners of Public Lands staff, arguing that his opinion was unpopular among employees, Schimel and La Follette because he wants change.

"I’m the only one saying to change things," he said. "Not changing things is easy. I'm the one advocating for something different. It's not because it helps me. This is something that would help all the schoolchildren in Wisconsin."

Adamczyk emphasized that he wants to see a greater return on the board's investments so that more of that money can go to Wisconsin kids.

State employees who are managing more than $1 billion dollars in public money and engaging in more risky investments, including venture capital funds, should have extensive experience doing so, he said. He wants to move the board's investment portfolio to the State of Wisconsin Investment Board, which employs staff who have more experience, Adamczyk said.

"People that manage public money should have a background doing it," he said. "I don’t think I’m being unreasonable."

The state employees who make the day-to-day investment decisions on the BCPL do not have substantial private sector experience, but do have backgrounds and training in finance and accounting. Several employees have had more than 10 years in their jobs and have become experts in the particulars of how investments must be made with the agency, said Jonathan Barry, the agency's executive secretary.

Adamczyk is being disingenuous with his allegations about transferring investments to the State of Wisconsin Investment Board, purposefully ignoring analysis from the nonpartisan Legislative Fiscal Bureau, Barry said.

“There is no way to compare the two and Matt Adamczyk knows this," Barry said in an interview Wednesday. "He is not being forthright.”

"The ... trust funds have disparate goals and risk profiles, making a comparison difficult," wrote analysts at the LFB in a December 2017 memo.

It would require a constitutional amendment and law change for the agency's investment to be transferred to the state's investment board, Barry said. The fund has legal restrictions that can limit growth but ensures a more reliable and steady stream of money for schools each year. The agency also puts some money into a reserve fund to guard against extreme fluctuations.

According to the LFB, the Board of Commissioners of Public Lands' investments were growing at an expected rate. Actual earnings have increased each year since 2013. In 2016, its fund earned $39.5 million.

It disburses 97 percent of its earnings each year, Barry said.

LFB on Board of Commissioners of Public Lands

In the post addressed to teachers, Roys lists the ways she says “you, your pocketbook, and your profession have been under attack” under Gov. Scott Walker’s administration.

Wisconsin State Treasurer Matt Adamczyk does not plan to seek re-election to the office this fall.