But they were relieved.

“While it was certainly relief that the verdict came down the way it did, we still have a long way to go yet in restoring justice, in delivering justice to people all across this country,” Milwaukee County Sheriff Earnell Lucas said.

Barnes, who watched Judge Peter Cahill read guilty verdicts on three counts against Derek Chauvin for the murder of Floyd, said what was a surprise was how unsure some community members felt that justice would be served.

“That trial really gave me some energy to communicate better with my community, to go back and, of course, look at policy and, of course, to make sure most importantly, the culture of the Madison Police Department is a culture where that could never happen,” Barnes said.

Barrett, who will take over for Sheriff David Mahoney May 9, described the evidence against Chauvin as “overwhelming” and was happy to see the former officer held accountable.

“We as peace officers will no longer stand by and let other officers commit heinous crimes or act inappropriately,” Barrett said. “That’s the start and beginning of building trust with our communities.”

Sanders and the law enforcement leaders discussed how they talk to youth about interacting with police officers, training and how they influence a culture that reflects their priorities.

Sayles recommends having “courageous” conversations with command staff, especially sergeants as front line supervisors. For Norman, it comes down to them as heads of their departments.

“It’s important we do set the tone,” Norman said. “We model the behavior we expect from our people.”

Barnes said the answer involves getting to know individual neighborhoods, and Barrett highlighted forming a department that reflects the community in all ways.

“Proximity breeds care and distance breeds fear,” Barrett said. “The more we’re not connected with our community, the more that fear is going to come up and that perception is going to be built."

Sanders said the conversation itself was unprecedented and unique.

“We often talk about police, what they’re doing or not doing, representation, but we have some Black men who are leading some major places in our state,” Sanders said. “Sometimes in Wisconsin we get a bad rap, but we also should applaud when we’re going in the right direction for having people of color, Black men leading organizations.”

Sayles commended his colleagues from across the state and urged community members to take note.

“You have some very well rounded, level headed guys that’s leading the charge and the change and reform in policing. We’re doing this because we want to,” Sayles said. “Sometime throughout our life, we may have suffered injustices and we want to make sure policing is in the right hands going forward.”

“My goal while in office is to continue to increase the integrity, honor and trust of the Dane County Sheriff's Office,” Barrett said in an interview.

Madison’s Police and Fire Commission chose Barnes out of 43 candidates, and he was among four finalists that included Ramon Batista, Christopher Davis and Larry Scirotto.

Though he officially began the job Monday, he’s already been at work in the city for a couple weeks meeting virtually with community members. 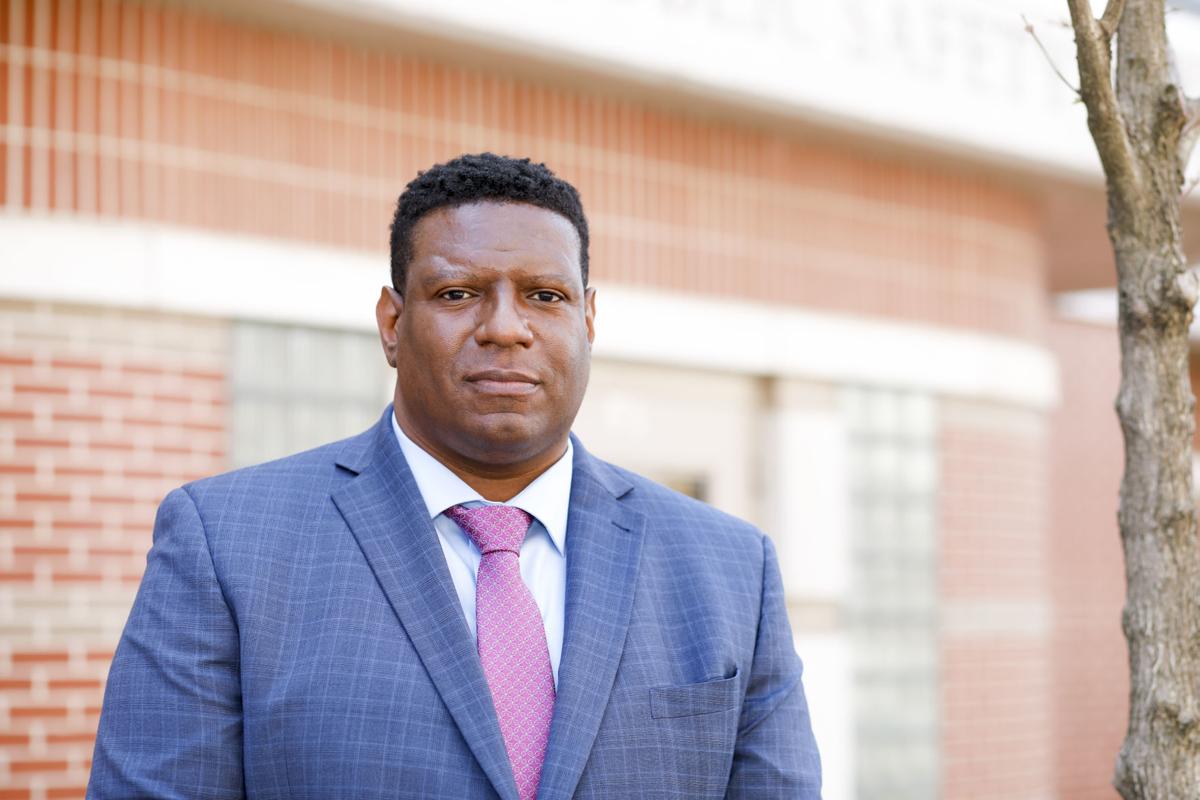 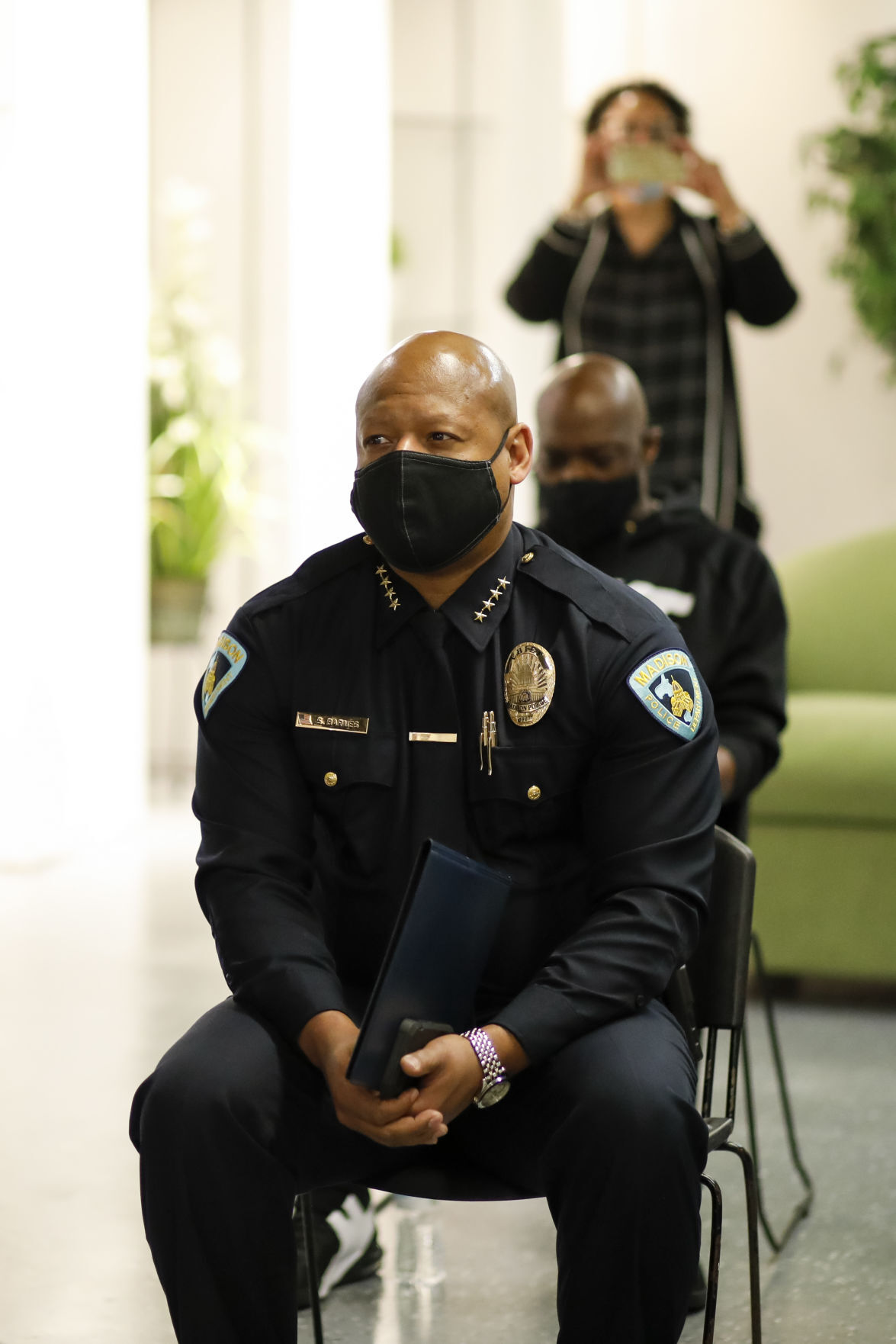 Madison Police Department Chief Shon Barnes watches the news as the announcement of guilty verdicts is made for former Minneapolis police officer Derek Chauvin on April 20. 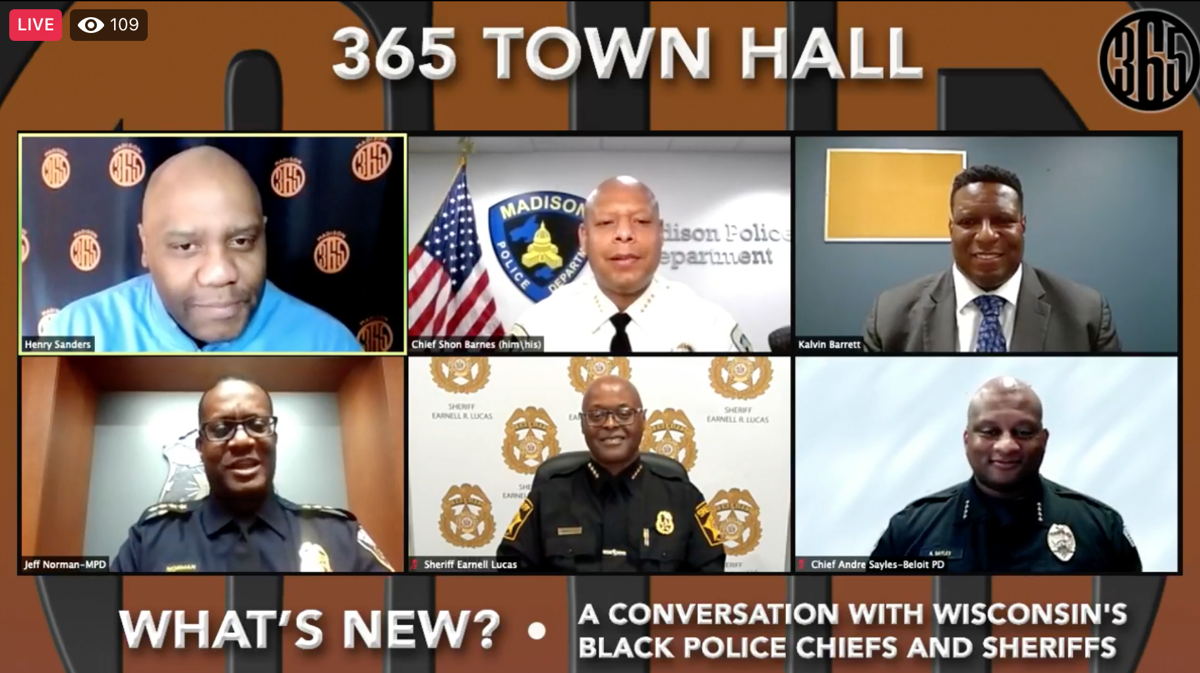