Tristain Thomas did not intend to go to the polls during a pandemic.

Thomas, a 38-year-old logistics technician from Appleton, thought ahead in early March. As Wisconsin’s share of the coronavirus pandemic turned serious, he requested a ballot be mailed to him — well ahead of the deadline to return it for Tuesday’s election.

It never came. So Thomas and his wife discussed their options Tuesday morning: give up their right to vote, or risk catching a virus at the polls.

They chose to vote, bringing a mask, gloves and hand sanitizer for protection against the virus.

“I know so many of my family fought for this right, and I didn't want to let them down,” Thomas told Wisconsin Watch. “I had to do this, but it still makes your heart sink into your stomach.”

Thomas is among many Wisconsinites who requested mail-in ballots before Friday’s deadline but did not receive them from clerks by Election Day. The bureaucratic clog thwarted voters’ plans to participate in democracy from the safety of their homes. Some still voted, and others did not.

Wisconsin voters were set to have extra time to mail in their ballots after a federal judge Thursday said clerks could accept ballots received by April 13.  But the U.S. the Supreme Court late Monday — just hours before polls were set to open at 7 a.m. — ruled that mailed ballots must be postmarked by Tuesday to count, even if voters who requested them had yet to receive them.

The court’s 5-4 majority wrote that voters who request their ballots on time in ordinary elections “will usually receive their ballots on the day before or day of the election.” Parties suing to give voters more leeway offered “no probative evidence” that voters “would be in a substantially different position from late-requesting voters in other Wisconsin elections.”

But on Tuesday, it was easy to find Wisconsinites who said they never received their ballot.

Sam Stanley, who works in a UW Health laboratory in Madison, said he never got the ballot he requested two or three weeks ago. He said voting was too important to skip, but he lamented being forced to take a risk to participate.

“We're in the middle of a pandemic, and we're literally doing what you're told not to do,” he said.

He brought a mask and hand sanitizer, and said his polling place in Madison, where plexiglass separated clerks from voters, “wasn’t terrible” compared to scenes he’s seen from other cities — like Milwaukee, which whittled its list of polling places from 180 to five.

Sarah Schaefer, a University of Wisconsin-Milwaukee art history professor, waited about 90 minutes — wearing a mask and gloves — to vote in Milwaukee after not receiving the ballot she requested last week.

“It’s infuriating, but it's what I've come to expect from our Legislature,” Schaefer said.

But she added her trip to the polls was a positive experience overall.

“It felt like there was a common purpose, and people were being very humane to each other and thanking poll workers,” she said.

No mail, no vote

She submitted her request for a ballot for herself and her husband on March 12. Her husband’s ballot came weeks later, but hers never did.

Brummond said she tried to follow up with election officials in Milwaukee, but never got an answer. Brummond, who has five children, said she would not go to the polls on Tuesday. She had intended to vote in a school measure that was on the ballot, but called it too risky.

“I can’t bring coronavirus into my house,” she said. “I’m just going to have to opt out,” she told The Guardian.

Suzanne, a graduate student who asked that her last name not be used, requested her absentee ballot on March 4. It still had not arrived by Monday.

She emailed the Milwaukee Election Commission in the afternoon, which vowed to send a new ballot. The commission’s email, shared with The Guardian and Wisconsin Watch, said Suzanne had until April 13 to return the ballot.

But the U.S. Supreme Court ruled hours later that ballots must be postmarked by Tuesday. She emailed the commission again on Tuesday, asking for a ballot by email. This time, the commission responded and said staff could not reissue a ballot because the deadline of April 3 to request one had passed.

Suzanne did not vote Tuesday.

“Very disappointed, because this was my first voting experience,” she told The Guardian.

Madison voter Alejandro Riano also waited two weeks for an absentee ballot that never arrived. On Tuesday, he ventured out to an East Side grocery store to vote.

Riano said there were only half a dozen voters. He brought his own pen but ended up sharing it with other voters who also were afraid to use the pens provided by the city, which planned to sanitize them between uses.

Many fellow Latinos probably decided not to vote Tuesday because of fear of the pandemic, lack of technology to request absentee ballots and confusing rules, he said. Riano planned to make a series of videos in Spanish showing how to vote absentee, but he could not finish because he never got his ballot.

Riano said his partner decided voting was too dangerous and stayed home.

As of Tuesday afternoon, Wisconsin Elections Commission data showed that more than 9,000 of the roughly 1.28 million who had requested mailed ballots had yet to receive them. But the accuracy of that figure is unclear. Wisconsin Elections Commission administrator Meagan Wolfe cautioned Monday night that the number, reported by busy county clerks, could change and may be smaller.

Said Ann Jacobs, a Milwaukee Democrat on the commission: “We should be embarrassed that this many votes are not going to be counted.”

Rural Green County, in south-central Wisconsin, reported 20% of its 7,061 requests were not filled. Only tiny Menominee County, which reported fulfilling 74 of 112 requests, reported a bigger percentage gap on Tuesday.

Green County Deputy County Clerk Arianna Voegeli called the data “not accurate,” and said her short-staffed office had fulfilled most requests, even if they had struggled to update the data. “Our clerks have been doing a phenomenal job of keeping up,” she said Tuesday.

When the final numbers emerge, she added: “I am very confident that the gap will be much smaller, if not non-existent.”

Thomas, the Appleton voter, requested his ballot from Calumet County. If the county’s data are to be trusted, he appeared to be among a small group of voters — 14 — with unmet requests.

Thomas said he thought about his late grandmother as he considered whether to head to the polls Tuesday.

He recalled that Eartha Bonds, a centenarian, poured much of her energy into civil rights efforts, and even marched alongside the Rev. Dr. Martin Luther King Jr.

“This vote is pretty important,” Thomas said. “This right that we have is huge. The only way we’re going to change things is to vote, and we can’t allow our vote to be suppressed.”

Sam Levine of The Guardian and Parker Schorr of the Cap Times contributed to this report. The nonprofit Wisconsin Watch (wisconsinwatch.org) collaborates with the Cap Times, other news media and the UW-Madison School of Journalism and Mass Communication. All works created, published, posted or disseminated by the Center do not necessarily reflect the views or opinions of UW-Madison or any of its affiliates.

'We are asking our voters to choose between democracy and disease,’ said Ann Jacobs, a Democratic state Elections Commission member. 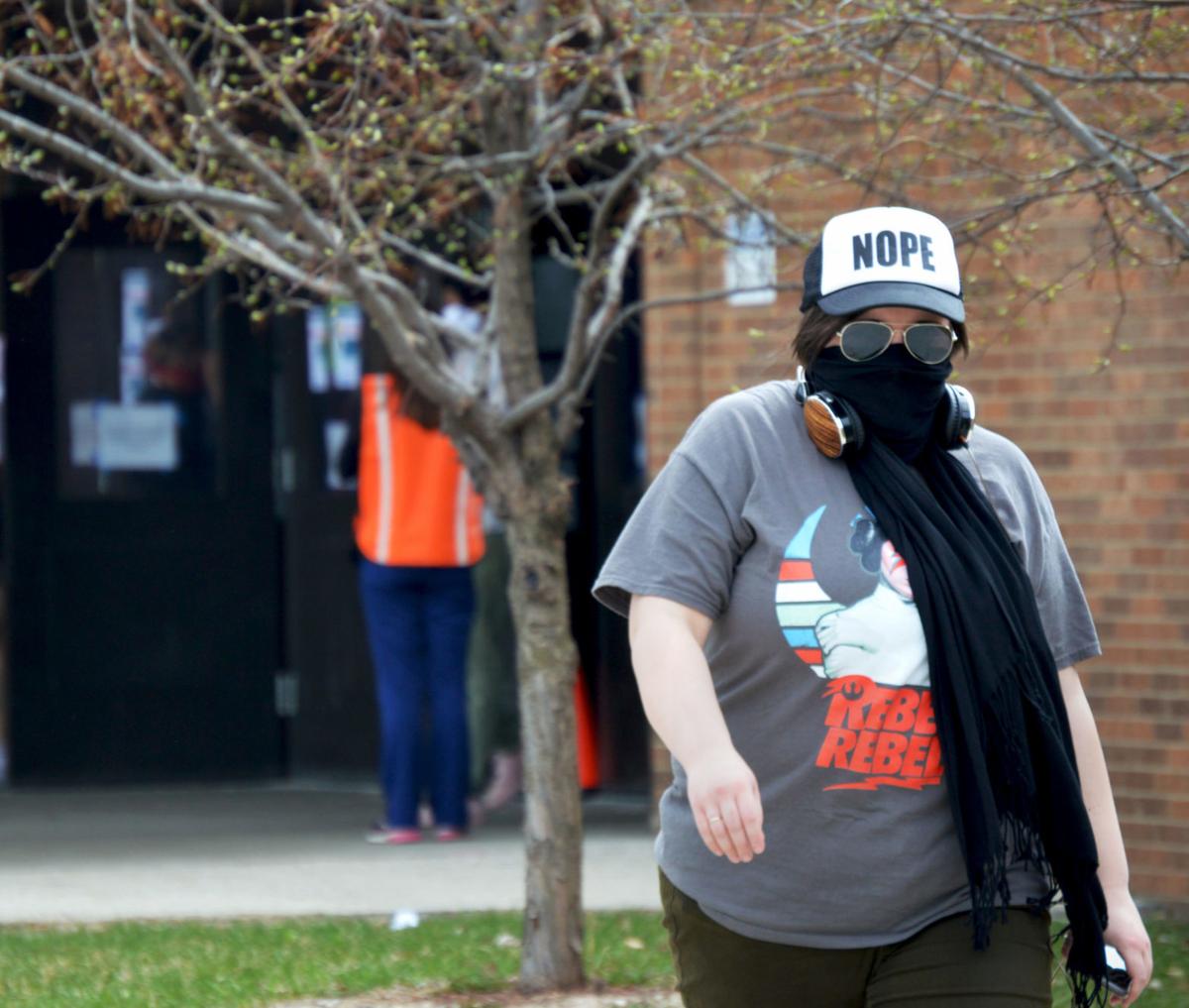 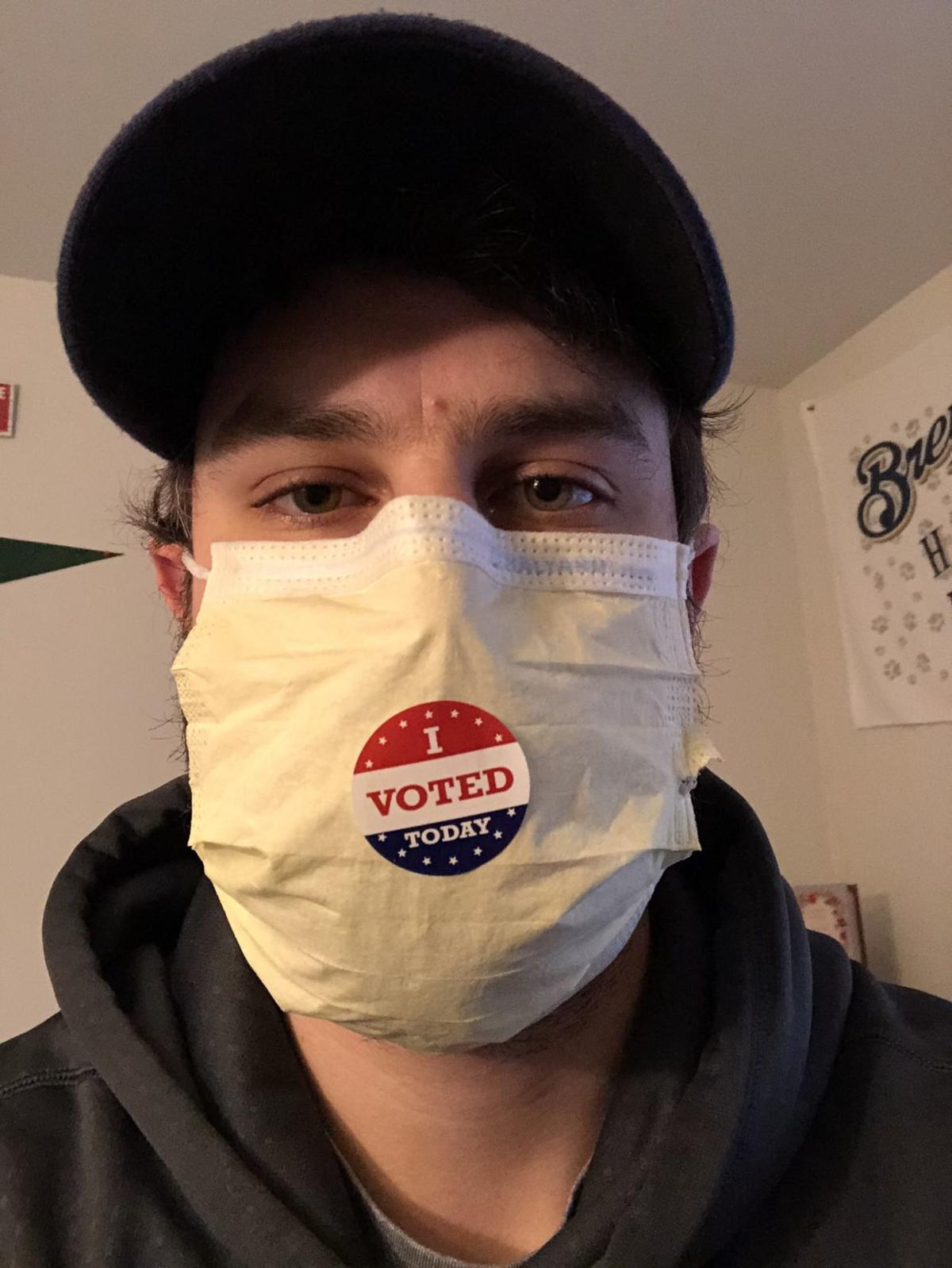 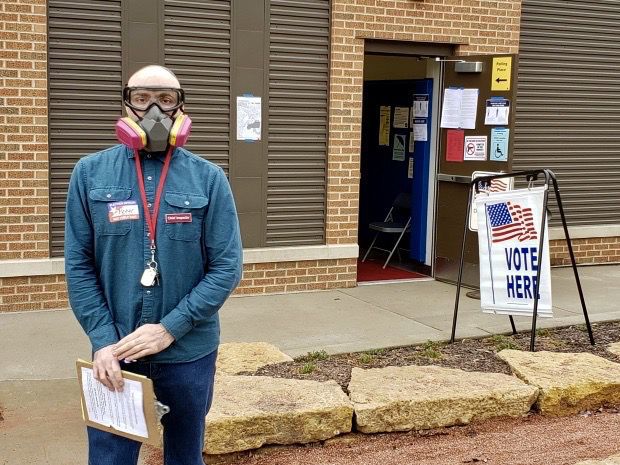 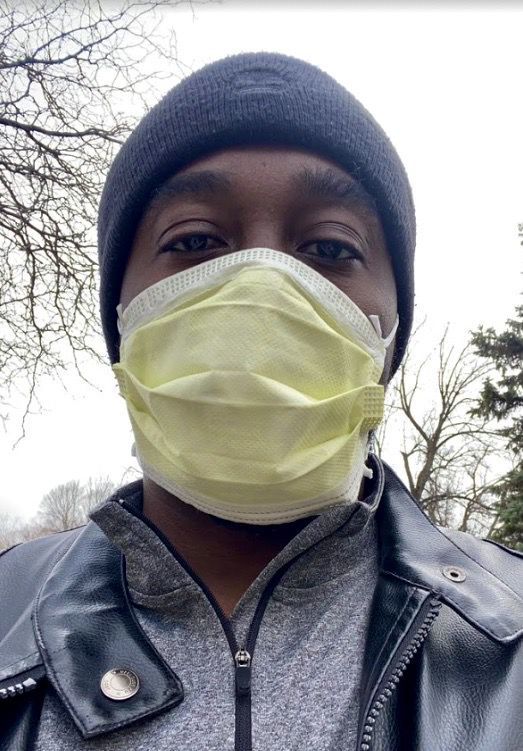