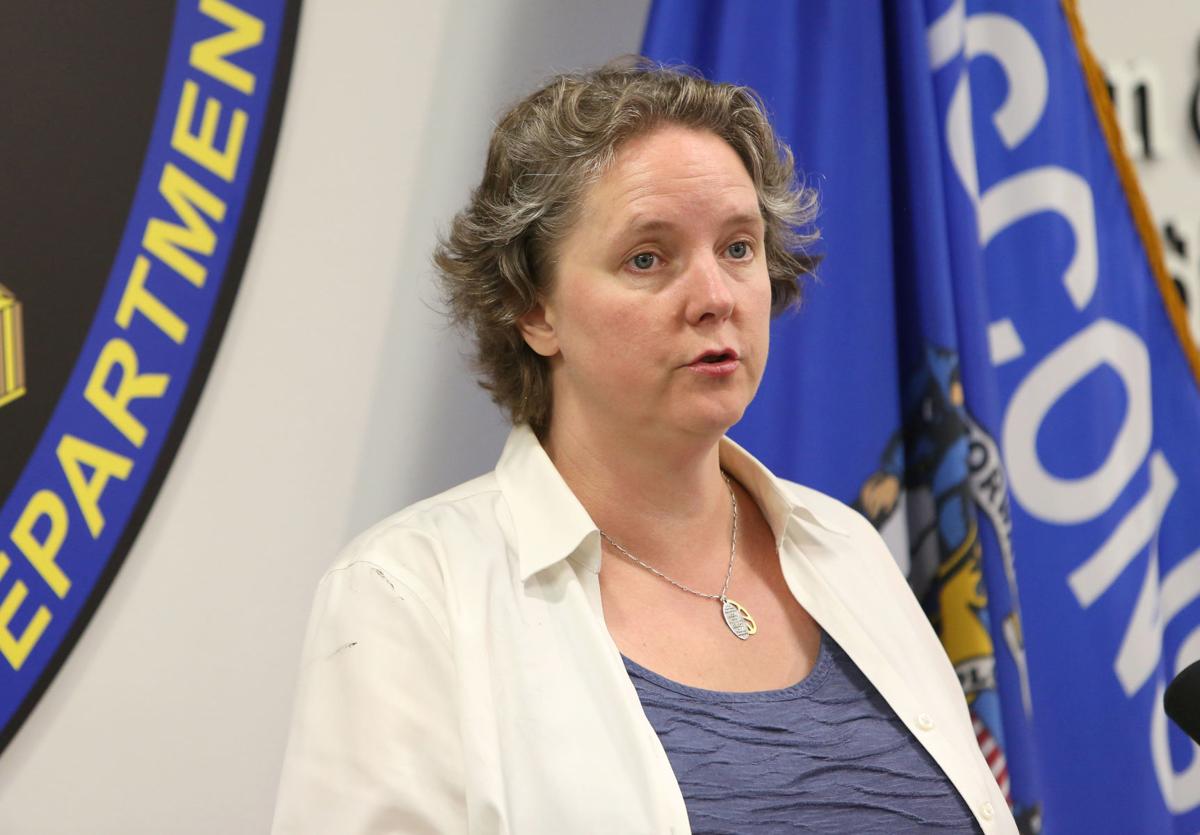 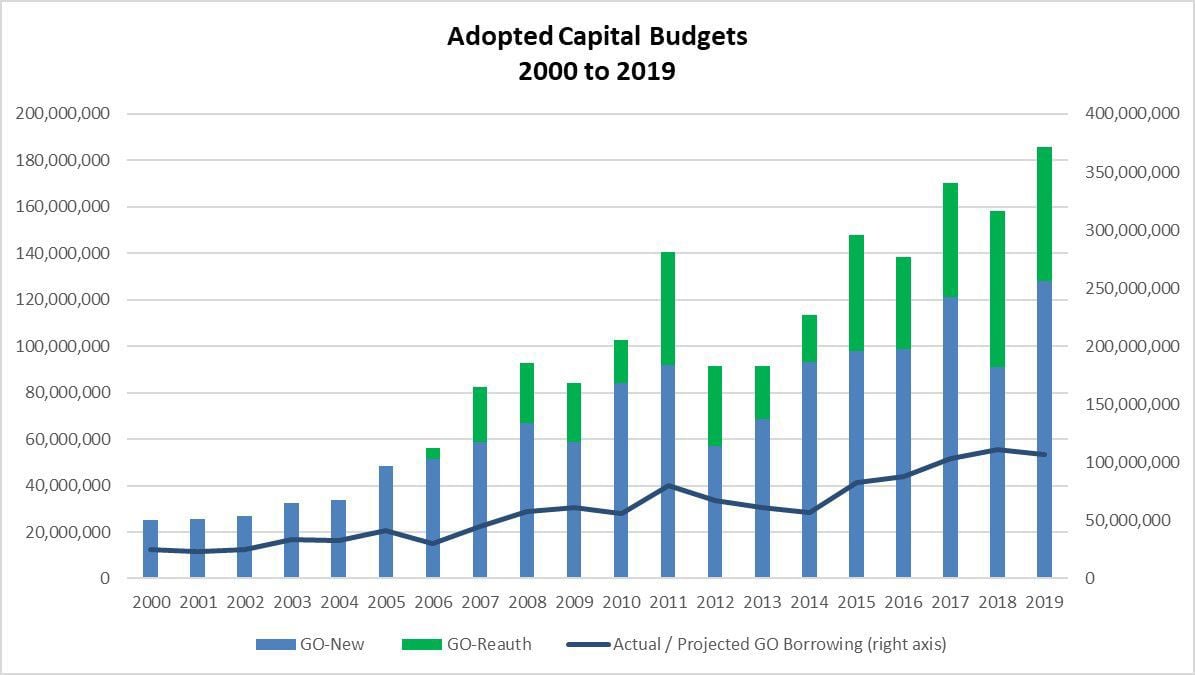 The city's capital budgets have grown significantly over the past 15 years. 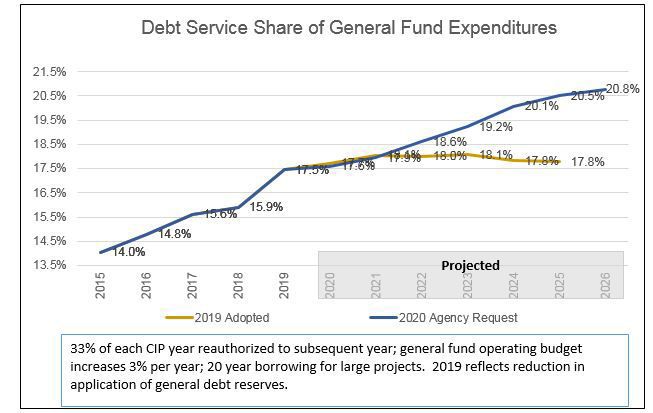 Rhodes-Conway told the City Council Executive Committee at the beginning of August that the 2020 budget would likely bring difficult conversations.

“This is just the first warning sign that it is going to be a tough budget conversation and that there's not going to be a lot of room,” Rhodes-Conway said at the Aug. 6 CCEC meeting.

If all agency requests were funded in 2020, the city’s debt would be at 20.8% of general fund spending.

As the city begins constructing and renovating more facilities, Madison is starting to use 20-year instead of 10-year borrowing in targeted situations to more closely aligns the debt with the facilities’ longer useful life. Using 10-year debt is better connected to paying for projects like street resurfacing.

Schmiedicke said the city “shouldn’t have debt that extends beyond the useful life” of facilities.

Shrinking the debt burden is achieved by decreasing the amount of money the city borrows in any given budget. Rhodes-Conways said there are projects in the executive 2020 capital budget that are recommended for removal or deferral.

“We are trying to constrain the amount we borrow each year, while keeping in mind the services we need to provide and my priorities,” Rhodes-Conway said at the CCEC meeting.

In her budget instructions to all departments, Rhodes-Conway outlined five priority areas where she would like to focus the city’s capital investments, which include making sure everyone can afford to live in Madison and providing “robust and rapid” transportation.

This includes Bus Rapid Transit, which comes with a high estimated price tag of about $120 million to $130 million for initial capital costs, according to the Wisconsin State Journal.

Additionally, the mayor would like the capital budget to address both climate change mitigation and response efforts, elimination of disparities with a focus on racial equity and resident engagement.

This year, the mayor asked departments to match funding requests to the city’s new comprehensive plan, called Imagine Madison. This plan outlines future approaches to transportation, housing and land use, among other focus areas.

City Council President Shiva Bidar expects a difficult conversation given the financial constraints of the city as well as a largely different City Council who came into office with their own priorities. She said the city is in a “particularly challenging situation” this year.

“It’s going to make it for a very in-depth and challenging conversation about what we can shift and if we can shift anything and at the same time, try to achieve some of the goals and initiatives that the mayor and alders will be bringing forth,” Bidar said.