After almost two years of studying the structure of local government in Madison, a task force is recommending significant changes with the goal of making the city more accessible to and representative of all residents.

The 11-member committee — tasked with analyzing the composition of Madison’s local government, powers and duties of the mayor and City Council, and large number of boards, commissions and committees — met 90 times, conducted extensive research and debated the nuances of local government.

The committee found “the city’s current government structure is an impediment to full participation and representation and, therefore, that the city’s structure is fundamentally unfair to a large portion of the city’s population, including, most notably, the city’s residents of color and low income,” according to the report.

The report will be introduced at the City Council’s meeting on Tuesday, Jan. 7, at 6:30 p.m. in room 201 of the City-County Building at 210 Martin Luther King, Jr. Blvd. Then, the report will be referred to the Common Council Executive Committee, the Equal Opportunities Commission, the mayor’s office, the city clerk and the IT Department for review.

Ald. Rebecca Kemble, District 18, who served on the task force, said she wants to make changes to Madison government to get more residents involved.

"I personally want to help folks understand, number one, why it matters and, number two, change things so their voice does matter," Kemble said.

The task force recommends that the city transition from a part-time, 20-member City Council to one that is full-time and has 10 members who earn approximately $67,000 per year, or 80% of the adjusted median income for Dane County for a single parent with two children. Alders are currently paid approximately $13,570 for their work.

In its current form, aldermanic districts receive unequal levels of representation based on how much time their alder can devote to city work, the report found. While the job is currently considered part time, alders who are retired or have flexible working hours often spend more time on city business than others.

A new structure could encourage people into leadership who may have not been able to due to financial, time or other personal considerations, the report says.

"This can’t just be a job for retired people or people who are able to work through their workplace and get in places where they can put in the necessary time to do this job," said Ald. Keith Furman, District 19.

The votes recommending reducing the size of the council and moving to full-time were not unanimous. Those who opposed a full-time council expressed concern that it could open the door to “professional politicians."

On the size of the council, some task force members believed fewer representatives would be a financial necessity as a result of going full-time. Others felt that argument conflated the two issues.

Kemble did not vote in favor of the changes to the City Council's structure, though she said the job should have more incentives. She said that these "attention-grabbing" recommendations will have the least impact. Better would be to form an Office of Resident Engagement and Neighborhood Support, which would improve participation in local government by creating direct connections to residents and building trust, she said.

"I have seen and experienced firsthand the ... miraculous outcomes of when people are given a real voice and an actual stake in decisions," Kemble said.

Any changes to how Madison’s government operates would likely require referendums, ordinance changes or resolutions. Mayor Satya Rhodes-Conway has previously said that she would like to look into other ways to address the workload of alders like making sure the City Council and council office have sufficient resources.

Task force member Justice Castañeda, the executive director of Common Wealth Development, said he is not optimistic that the recommendations will be implemented.

“In a way, that was why … we were as honest and blunt as possible,” Castañeda said. “If you’re not going to implement it anyway, we might as well say exactly what we came up with.”

Whether or not the City Council and mayor pursue these recommendations, the task force said “preserving the status quo is not an option if the city is truly intent on pursuing racial equity and social justice.”

“Thus, whether or not the Mayor and Common Council pursues these specific recommendations, they must find meaningful, measurable ways to address the structural inequities in Madison’s government so that Madison can truly and actually be a robust participatory democracy for all of its residents,” according to the report.

Upchurch described the the task force's mission as re-imagining local government with access to the same systems it wants to improve.

"We’re asked to change the machine while using it," Upchurch said.

For Upchurch, improving how the city interacts with residents is critical. He wants the city to be better at knowing who to listen to more closely before conducting public engagement efforts.

"Our process for listening is really anecdotal, and it ends up being skewed and diluted by the opinions of the people who have the privilege and capacity to be engaged," Upchurch said.

Overall, the report includes over 40 recommendations related to the structure of city government, the mayor and City Council. These include strategies to improve resident engagement, such as investing in technological advancements to improve participation and creating the neighborhood support office.

Kemble and Furman said these recommendations could be implemented more quickly than overhauling how the City Council is organized.

The task force also highlights what it calls “glaring” characteristics of the city’s system of boards, commissions and committees (BCCs) — of which it has nearly 100. Through its study, the task force found that the numerous groups lack geographic and racial diversity.

Finally, the various boards, commissions and committees vary widely in terms of their impact on city decision-making.

“The city’s current BCC structure better represents some districts than others, unfairly favors people with the time, resources, and knowledge to influence government decisions, and facilitates a system where some BCCs act with considerably more power and resources than others,” the report found.

The task force recommends that the City Council create an organization chart of all boards, commissions and committees, the Office of Resident Engagement and Neighborhood Support and an administrative support team. Also, the task force would like to see the BCCs organized around lead committees.

“The task force necessarily believes this will require the council to eliminate or combine current BCCs that are redundant or no longer necessary and to implement new procedures, policies, and resources to make it easier for residents to provide input to them,” according to the report.

In terms of the mayor’s office, the task force recommends maintaining the current mayor and City Council format instead of switching to a city manager form of government, and does not suggest legally changing the powers of the mayor.

The task force also recommends the city analyze its current span of administrative control and stop creating positions or agencies that report directly to the mayor.

Correction: This article has been updated to reflect that cities in similar size to Madison generally have between 25 and 50 boards, commissions and committees.

Final report of the Task Force on Government Structure

“This is not a job that is accessible to most people in the community,” Ald. Keith Furman, District 19, said.

Former mayors Dave Cieslewicz, Joel Skornicka and Joe Sensenbrenner and current Mayor Paul Soglin weighed in on the size of the City Council, mayoral powers and how the city and school district should work together.

The task force’s recommendations will next be reviewed by city committees before the City Council acts on them.

Alds. Grant Foster, District 15, and Rebecca Kemble, District 18, introduced a resolution by title only, or so far without details, to create an ad hoc task force that would work on an implementation plan.

City Council meets for next step on government structure

Changing the term of alders from two years to four and reducing the number of districts from 20 to 10 — two recommendations from a task forcing studying Madison local government — would require approval of voters.

After much study and debate, Madison voters will soon advise if the city should have a smaller, full-time, higher-paid City Council, which could lead to the biggest changes in the city's governance structure in decades. 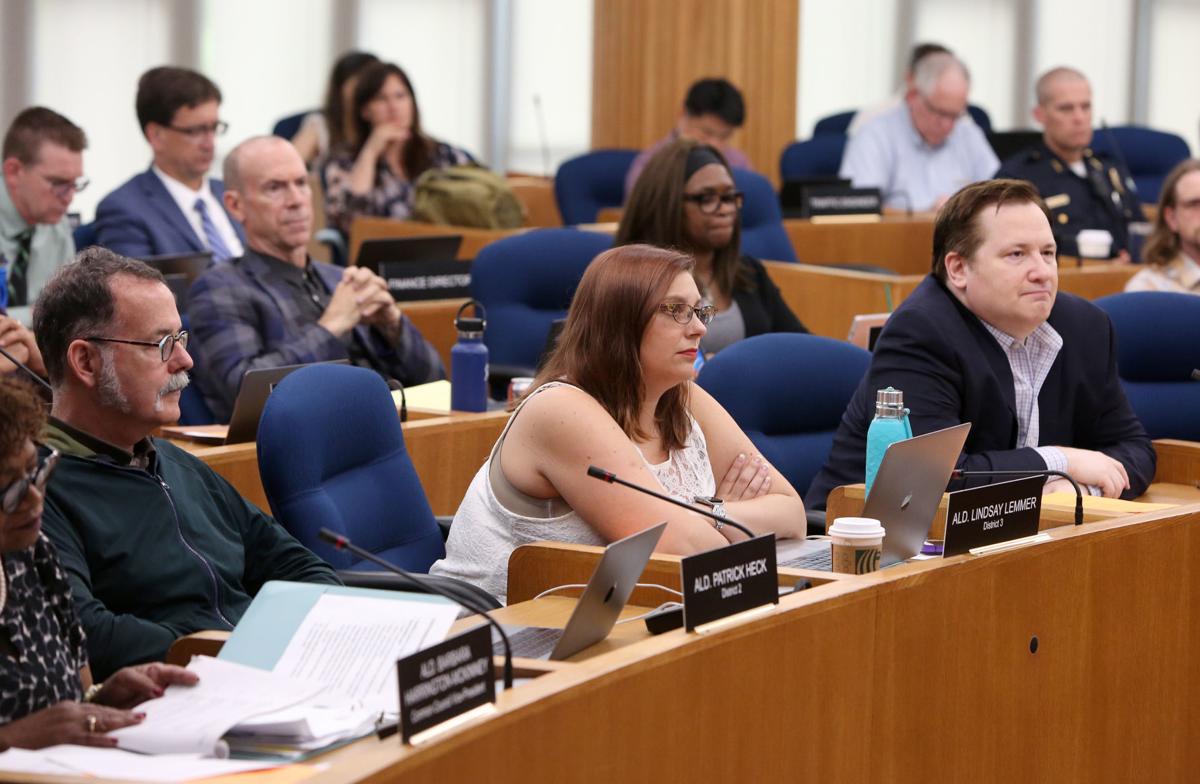 Madison's 20 alders are paid to work part-time, though many say the job requires 40 hours per week. 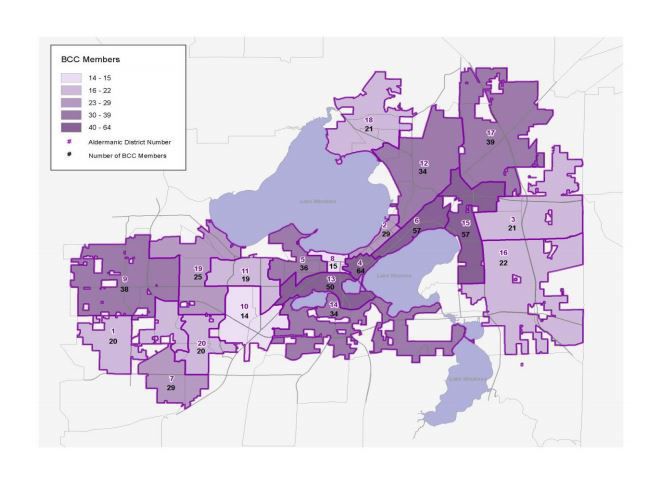 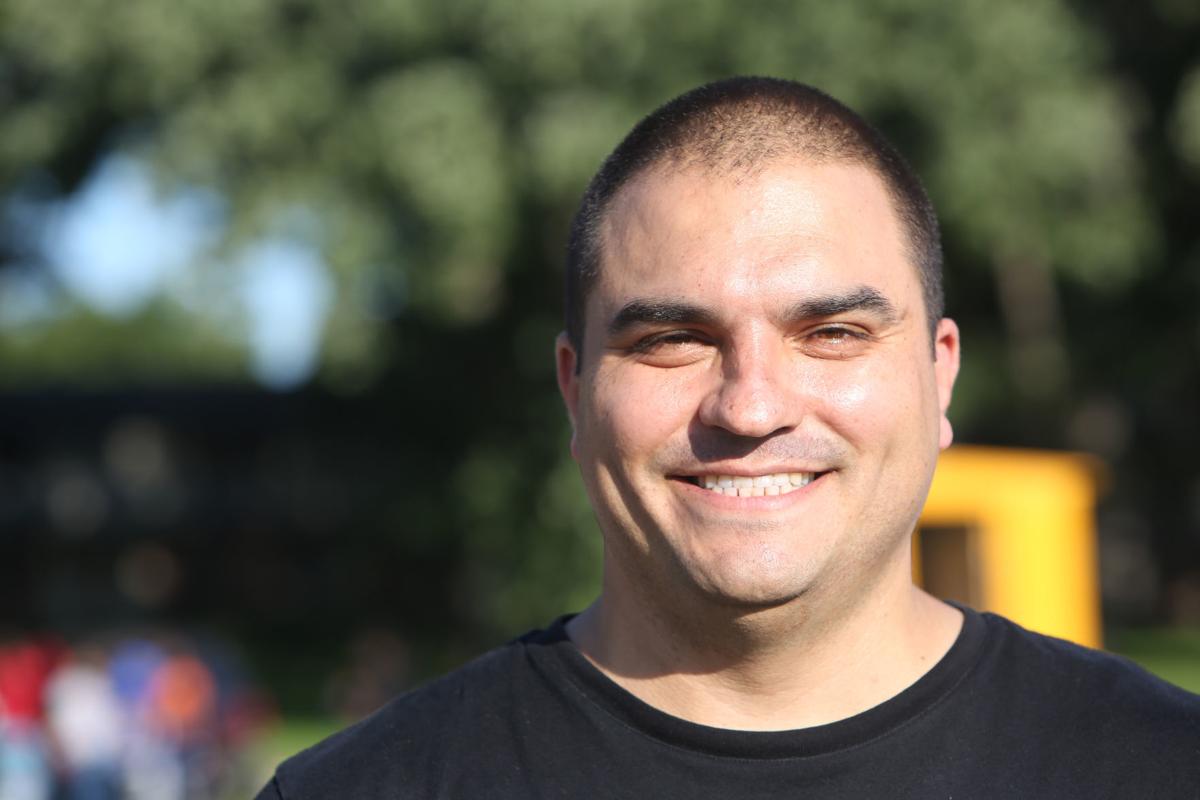 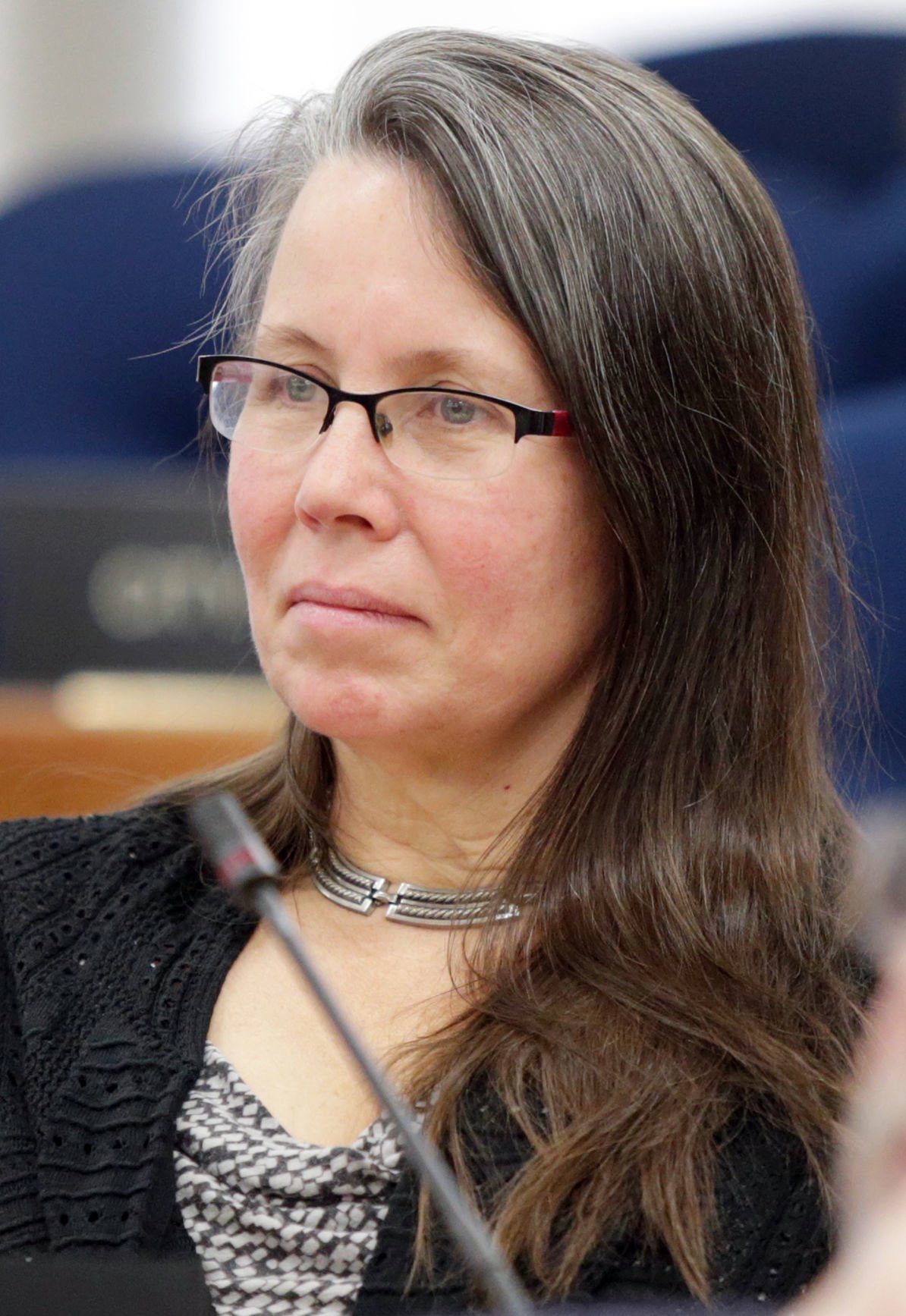 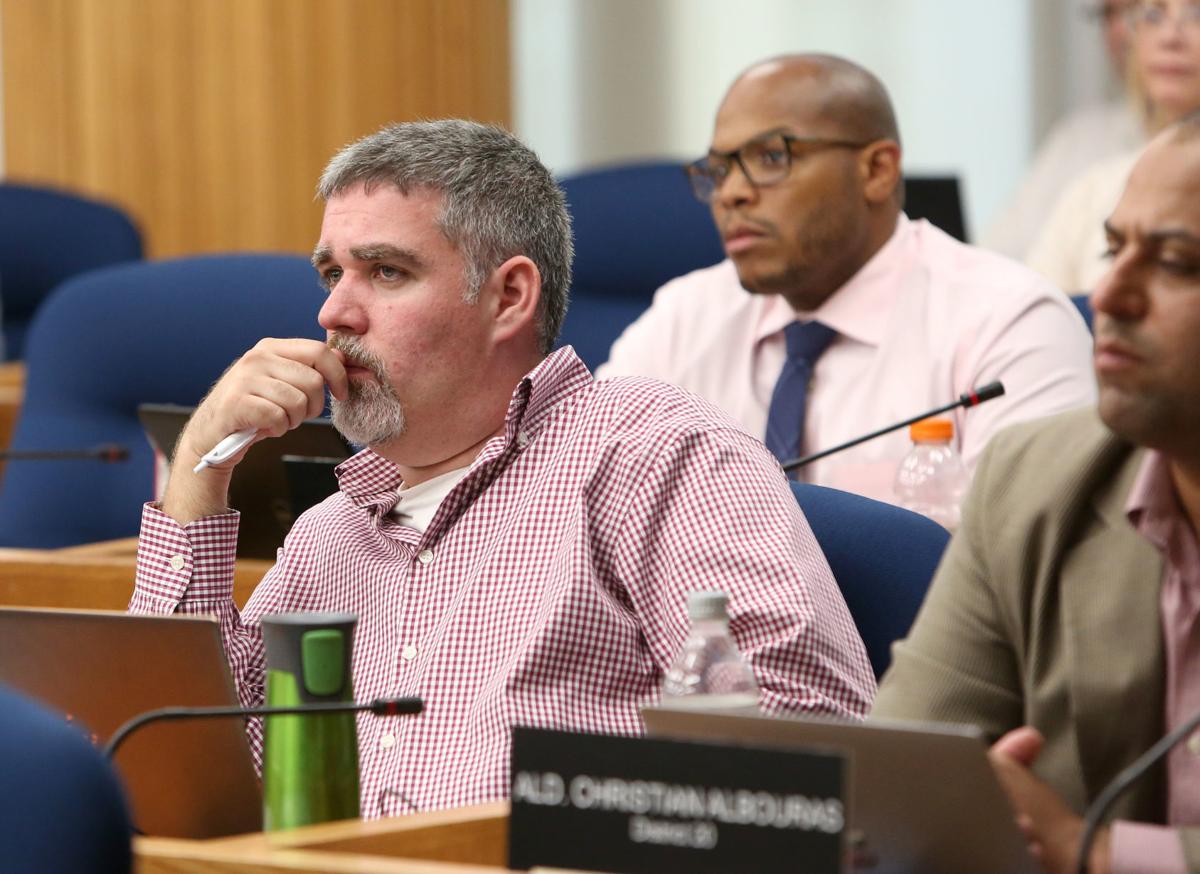 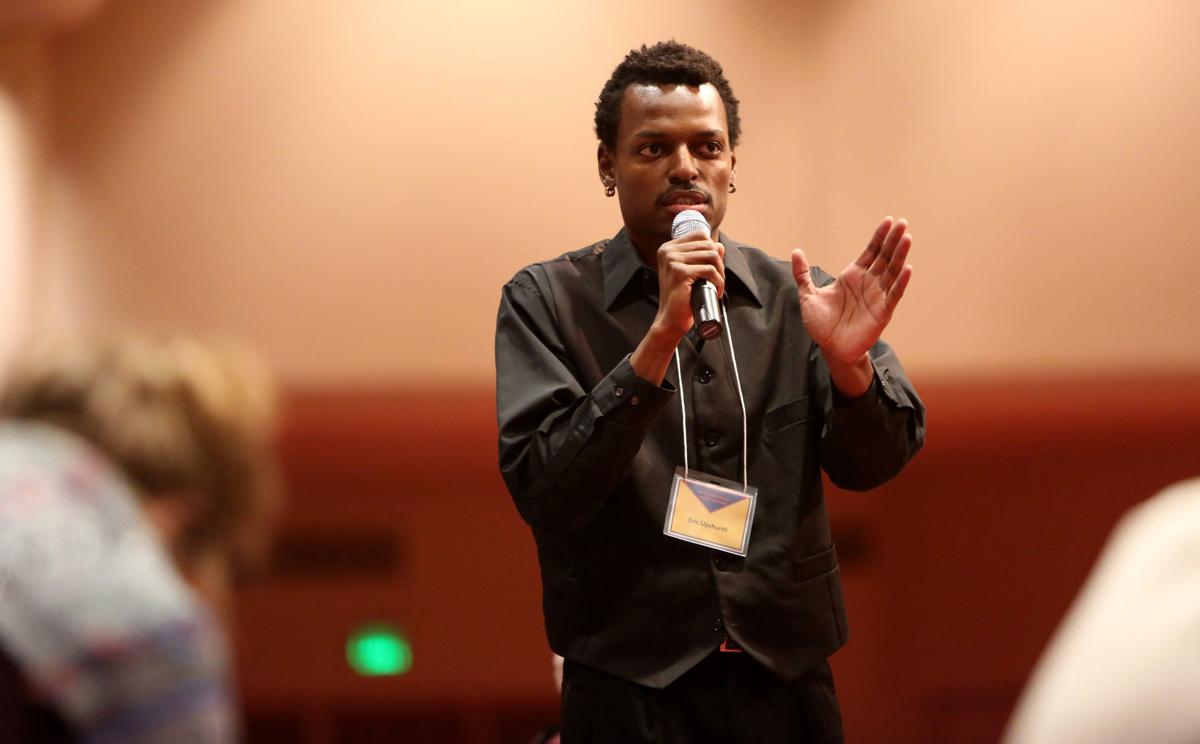