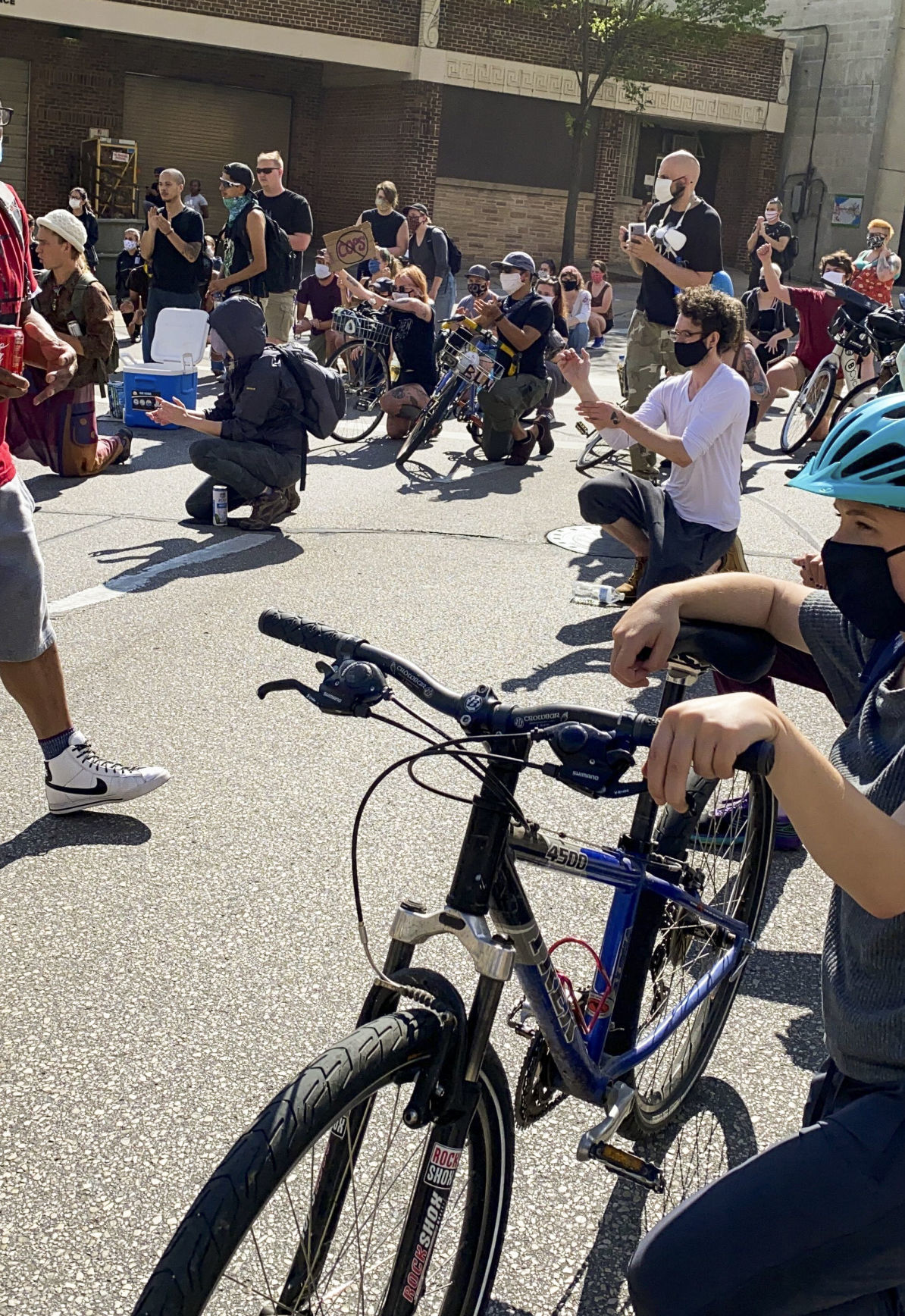 People gather to demand the release of Yeshua Musa, a Black man who was arrested by Madison police officers on Tuesday. 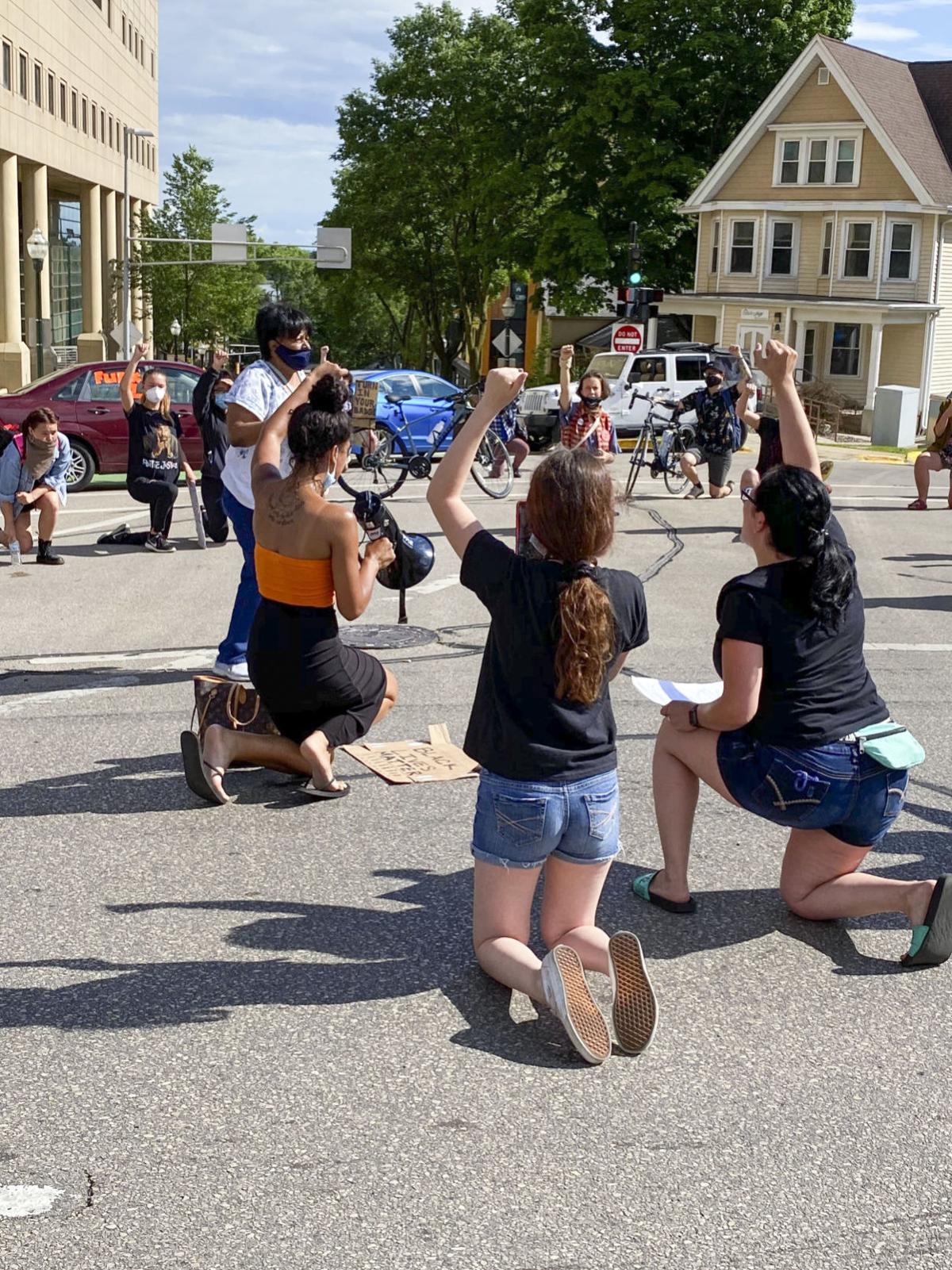 People gather to demand the release of Yeshua Musa on Tuesday. 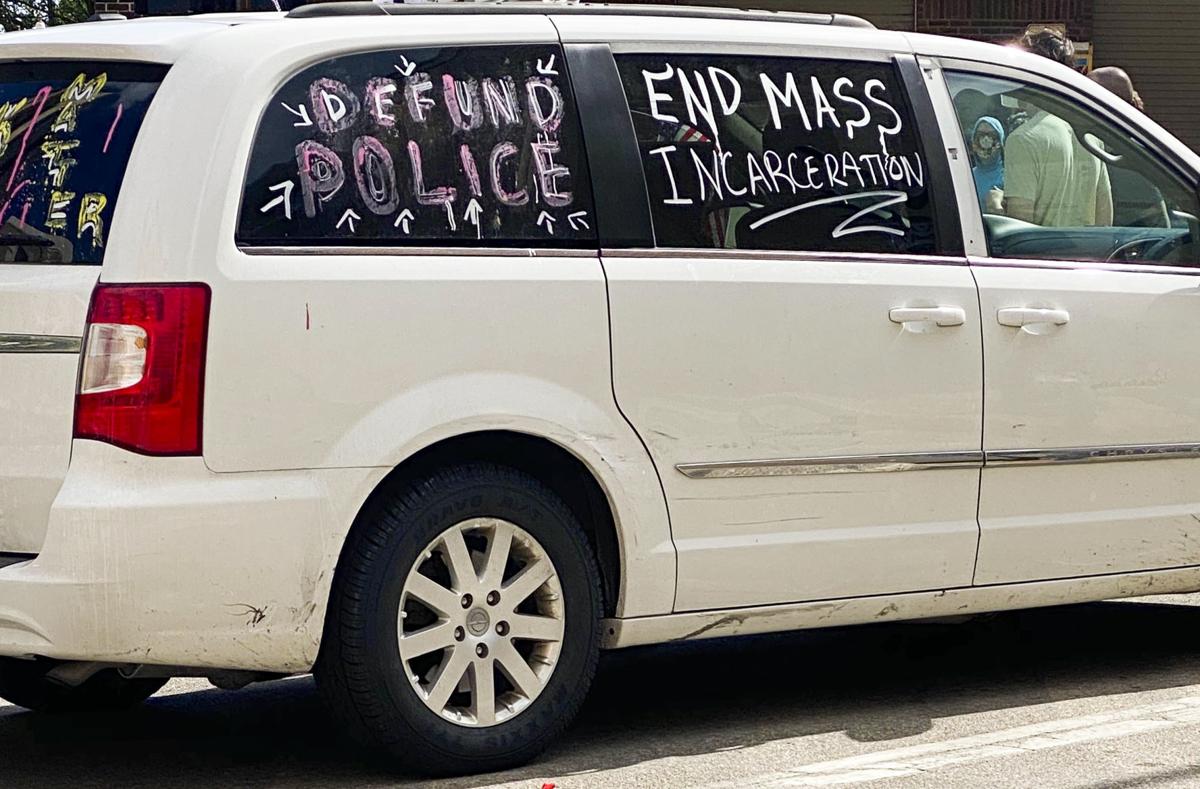 People gather to demand the release Yeshua Musa, a Black man who was forcefully arrested by Madison Police on Tuesday. 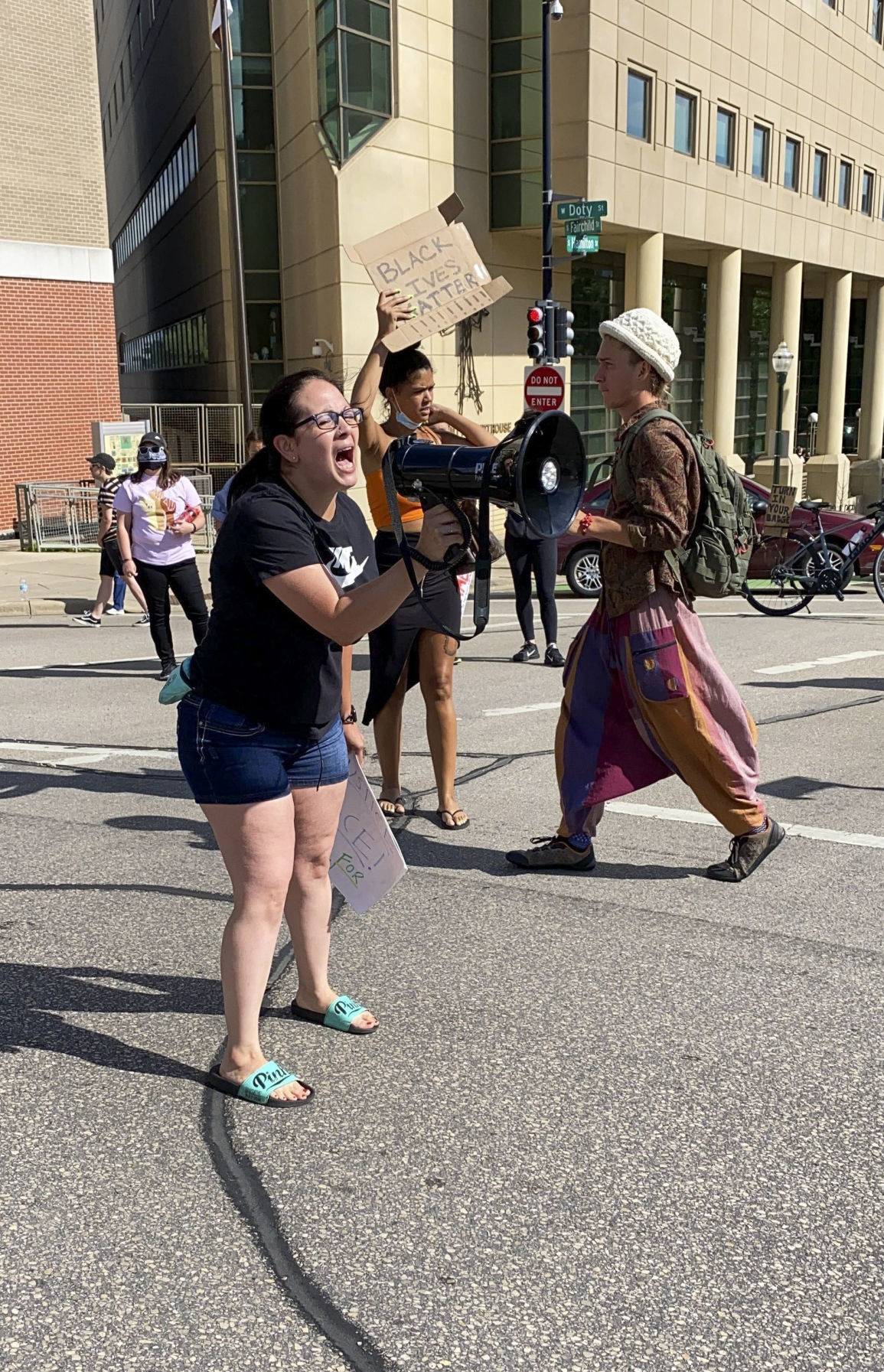 The arrest of Yeshua Musa sparked protests on Tuesday.

Hundreds of people gathered downtown in front of the Dane County Jail on Tuesday afternoon to protest the arrest and detention of 28-year-old Yeshua Musa, a Black man who has led several local protests against police brutality in the weeks since George Floyd was killed in Minneapolis police custody.

Musa, according to police reports, was around Coopers Tavern protesting and then went inside following what appeared to be a dispute with a white man about being racist. Musa was carrying a bat, speaking through a bullhorn and using profanities inside the restaurant. Police were called and arrested him outside the restaurant at 20 W. Mifflin St. around 12:30 p.m. Musa suffered abrasions on his arms and his leg, according to police reports.

Multiple videos showing Musa’s arrest, some from Facebook and some from the Madison Police Department, show him being wrestled to and held on the ground by several Madison Police officers. Musa attempted to fend off the officers physically and, at one point, tried to get away after being put in the back of a squad car. He could be heard yelling on the videos asking why he was being arrested.

Musa has asthma, according to people who know Musa personally including Alicia Ramirez, who was protesting on Tuesday afternoon. According to video of the arrest, he appeared to have trouble breathing as officers held him down while handcuffing and detaining him.

Officers took Musa to Meriter Hospital before taking him to jail, where he was booked (as Devonere Johnson) on charges of disorderly conduct while armed, which refers to the baseball bat he was carrying. He was also charged with resisting arrest and attempting to flee.

Over the past couple of days Musa has demonstrated against the hit and run on Saturday night where a young Black woman, Alize Carter, was hit by a driver outside of Wando’s Bar and Grill on University Avenue. She has been recovering with her family from injuries including road rash. Police have not arrested anyone in the incident but have told the Cap Times they have identified a person of interest.

Following Musa’s arrest, hundreds of people gathered in front of the jail chanting “Black Lives Matter” and “Fuck 12.” The police, particularly narcotics officers, are often referred to as 12.

Sire GQ, one of the people protesting police brutality and systemic racism on Tuesday afternoon, said that Musa’s arrest comes on the heels of death threats against Sire and others who have been leading the movement.

When asked by the Cap Times who has been making these threats, Sire said, “I’m pretty sure it’s white supremacists or the police.”

Multiple calls to police were not returned and when asked to respond to these claims from protesters, MPD spokesman Joel DeSpain emailed links of the incident report to the Cap Times.

"If people are getting death threats they should report them to MPD," DeSpain wrote in the email.

Sire said the threats of violence and strange vehicles that have followed him home have made this a tense time.

“They use slurs like ‘Nigger, we’re gonna get you,’” Sire said. “‘You better stop what you’re doing.’”

As protesters gathered by West Doty Street on Tuesday, a vehicle tried to hit several demonstrators as they blocked off the road, according to at least seven people the Cap Times spoke to. According to Sire, police made contact with the individual who was driving but did not appear concerned with what had just transpired.

The Cap Times observed several instances of police removing cones and other barricades where activists were protesting.

“We were just up there at the top of the hill and we were blocking off traffic and a white man in a pickup truck tried to run through the crowd,” Sire said of the afternoon’s events. “The police, instead of taking the man out of the car and putting him under arrest, they treated him as if he was the victim. They treated us as if we were the aggressors and he was the victim.

“The police were not working with us, they were trying to work with him.”

Musa, who according to multiple people the Cap Times interviewed at the rally, has been out each night helping lead the movement against police violence and speaking out about issues pertaining to Black lives.

He is the director of Young Black Suited, which is focused on helping Black men’s mental health as well as addressing homelessness and mass incarceration.

Ebony Sartin, who has been involved in the Black Lives Matter movement around Madison, was in tears when she spoke to the Cap Times about Musa’s arrest.

“I’m emotionally hurt because never in my life would I have thought that someone who trusted me with their life enough to come save them would be going through this,” she said. “Yeshua is my friend and I think he is being targeted and it’s not fair.”

Throughout the day, Sartin urged the protesters to remain peaceful and worked to keep people together and safe.

Musa appears in a recent photograph receiving a business card from Madison Acting Police Chief Vic Wahl. But Sartin said the cards are all anyone has received.

“That’s the main problem,” she said. “Nobody’s coming to talk to me about actual change and having a real conversation. I’ve got a bunch of business cards and no action.”

Brendan J Oneil is alleged to be the driver of a truck that plowed through a crowd around 2 a.m. on June 21 outside Wando’s Bar and Grill.

Q&A: Aaron Dutenhoefer and his macaw Luna love flying down the bike paths together

People gather to demand the release of Yeshua Musa, a Black man who was arrested by Madison police officers on Tuesday.

People gather to demand the release of Yeshua Musa on Tuesday.

People gather to demand the release Yeshua Musa, a Black man who was forcefully arrested by Madison Police on Tuesday.

The arrest of Yeshua Musa sparked protests on Tuesday.