Preliminary designs for the exterior of Dane County’s new downtown jail show a building with terracotta panels broken up by glass to allow for daylight to reach the interior.

The brick red color on the new eight-story tower will match the Public Safety Building, 115 W. Doty St., and stands out from the surrounding neutral-toned buildings like the Dane County Courthouse.

“One of our concerns was not matching the courthouse,” Doug Hursh, director of design at Potter Lawson, said to members of the Public Protection & Judiciary and Jail Consolidation Project Review committee members Tuesday. “We don’t want it to feel like it’s a connection or a megablock. We wanted to break up the block as far as the materials go.”

The terracotta material will be lightweight and require little maintenance in the long term. Though design renderings show a bright, crisp red, Hursh alleviated the concerns of some members that it would be too attention-grabbing.

Dane County’s $148 million jail project will shut down the sixth and seventh jail floors in the City-County building, 210 Martin Luther King, Jr. Blvd, vacate the Ferris Center on the south side and house all jail facilities downtown. The project includes renovating the Public Safety Building and building the tower next to it on West Wilson Street.

The proposed design incorporates glass to bring more daylight into the jail. It also breaks up the exterior terracotta to create more of a random pattern.

“The goal here is to provide an interior space that has daylight,” said Eric Lawson, president and CEO of Potter Lawson.

Committee members emphasized lighting as a top priority, both making sure there is enough and not too much. Visibility from the interior and exterior was also a concern.

Much of these questions will be answered in the next stage when designers evaluate the types of glass that will be used, Lawson said.

Designs included an opportunity for a mural near the exit that would “light up the streetscape,” Hursh said. The artwork could be done by a local artist or inmates at the jail.

“It would be a nice expressive element for pedestrians on the street,” Hursh said.

The renderings represent the end of the first of three phases of design and will be updated throughout the process. Sheriff Dave Mahoney was pleased with the preliminary designs.

“The excitement comes from the fact that it doesn’t look like an institution,” Mahoney said.

Lawson said they plan to submit an application for a planned development to the city in January 2020, which would put the project on the schedule for approval meetings next March. Residents will have an opportunity to view the designs at a Capitol Neighborhoods, Inc. meeting Dec. 10 and at an Urban Design Commission meeting the following day.

Lt. Jeff Heil of the Dane County Sheriff's Office, who is overseeing the jail project, said there will be 11 more months of design work on the interior spaces.

Linda Hoskins, a member of the Jail Consolidation Project Review committee, encouraged the committee to “not get sidetracked” from the end result of closing down the dangerous two jail floors in the City-County Building.

“Every day is like a clock ticking. They could have a fire up there and people could get killed,” Hoskins said. “We just keep a level head and think about what our mission is: Our mission is to have a healthy, safe jail.”

Jail construction investigation: Dane County has ‘no viable cause of action’ against contractors

The Public Protection & Judiciary Committee voted Tuesday to release the report investigating why the Public Safety Building’s design failed to meet the expectation that it could be expanded vertically.

The Public Works & Transportation and Public Protection & Judiciary Committees recommended the least expensive proposal to renovate the Dane County Jail out of a total of four options offered by consultants.

The joint task force will explore how to reduce jail inmate recidivism through continuity of health care services and the effects of the national mental and behavioral health crises that county jails are forced to address.

Medical staff at the jail are coordinating testing for COVID-19, the disease caused by the novel coronavirus pandemic.

Joe McCarthy’s first victim: How the senator brought down a La Follette 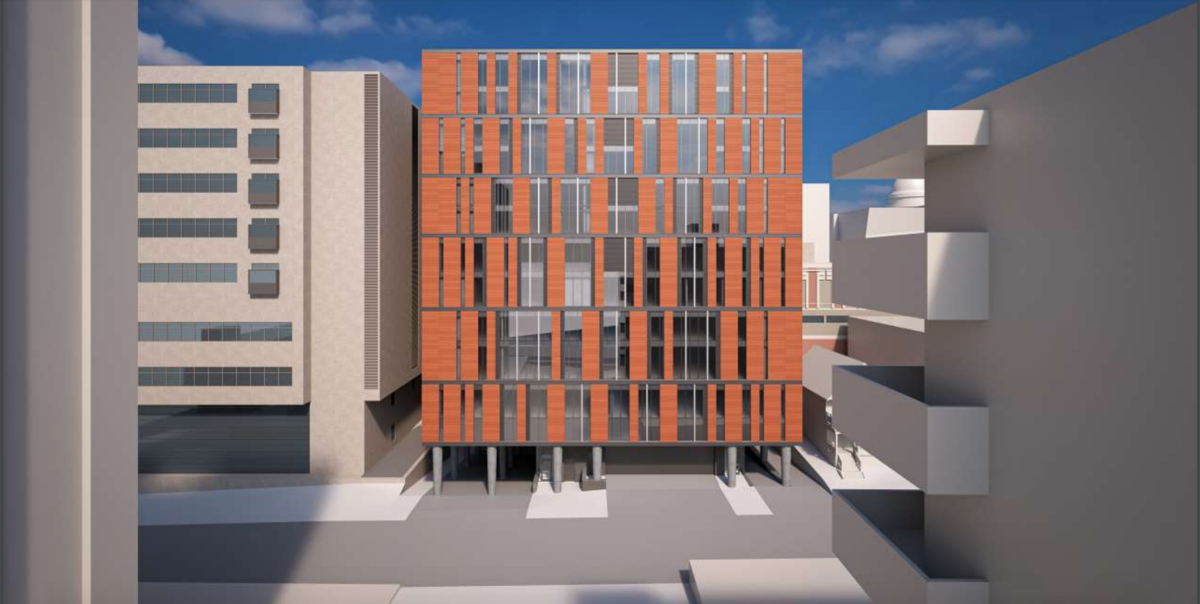 Dane County's jail consolidation project includes renovating the Public Safety Building and building an eight-story tower, shown in this design rendering, next to it on West Wilson Street. 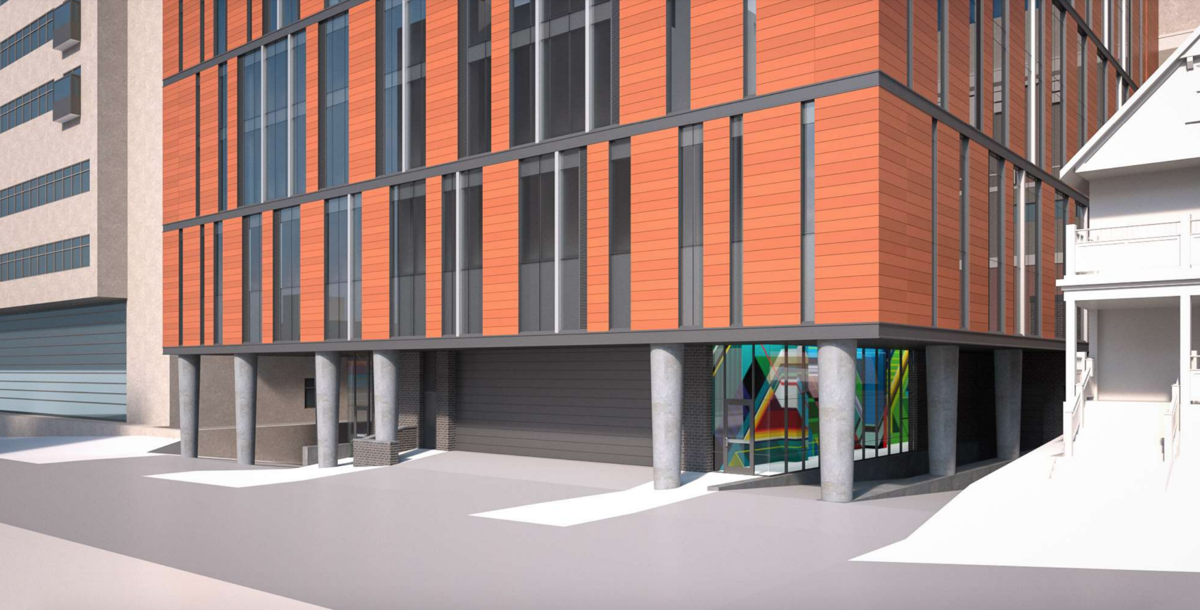 A mural could light up the streetscape. 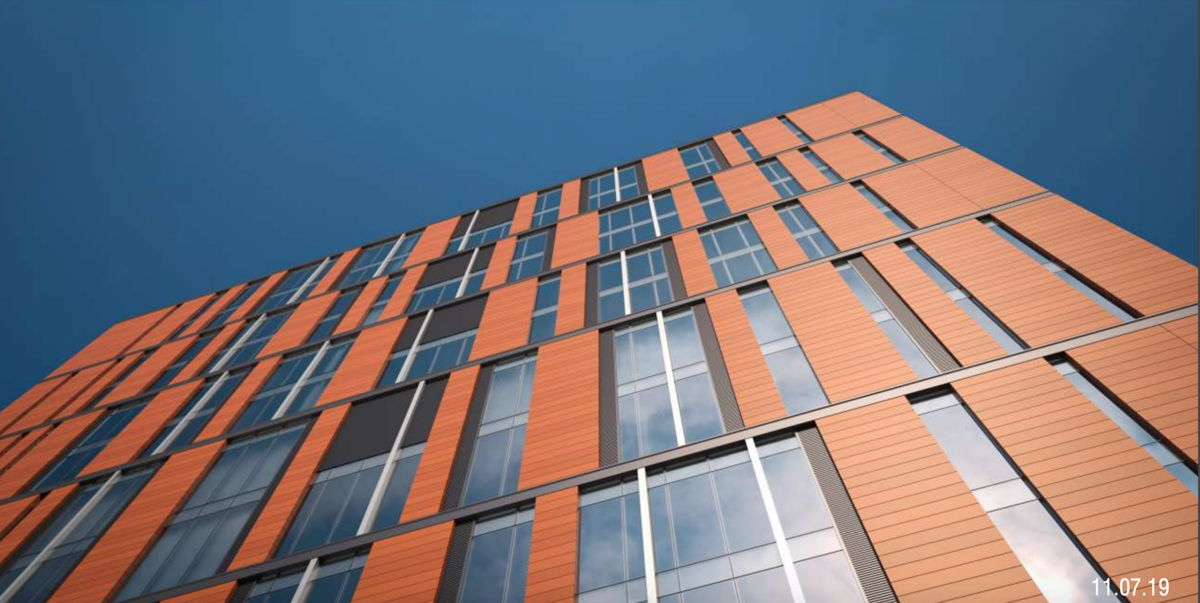 The facade will incorporate glass to bring more daylight into the interior of the jail.