The Wisconsin Legislature is seeing the highest level of Black representation in its ranks in state history with the start of session underway, a new report shows.

The 10 Black lawmakers currently seated in the state Assembly and Senate account for the largest number of Black legislators ever to serve together across both chambers, the nonpartisan Legislative Reference Bureau found.

The report comes in the weeks after the swearing-in of the new class of lawmakers, which includes a number of individuals who made history in the latest round of elections. Among them are Madison Rep. Samba Baldeh, an immigrant from Gambia and the first Black male lawmaker to represent Dane County; and Franklin Sen. Julian Bradley, the first Black Republican elected to the Senate and just the second Black Republican in the Legislature's history.

They've joined a branch of government that has recently seen other firsts: the election last fall of Madison chef and restaurant owner Francesca Hong, now the first Asian American representative in Wisconsin; and the 2019 inauguration of Madison Rep. Shelia Stubbs, the first African-American to represent Dane County in the state Legislature.

Despite recent gains in representation, only 32 of the state's more than estimated 5,650 lawmakers who have served in the Legislature since 1848 have been Black, the LRB memo notes. The 10 serving now make up around 7.5% of the Legislature's 132 seats.

Baldeh, a Madison City Council member, said in an interview Tuesday it was "good to see that at least we are making progress."

Still, he noted it was surprising in a progressive area like Madison to consider that Dane County's second Black lawmaker wasn't elected until 2020 (Stubbs was the first).

"For somebody like myself, who's a Black man, an immigrant, a Muslim, and all this kind of stuff, to be given the opportunity to represent the community, that speaks to how America is ready to move forward," he said.

In addition to Baldeh and Stubbs, five other Black lawmakers are serving in the Assembly, all Democrats: David Bowen, Dora Drake, Kalan Haywood, Supreme Moore Omokunde and LaKeshia Myers. In the Senate are Bradley and Democrats LaTonya Johnson and Lena Taylor.

While the 2003 session also saw a total of 10 Black legislators serving in either the Assembly or Senate, that total is cumulative and those members didn't all hold their positions at the same time, an LRB official noted in an email.

When broken down by chambers, the LRB memo found the seven  representatives and three senators currently seated have also set records for the largest number of Black lawmakers to ever serve concurrently in their respective houses.

'Literally few and far between'

The state's first Black legislator, Republican Lucian H. Palmer of Milwaukee, was inaugurated in January 1907, according to the LRB memo, and over a century later, he remains the only Black Republican to have ever served in the Assembly.

He was among the pioneering Black legislators the LRB report noted "were literally few and far between" in the state's history, as they "overcame significant obstacles and racial prejudice to win elections, pursue far-ranging policy objectives, pave the way for other Black Wisconsinites to serve" and more.

Following his term, it would be another 36 years until the second Black official was elected to the Legislature. That happened in November 1944 when Democrat Le Roy Simmons toppled an incumbent to join the Assembly, a position he held for four terms.

It wasn't until 1955 when more than one Black lawmaker served in the Legislature at the same time, the memo noted. That was also the year that the Wisconsin Legislative Black Caucus began, according to a brief history of the caucus shared by Myers' office last summer. But the caucus soon dissolved when the Legislature returned to having only one Black member; it was revitalized in 1973.

Since then, there have always been more than one Black member of the state Legislature and Myers' office noted the caucus has been involved in crime and justice issues, advocating for inner city health, backing education changes, bringing attention to postal worker conditions and fair housing and more.

In the intervening years, the state saw the election of the first African-American woman to serve in the Legislature with Rep. Marcia Coggs in 1977, followed shortly after by the second African-American woman, Annette Polly Williams, who held her seat for 30 years — longer than any other woman in state history, per LRB.

In the Senate, Monroe Swan became Wisconsin's first Black member in January 1973. Swan was succeeded in 1981 by Gary George, who went on to serve in the body for 24 years, LRB noted, longer than any other Black senator in state history. Gwen Moore, now a congresswoman, became the first Black woman to be seated in the chamber in 1993 and she served as chair of the Legislative Black Caucus in 1999.

Now, the caucus is headed by Stubbs, who was elected chair in December, becoming the body's first leader from Dane County.

Touting the value of representation in the Legislature, the second-term Madison Democrat wrote in an email she hoped to further "real, meaningful legislation" through her position that would "uplift communities of color" in areas of education, health care, economic development, housing, social justice, transportation and more.

Among her priorities are passing three pieces of legislation that were introduced last session but failed to gain traction in the Legislature: measures that would create an Office of Equity and Inclusion; remove a licensing requirement to practice natural hair braiding; and end discrimination based on hairstyles (called the "Creating a Respectful and Open Workplace for Natural hair" Act by supporters).

"Without representation, our state has continued to be complicit in allowing systemic racism plague our communities," she said. "This is a new age to reform these broken systems, and bring prosperity to Black communities. I hope that this is only just the beginning."

Stubbs said she hopes to make the caucus "a known entity in our state government" and use the group's new numbers to reach out to state agencies and leadership to move toward "a more equitable Wisconsin."

Into the fire: Chef, restaurant owner, activist Francesca Hong brings a service mindset to the Capitol

A pillar of Madison’s culinary industry, Hong’s rise to the statehouse came during the COVID-19 crisis that continues to threaten her family, restaurant and profession

The Wisconsin Legislature just got a little more diverse 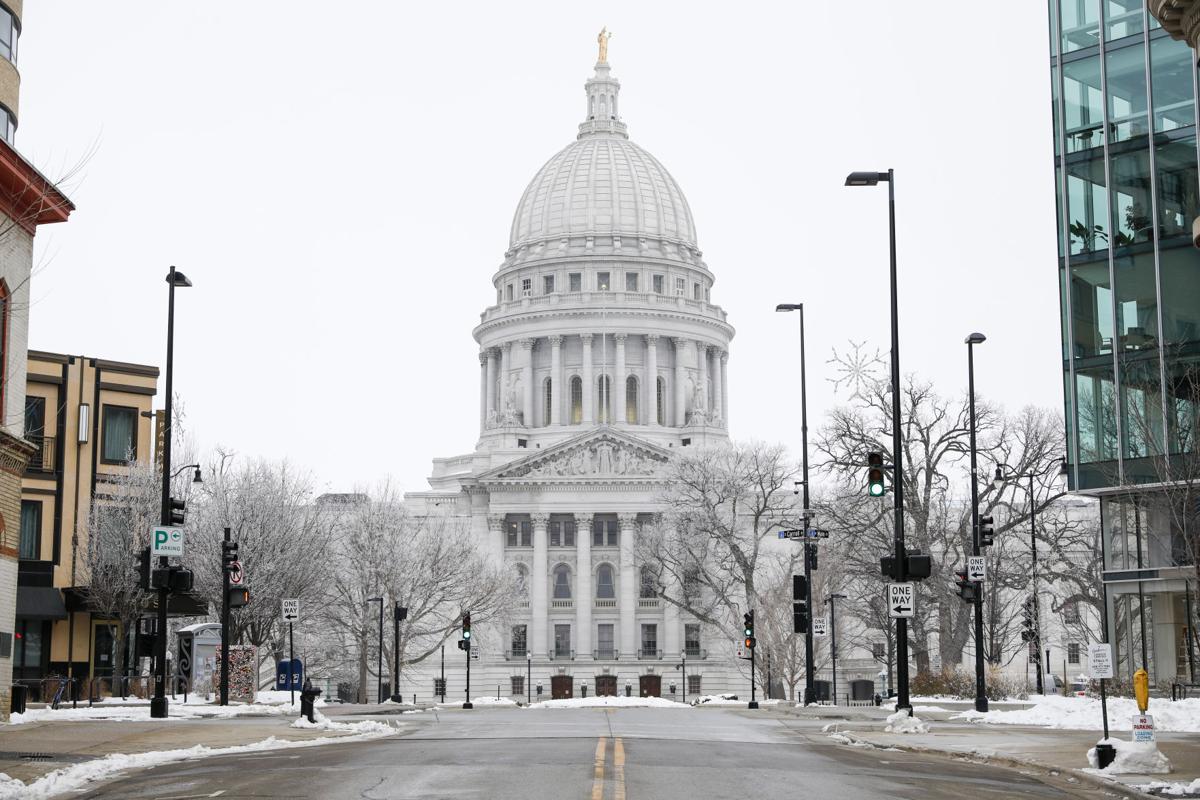 Trees surrounding the Wisconsin Capitol building, which houses the state Legislature, are covered in rime ice in Madison on Thursday, Jan. 7, 2021. 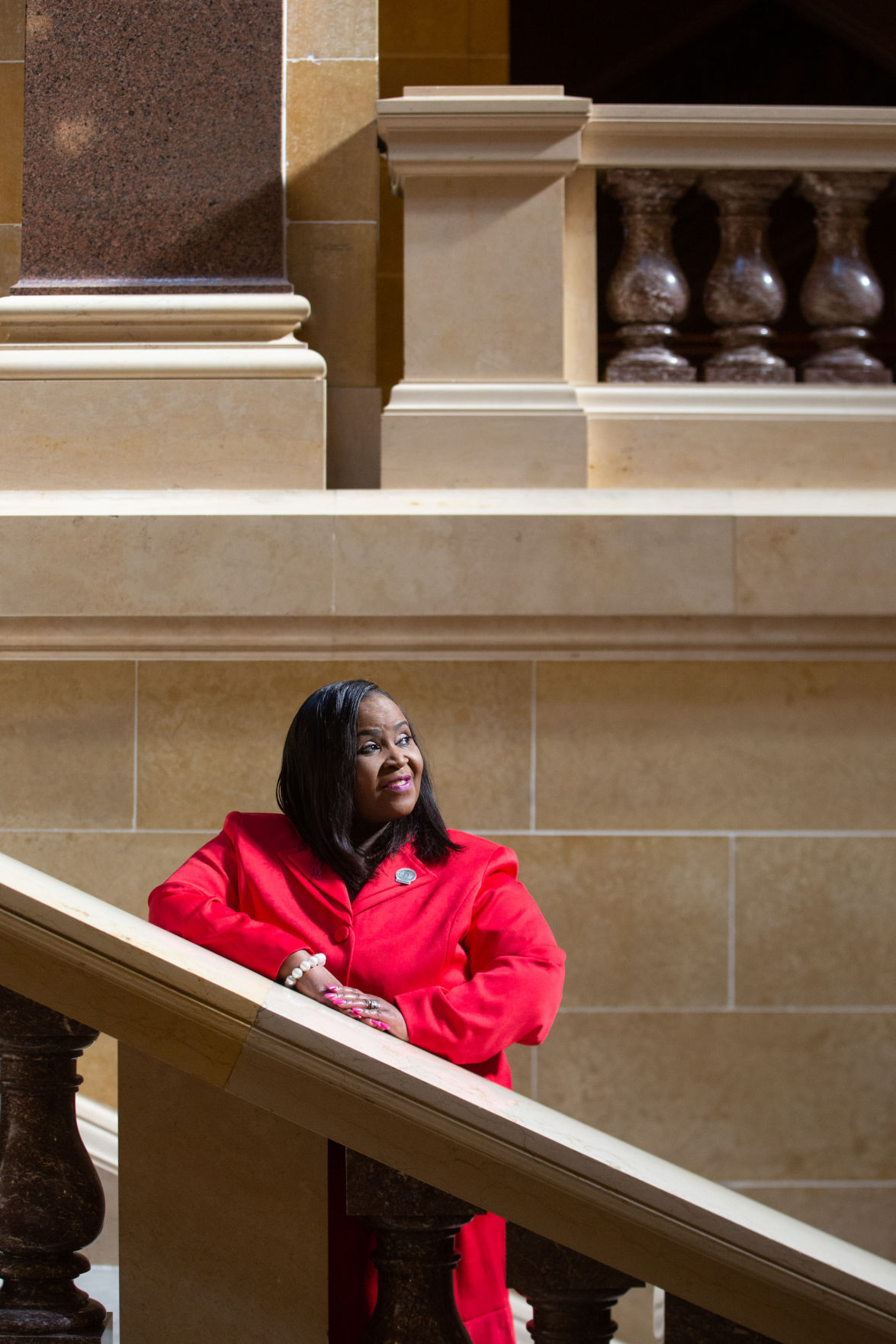 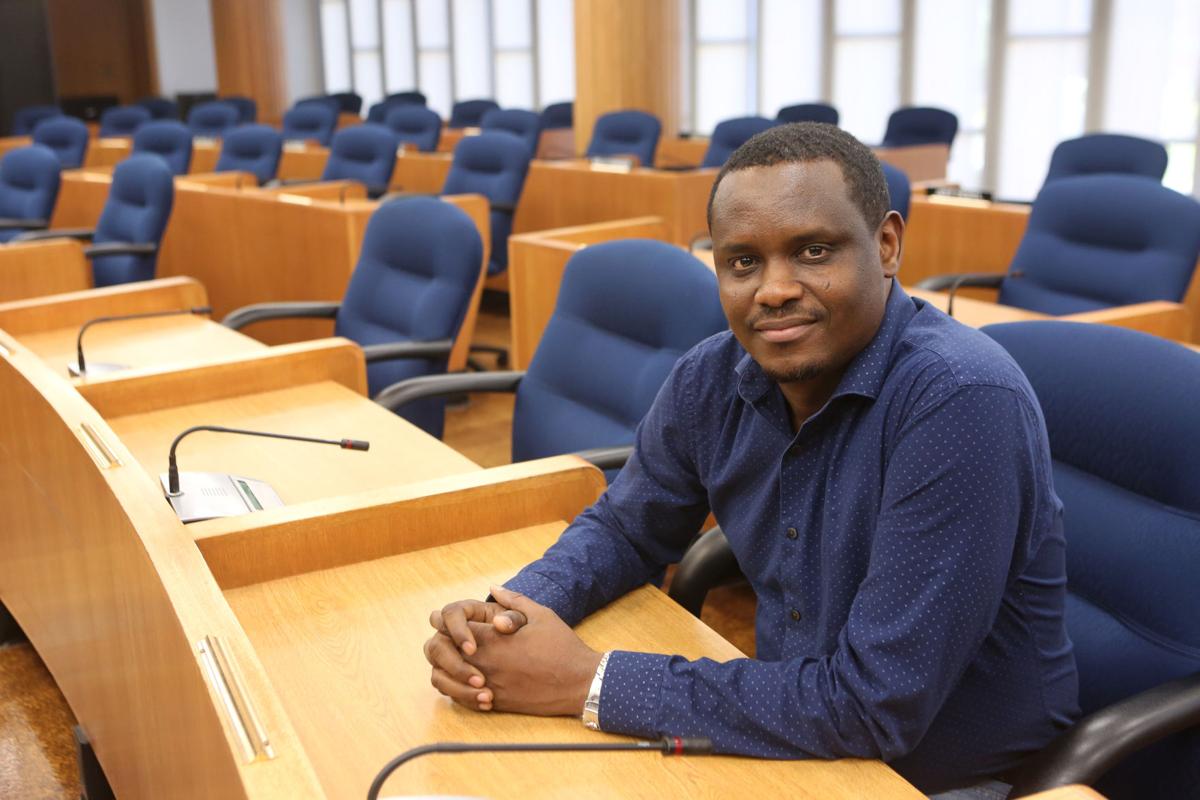