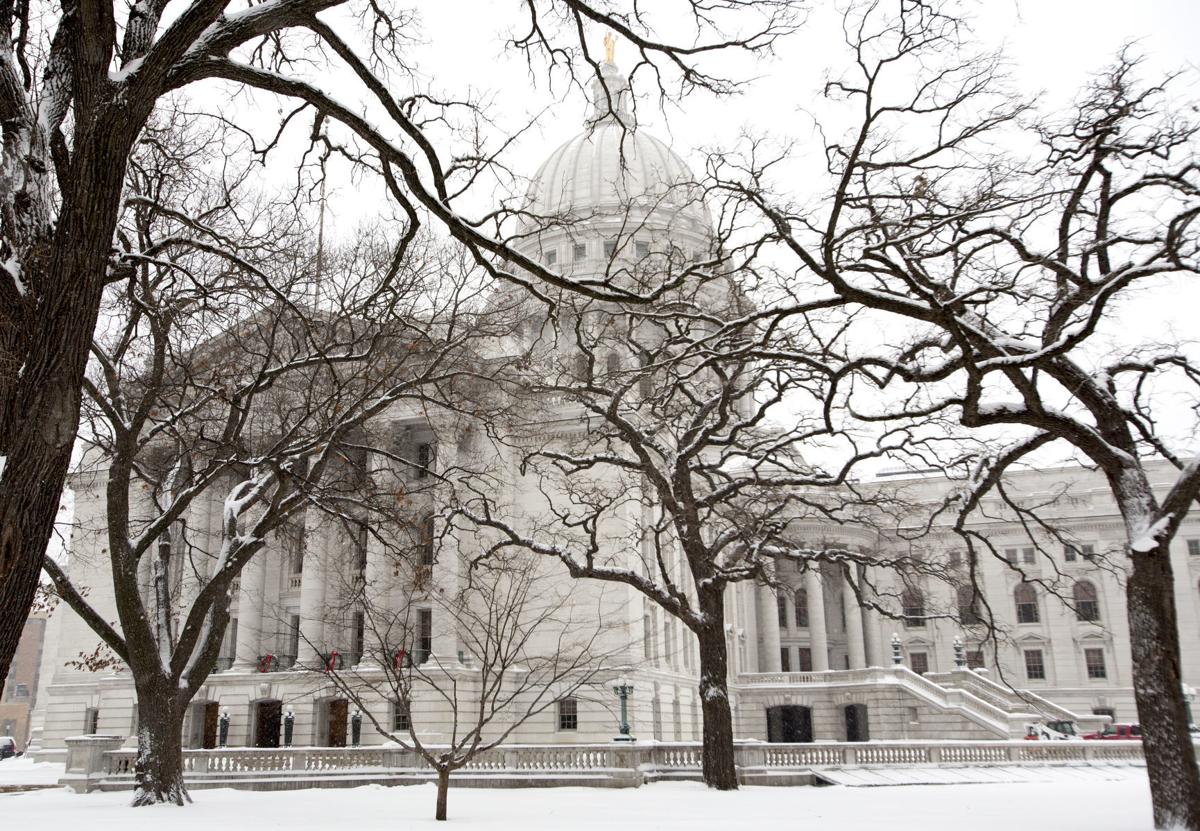 A quiet Capitol ground in December 2016. 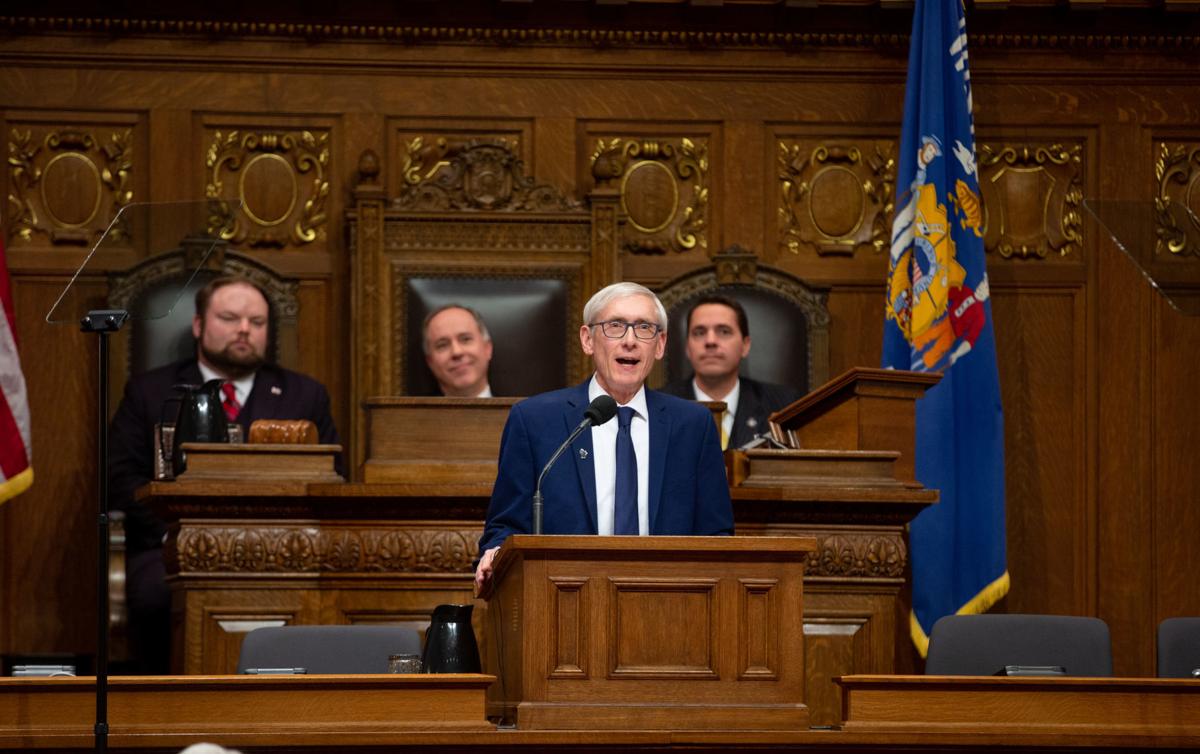 A quiet Capitol ground in December 2016.

Nearly a year into divided government in Wisconsin, many lobbyists and Capitol observers say they’ve adjusted to the new reality: things are moving slower and less is getting done.

After a decade of one-party control of the state Legislature and governor’s office, a new Democratic face in the East Wing — coupled with Republicans holding onto their legislative majorities — has brought a change of pace to the state and its legislative process.

Split government isn’t unusual in Wisconsin. Before the 2009-10 session when former Gov. Jim Doyle had Democratic majorities in both houses, the state was mostly governed under divided control since at least the late 1980s. Still, lobbyists largely agree the current state of affairs differs from recent history.

“This is divided government as we have never seen,” said Brandon Scholz, Wisconsin Grocers Association president and CEO. “Each side is kind of figuring out what steps they can take in this type of environment.”

As Republicans and Democrats here work to navigate the situation, lobbyists are also learning what they can expect to accomplish under the new order, which some described as a balancing act between the Republican Assembly speaker, GOP Senate majority leader and Democratic governor.

Still, the era of divided government has also offered new opportunities to some, particularly environmental groups. A lobbyist for Clean Wisconsin this week said split control has inspired hope that the group can “stop constantly fighting things” and instead “play more of a supporting role in facilitating some of these really good environmental discussions.”

“I think Clean Wisconsin is definitely switching gears, not necessarily to be playing offense, but not constantly being on defense,” said Carly Michiels, the group's government relations director.

But the state’s 11 months of split government haven’t always inspired optimism. In that time, Gov. Tony Evers has signed just 21 bills into law — most recently last week — and significantly less than past governors. He’s also vetoed a number of bills in their entirety, including four abortion ones and a middle-income tax cut plan.

The period has been marked by squabbling over Evers’ decision to rescind more than 80 appointments made under the December 2018 lame-duck laws, the nearly on-time signing of the state’s $81 billion biennial budget, Senate Republicans’ decision to oust former Ag Secretary Brad Pfaff, the swift gaveling in and out of a planned special session on gun control legislation, and Assembly Republicans’ failed attempts to override three of Evers’ budget vetoes.

Tensions continued rising after Evers recently addressed employees at the Department of Agriculture, Trade and Consumer Protection in the wake of Pfaff’s firing — a move he called “amoral and stupid,” according to the agency’s veteran attorney, who documented the comments in a tweet.

The attorney also noted Evers had told employees not to “let the bastards keep us from doing our good work,” comments Republicans quickly seized on after the Milwaukee Journal Sentinel first reported on the governor's remarks.

Despite the flare-ups, lobbyists are looking ahead to the approaching end of the session in early 2020 and trying to game out where the legislation they're pushing will end up — while factoring in the slow pace of government.

With the last floor session of the year in the state Assembly last week, lawmakers are expected to be back in their chambers in January, February and perhaps March to wrap up their work before they take off to campaign.

That leaves a narrow window for legislation to get to the governor's desk. And with everything moving slower, that makes for a less productive session for some compared to those under former GOP Gov. Scott Walker, who presided over complete Republican control of the Legislature.

“Some folks who are used to pushing conservative ideas, you know, they wake up on a Monday, they talk to a legislator on a Tuesday, the bill gets introduced on a Friday, it's circulated for co-sponsor requests. A week later they have a hearing, and it's on the floor before the end of the month," said John Schulze, director of legal & government relations for Associated Builders and Contractors of Wisconsin. "It's just not gonna happen, you know. People are just getting used to that.”

There's no magic bullet for ensuring a bill will pass.

But with two parties controlling state government, Platform Communications President & Chief Operating Officer Brian Reisinger said to be successful, lawmakers and lobbyists need to "find that narrow lane to run through" in order to get things done.

Still, he warned the end-products would likely be "relatively under the radar."

Meanwhile, lobbyists stressed the need to make the right pitch to both the GOP-controlled Legislature and Evers' office to justify their bills.

“It's got to be something that Republicans like that has critical mass that did not pass in the last eight years, but something that Gov. Evers is not going to veto," ABC's Schulze said.

Some also noted the legislative task forces — this session on water quality, adoption and suicide prevention — have served as a good bipartisan vehicle for bills.

But Michiels of Clean Wisconsin said she feels officials are "stalling" on some issues as they wait "for the right time" to make the case for something.

"Are we just holding back on introducing things and pushing for things because we want to wait until it's a less polarized time?" she asked.

Going forward, lobbyists and Capitol observers say they don't expect the bill process will play out any differently.

Matt Kussow, who represents Badger Advocates and other groups, said he anticipates the state would solve any problems that pop up but officials wouldn’t come “together on anything that has any type of political wedge.”

While he said he's optimistic that if something needs to get done, "there's a way to make that happen," he said he's also bracing himself for the passage of some "basic needs" legislation and not much else.

“I think they come together when it’s absolutely necessary and that’s about it,” he said, pointing to Wisconsin's passage of the state budget over the summer.

But beyond that, he said, “it’s apparent the political wills are much too divided to compromise on anything.”

Lawmakers voted to approve the measures in the Assembly's final floor session of the year on Tuesday.

‘These guys are my brothers': Madison's C.C. Riders have bonded for 50 years over motorcycles and friendship