More than 75,000 voters cast their ballots at polling locations across Wisconsin during the first day of in-person absentee voting Tuesday.

Combined with mail-in voting numbers, that means more than 1 million Wisconsinites, more than one-third of the total fall 2016 turnout, have voted so far in the presidential election.

Leading the way for in-person absentee voting at the local level were Milwaukee and Madison, with nearly 6,000 ballots logged between the two heavily Democratic cities where lines were recorded at early voting sites.

Milwaukee’s 4,025 in-person absentee ballots was more than double the 1,821 that Madison voters cast, according to data from the Wisconsin Elections Commission from Tuesday night.

[Wisconsin early voting starts Tuesday, here’s how to do it in Madison]

Still, not all of the 1,850 municipalities in Wisconsin were able to report figures, and as of the time the report was published, only some 750 had done so.

Madison City Clerk Maribeth Witzel-Behl said the process Tuesday hit some roadblocks as the statewide system used to check voter information kept timing out, "making the lines much longer than they needed to be." But she noted that it appears to be working better now.

She expected Tuesday's numbers in Madison would have been higher without the technological setbacks and the need to close the outdoor operation at Sequoya Library earlier than expected when it began to rain "and our laptops are not weatherproof."

"I'm hoping more people will be able to vote absentee in person today than were able to do so yesterday," she added. "We are at the mercy of the weather, so I hope voters are able to head to our absentee voting sites while the sun is shining."

In all for the 2016 November election, 172,828 absentee ballots were cast by mail, while 674,424 were done through in-person absentee voting. More than 2.9 million voters participated in the 2016 presidential election.

Before the pandemic struck, only around 6% of voters cast ballots by mail. But officials expect that number to jump to between 60% and 80% this time around, creating complications for poll workers on Election Day because those ballots take more time to process and can’t be scanned until polls open at 7 a.m. on Nov. 3.

Some municipalities, like Madison, have looked to make it easier for voters to return their absentee ballots rather than mailing them back to the clerk's office. Late last week, city officials here installed 14 ballot drop boxes for residents to use. So far, Witzel-Behl said, 2,285 ballots have been collected from the boxes.

As for in-person absentee voting, the period to do so was cut down to two weeks across all localities in Wisconsin earlier this summer, when a unanimous federal appeals court upheld Republican-backed election laws limiting the activity. Prior to that, the state’s largest municipalities had traditionally offered extended periods of in-person absentee voting.

The lengthier time period was in place in the months before the fall 2016 general election, when a federal judge first struck down a swath of limits on early voting, including the two-week window.

A third of registered Madison voters have already cast their ballots

Data provided by the Wisconsin Elections Commission shows that 186,490 Madison residents were registered to vote as of Oct. 1, 99,245 of them requested absentee ballots and 63,446 of those ballots have already been returned.

Voting absentee in the Nov. 3 election? Here’s what you need to know

Madison voters can expect to see their ballots arrive via mail in around one week. 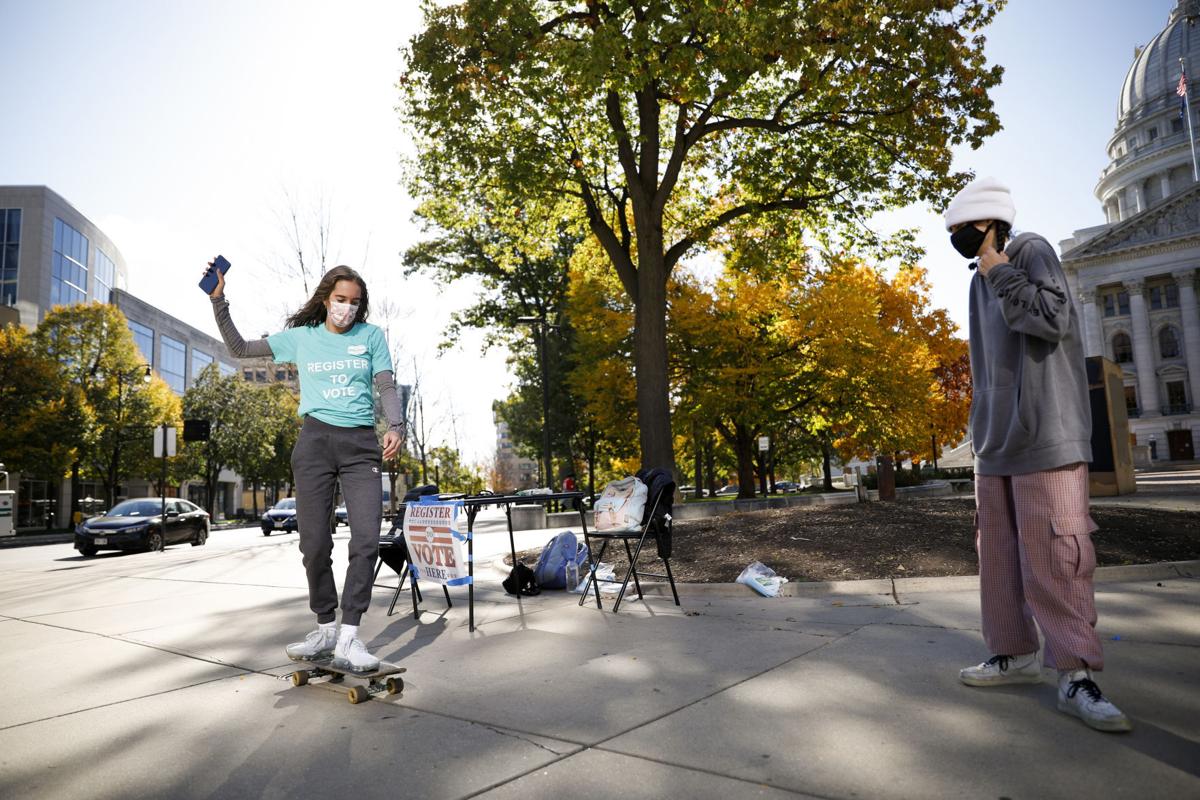 Employees of Wisconsin Voices, Bree Bregman and Lina Katina register voters outside of the Wisconsin State Capitol Building in Madison, on Tuesday, October 13, 2020. 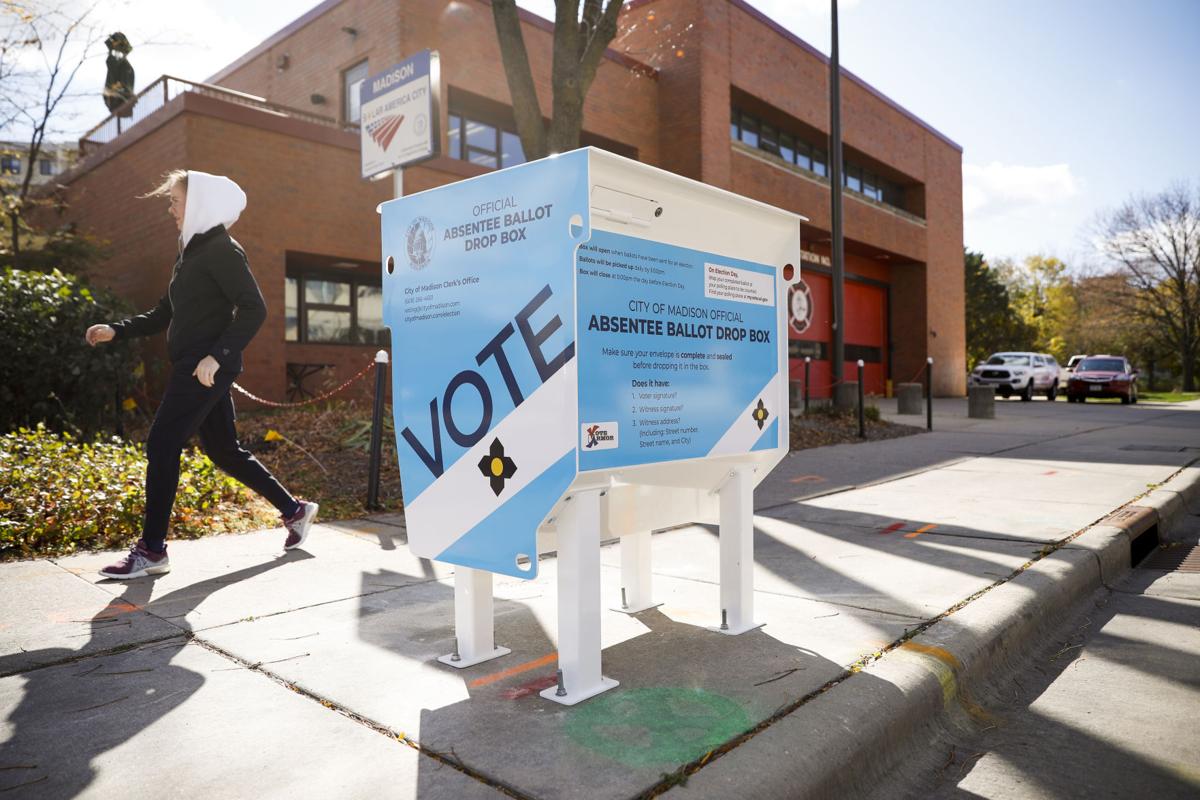 One of the city's new 14 secure ballot boxes is located outside of Madison Fire Department Station #4 on Monroe Street.