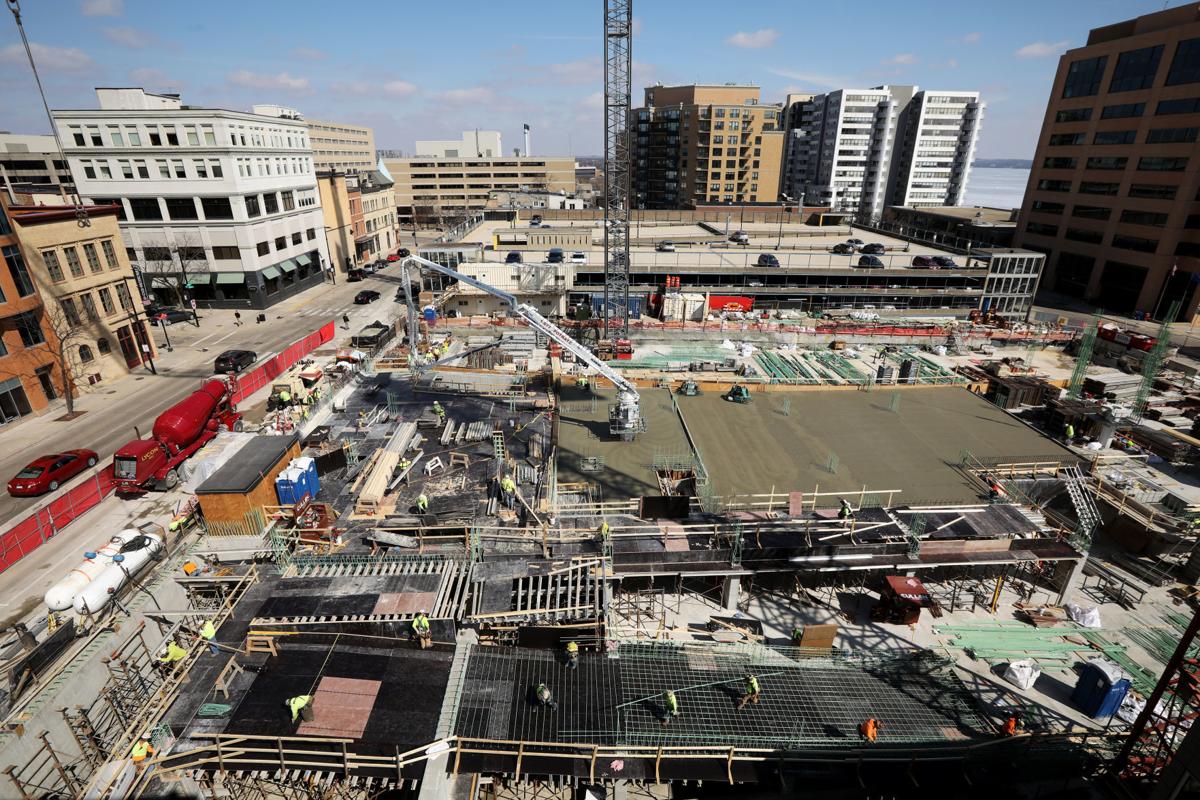 The underground parking garage for Judge Doyle Square, foreground, nears completion as the city and a private developer make progress but argue over the prospects for a hotel and housing to replace the aging Government East parking garage, background. 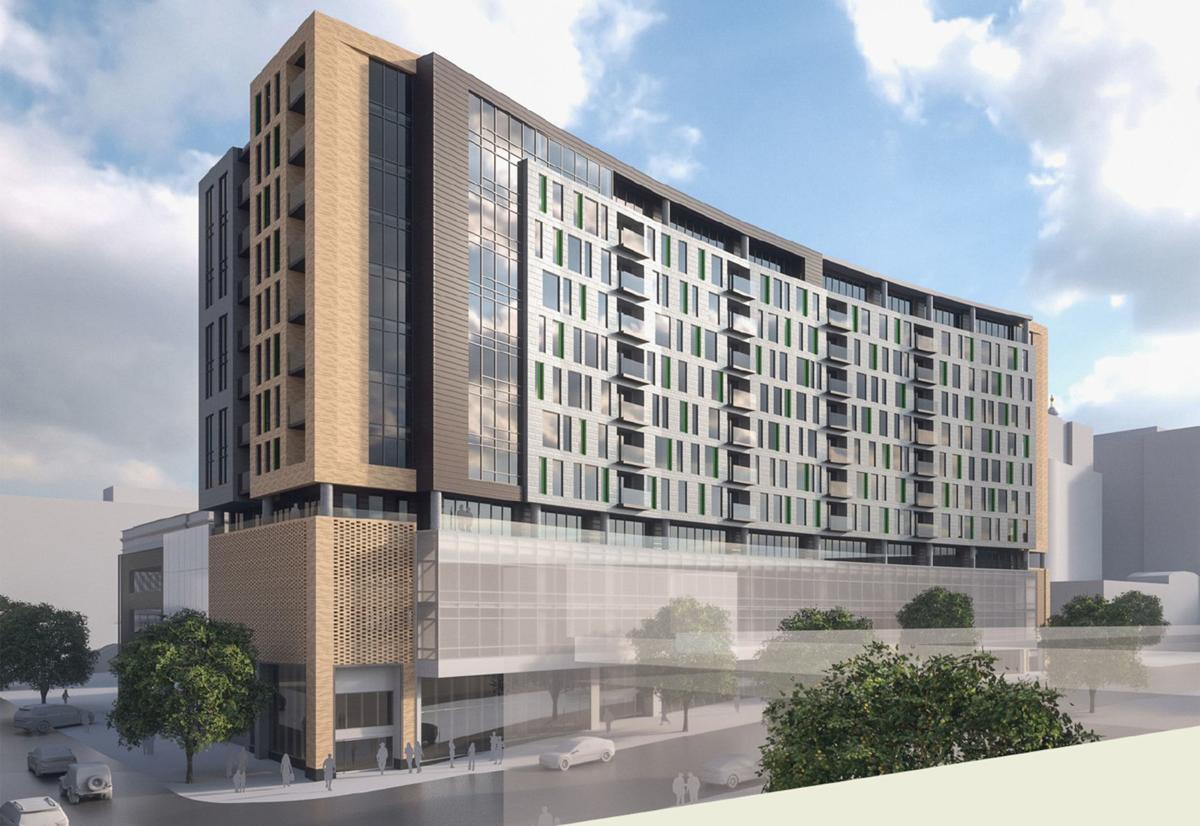 Stone House Development's $40 million project includes 159 apartments. A special staff team has recommended the proposal over two others for a private piece of the massive Judge Doyle Square project Downtown. 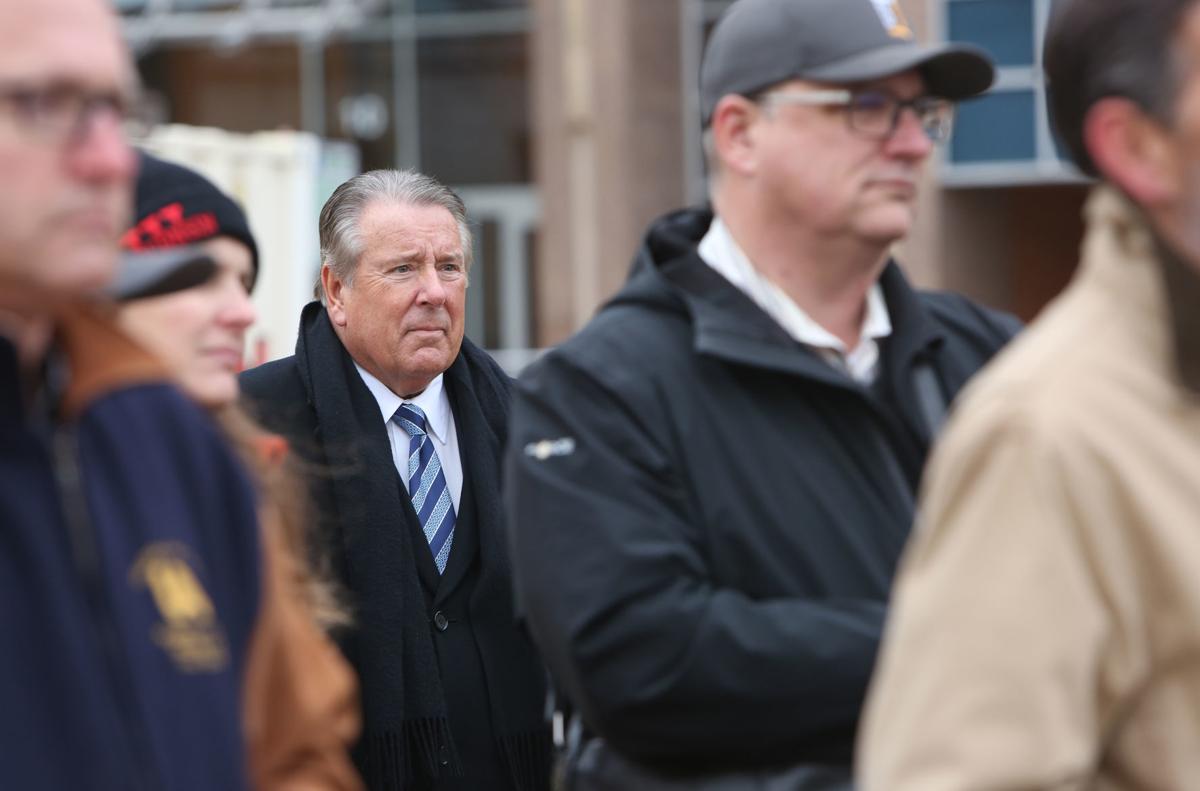 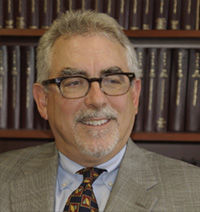 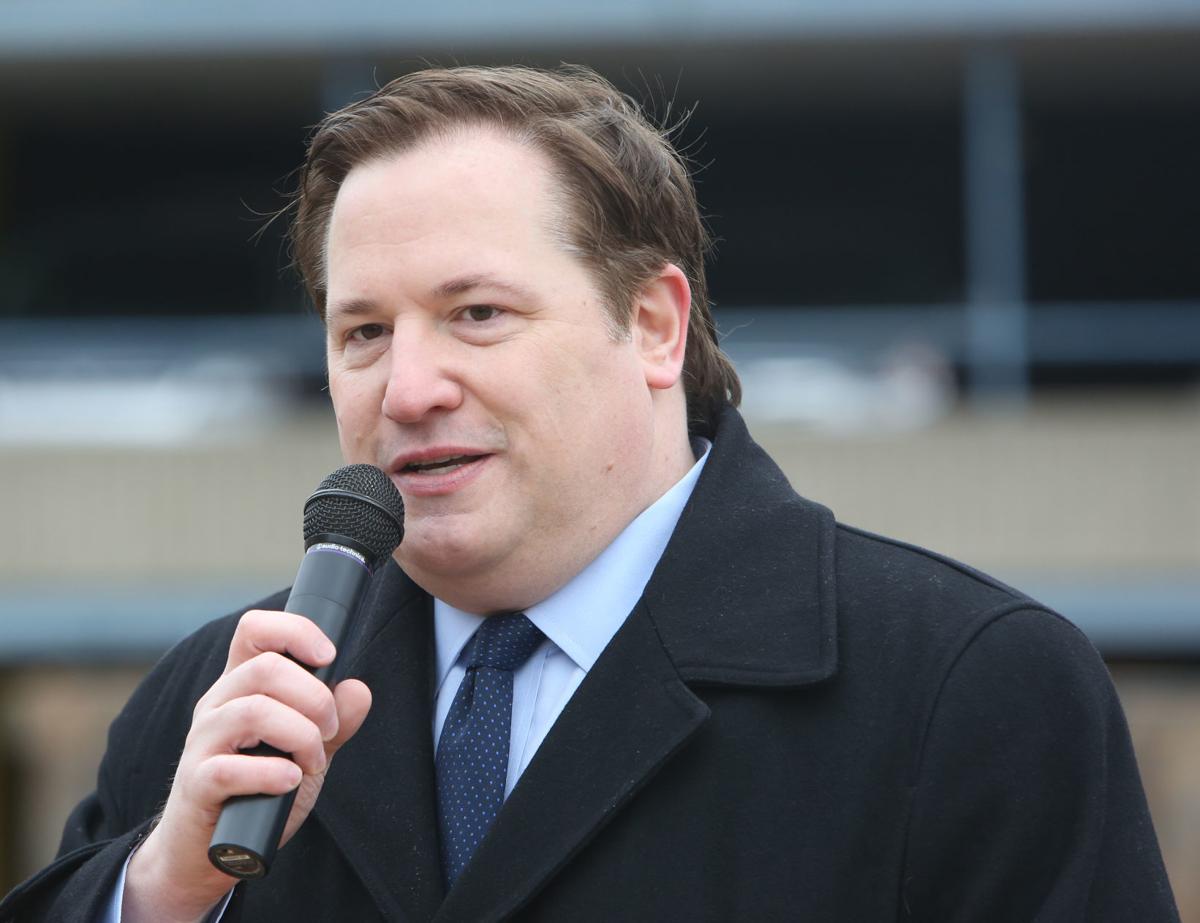 Beitler, based in Chicago, has plans to build a hotel, an apartment complex and commercial space on the block that currently holds the Government East parking garage in downtown Madison.

However, on May 3, Beitler sent the city two notices of default on a development agreement between the partners. The setback follows signs of some progress after another round of default notices in March.

The actions are baffling to Mayor Satya Rhodes-Conway, who said that the city is doing everything to make the Judge Doyle Square project a success.

“Whether that actually comes true, I have no idea,” Rhodes-Conway said.

The major downtown redevelopment project, which encompasses the two blocks that encompass the Government East parking garage and the Madison Municipal Building, has seen several iterations over the past eight years.

In 2016, the city entered into a development agreement with Beitler to build a $186 million proposal that called for a hotel, housing and commercial space.

The city is now completing construction of a $50 million underground parking garage next to the Madison Municipal Building to replace the aged Government East parking garage. Additionally, Madison is moving forward on selecting a developer for the structure that will be built on top of the garage.

Beitler is waiting for final approval from the city on a major change to the hotel plans, which substitute a swimming pool instead of parking, required by the hotelier. The city approved an agreement with Beitler to lease 40 valet parking spaces in the new city-owned garage.

James L. Oakley, an attorney representing Beitler, said in an email that the firm is progressing on its portion of the project.

“Notwithstanding the two Notices of Default that Beitler has sent to the City, it has, and continues to move ahead per the terms of the Development Agreement with plans to build the Embassy Suites hotel on Block 105,” Oakley said.

In the letters to the city, Beitler claims that Madison has failed to specify which of the 77 condition in a zoning approval letter must be completed before the city will issue a building permit for the hotel.

Oakley said in the letter that it is critical the city provide this information given the window Beitler is allowed to begin construction on the hotel.

“It is unfair for the city to shorten Beitler’s timeframe to build, while simultaneously refusing to cooperate by providing it with the conditions the city intends to require be satisfied before it will issue a building permit,” Oakley said.

Beitler also claims that the city has not provided information on the history of approved plans for both blocks.

In letters responding to Beitler May 16 and May 29, the city disagreed with Beitler’s legal analysis and said that the company is responsible for addressing conditions. The city also pointed out that Beitler has the appropriate zoning for development.

City Attorney Michael May called the letter from Beitler “most unusual,” explaining that Beitler does not ask the city to take any action. May said the letter fits a pattern in how Beitler has dealt with the city.

Further, May said Beitler’s continued use of notices of default for “picayune matters” makes it harder for Beitler to secure finance and complete the project — “a breach of Beitler’s duty of cooperation and good faith under the development agreement.”

May said the exchange of notices of default are “unusual” for a city development.

“The city hopes the project will proceed to completion,” May said. “At this time, we do not plan any legal action, but retain our right to do so.”

In the city’s response to Beitler, May suggested that Beitler obtain a local consultant who is familiar with Madison's development approval process. May said the city has advised Beitler to do so before, but the company has declined.

The city also responded to questions addressed to project manager George Austin about zoning. However, the city did not answer questions about the Municipal Building block because it no longer concerns Beitler, May said.

“Currently, Beitler is reviewing those responses to determine if the questions which were asked have been answered,” Oakley said.

The city’s relationship with Beitler has been fraught with tension that, at one point, resulted in a lawsuit.

Austin, who has overseen major developments like Monona Terrace and StartingBlock, said in an interview May 30 that major projects have “ebbs and flows.”

Last May, the City Council signed off on funding an $11 million podium, which collectively includes ground-level commercial space and two floors of private parking above the underground parking garage.

This decision prompted Beitler to sue the city, claiming that the city “unilaterally seized” the podium. However, the city maintained that Beitler asked the city to consider building it because the project was getting expensive due to rising construction costs.

Beitler dropped the lawsuit in August 2018. Then, in January, the City Council agreed the city would pay Beitler $700,000 to give up its developing rights on the Municipal Building block and return them to the city. Beitler would continue with the development of the hotel and apartments in separate towers on the block where Government East currently stands.

Despite the agreement at the beginning of the year, the city and Beitler claimed that the other was in default of a development agreement in February and March. Beitler claimed “there was a systematic effort to thwart Beitler’s ability” to complete the project.

In response to the notice, Assistant City Attorney Kevin Ramakrishna said Beitler’s accusation that the city misled the developer on zoning and building requirements “is nothing short of bizarre.”

After that, there seemed to be progress on the private portion of the project. Beitler filed an application to alter its plans to include a hotel swimming pool instead of underground parking. The City Council has also approved Beitler’s request to lease 40 parking stalls in the new city-owned garage for valet parking.

But Verveer said he remains committed to the project and would like to see the relationship between the city and Beitler work.

"I am not anxious to delay another headquarters hotel for Monona Terrace, something that many of us have been working on for many years, but if the relationship is not going to work, it’s not going to work, and we’re going to face that potential inevitability sooner rather than later."

If the private construction on the Government East block, Block 105, does not come to fruition, Rhodes-Conway said she would not be worried.

“If Block 105 doesn’t go forward as currently imagined, I think that there are plenty of people that are interested in developing that site,” Rhodes-Conway said.

Austin said that the city could complete the new underground municipal parking garage by October. The 560-stall parking garage will be the first completed element of the Judge Doyle Square redevelopment project.

Madison’s Finance Committee is also poised to make a recommendation on a developer for Block 88, which also includes the Municipal Building.

In February, the city issued a request for proposals to develop a housing or mixed-use project on Block 88 and received three applications in April for projects that cost between $38.2 million and $52 million.

“There’s a lot of good options and energy there, and I’m encouraged, frankly, by the range of workforce housing that’s included in all of the proposal,” Rhodes-Conway said.

A city staff team recommended Stone House Development’s $40 million proposal to build a 159-unit apartment project and 7,000 square feet of retail space in the podium. Occupancy in 37 units would be restricted to renters with household incomes at or below 80% of the Dane County median income.

Stone House Development would also request $1.2 million from the city in affordable housing funds and would pay the city $5 million to purchase the air rights and the podium.

Proposals were required to include an element of workforce housing. The city prioritized projects that maximize the tax base, have a straightforward development framework and utilize sustainability concepts in the design, construction and operation of the building.

The other proposals under consideration include:

The Finance Committee is expected to make a recommendation June 10, which would be followed by a City Council vote on either June 11 or 18.

The City Council is still expected to make a final decision on a developer at its June 11 meeting.