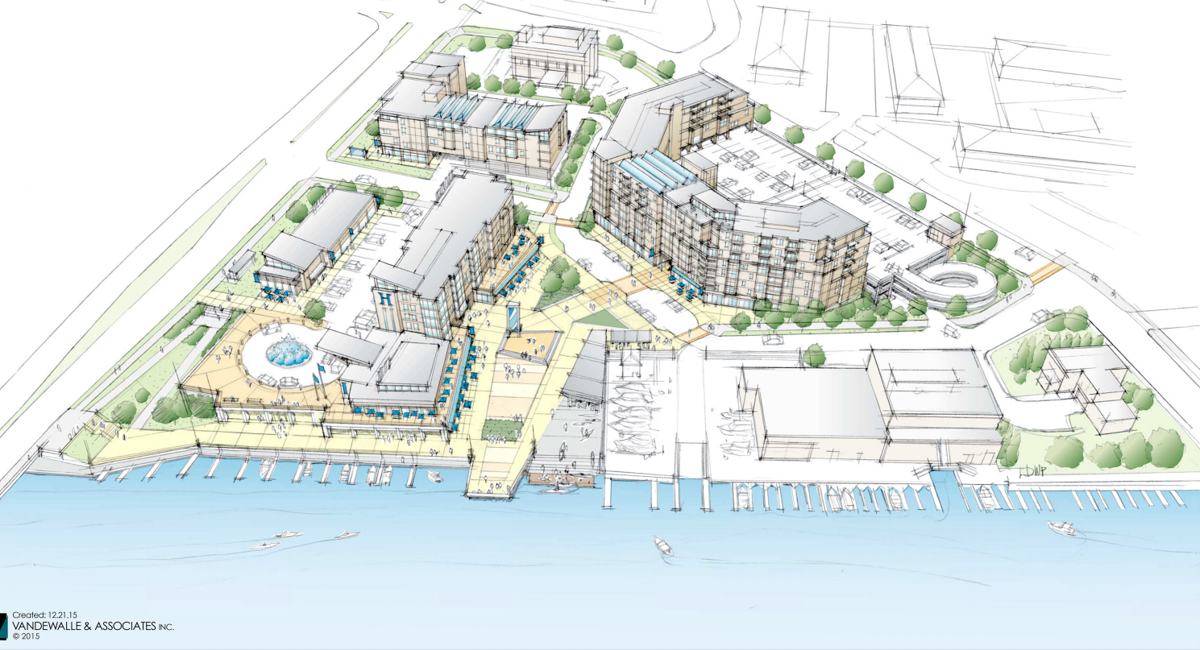 A plan for a major redevelopment along the Yahara River in Monona was recently approved by the city.

The first phase of the Yahara Commons project slated to begin this year in Monona.

A major redevelopment project meant to be a “destination public place” along the Yahara River in Monona has been granted a series of city approvals, putting it in motion to begin construction at the end of the year.

“This site has the unique opportunity to create a new vibrant community connection to the Yahara River that does not exist in Monona,” the development plan states.

The project, known as Yahara Commons, will ultimately create 26,000 square feet of commercial space, 33,000 square feet of office space, a public park and over 230 residential units between West Broadway and Bridge Road along the Yahara River, south of Lake Monona.

The $36 million project is being developed by Galway Companies, and will take place in three phases.

Over the past few months, the general plan and first phase have received approval from the Monona City Council and Plan Commission. This week, the city’s Community Development Authority approved $2 million of tax increment financing (TIF) funding for the project.

The city has been working for over three years to redevelop the site, and for the most part has received positive public feedback on the project, said Sonja Reichertz, city planner and economic development director for Monona.

“Former Mayor Bob Miller used to say incredulously all the time (that) he had heard nothing but good feedback from the community on this project,” she said.

During the city approval process, there was concern over an insufficient number of parking stalls, but the developer solved this by agreeing to create a temporary parking lot during construction and later utilize a shared parking agreement.

The property is currently the site of the Chase Bank building (the former home of the Latino Chamber of Commerce), Bridge Lounge, Inland Boat Works and Global Presence Ministries, all of which will be demolished for the project.

The city started looking into redeveloping the site three years ago when “it just so happened that a lot of those properties were for sale at the time,” Reichertz said.

The owners of Inland Boat Works were looking to retire, she said, and the site of Global Presence Ministries was vacant. The bar owner at Brink Lounge was also looking towards retirement. There were a few people, like the tenants of the Chase Bank Building, that had to “shuffle things around in their schedule,” she said.

The city must demolish the properties, build connecting roads and relocate a major sewer pipe before construction can begin. The city expects to hand the property over to the developer by Dec. 1, Reichertz said.

The first phase of the project would begin this fall and finish by the end of 2018, and would construct a five-story building with 96 apartment units, a garage and about 28,000 square feet of commercial space.

It would also include the creation of a 3,000 square foot park adjacent to the river, which the developer will lease to the city.

The development will cut down on stormwater runoff into the Yahara River. Most of the current buildings on the site were built in the 1960s and 70s, Reichertz said, and the redevelopment will be held to higher standards of sediment control. The project will improve the capture and treatment of runoff and will significantly increase green space on the property, she said.