Madison is seeking a partner in the redevelopment of five public housing sites known as “the Triangle” that would replace or substantially upgrade roughly 340 units within the next five to 10 years.

The 26 acres bounded by South Park and Regent streets and West Washington Avenue includes aging and deteriorating housing. The area was once the center of the low-income, multi-ethnic Greenbush neighborhood whose residents were displaced amid urban renewal efforts in the 1960s.

“This is a critical part of our affordable housing infrastructure, and it’s really important that we get this right,” Mayor Satya Rhodes-Conway said at a new briefing on Thursday.

The city issued the request for qualifications, which is part of the process of finding a partner developer, on June 28. Applications are due Aug. 27, and the city expects to select a preferred partner in the fall.

The area is the Community Development Authority’s largest housing site and includes the Brittingham, Gay Braxton, and Karabis Apartments and Parkside Towers and Townhouses. Matt Wachter, Madison’s director of planning and community and economic development, said the site poses physical challenges and is also financially complex.

“Throughout all of this, one of the most important things we want to get is a team that is going to help us engage with residents,” Wachter said.

As of March, an estimated 321 people live in the 336 active CDA-owned units spread across 12 buildings, according to the city’s request for qualifications. They include a mix of efficiencies and one-, two- and three-bedroom units.

Many residents are seniors or younger adults, 92% of residents have identified physical or mental challenges and, on average, residents earn lower incomes, according to the city. The population of the Triangle is more diverse than the city as a whole, with 45% of residents identifying as people of color, compared to 21% across Madison.

Most residents live alone, though families live in the Parkside Townhomes and a few couples and families in other CDA-owned buildings.

“A key emphasis in redevelopment/revitalization of the Triangle area housing will be reducing social isolation,” according to the request for qualifications. "Creating a variety of spaces within the Triangle that include both safe and insular areas, as well as spaces for social engagement is important."

The city also wants to improve access for residents of all abilities and to provide better connections to places outside the Triangle, including open grassy areas, community gardens, a playground and pedestrian paths.

Meanwhile, the nonprofit Bayview Foundation is embarking on the redevelopment of its 102 townhouses, which includes replacing them with 130 units of multifamily housing. Bayview is not a formal partner with the city’s Community Development Authority, but both organizations committed to assisting each other with their projects.

The findings could offer guidance to Madison as it works to address the housing shortage in Madison and prevent displacement of current residents. 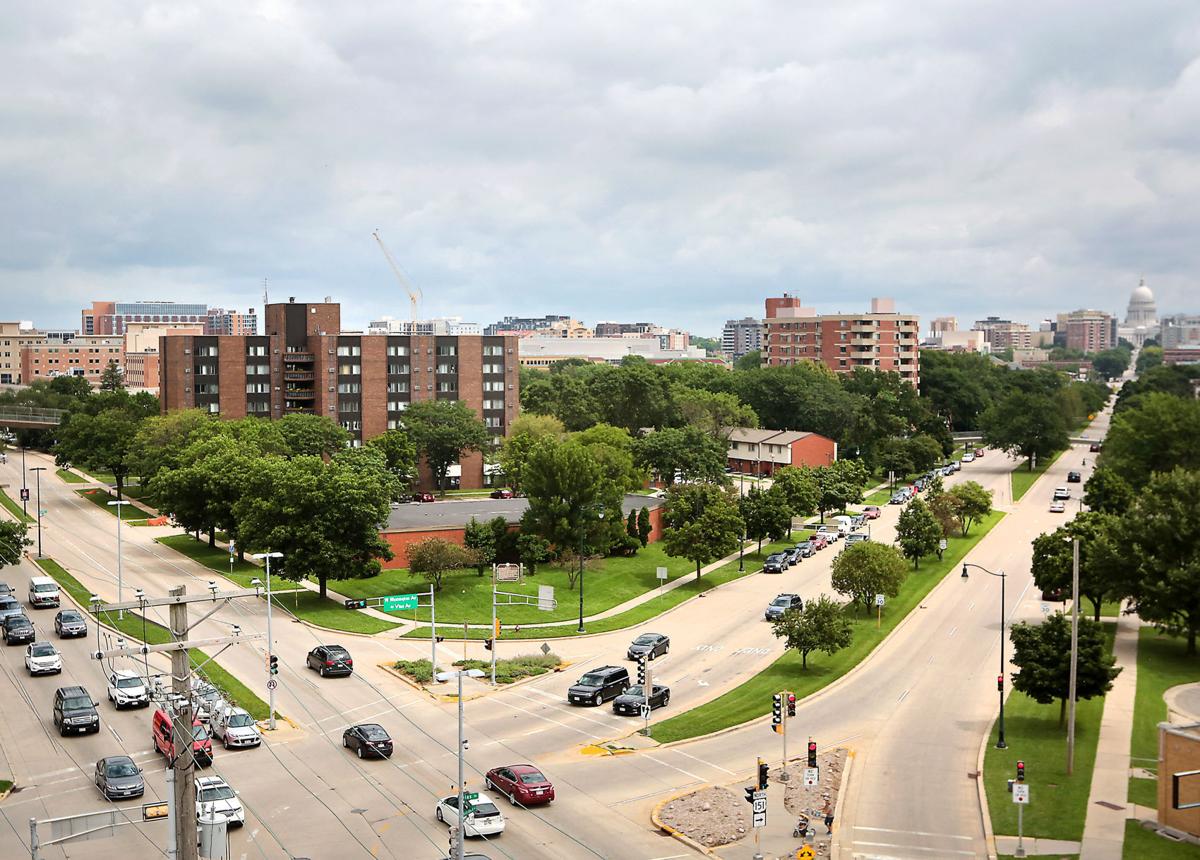 The Triangle neighborhood, looking northeast from the intersection of South Park Street and West Washington Avenue, covers 26 acres on the southwest edge of downtown. 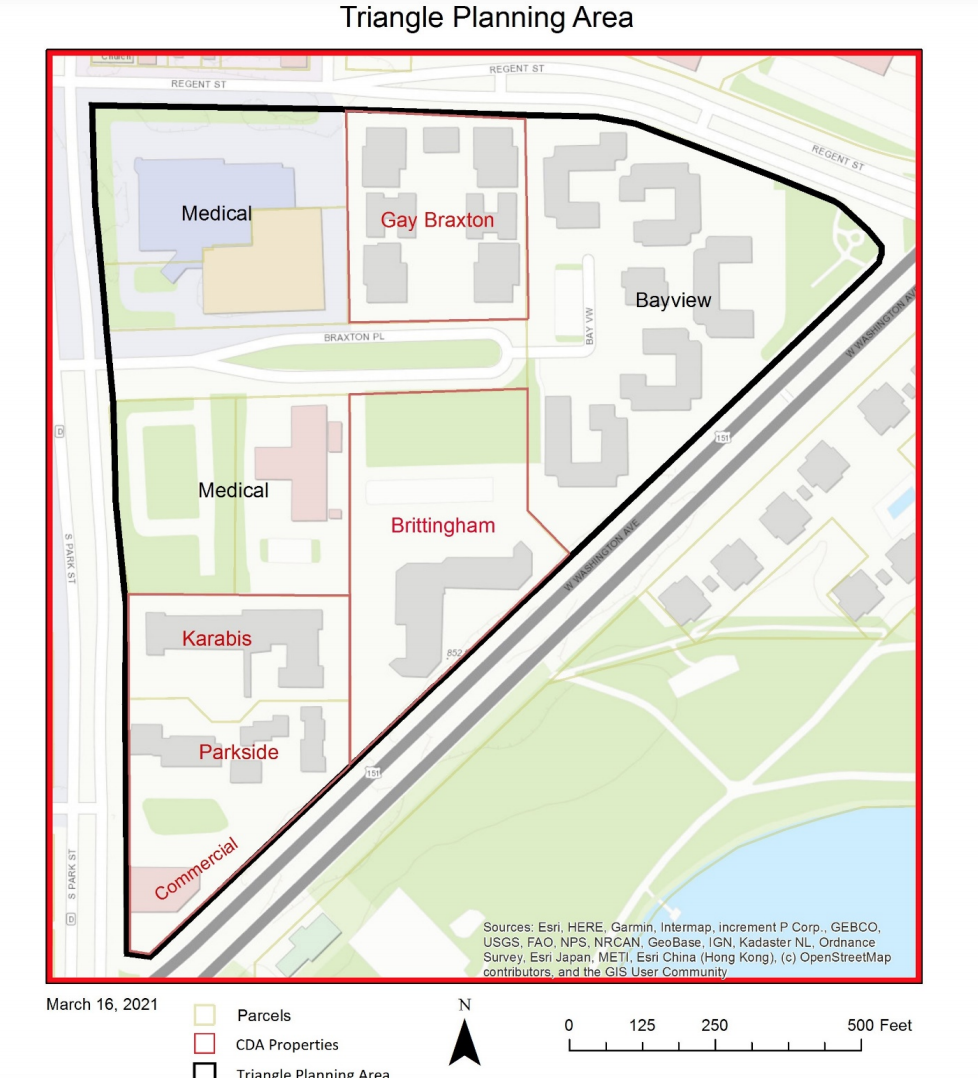