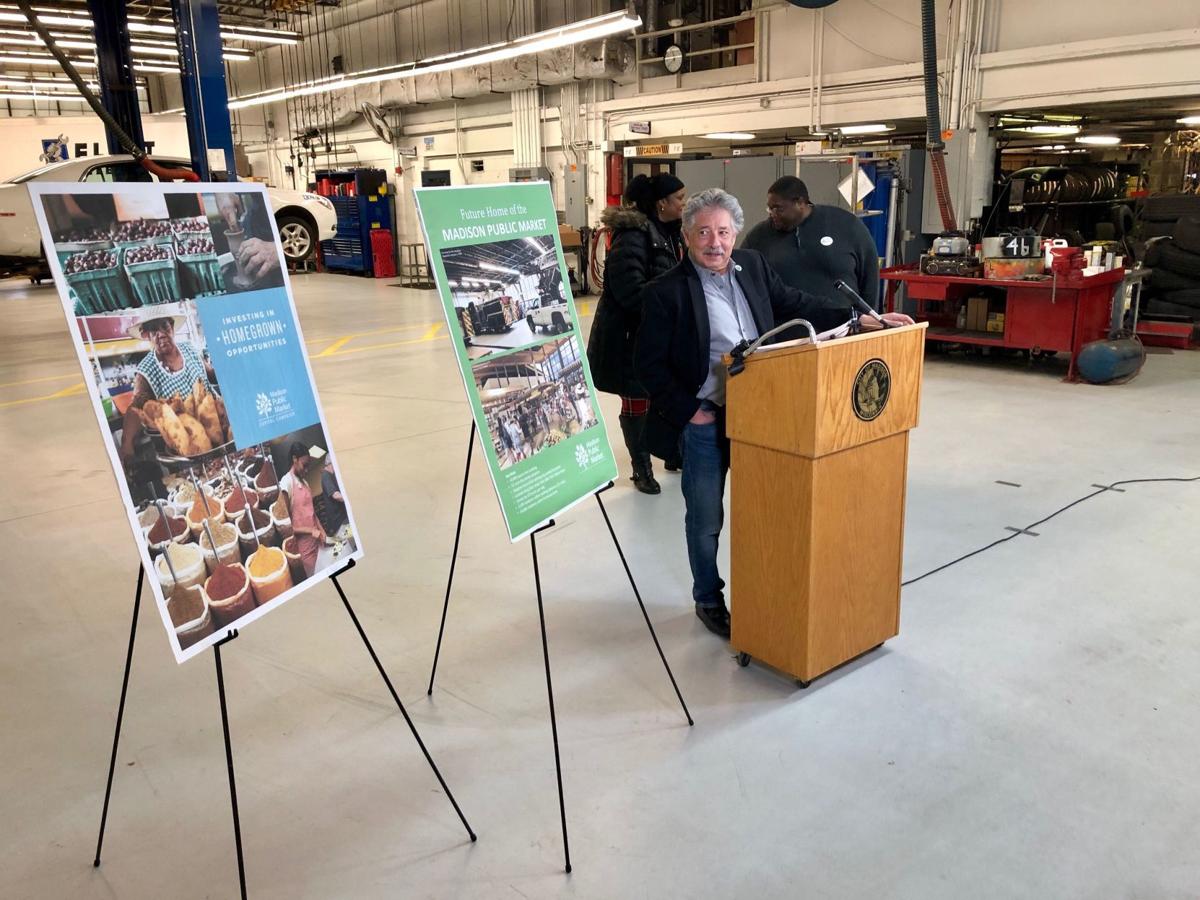 Mayor Paul Soglin announced Monday that the public market will be located in the Fleet Services building at 200 North First Street. 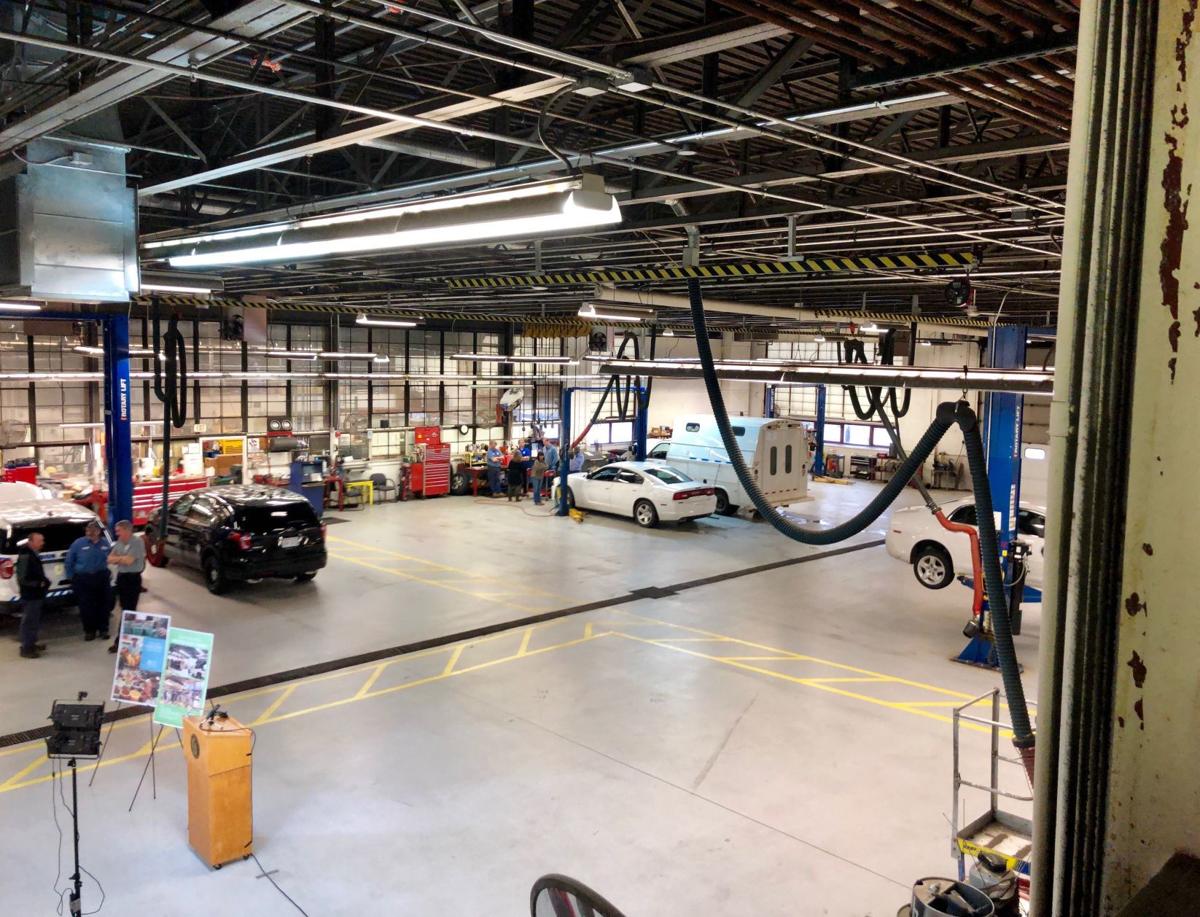 Shifting away from its previous plan, a proposed $13.2 million public market project will now be located in Madison’s Fleet Services building on North First Street. That plan replaces one that called for building a new structure on private land that currently holds the Washington Plaza Shopping Center.

Mayor Paul Soglin announced the shift Monday at the city-owned, 44,000-square-foot garage at 200 North First Street. He said cost was a primary driver in the site change in addition to the opportunity to have more interesting space for a market.

“Making the building affordable is critical. We cannot put our operators in a difficult position in regard to cost of the space,” Soglin said. “Structurally, this building is solid. It’s got a long healthy life ahead of it, and we intend to capitalize on it.”

The city originally looked at reusing the Fleet Services building for the market, but was in the process of negotiating with Steve Doran and Todd Waller, the owners of the shopping center at the corner of East Washington Avenue and First Street.

With the assurance that the city is building a new fleet headquarters building on Nakoosa Trail, project manager Dan Kennelly said the economics of buying property did not make sense for the city. Soglin included $32.8 million in the 2019 Capital Budget to relocate Fleet Services.

Kennelly said the estimated cost savings will not be known to the city until the project moves forward with the design process.

“One key difference is by re-purposing an existing, city-owned facility that is already built and has great bones, we save ourselves the land cost of purchasing a parcel for the project, and we save a baseline structure cost,” Kennelly said.

The most recent plans for the project include a large market hall, an outdoor plaza, outdoor seating, a food innovation center, flexible event space, a children’s area and art spaces.

“The purpose of this market is to provide access, at an affordable price, to healthy food to the people of our community and to provide a retail outlet for people who assemble produce and prepare that food," Soglin said.

Located on a 3.4-acre site, the building includes three service bays with 25-foot high ceilings, a 5,600 square-foot mezzanine looking over the garage and concrete floors. The upper level space could be renovated as an eating area, cooking space or other event space.

The building has large windows and garage doors that could be more accessible for loading trucks. A larger lot will allow for more car and bike parking.

Existing site analysis work, fundraising and the MarketReady program will be consistent and unchanged because the new market plan is still in the same general location, located just 250 feet away from the previous proposed location, according to the Madison Public Market Foundation.

“We expect a really vibrant, vibrant space,” said Jamaal Stricklin, the foundation’s president. “We want to create entrepreneurship around food. We want to create jobs in the food industry but not just dish washing jobs — actual jobs where people can have ownership.”

“It’s a much larger space that’s going to accommodate much more vendors, which sets us out on the right foot for a successful market,” Aley said.

The Madison Public Market Foundation will operate the market once it is open and has raised nearly $1 million of the $4 million of private capital needed to fund the project. City funding was reauthorized in the 2019 budget.

City staff have recommended Minneapolis based architect MSR and local firms Ken Saiki Design and Vierbicher to design the project. The current fleet occupants in the building will relocate in 2019 and 2020, allowing the city to start retrofitting the First Street location in 2020 and 2021.

The market plans to open in 2021, Kennelly said.

Conceptual site plans would locate the Public Market closer to Burr Jones Field, the bike path and the Yahara River.