During a summer marked by an unprecedented global pandemic that has consumed city resources, the massive Judge Doyle Square redevelopment project downtown has visibly progressed.

The complex project, which includes parking, commercial space, apartments and a hotel on the blocks that currently hold the Madison Municipal Building and Government East parking garage, has experienced setbacks and delays and been in the works for years.

Most recently, the city completed work on a $50.4 million, 560-space underground parking garage parking structure with first floor commercial space, including a bicycle center, on the Municipal Building block. Situated behind the Municipal Building and between Doty and Wilson Streets, it will replace the city’s first publicly-owned garage, Government East, built in 1958.

This set the stage for Stone House Development to start construction on 162 units above the garage and kicked into motion a timeline for Beitler Real Estate Services, the city’s development partner, to start work on a 250-room hotel and housing project on the Government East Ramp block.

The city originally selected Beitler in 2016 to develop both blocks, however, the developer and the city faced disputes, including a lawsuit that Beitler later dropped.

Last January, the City Council approved an agreement to pay Beitler $700,000 to give up rights on the Municipal Building block, which followed a decision in May 2018 to spend $11 million to build the podium — the retail space, private parking and a structural slab to support the private apartment building. In a new round of proposals, the city ultimately selected Stone House’s project.

The new underground municipal garage at 20 E. Wilson St. is the first completed element of the redevelopment project, which includes public and private components on the two downtown blocks.

Due to adverse winter weather and wet flooding conditions in the fall of 2018, an unexpected building foundation found during the building excavation and differences in building code interpretations by the city from the original state-approved plans in 2017 pushed back the opening from last October to June 22.

Completing the garage is a “huge milestone,” project manager George Austin said, because it provides the base for the private apartment development above the parking and commercial space.

“It really was kind of a linchpin,” Austin said. “We're happy to see that completed and then moving on to the next stages.”

Austin said Freewheel Community Bike Shop, which will operate the bicycle center, has received a certificate of occupancy and is completing work on the space along Pinckney Street. Executive Director Elijah McCloskey said by the end of the month, the bike center will be offering some bikes for sale and services.

McCloskey described an increased demand for bicycling during the pandemic as people are looking for a safe way to exercise outside and travel safely. Freewheel, which uses profits from selling high-end, vintage bicycles into charitable operations, has also given bikes away to essential workers.

“Having access to bicycles helps essential workers continue to get to work safely while minimizing the spread of disease,” McCloskey said.

Demolition of the Government East Ramp — the last of the public portions of the project — will begin before the end of July, Johanna Johnson with the city’s Engineering Division said. When the ramp is demolished, the public elements of the Judge Doyle Square project will be complete.

“Obviously, the economic environment has completely changed from when this project started in a number of ways,” Mayor Satya Rhodes-Conway said. “I continue to be hopeful that we’ll get a good project, not only on the top of the parking garage with Stone House but on the other side as well.”

Private development on top of garage

“It's going to be good to see the private elements beginning, which was another key reason to do the project: to take tax exempt property and turn it into tax producing property,” Austin said.

The apartment complex includes a mix of unit sizes, and some units are set aside as affordable.

“We’re always looking for sites and for redevelopment where we can do affordable housing projects, and — in that core area, especially around the Square and surrounding few blocks — there just aren’t sites available and if there are, they’re very expensive,” Stone House Vice President Rich Arnesen said

The project also includes amenities on the fifth floor, including community and exercise rooms, in addition to sustainable elements like a blue roof that can monitor the release of flood water into the city’s water system.

Though the pandemic could change the future of how residents use communal areas, Arnesen said he hopes residents will be able to use these areas once the units are ready to rent. He said the rental market at other Stone House properties remains “reasonably strong.”

On the block that currently holds the soon-to-be-demolished Government East Ramp, Beitler plans to build the hotel and a second-phase structure that would provide housing. The city notified Beitler June 18 that with the issuance of the certificate of occupancy for the new garage, the Chicago-based developer has 18 months to begin construction on the hotel. Pinckney Street will remain closed until the hotel opens.

The developer has an additional 12 months from that point to start construction on the housing component.

Austin said the city has had “periodic but regular communication” with Beitler over the past year. In June after two previous hotel developer possibilities fell through, Beitler informed the city it was working with a third team to develop the hotel.

Though the pandemic has hit the travel and meeting industries hard, Austin said Beitler “does not appear to have backed away from the opportunity.”

“Beitler is actively pursuing that development, even though it's an interesting time to be undertaking development,” Austin said.

Rhodes-Conway said she holds a “wait and see” approach as the industry will likely change going forward. However, she said a “deal that is struck now is not going to be built out and ready to be occupied for years.”

If the hotel starts construction in the fall of 2021, it would likely not open until 2023, which could allow time for the market to rebound.

“While it is possible that the hotel sector will take longer to come back than other sectors, it’s also possible that in three years we’ll be back to ‘normal,’ Rhodes-Conway said.

Madison's City Council approved key zoning changes for projects downtown and on the city's south and near east sides.

The city is looking for a "significant project, not unlike the scale of Judge Doyle Square."

Beitler Real Estate, based in Chicago, is looking to transfer development rights to Mortenson Development for the hotel that would serve Monona Terrace. 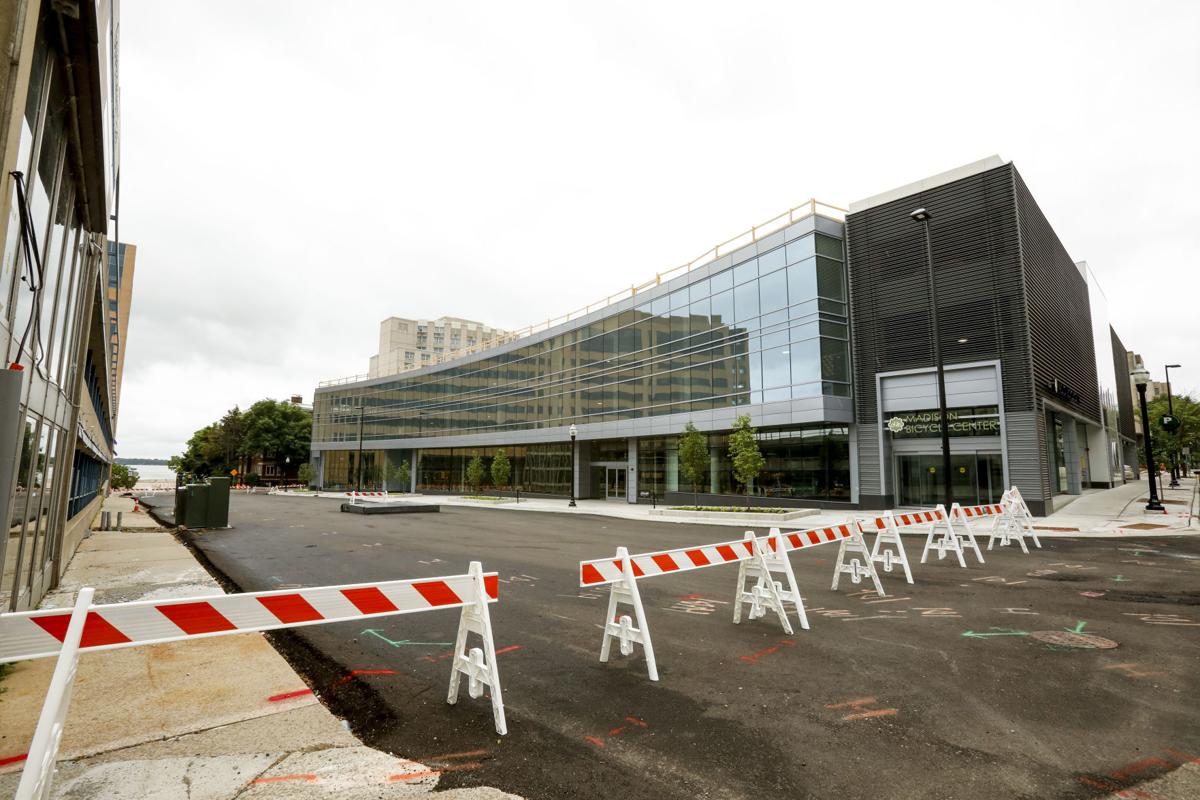 The new Wilson Street Garage, which is part of the Judge Doyle Square project, officially opened June 22. Entrances to the garage are on East Wilson Street and East Doty Street. Pinckney Street will remain closed until the hotel opens. 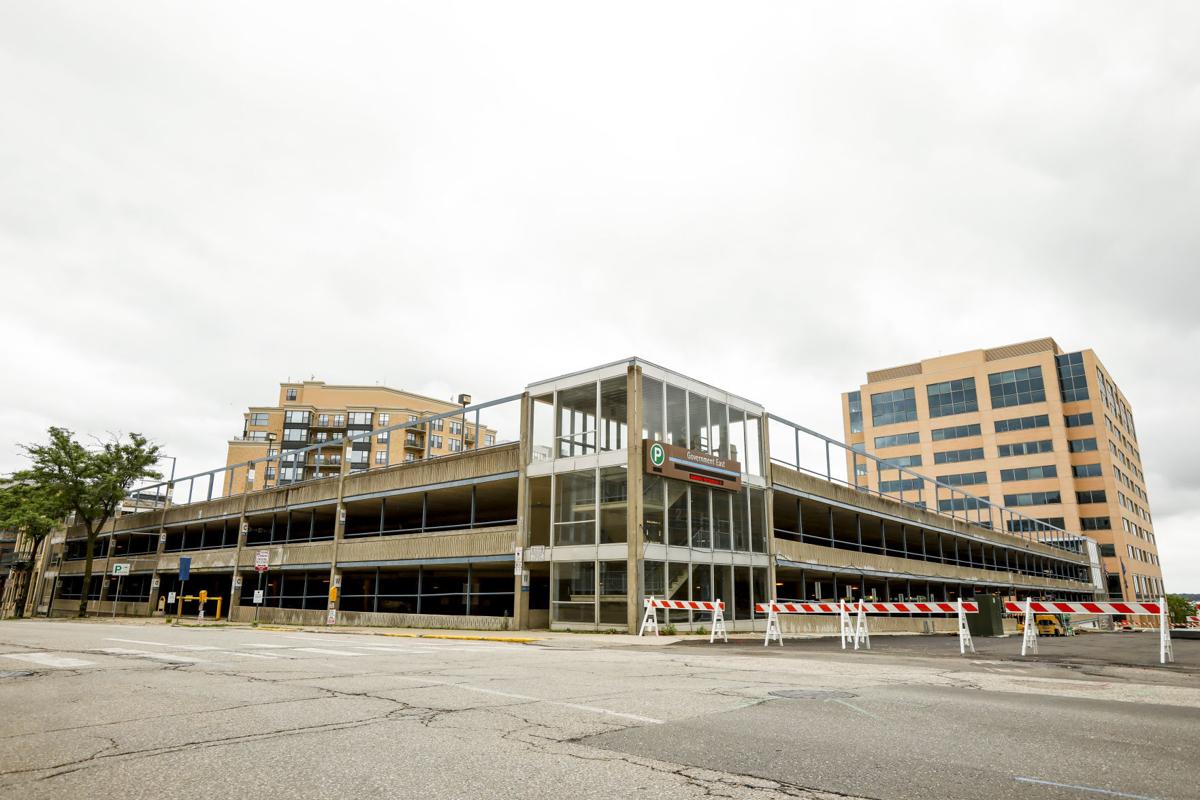 Demolition on the Government East parking garage, which was built in 1958, is expected to be demolished this summer. 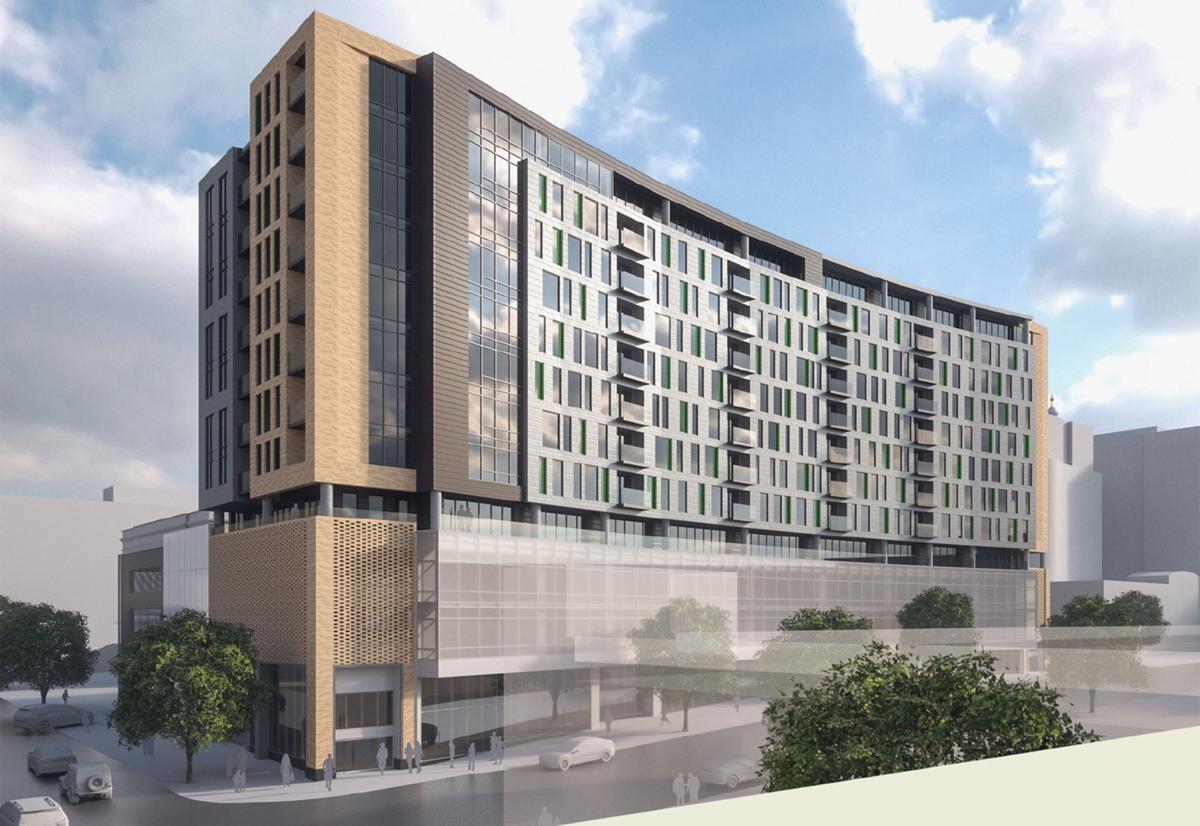 Stone House Development is moving forward with a roughly $40 million housing project with 162 units above a public underground parking garage on the Madison Municipal Building block as part of the Judge Doyle Square redevelopment.