It's a decision that could have broad implications for other states' gerrymandered maps and could pave the way for a new national standard to evaluate the constitutionality and fairness of such maps.

The three judges found that Act 43, which carved out new districts for the state Assembly, was written to hurt Democrats.

"It is clear that the drafters got what they intended to get. There is no question that Act 43 was designed to make it more difficult for Democrats, compared with Republicans, to translate their votes into seats," Ripple wrote.

But the judges stopped short of ruling on adopting the metric proposed by the plaintiffs for judging the fairness of maps, called the efficiency gap.

Attorney General Brad Schimel said in a statement that the state is reviewing the decision and plans to appeal.

“This 2-1 decision does not affect the results of this month’s election or any prior election and legislative district boundaries remain unchanged until the court rules on any remedy,” Schimel said.

In the decision, Ripple wrote that it was evident that Republicans sought to construct maps that would ensure a lasting majority.

"It is clear that the drafters were concerned with, and convinced of, the durability of their plan," Ripple wrote. "We conclude, therefore, that the evidence establishes that one of the purposes of Act 43 was to secure Republican control of the Assembly under any likely future electoral scenario for the remainder of the decade, in other words to entrench the Republican party in power."

He also outlines Republican gains made under the law, noting that the party had both gained and preserved more seats than they would have under different maps.

Ripple and Crabb agreed that the numbers and testimony in the case show that that is a trend that will continue.

"Republicans will continue to enjoy a substantial advantage in converting their votes into seats," Ripple wrote.

In his dissent, Griesbach highlighted what he saw as several flaws with the methodology and reliability of the efficiency gap as a test for the 2011 Assembly maps. He argued that the U.S. Supreme Court ultimately rejected similar arguments and wrote that the high court would not want the courts to "meddle in a state redistricting plan."

"The Supreme Court heard this same story in 1986. It was unmoved," he wrote. "The efficiency gap theory on which the Plaintiffs founded their case fatally relies on premises the courts have already rejected." He also disputed the premise that the Republicans who drew maps to ultimately benefit their party were engaged in "foul play or dirty tricks," and noted that the party already held sizable majority in the Assembly.

"Partisan intent is not illegal, but is simply the consequences of assigning the task of redistricting to the political branches of government," he wrote. "Given the fact that Republicans already enjoyed significant advantages under court-drawn districting plans then in effect, it should hardly surprise anyone that, when afforded the rare opportunity to draw their own maps, they extended their electoral advantage somewhat."

Tad Ottman, an aide to Senate Majority Leader Scott Fitzgerald, R-Juneau, helped draw the maps. During his testimony at the May trial, Ottman was questioned about a memo he wrote noting that Republicans had "an opportunity and an obligation to draw these maps that Republicans haven’t had in decades.”

Republicans went through several drafts of maps, refined them and passed them to Republican leadership in the Legislature, according Ottman and other GOP aides who testified.

The judges disputed the state's argument that Wisconsin's natural pro-Republican political geography is the reason Democratic voters might be disadvantaged from the new maps. The judges emphasized that their task was to determine whether the maps were justified.

"Because we find that the plan's drafters created and passed on several less burdensome plans that would have achieved their lawful objectives in equal measure, we must conclude that the burden imposed by Act 43 is not justifiable," according to the decision.

Bill Whitford, the lead plaintiff in the case, said in a statement that the decision was "truly historic."

"As a lifelong Democrat the court’s decision recognizes the power of my voice and the voices of all other Democrats across the state. This decision could have a monumental impact in ensuring that voters’ voices are heard across the nation, regardless of party," he wrote.

Assembly Minority Leader, Rep. Peter Barca, D-Kenosha, praised the decision, calling it a "victory for democracy and the people of Wisconsin."

"This is an historic victory for voters and a further admonishment of the extremely slanted maps that trample the democratic will of the people of Wisconsin," he said in a statement.

Assembly Speaker Robin Vos, R-Rochester, said the ruling should be appealed to the U.S. Supreme Court.

“There are only two things that are certain about this case: it’s unprecedented and it isn’t over," Vos said in a statement. "The state of Wisconsin has competitive legislative districts that meet every traditional principle of redistricting. Republicans win elections because we have better candidates and a better message that continues to resonate with the voters."

Martha Laning, chairwoman of the Democratic Party of Wisconsin, said in a statement she is looking forward to new maps.

"I look forward to the creation of new district lines that respect Wisconsin's tradition of fair and open government and ensure that all of the people and communities in our state are represented equally."

Groups who lobbied for the maps to be overturned said the decision could have widespread national implications.

“They clearly accepted our case in general and they rejected the state’s defense in general and they said clearly the current map has been held unconstitutional,” said Sachin Chheda, a consultant who has worked with the plaintiffs in the case. “It is likely that this is going to have national implications.”

"This is truly a monumental victory for the plaintiffs in this case, but more importantly this is an historic moment for our nation and the betterment of democracy," said Gerry Hebert, executive director for the Campaign Legal Center, a Washington D.C.-based advocacy group aiming to overturn the maps. "This case proves that the rights of Wisconsin voters were infringed upon and that the self-interested, unfair practice of partisan gerrymandering hurts our democracy."

Ruth Greenwood, deputy director of redistricting with the Campaign Legal Center, said the victory indicates that there is great potential to use the efficiency gap as a test elsewhere. The group is also hoping to use it to overturn Republican maps in North Carolina, she said.

Wisconsin's current maps were drawn in 2011 when Republicans took control of both chambers in the Legislature. State governments are directed to update their district maps every 10 years following the U.S. Census.

Arguments in the case wrapped up in federal court in Madison in May. The three-judge panel was initially expected to issue its ruling around August.

Last week, plaintiffs in the case asked the judges to consider the results of the presidential election earlier this month, arguing that the results in Wisconsin further proved their case.

The trial in May centered around the validity of the efficiency gap, a new test to examine the fairness of state Assembly district lines. The court did not rule on whether the efficiency gap should be the new metric for measuring whether state districts are drawn fairly.

The efficiency gap involves historical data sets of voter behavior correlated to the elected seats available. It was developed by political scientists who have been working with the 12 Democratic plaintiffs to repeal Wisconsin's maps, and is promoted by its developers as the first quantitative model of its kind.

They say it creates an objective, math-based judicial standard to evaluate whether the district lines drawn by the party in power are fair.

In their opinion, the judges deferred a decision on whether the efficiency gap should be used. They asked the parties in the case to file more briefs providing evidence for how the unconstitutional maps should be remedied.

The club and town officials hope the agreement will avert a legal battle.

"It's never happened to me that I've gotten 142 emails from people in the county pertaining to a resolution and to have every single one of them be in favor of the resolution."

UW-Madison professor Ryan Owens is the second Republican to join the race for attorney general.

Despite opposition from parking officers, the council narrowly approved a proposal Tuesday to move the employees to the supervision of the city's Parking Division.

Madison's former water manager Thomas Heikkinen is suing the city for more than $44,000 because of alleged unpaid vacation and sick leave.

Watch now: After a century in storage, wood from Madison lab being used to repair U.S. Capitol

A stash of priceless mahogany that sat for decades in a Madison laboratory will play a key role in restoring damage caused when a mob stormed the U.S. Capitol on Jan. 6.

The new contract, which still must go through the Wisconsin Economic Development Corp. board for final approval, would provide Foxconn with reduced tax incentives in exchange for a more flexible agreement. 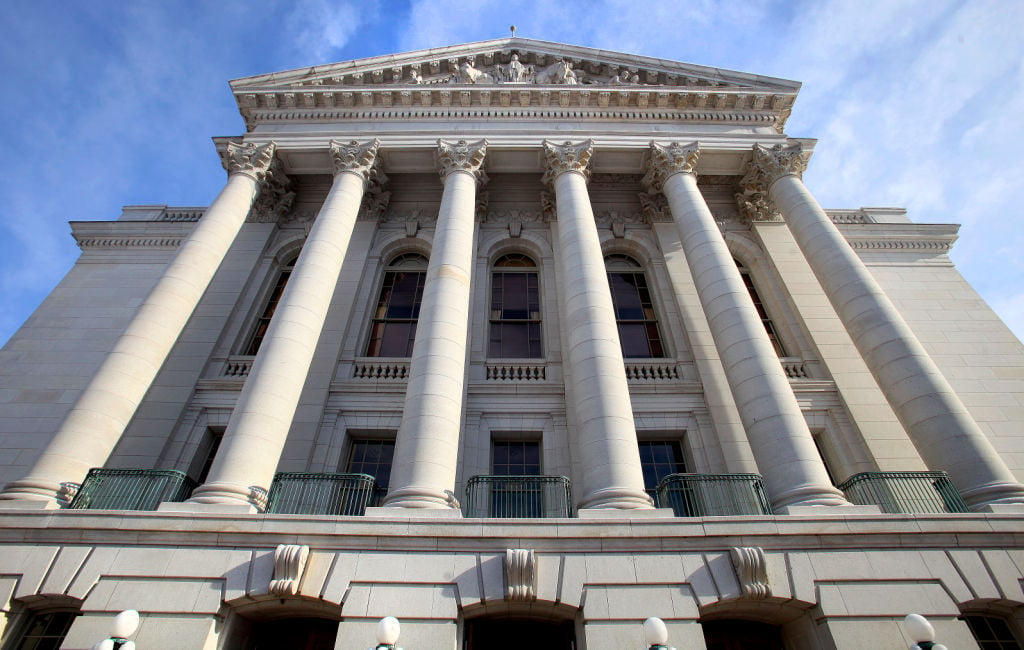 The State Capitol in Madison in January 2015.