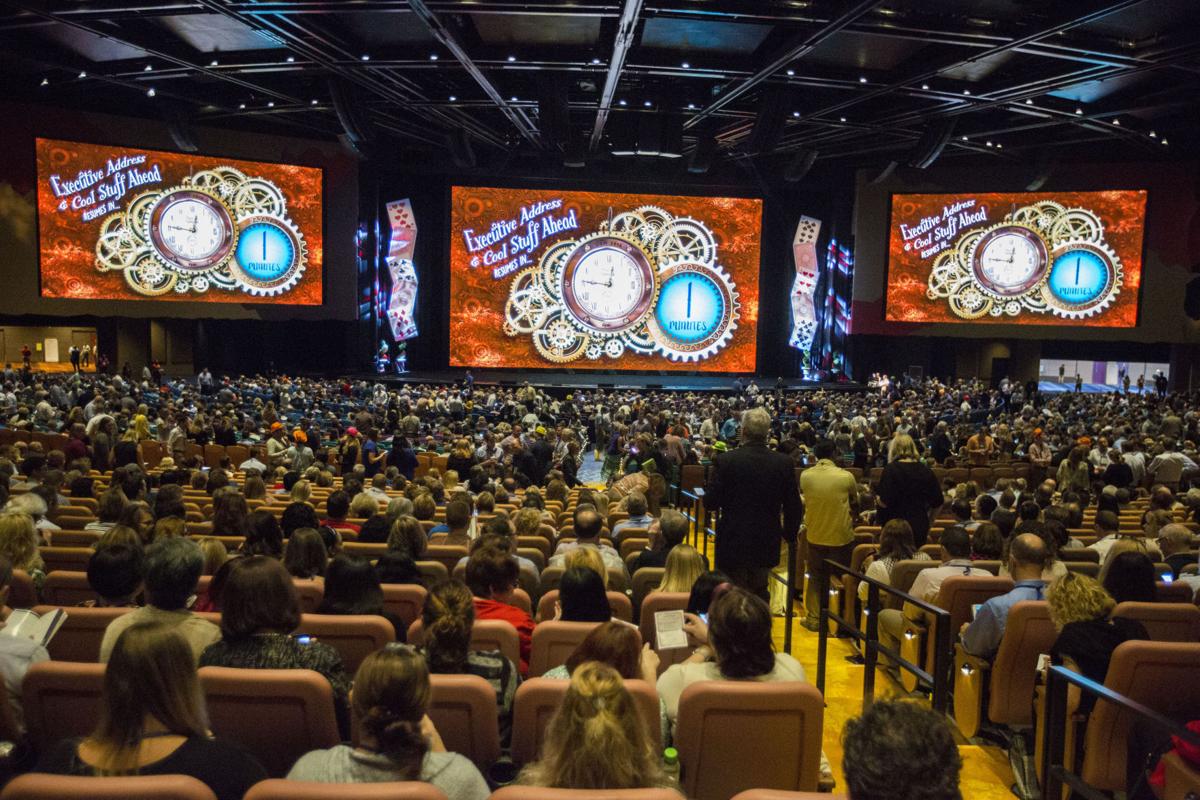 The auditorium at Epic in Verona where staff meetings are held is shown during the company’s Users Group Meeting in 2016. 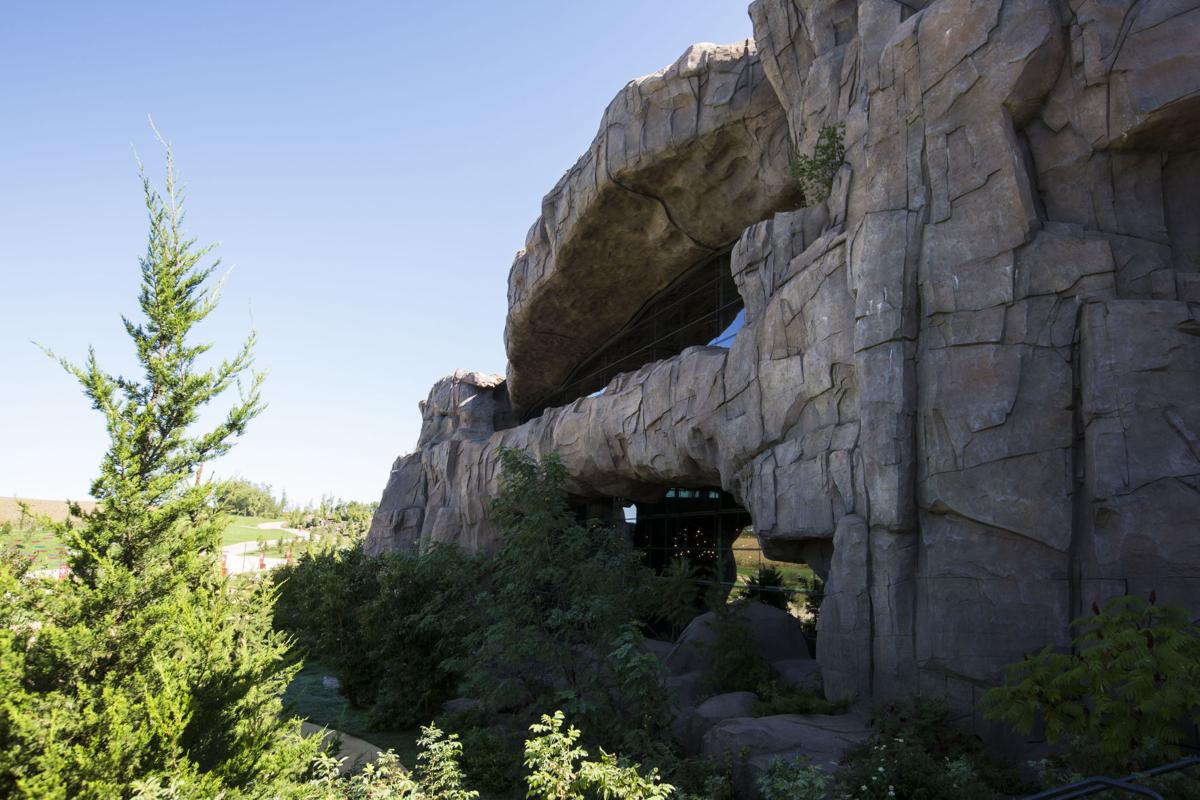 Epic Systems' massive training center, above, is where new workers get trained on the ins and outs of tasks from quality assurance to technical documentation. 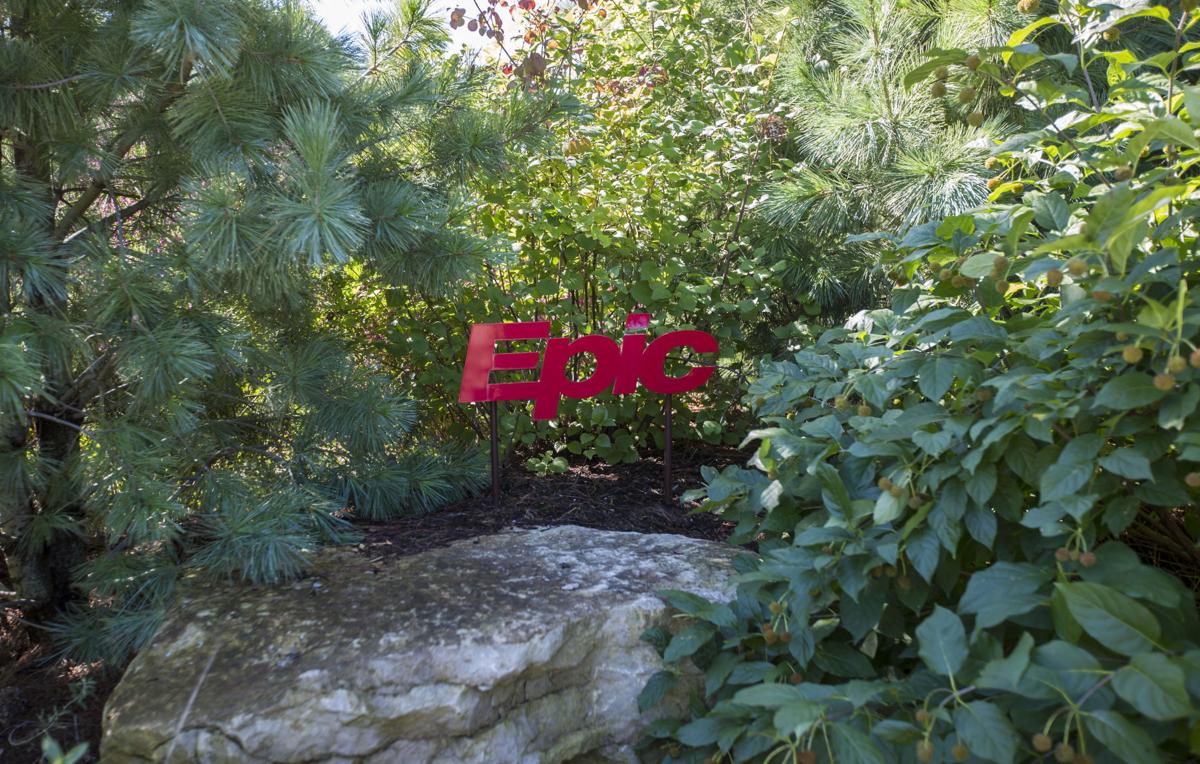 Following backlash from employees, concerns from its customers and questions from Dane County public health officials, Epic Systems is delaying its mandate that employees return to work in person starting Monday.

According to an email from the company sent Saturday night, if employees feel they have personal circumstances or concerns about returning to campus, they are no longer required to do so. Employees must notify the company of their decision to stay home by Wednesday.

“While our intention is to return staff to campus, we are adjusting the timeframe as we work with public health officials to gain their agreement on our plan,” Epic chief administrative officer Sverre Roang said in a statement. “It is our hope that by working together we can be a model for other businesses around the country on how to safely bring staff back to work.”

In addition to employee concerns, Epic’s changes come after some of the electronic medical records company’s customers questioned its plans, and Dane County public health officials say they want more information about why it is necessary to return thousands of people to the office.

In screenshots from an internal customer forum, Epic UserWeb, obtained by the Cap Times, several Epic health care customers said they are disappointed the company has insisted that its employees return in person.

“As a member of the Madison community and someone who helps support an area health care system, I personally feel that this is an irresponsible and disappointing decision,” wrote one customer who works for UW Health. “This doesn’t just affect Epic; it may have implications for the whole community (and of course elsewhere if people are traveling.)”

“The argument that it is needed for collaboration and to preserve the culture makes no sense,” wrote one customer from Children’s Hospital Colorado. “I hope that Epic leadership will look at this thread as well as the other places that have customer comments regarding this decision and admit it was wrong and reverse course.”

A customer from Confluence Health in Washington state said there was “no difference” in support from Epic Technical Services staff during remote work and “many have worked incredibly long hours on our behalf to ensure we could meet the needs of our patients.”

Publicly, Epic’s three major customers in Madison have said nothing.

When asked if it supports Epic’s plans to return workers to its campus, UW Health, its largest customer in Dane County, declined to comment Friday. UnityPoint Meriter also declined, noting that its employees who are not involved in direct patient care will work remotely for the foreseeable future. SSM Health also did not provide comment after acknowledging the request.

Epic says it has taken significant steps to keep its staff safe, including spending $4.2 million to split offices so employees have single offices, according to a building permit for the project. It is also allowing employees to take part in meetings virtually from their offices and has upgraded its HVAC system.

More workers have returned to in-person work on campus and have felt comfortable, with nearly 4,200 present last week, according to the company email. In-person work is crucial at Epic, its leaders say, because it drives the culture and collaboration necessary for the company to create its medical records software.

“Over time, the number of you working at Epic has climbed steadily and organically as individuals have made plans that work for their circumstances,” wrote Epic CEO Judy Faulkner and two other senior leaders in an email. “This is largely because so many of you feel that you do your best work on campus where it is easiest to get a cross-pollination of ideas.”

Dane County has an order banning gatherings of 10 or more and directing companies to limit employees present in the office “to the greatest extent possible.” Epic hasn’t violated the part of the order limiting employees in the office, Dane County officials say, because its mandate for employees to return hasn’t fully taken effect yet, according to the Aug. 6 letter from Public Health Madison and Dane County. If the mandate takes effect in September, as was planned, county officials say, then the company could be violating the order.

Dozens of employees have balked at Epic’s rationale for compelling them to return and say the company has given them inconsistent and misleading information about its discussions with public health officials, previously indicating to employees that the county had approved of its plans.

Some employees said they were confused by Epic’s email Saturday because senior leaders had taken such a strong stance on the return date and said they had been working with public health officials all along.

“Apparently, despite the firm stance that the plan was to return was a) necessary, b) approved, and c) mandatory, it seems that none of those things are true?” said one employee, who requested anonymity for fear of reprisal.

Last week, employees confirmed that several managers had been demoted for speaking out against the return plans. Some say they continue to fear retaliation if they choose to remain at home.

“Why did Epic change this policy? Employees aren't comfortable calling HR to justify working from home, and Epic believes staff fear retaliation more than they fear COVID-19,” wrote one in an email to local health officials and the Cap Times.

“The fear of retribution seems prevalent,” said one employee who requested anonymity for fear of retaliation. She said she has heard from about 10 colleagues, many of whom say they may not notify Epic’s Human Resources out of fear they will be treated poorly.

Assurances from Epic that they are doing everything they can to make in-person work safe misses the point of their concerns, several employees said.

“They should be letting them work from home because this is what our health officials deem safest,” one employee said.

Last week, Epic backed off plans to require its employees in Rochester, Minnesota, to return to work in person at its office there working with the Mayo Clinic. The company made the move after state officials there found the company was violating its statewide orders, according to posts on the social media app Jodel, a community discussion app used frequently by Epic employees. The move was also confirmed by the Cap Times.

Epic’s Rochester office, which has about 20 people, is its only other established office outside of Verona in the United States. It also has about 500 employees working remotely around the country for Epic Boost, its consultant arm.

Unlike in Minnesota, Public Health Madison and Dane County has not yet stepped in with enforcement actions and instead is seeking additional information.

In the Aug. 6 letter to Epic, Public Health asked the company to explain “why having all of Epic’s staff return to the office is a necessity.” The letter notes that the agency received several complaints, some of which “warrant further investigation.”

The Dane County Board of Supervisors also requested more information from Public Health regarding Epic’s actions. In a letter to PHMDC Director Janel Heinrich on Aug. 7, 15 supervisors asked, among other things, how Epic’s actions would affect Dane County’s ability to flatten the curve on the COVID-19 virus.

Public Health’s request for more information follows a phone call with the company on July 28.

At that time, Public Health addressed complaints about bringing employees back to work. The letter states that Public Health notified Epic that information would be required showing that the company is “facilitating remote work to the greatest extent possible.”

During that call, Epic interpreted remote work as having employees come to the campus and work by themselves in their office. This is “incorrect,” according to the letter from Public Health officials, who said they want more information from Epic about the company’s plans.

Epic has until Friday to respond to Public Health.

The county executive’s announcement followed a decision by Epic Systems to delay timelines for in-person work after concerns from employees and questions from customers and Public Health Madison & Dane County.

The auditorium at Epic in Verona where staff meetings are held is shown during the company’s Users Group Meeting in 2016.

Epic Systems' massive training center, above, is where new workers get trained on the ins and outs of tasks from quality assurance to technical documentation.