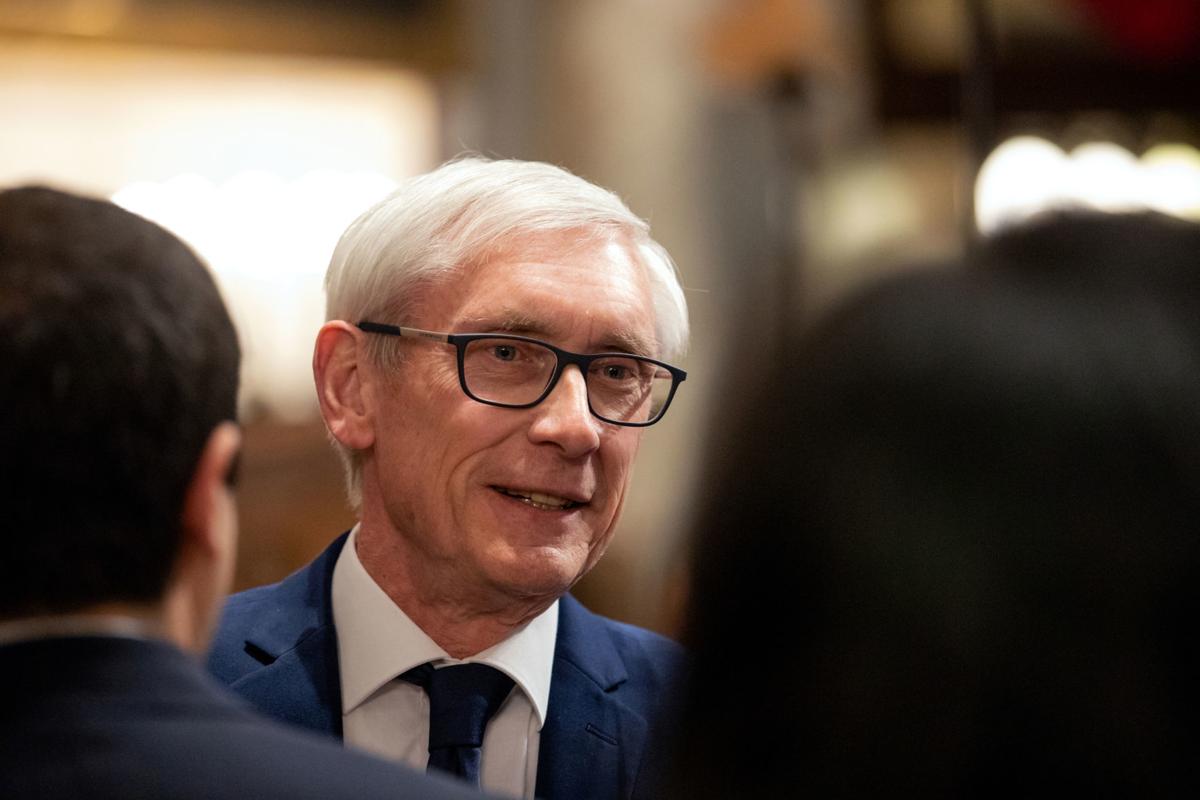 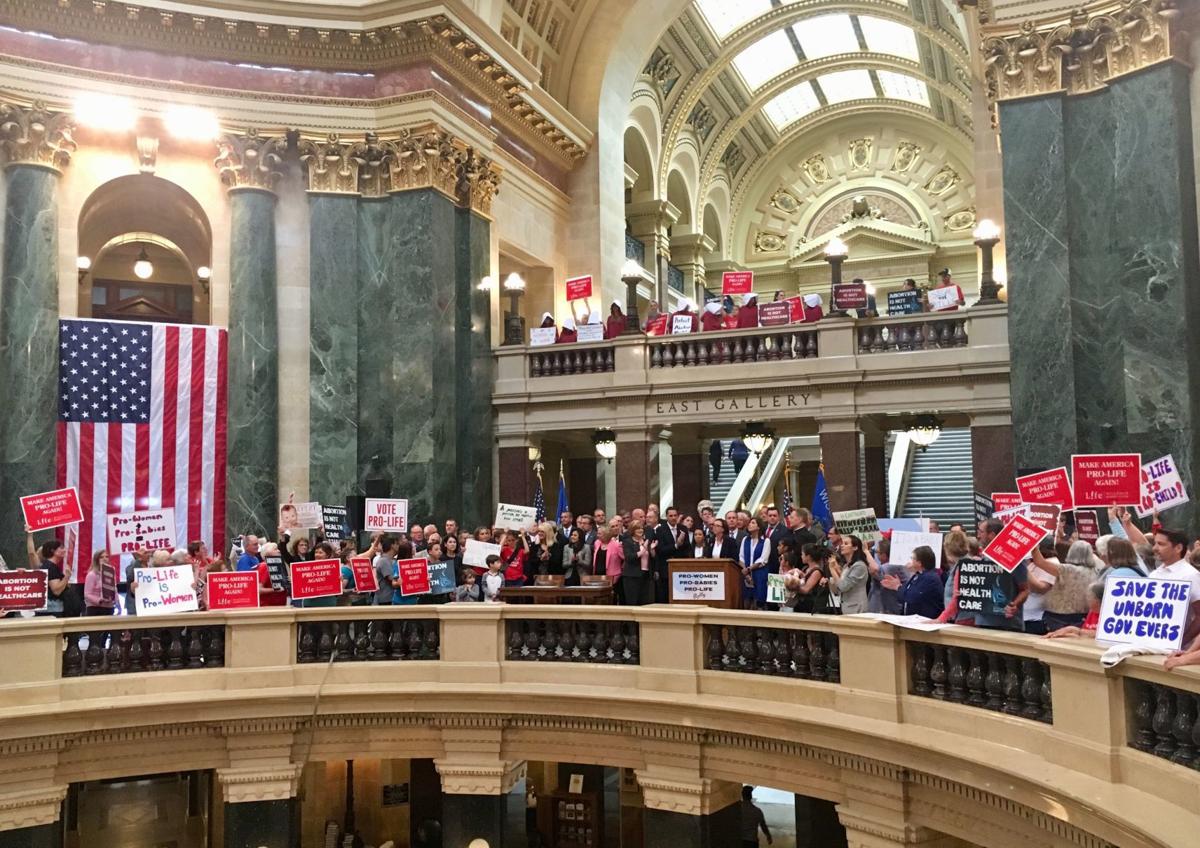 Anti-abortion advocates gathered at the state Capitol Thursday to urge Gov. Tony Evers to sign the bills. The rally, organized by Wisconsin Right to Life, also drew counter-protesters, who backed abortion rights, to the building.

Anti-abortion advocates gathered at the state Capitol Thursday to urge Gov. Tony Evers to sign the bills. The rally, organized by Wisconsin Right to Life, also drew counter-protesters, who backed abortion rights, to the building.

Gov. Tony Evers has vetoed a series of Republican-backed abortion bills, including one that would require care be administered to infants who survive the procedure.

Evers' rejection of the legislation Friday came as no surprise, as the governor had previously pledged to veto the bills, which cleared the Legislature in recent weeks.

In addition to the so-called "born alive" legislation, Evers also vetoed bills that would would bar Planned Parenthood from getting money under the Medical Assistance program; ban abortions on the basis of a fetus' race and other qualifiers; and require doctors to tell women considering taking an abortion-inducing drug the process could be reversed.

“Everyone should have access to quality, affordable health care, and that includes reproductive health care,” Evers said in a statement. “Politicians shouldn’t be in the business of interfering with decisions made between patients and their health care providers.”

His actions came after anti-abortion advocates rallied at the Capitol Thursday to urge him to sign the bills into law. Assembly Speaker Robin Vos, R-Rochester, and Senate President Roger Roth, R-Appleton, also held a public ceremony to sign the covers of the bills that afternoon.

The signing, usually done privately, happens after legislation passes both houses but before it gets to the governor’s desk.

Republican lawmakers Friday pledged to continue to "fight to protect the lives of the unborn."

“It’s appalling that the governor has decided to veto these common-sense reforms," Senate Majority Leader Scott Fitzgerald, R-Juneau, said in a statement. "These are bills that protect babies born alive after a failed abortion and outlaw abortions based on race, gender or a disability."

The bills aren't the first Evers has vetoed since taking office in January. He also rejected the Republican middle-income tax cut plan in February.

The chamber passed the four bills Wednesday over unanimous opposition from Democrats and, on one occasion, Republican Sen. Andre Jacque.