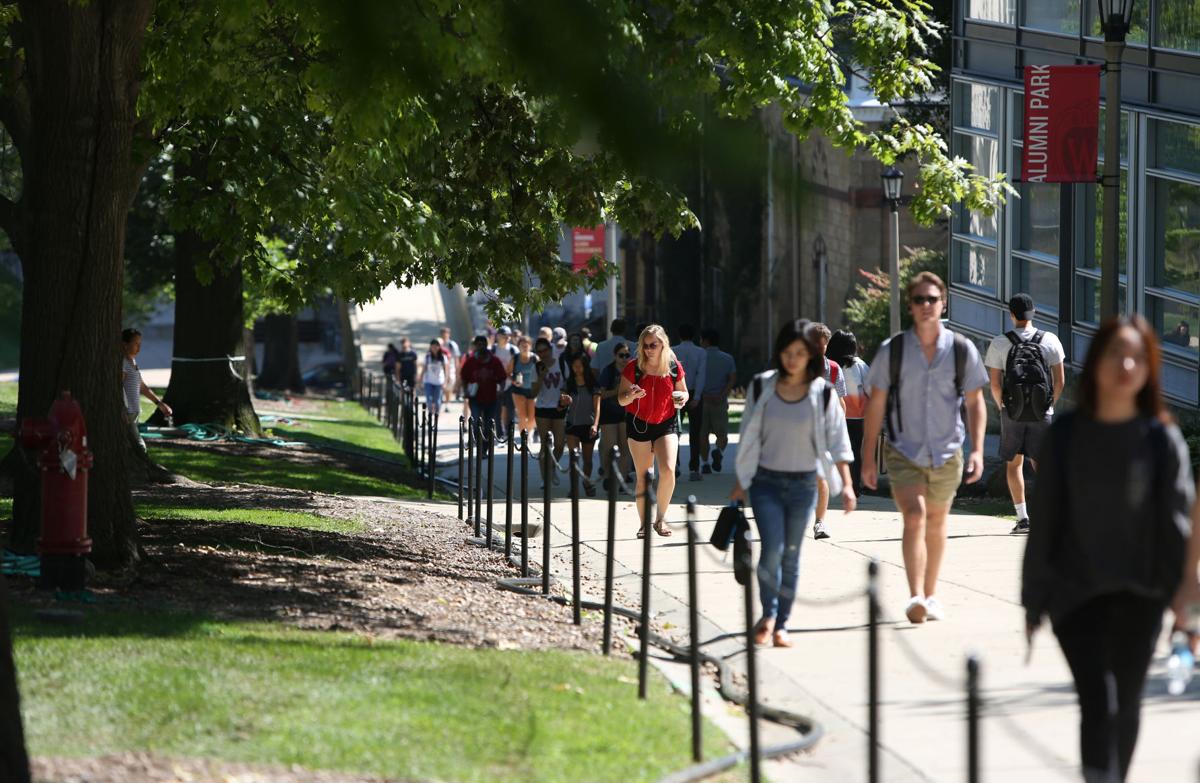 Student loan borrowers in Wisconsin could one day refinance their loans through a state-run authority under a provision in Gov. Tony Evers' 2019-21 budget proposal.

Democrats have been pushing the concept for years, but it has failed to earn the support of Republicans who control the Legislature. Evers will need Republican approval to implement the refinancing effort, along with the rest of his budget.

Lt. Gov. Mandela Barnes joined advocates for the proposal Monday at the state Capitol to call on lawmakers to support the plan, which requires the secretary of the state Department of Financial Institutions, the State Treasurer and the executive secretary of the Higher Educational Aids Board to study the possibility of developing a state-run student loan refinancing authority.

"There are $24 billion that stand between thousands of Wisconsinites and their ability to attain middle class — the middle class they were promised if thy were only to continue their education," Barnes said. "It's a real problem, and not just for people who have recently graduated from college. People who are into their retirement are still dealing with student loan debt, stuck and prohibited from making the decisions that would help them be more active participants in the economy."

"This is a real crisis," said Analiese Eicher, executive director of longtime refinancing advocate One Wisconsin Now. "This is not just for borrowers, but it's for their families, on affording homes, affording cars, affording retirement, affording a child's education in addition to all the other daily costs that folks have in their lives."

Wisconsin in 2017 had the sixth-highest percentage in the nation of graduates with student debt, at 64 percent, according to the Institute for College Access and Success. The average debt for someone with a bachelor's degree was about $29,000.

"How can young people get ahead if they can’t even keep up?" asked state treasurer Sarah Godlewski. "It’s time to come up with a pragmatic solution that works for everyone."

Democrats and Republicans agree the level of student loan debt is a problem, but they have differed sharply over how best to address it.

Some Republican lawmakers have said they think borrowers should be able to refinance their loans, but that the refinancing should be handled by private institutions rather than a state authority. They have emphasized efforts to keep tuition low to reduce debt for future graduates.

Under former Gov. Scott Walker, UW Credit Union announced in 2017 that it would expand its membership eligibility to include any current or former college students who currently live in Wisconsin. The credit union had already offered refinancing and consolidation to its members for about three years, but previously, membership was available only to past and current University of Wisconsin System students.

Walker's approach was a contrast with a bill Democratic lawmakers have repeatedly introduced, which would have created an authority charged with creating a system to buy federal and private loans and refinance them at lower rates. Under the Democratic bill, borrowers would also be able to deduct student loan payments from their income taxes.

At least 12 states currently operate student loan refinancing programs, according to the National Conference of State Legislatures. According to NCSL, every state offering such a program already had a student loan authority.

Godlewski said she has spoken with Rhode Island's state treasurer about the state's refinancing program, which was implemented without needing legislative approval. Rhode Island has paid for its program with taxable bonds.