A set of Republican bills tightening rules on absentee voting in Wisconsin is on its way to Democratic Gov. Tony Evers, who is expected to veto the measures.

Lawmakers in the GOP-led Assembly voted Tuesday on party lines to approve the bills, which would limit who can return an absentee ballot on behalf of a voter, bar election officials from filling in missing information on absentee ballot submissions, and require elderly and disabled voters to show a photo ID in order to vote absentee.

Advocates for the proposals say they're needed to implement more uniformity and transparency in election administration throughout the state, but opponents argue the bills would make it harder to vote, especially for people who already have difficulties with the process.

"The disability and aging community want to address barriers to voting and make elections more accessible, not less. These bills create more challenges for people with disabilities," said Beth Swedeen, executive director for the Wisconsin Board for People with Developmental Disabilities, in a statement. "Adding more administrative hurdles and penalties for voters or people trying to help voters is not fair or wise. For a truly representative government, the goal should be to make it easy for everyone to participate in elections."

The bills passed Tuesday would:

"The goal is to make sure at the end of the day that every single person has a chance to vote, but that we guarantee the confidence in the election, which has been severely undermined by the actions of a few over the course of the last election cycle — (which) hopefully are a thing of the past," Assembly Speaker Robin Vos, R-Rochester, told reporters before lawmakers voted to approve the bills, which all previously passed the Senate with GOP approval.

Democrats slammed the legislation as part of a broader effort to discredit or relitigate the 2020 presidential election. The bills were "built on conspiracy theories and lies," said Rep. Lisa Subeck, D-Madison. Rep. Mark Spreitzer, D-Beloit, described them as "extremely anti-voter" and "insidious."

"Voting should be simple, clear and easy. Our elections in Wisconsin are squeaky clean. We should not be adding hurdles that make it more burdensome to vote. That is exactly what these bills will do," said Rep. Gary Hebl, D-Sun Prairie. "We’re trying to present a solution to a problem that doesn’t exist, and that is wasted energy and an exercise in futility."

Rep. Jodi Emerson, D-Eau Claire, accused Republicans of trying to change the rules because they didn't like the outcome of the 2020 election. Rep. Rick Gundrum, R-Slinger, disagreed.

"Looking over this legislation, nowhere in the bill is there a provision that says Joe Biden is not president and that Donald Trump is. This legislation before us today is about uniformity and transparency in our election system," Gundrum said.

Vos told reporters he'll wait to see what the Arizona recount reveals, but he doesn't expect to employ a similar process in Wisconsin, noting that each state has its own election laws and practices.

"I think (replicating the Arizona audit) is unlikely at this point because we're already doing a forensic audit," he said.

In addition to the audit being conducted by the nonpartisan Legislative Audit Bureau, Vos has also hired three retired law enforcement officers to investigate aspects of the 2020 election.

Vos said he expects to have results from both examinations by fall.

Opponents of the bills passed Tuesday include AARP, Disability Rights Wisconsin, the cities of Madison and Milwaukee, the Greater Wisconsin Agency on Aging Resources and the Wisconsin Coalition of Independent Living Centers. Wisconsin Family Action and the Opportunity Solutions Project were registered in support of the bills.

A panel of three federal judges on Thursday denied a request by the Republican-led Wisconsin Legislature to dismiss a lawsuit that asks the federal court to redraw the state's electoral maps.

A Dane County judge on Friday dismissed a lawsuit from Attorney General Josh Kaul seeking to remove the head of the Wisconsin Natural Resources Board.

Wisconsin parents could opt their children out of educational programming "related to sexual orientation, gender, gender identity or gender expression" under a bill heard Thursday by the Assembly education committee.

The certification of the Electoral College’s votes in the 2020 presidential election started with a photo for Wisconsin’s U.S. Sen. Tammy Baldwin. Before entering the Senate chambers to engage in debate, the second-term senator snapped a photo of the crowd flowing toward the Capitol.

The country's division is something of a self-fulfilling prophesy, Packer warned, blaming political elites and the news media for stoking disunity to further their own goals.

Wisconsin Democrats on Wednesday introduced a proposal to eliminate an obscure state tax months after rejecting a similar — but slightly different — effort from Republicans several months ago.

Off the track: The future is unclear for Madison School District's Pathways program 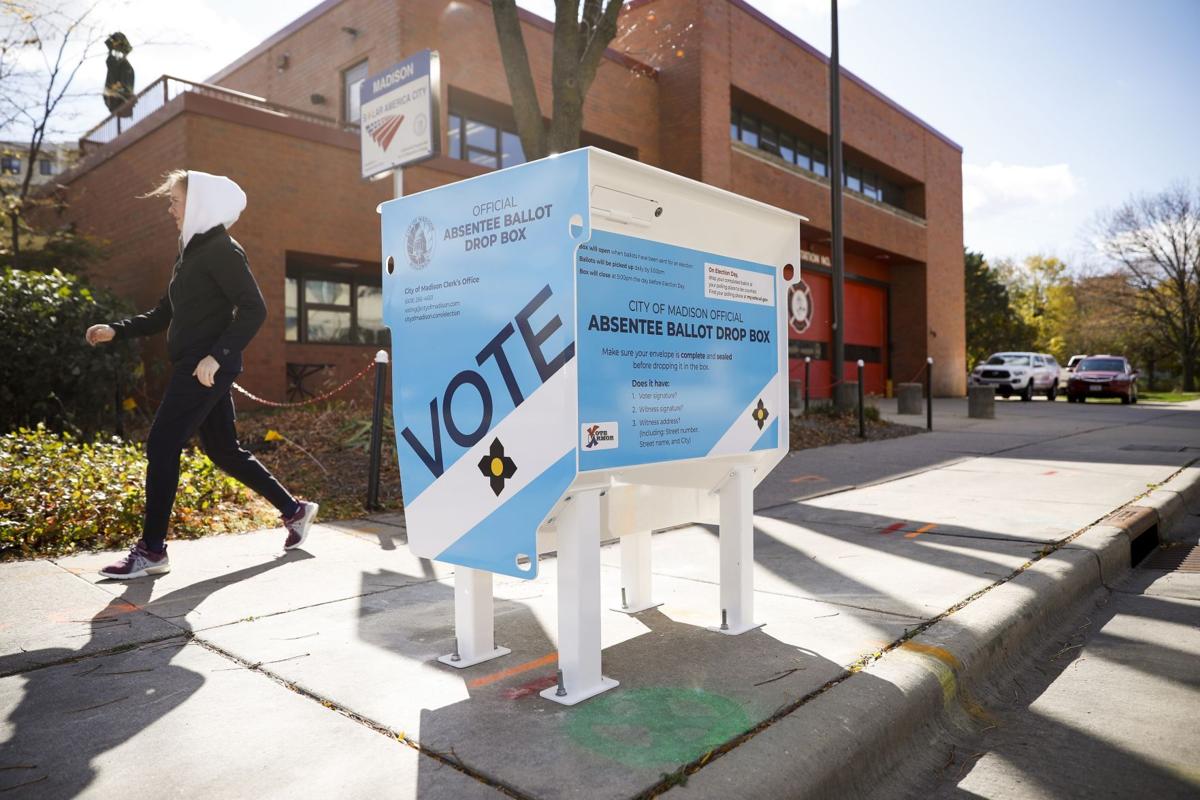 An official absentee ballot collection box is located outside of Madison Fire Department Station No. 4 on Monroe Street in March. 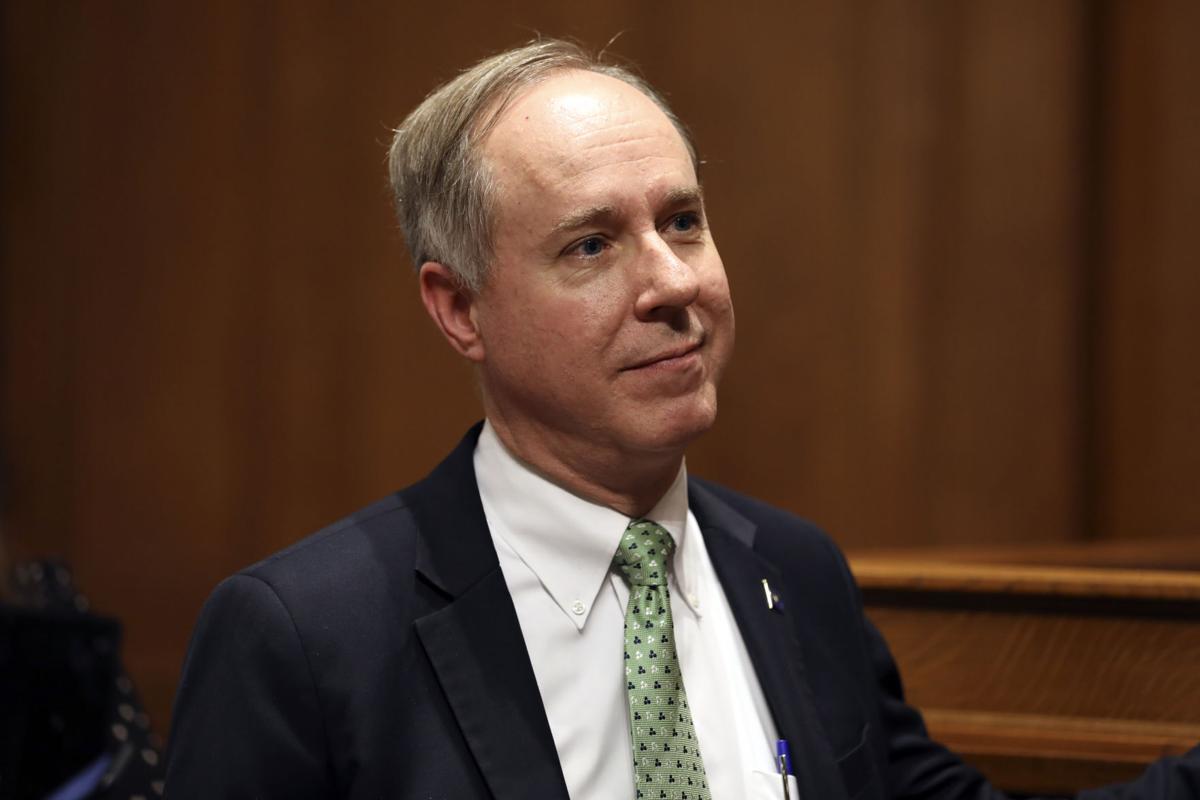