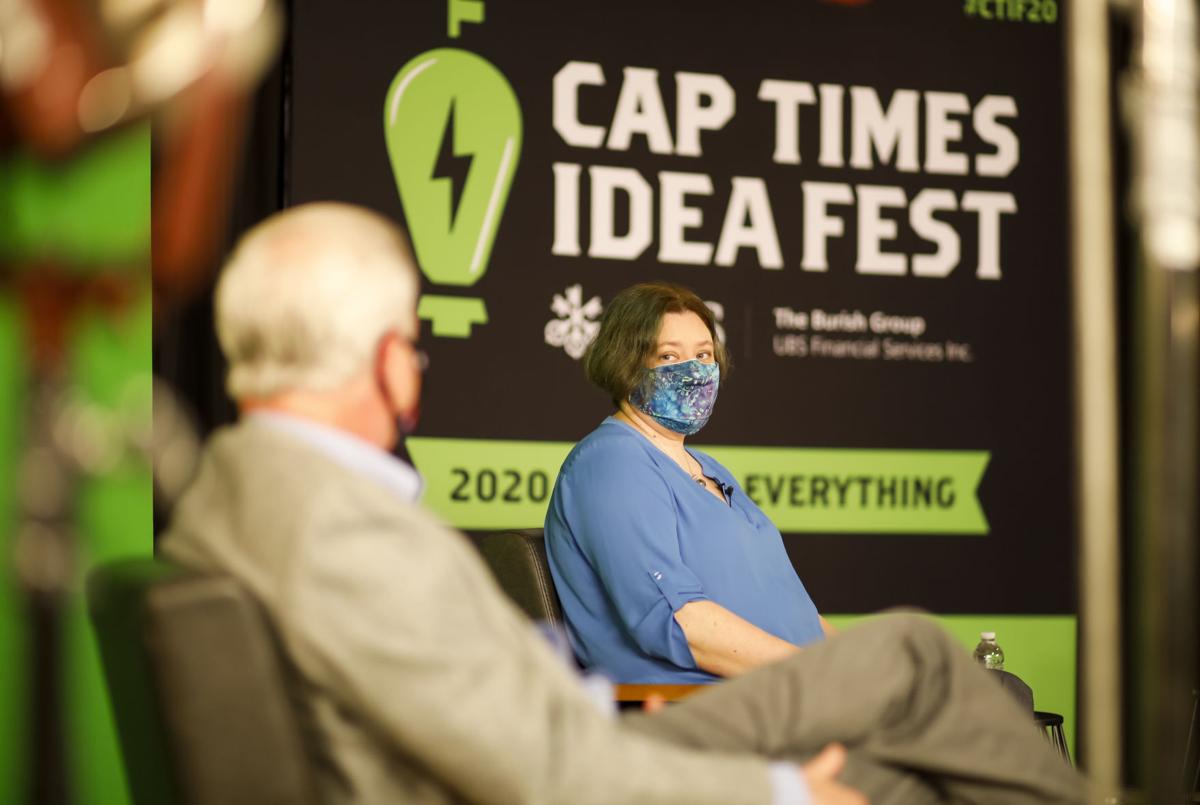 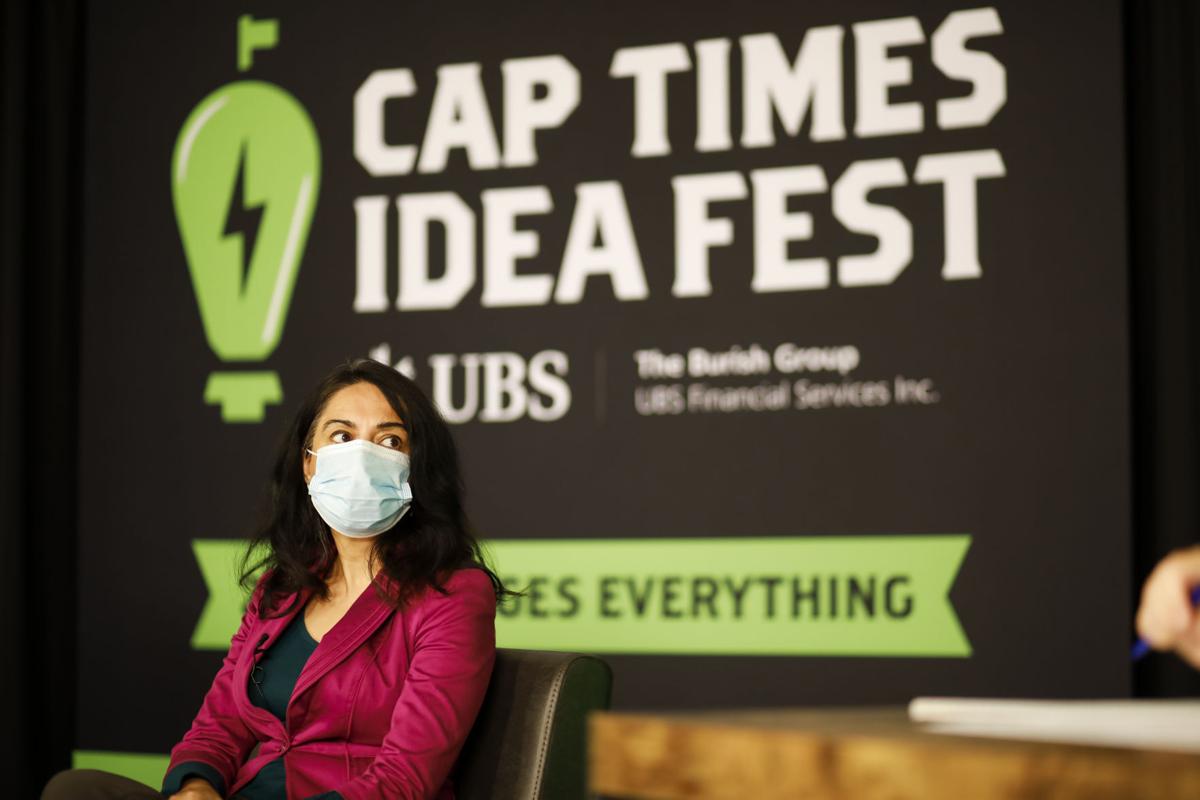 Let’s say Donald Trump’s right and we get a vaccine before Election Day. The pandemic will magically go away and we can get back to normal, right?

Well, not really. In fact, according to a panel of experts at the Cap Times Idea Fest, we’ll be masking and social distancing for some time to come. And when things get back to normal, it won’t be the same normal we’re used to.

"It’s not going to be like somebody switches a switch and all of a sudden everything’s back to normal,” said James Conway, medical director for immunization programs at UW Health. “I think it’s going to be a gradual process as we march through this.”

Conway was joined by UW-Madison epidemiologist Malia Jones and Nasia Safdar, medical director for infection control at UW Hospital and Clinics to discuss what happens after the approval of a COVID-19 vaccine. Cap Times reporter Abigail Becker moderated the discussion.

All three experts dispelled the notion that a vaccine will take us back to pre-COVID times. It will take some time, possibly years, to get enough people vaccinated to eradicate the virus.

“It’s going to be a long, drawn-out process probably going in concentric circles if individuals that need it, health care workers, susceptible, vulnerable older adults,” Safdar said. “So we’re looking at a considerable stretch of time between now and when the public will have first access and be able to get the vaccine.”

But even if the vaccine puts the brakes on COVID, the old normal isn’t likely to be the new normal.

“It may be the case that even in the presence of a vaccine you still wouldn’t want to pack conference rooms with people like we used to do before for medical conferences or shake hands,” Safdar said. “I think some of those behaviors are likely going to go away for the long term.”

There could be substantial public health benefits with building social distancing into business as usual. For instance, in Australia, where the flu season is ending, cases of the flu — which kills tens of thousands of Americans each year — hit record lows because of measures put in place to combat COVID.

“I think it would be a huge public health win if one of the outcomes of this is it’s no longer normative or acceptable to show up at work kind of sick,” said Jones. “Especially in the flu season.”

With billions of government dollars invested in developing an effective vaccine quickly, there will likely be a payoff. Within months, after clinical trials are completed, some vaccine candidates will probably hit the market. But Conway said the best hope is that they’ll be 60% or 70% effective, meaning that some people who get vaccinated will still get the disease.

“Ultimately, the best vaccine may be years out and take the more traditional timeline to be developed,” said Conway. “I think people should kind of look at this as phases.”

Then there are a significant number of people who will resist the vaccine, either because of skepticism of the fast-tracked approval process or because of a general anti-vaccine mindset. Polling in August showed that 35% of Americans would not be willing to get vaccinated against COVID-19, while many scientists say that 60% to 70% of the population needs to be immune to achieve “herd immunity,” the point at which the virus can’t find enough hosts to survive.

The pandemic, along with government mandated mask wearing, social distancing and stay-at-home orders, has become mired in politics, the most stark example being the Washington, D.C., outbreak that has infected dozens of Republicans and government officials, including Trump. The outbreak became public after the Idea Fest panel was recorded.

Trump’s subsequent downplaying of the pandemic, and his false claim that the flu is more deadly, has alarmed public health officials.

“There’s so many examples in history of prior vaccines where there’s clear differences between who’s leading the effort to convince the public,” said Safdar. “If it’s politics, it almost invariably fails, and if it’s scientists it usually goes reasonably well because there’s no hidden agendas people have to worry about. I think we know how to do that, the question is will it be done that way.”

Jones, who before the pandemic studied vaccine hesitancy, said there are hopeful signs that the public will be receptive to a vaccine, or are at least interested in the science of the pandemic. Her online project, Dear Pandemic, a collaborative effort by a dozen female scientists, aims to help people sift through the overwhelming amount of information and misinformation. It has gained tens of thousands of followers.

“We post twice a day,” she said. “And each one seems to get more reach than the last, so there’s definitely an appetite for it.”

Current clinical trials are including more groups not traditionally included in such studies — Conway said they typically lean toward healthy males between the ages of 18 and 45 — which will hopefully earn buy-in from those groups.

"Largely educated white populations have been the ones to sign up for those trials,” Conway said. “There hasn’t traditionally been a lot of outreach and a lot of effort to engage and involve a lot of these other populations. I think it’s unfortunate because it’s a continually cycling problem of distrust.”

But maybe the biggest obstacle will be overcoming the mixed messages coming from government, with Trump and others downplaying the danger of the pandemic.

“As we know some in leadership have been downplaying the hazard of this virus,” Safdar said. “And as long as the public perceives there’s no hazard, then why on earth would anybody be interested in taking a vaccine.”

UW-Madison to require masks this fall 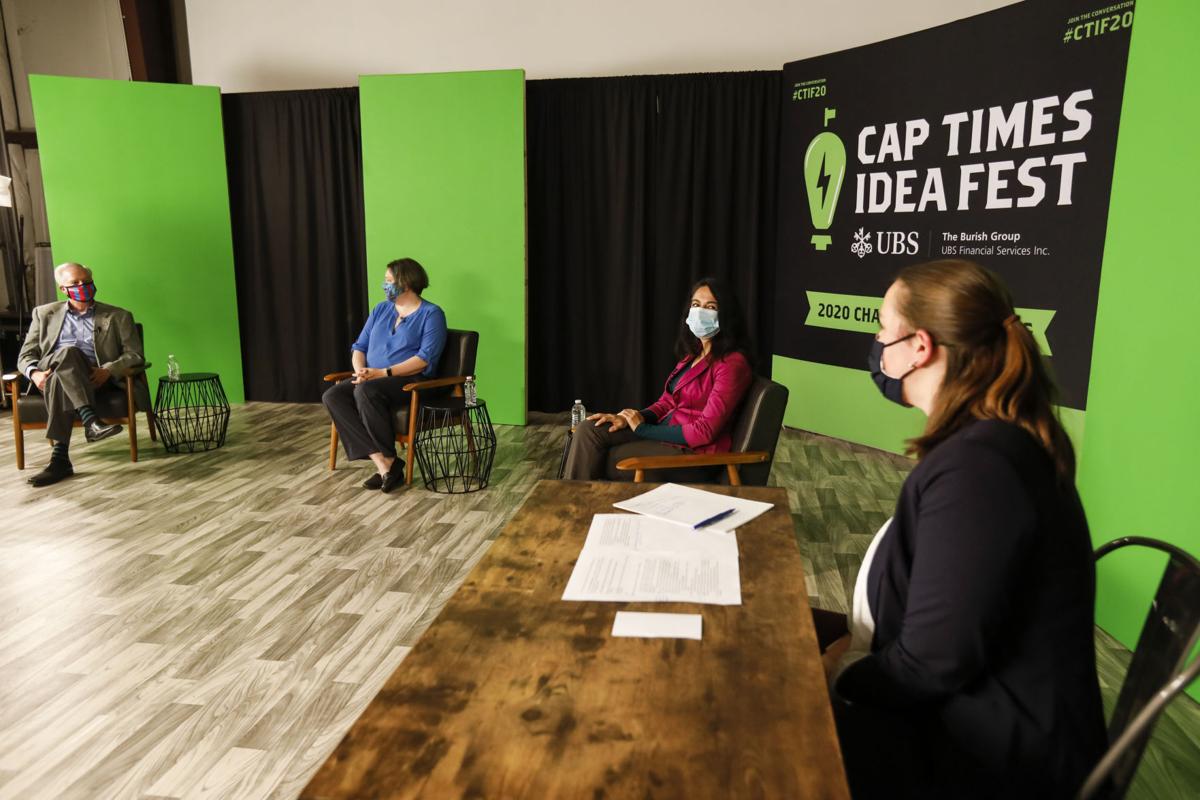