Calling Wisconsin “the poster child of gerrymandering in America,” former U.S. Attorney General Eric Holder urged voters to rally around candidates who support nonpartisan redistricting and demand district lines that are “constructed in a fair way.”

Holder, who kicked off this year’s Cap Times Idea Fest in an interview with opinion editor Jessie Opoien, has been leading Democrats in recent years in the push for an apolitical process for drawing maps through his National Democratic Redistricting Committee. With those efforts, he has also pursued lawsuits in Wisconsin and campaigned for liberal state Supreme Court candidates.

But now, his focus is largely on Nov. 3, when voters across the state will weigh in on more than 100 legislative races, contests that precede the next round of redistricting following the 2020 census.

In the coming weeks, Holder said protecting Democratic Gov. Tony Evers’ veto power — and his ability to reject “any partisan, bad maps that the Republican Legislature would send to him” — is key.

“We have to save Tony Evers’ veto ability just to make sure that he is a check on a Republican Legislature that has shown itself to be committed to the retention of power above everything else,” he said.

Assuming Republicans retain control of both chambers but don’t pick up the extra seats needed to gain veto-proof majorities, Holder noted the process of redrawing maps could go a couple of different ways: Evers and legislative leaders could negotiate over proposed district boundaries and reach an agreement, or they come to an impasse that would mean a court draws the new lines.

This time around, though, there’s another layer to the process: Evers’ “People’s Maps Commission,” which will produce, in Holder’s words, maps that “will be by any objective measure, fair.” That product, he said, could then be compared to whatever the Republican-led Legislature comes up with.

The body’s first public hearing, which Holder said he’d be attending, is scheduled for Oct. 1 from 5:30 to 8:30 p.m., the Department of Administration announced this week. The online meeting, focusing on Wisconsin’s 8th Congressional District covering the northeastern part of the state, is the first of at least eight the commission is hosting.

Evers earlier this month announced the nine members of the body, with individuals ranging from health care professionals to educators.

Wisconsin’s current maps were drawn after the 2010 Republican wave that brought complete GOP control to the state’s government through the election of former Gov. Scott Walker and legislative majorities in both chambers.

Holder also voiced his support for adding justices to the U.S. Supreme Court, as he slammed Republicans for seeking to go forward with replacing the late liberal Justice Ruth Bader Ginsburg with a nominee from President Donald Trump, a move that could come before the Nov. 3 election.

With voting already underway for the presidential contest, Holder argued “the time is too short” to put forward a new prospective justice, calling it “just an exercise of raw power.”

A new conservative justice would bump the court’s split from the 5-4 divide it was previously to 6-3.

Still, Holder said it would be “a legitimate use of power” for Democrats to consider expanding the court, an idea referred to as court packing, and pursuing other court-related overhauls should former Vice President Joe Biden get elected.

The move, he argued, would neutralize “a conservative majority that should not otherwise be there” and that would be put in place by circumventing “normal processes.”

GOP Senate Majority Leader Mitch McConnell has pledged to bring a vote on Trump’s selection to replace Ginsburg, a reversal from 2016 when the body declined to act on Merrick Garland, then-President Barack Obama’s nominee.

While Holder noted there may “be some initial reluctance” to the idea, he said people would “become comfortable with the familiar.”

“Given the stakes, what we know now and what we will see over the next 10, 20, 30 years, I don't think that we should be slaves to the familiar,” he said. “I think we want to make sure that we have a system that is constructed in a fair way.”

Holder has previously advocated for expanding the court.

Gov. Tony Evers Monday signed an executive order creating a nonpartisan redistricting panel, an effort he first announced in his State of the State speech.

As the state gears up for the next round of map-drawing, the issue will likely end up in the courts like it has during past instances of redistricting under a divided government.

Minnesota Democrat Ilhan Omar, calling President Donald Trump a "tyrant," said voters must not only unseat him come November but also work to elect officials down-ballot "that are going to be responsive."

Craig Mastantuono and Jeff Mandell: Barrett does not value survivors of abuse 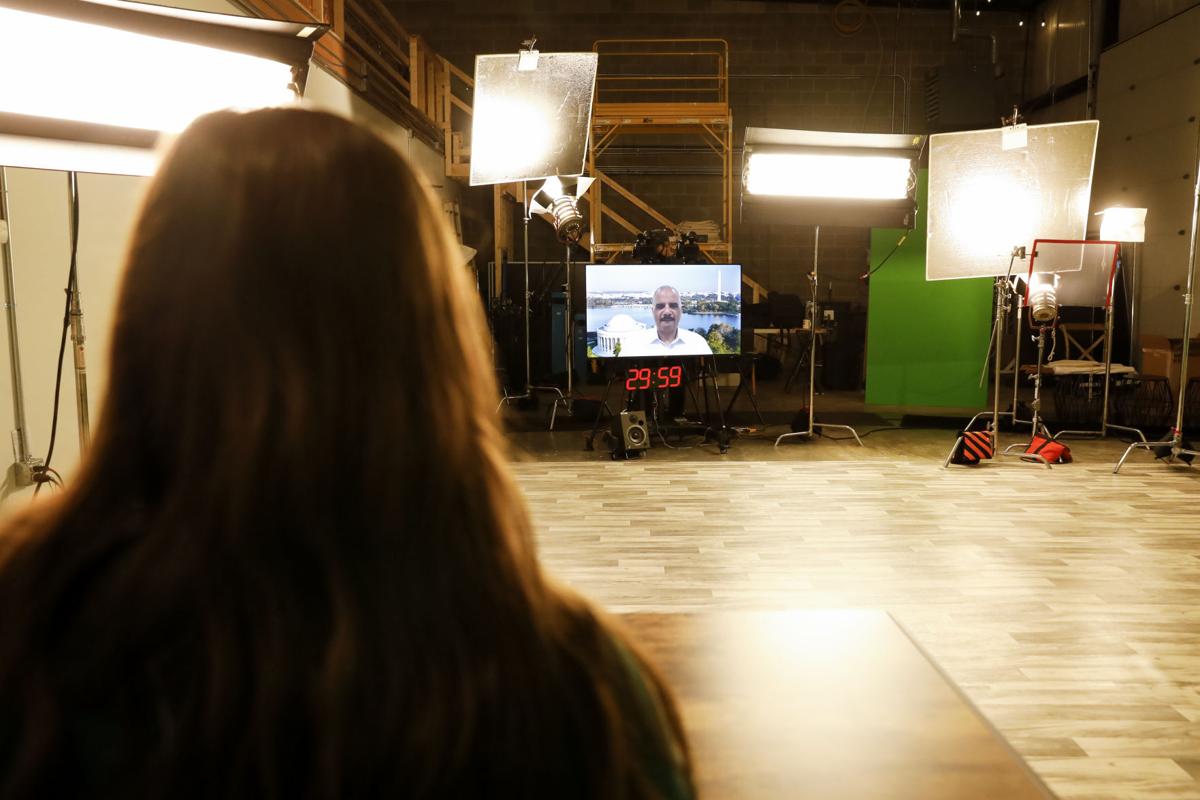 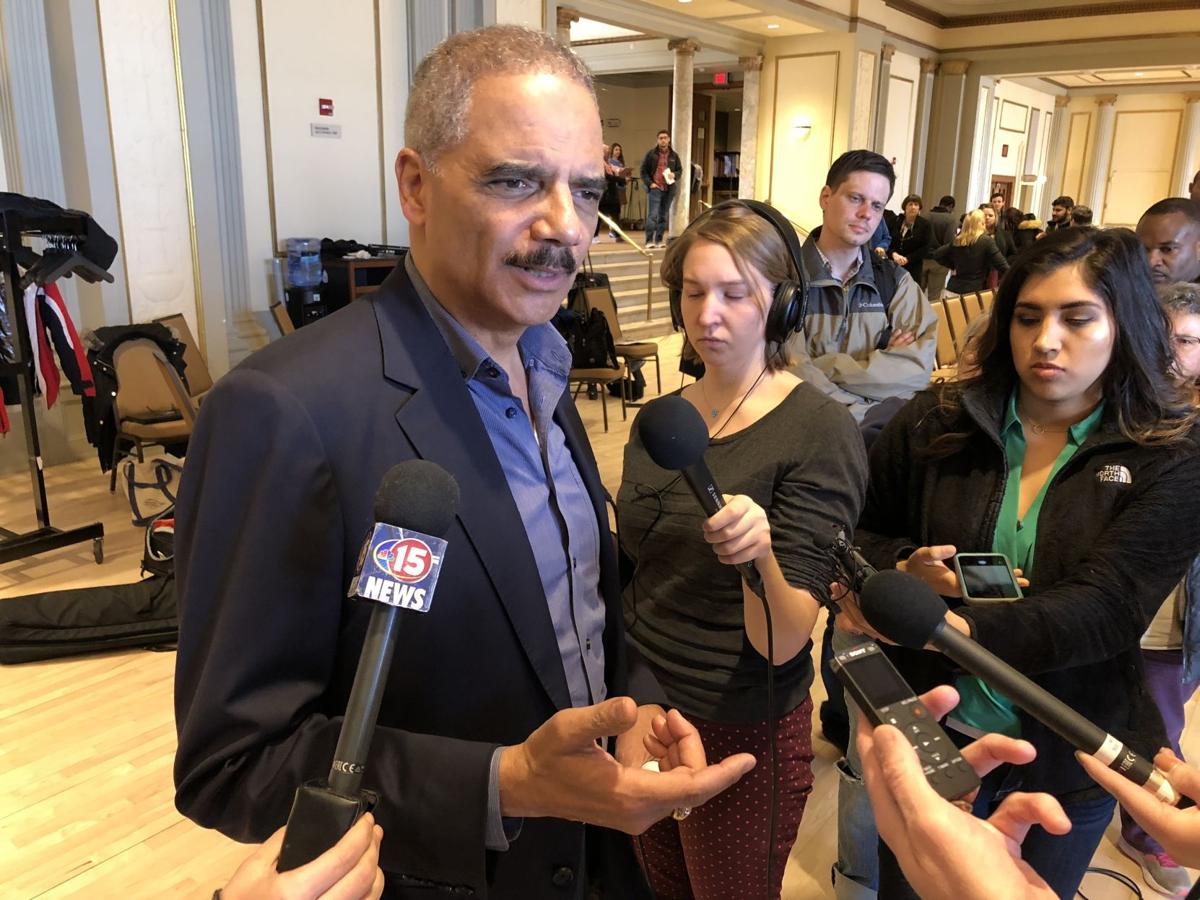