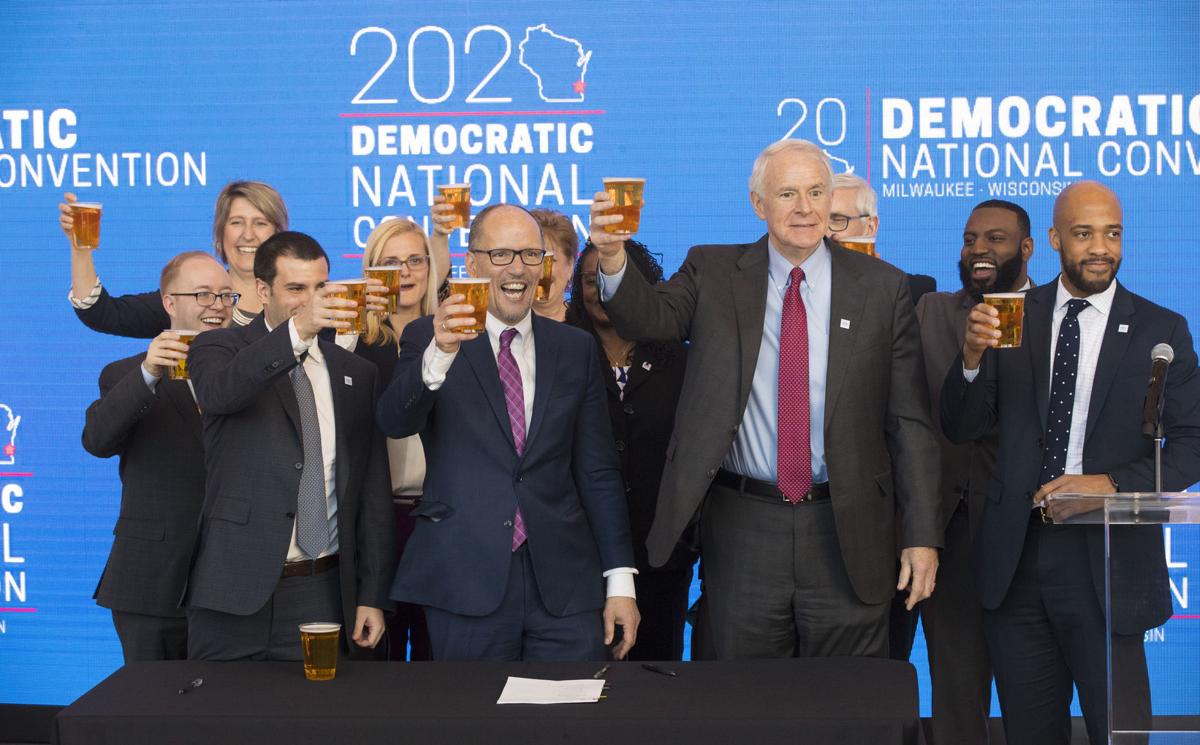 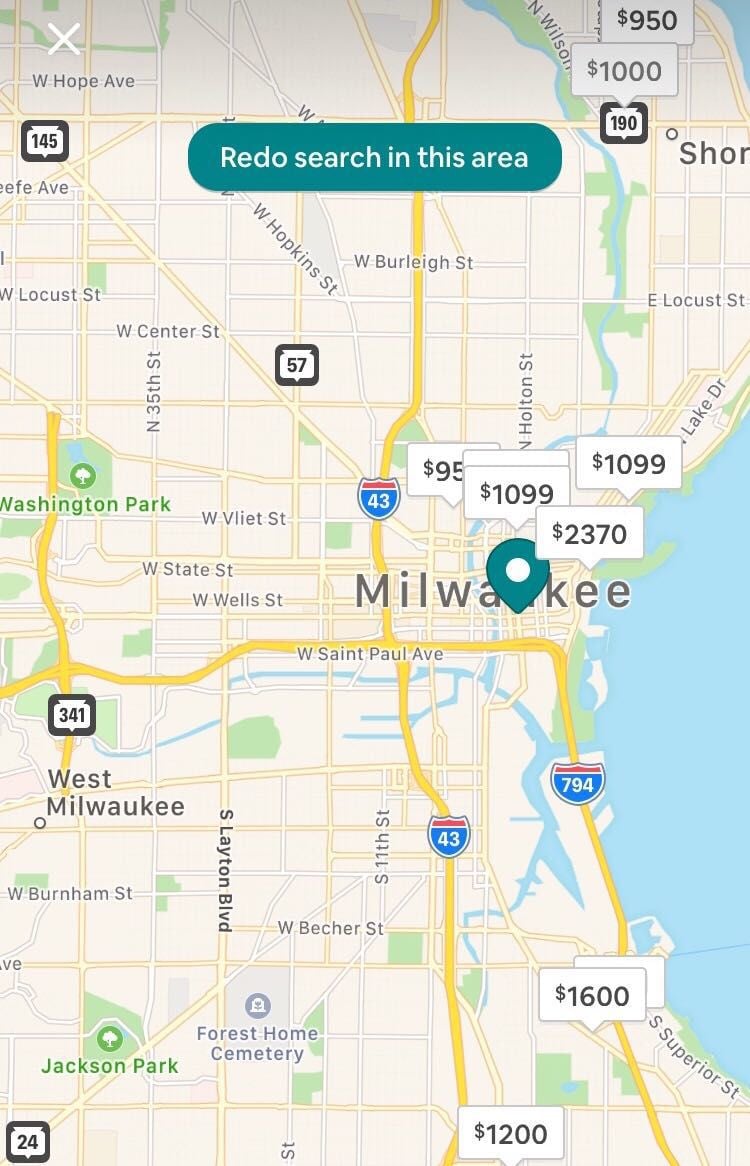 A number of Airbnb listings in Milwaukee are more than $1,000 per night for the upcoming DNC convention in July.

And between the DNC in Milwaukee next July and the Republican National Convention in Charlotte, North Carolina, next August, Airbnb officials said Tuesday they're committing to hosting more than 20,000 visitors, total, in the two locations.

The latest numbers come as Democratic leaders faced scrutiny over reports that showed nearly half of the delegations attending the Milwaukee convention are staying in Illinois hotels — and none will be rooming in Madison.

As hotel spaces continue to draw attention, Airbnb hosts in the state, and especially the Milwaukee area, have been looking to attract DNC guests. A number of high-end condos in the downtown area are being listed for more than $1,000 a night, according to checks of the app in recent weeks.

Many of those listings are billing themselves as "the place to be for the DNC!" including a more than 2,000-square-foot condo near Fiserv Forum that fits seven guests and is going for $2,370 per night, or more than $7,000 total for the four-day event, July 13-16. Other downtown spaces are going for more, including one calling itself: "DNC 2020!! BRADY ST!! PERFECT LOCATION!!" for up to eight guests at a cost of $4,000 a night, more than $13,000 total when including occupancy taxes and fees.

But it's not just downtown Milwaukee that's seeing DNC-focused, higher-cost listings. One house in Oak Creek, which fits up to eight guests, is being dubbed as the "suburban headquarters for DNC attendees" by its host, at a cost of $1,200 a night, more than $4,000 total including taxes and fees. The home is about a 20 minute drive from Fiserv Forum, according to its listing.

While the average nightly price is $915 in Milwaukee, per the Airbnb app, a spokesman said the more than 400 people who have already booked rooms there over the DNC paid an average of $200 per room, per booking, per night. He noted the company expects "supply to grow significantly over the next 10 months, which will open up many more options."

In 2016 during the DNC event in Philadelphia and the RNC in Cleveland, Airbnb officials said they saw around 7,600 guests total, while the 2012 conventions, had 260 guests hosted. Between the four events, hosts in those cities earned nearly $3 million, total, per Airbnb.

Airbnb also announced Tuesday that it is planning to educate new hosts with the help of Milwaukee and Charlotte officials, hold workshops "to provide insight and resources from local experts," host "trust and safety seminars" and more.

Spokesman Sam Randall said Airbnb has had "initial conversations" with both DNC and RNC organizers on coordination opportunities. He noted with big events like the conventions, there are many first-time hosts as the "supply (for rooms) grows quite a bit." Those new hosts, he said, find workshops on best practices helpful, and he noted Airbnb hosted a training ahead of Chicago music festival Lollapalooza earlier this summer.

The workshops, he said, are for hosts who have rooms booked and others who are interested and also feature commentary from seasoned hosts and internal Airbnb staff.

State Dem Party chair defends hosting of some DNC delegates in Illinois, says Wisconsin 'will be brimming with visitors'

Twenty-six of the 57 delegations attending the 2020 Democratic National Convention in Milwaukee are staying in northern Illinois, the Milwaukee Journal Sentinel reported this week.