Despite being the first state to ratify the 19th Amendment giving women the right to vote in 1919, Wisconsin lags behind other states in gender parity in government. Women make up just 27 percent of the Legislature and the state is one of 20 that has not had a female governor.

In a webinar Thursday afternoon, Republican former Lt. Gov. Rebecca Kleefisch skirted questions about whether she will enter the 2022 gubernatorial race, but said that Wisconsin will have a female governor soon.

Kleefisch joined Erin Forrest, executive director of Emerge Wisconsin, which helps train female Democratic candidates to run for office, in a discussion of women’s evolving role in politics ahead of this year’s 100th anniversary of women’s suffrage. Jeff Mayers, president of WisPolitics.com, moderated the virtual discussion, which centered on the process of recruiting and training female candidates to run for office.

Forrest attributed some of the disparity to internal barriers, saying that women often feel there are more qualified people to run for office.

“There are just differences in how we’re socialized, and overcoming some of that is really important,” she said.

She added that individuals have a deep-seated problem with women in leadership positions.

“We’re not where we need to be with women in executive office,” she said. “I don’t know how we fix it until we start talking about it differently than we have been.”

Kleefisch agreed, saying “talking is great, but I think action is even better. Recruiting women across the state of Wisconsin to build the talent pipeline is absolutely essential to the future.”

Forrest and Kleefisch said that women are underrepresented in both Democratic and Republican parties, and said having more women in office would ease contention between the parties in Wisconsin.

“For women in general, I think there is sometimes a default for a collaborative mindset… where you don’t necessarily compromise your values but you work to assure that everyone is satisfied with an outcome,” Kleefisch said. “I think if we did have more women at the table, we would get there faster.”

Forrest added that women tend to be more efficient at decision-making.

“When it comes to health care, education and family policy, women get more stuff done because more of those responsibilities continue to fall to us,” Forrest said.

Aside from gender inequality within government as a whole, there is also disparity between the Democratic and Republican parties, with the former having a higher number of women in office. Kleefisch said her goal is to change this, referencing national organizations such as Maggie’s List, the Susan B. Anthony List and Right Women Right Now, which are committed to making sure the number of GOP women in office continues to grow.

“We want a diverse group of women serving, and if they all come from one political party, that’s not the diverse ideology that we’re looking for,” she said.

Another barrier women face, according to Kleefisch, is feeling conflicted about their responsibility to their children and families. She said she urges women to focus on the opportunity to build a more positive future.

“The more women we have serving in public office, the more trails we blaze and the more opportunities we have to tamp down the grass for the girls and women who come behind us,” she said.

Kleefisch added that candidates in Wisconsin today experience a different and much more flexible political climate compared to 10 or 20 years ago. “As I’ve been talking to women to recruit them to run for political office this time around, that’s something I can honestly say I’ve seen and experienced with my own eyes,” Kleefisch said.

On the Democratic side, Forrest promoted Emerge Wisconsin, as well as Emily’s List, which helps fund pro-choice women running for office.

“Right now, women are voting for and running as Democrats in much higher numbers than Republicans,” Forrest said.

She noted the upcoming national centennial commemoration of the 19th Amendment, which she said provides an opportunity to reflect on women the law overlooked. She noted specifically Native American women, who without citizenship were unable to vote in all 50 states until 1962, and African Americans, who she noted were and still are subject to voter suppression.

Masks can help prevent the spread of asymptomatic COVID-19, which has been rising, officials said.

A search team found the body of a missing 10-year-old Baraboo girl at 11 a.m. Tuesday.

Some masks better than others in preventing COVID-19, UW video shows

“It’s clear that alcohol and coronavirus do not mix," said Madison Mayor Satya Rhodes-Conway, who added that the average age for coronavirus cases in Dane County is now 23.

Dr. Dipesh Navsaria: I won’t apologize if a child interrupts this column 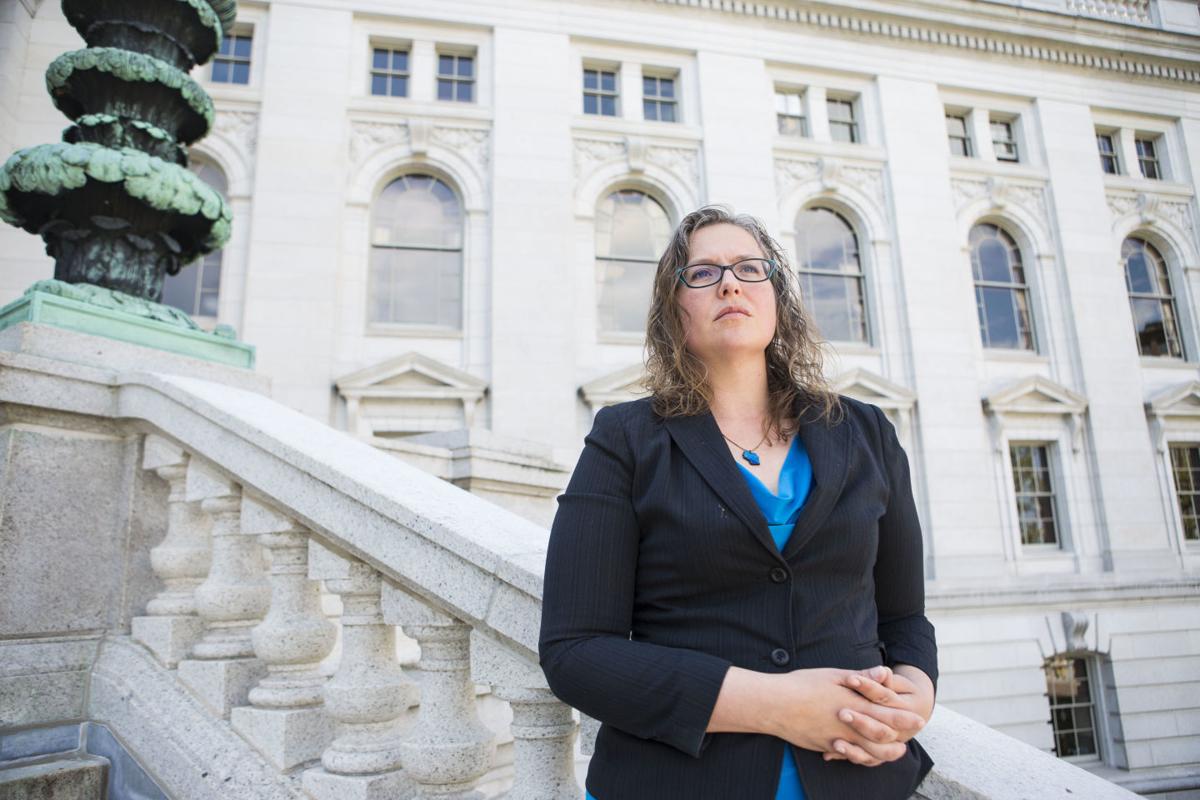 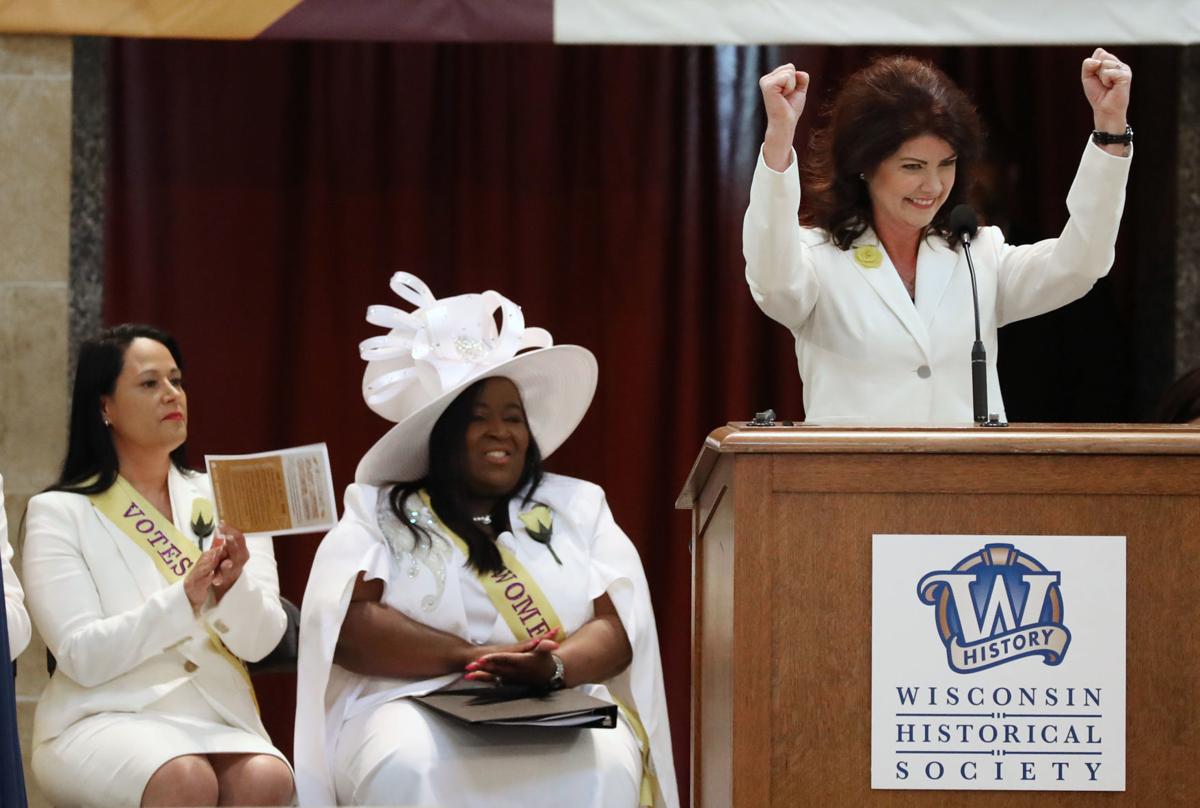 Rebecca Kleefisch speaks to a crowd during the Women's Suffrage Centennial Celebration at the Wisconsin State Capitol on June 10, 2019.