To most fairly assess a semester that has been far from normal, professors at the University of Wisconsin-Madison are taking liberties with final exams and projects.

Approaching the standard finals week, which runs from May 3 through May 8, many instructors have eased grading requirements or time constraints. They have become more accepting of peer collaboration or open-note exams and may even extend these accommodations into future semesters. Some worry about opportunities to cheat, but not too much — mostly, they trust their students and want them to learn, not stress.

Genetics 564 is a capstone course in genomics, but professor Ahna Skop also calls it a lesson in collaboration and communicating science, two goals that have been challenged since UW-Madison transitioned all spring coursework online in March. Before the pandemic, her 16 students would gather in pairs each Tuesday to present scientific papers, sometimes getting up and switching seats to review their classmates’ work. Thursdays are lab days, which Skop said have frequently run long with the disruptions associated with video calls.

Skop, who has dyslexia and relies heavily on non-verbal cues for assessment, paid for video software to use with her class. Though the final project she assigned remained the same — creating a website with a written grant and visually presenting it to the class — her students have realized in the process that “talking for 15 minutes by Zoom is so exhausting.”

In this way, Mario Bertogliat, a senior, said the final “almost provided a new toolset of doing presentations and live chats.” Another student, Sheida Pourdashti, said it was more difficult than expected.

“I realized that I rely on the immediate feedback I get from the audience in the room and that relieves some of the stress of public speaking,” said Pourdashti, a senior, in an email. “You don’t get that, however, when you’re just sitting in your room and are essentially talking to a computer screen.”

Still, Skop said her class has done a great job adapting. The virtual setting pushed students to become more resilient and engage more frequently — both with each other and with her, who spends hours at a time holding virtual office hours outside class. Skop also offered additional extra credit for infographics about COVID-19, which Pourdashti said was a “way to destress” from the anxiety of a constant news cycle.

Online learning has emphasized even more instructors’ desires for students to “focus the most on learning the material and not the grade they are going to earn,” said biomedical engineering professor Kristyn Masters.

After considering the stress of a timed, online assessment, she transitioned her second exam to a take-home, open-note format. Masters’ test questions are not the type you can easily search for on the internet anyway, usually putting students in the hypothetical shoes of a lab researcher who has made a mistake or needs to create a polymer.

Masters also implemented a COVID-adjusted grading system. Though she still provided real grades and feedback, she ultimately judged students based on effort.

“I think the fear of a lot of professors would be that they’re just going to put in no effort and call it a day. And they haven’t,” Masters said. “They’re turning in wonderfully thoughtful homework assignments … They’ve been turning in the optional problem sets to get my feedback on my answers. They’re doing fabulously.”

Journalism professor Katy Culver, who is teaching Law of Mass Communication, also saw even better participation and attendance than usual: “The students were turning out in droves.”

Culver did away with the class presentation aspect of her final project altogether, which involves creating a website summarizing issues about rights and responsibilities. Of the class’ four exams, two took place after UW-Madison suspended in-person classes but with the same format. Culver has never relied on traditional blue book exams — instead, students have five days for a take-home exam on which they can collaborate.

“Law is so complex, and I want them to actually be challenged in applying these things instead of memorizing them,” Culver said.

The reality of imperfect testing

Alternatively, psychology professor Christopher Coe’s Primates and Us class has long depended on memorization. Despite technological evolution from transparencies to slides to video, Coe has maintained a similar class structure for 35 years, with three topic sections and corresponding multiple-choice Scantron exams.

The last was planned for 8 a.m. Monday. Coe usually asks about 135 questions, with a mixture of multiple choice, true-false or matching primates to world maps. In lieu of the last two exams, however, Coe opted for 17 smaller, ten-question quizzes — one for each class session to review the lecture and corresponding readings.

“The test was really, in many ways, now more an open-book exam, a practicum,” Coe said. “When I do a cumulative exam that’s based on six weeks of lectures, it’s really a test of one’s ability to (do) large-scale, rote memorization of facts, whereas with this, the feedback is much quicker.”

In the spirit of a normal finals week, students have until 10 a.m. Monday to complete the quizzes.

The math department also became more flexible with time to accommodate students who might be in different time zones. Given a traditional, two-hour final exam, department chair Tonghai Yang said best practice would be to give a longer period — such as 24 to 48 hours — for students to take it at their best convenience.

“It’s important to be fair, but also we don’t want to put too much pressure on the students,” Yang said. “The final is always stressful for students,” who mostly just “want to be honest and test their own abilities.”

Even after conversations with department chairs at other Big Ten schools, Yang said they were “not too successful” finding ways to proctor and administer large-scale exams. Virtual proctoring software — such as Examity, which students nationally have criticized as “intrusive” and “uncomfortable” — were ineffective, especially for larger classes.

UW-Madison offers proctoring software that faculty have the option to use, university spokeswoman Meredith McGlone said in an email.

“Many of our instructors have already had experience with online learning and using effective instructional design to deter cheating,” McGlone said. “We’ve been providing additional resources and support to all of our instructors to help them reduce the risk of cheating on exams and other assessments.

Professors have had little choice but to accept the reality of imperfect testing. Coe took steps to prevent cheating, such as scrambling quiz questions, but ultimately, he “accepted the very real possibility that some students might have worked together.”

Even more, “if by working with a friend or fellow student, they actually did some team learning but got to the right end point anyway, maybe that might not be so bad after all,” Coe said. “I convinced myself, right or wrong, that this was an alternative or reasonable way to learn, even if it was sort of like a group project.”

It remains uncertain whether in-person classes will resume in the fall, but the lessons gleaned this semester will remain valuable for instructors moving forward. Yang said the department will continue exploring software options, or breaking up larger courses into small sections with unique problem sets. Masters is willing to consider open-note exams moving forward, and Coe said he may continue implementing the online quizzes as a teaching tool.

But, as the school year comes to a close, the greatest value lost has not been in assessment, but in personal interaction. Masters was sad to be unable to offer her usual end-of-semester class, where graduate and undergraduate students share academic aspirations or career advice. She also sent out postcards with science jokes, in hopes of preserving a sense of “connection to the course.”

Last Wednesday, Culver cried during her last class, wishing she could say goodbye to her students in person.

“I get pretty emotional when I teach. I really enjoy my time with my students,” Culver said. “But at the end of yesterday’s lecture I was more emotional than I think I’ve ever been … I have so much admiration for the courage that they brought to this.”

Highs broke into the 70s over the weekend, but won’t break out of the 50s this week, according to forecasters.

‘You give us hope’: Latino Academy celebrates virtually

Mayor asks agencies to ‘focus on the essentials’ in budget 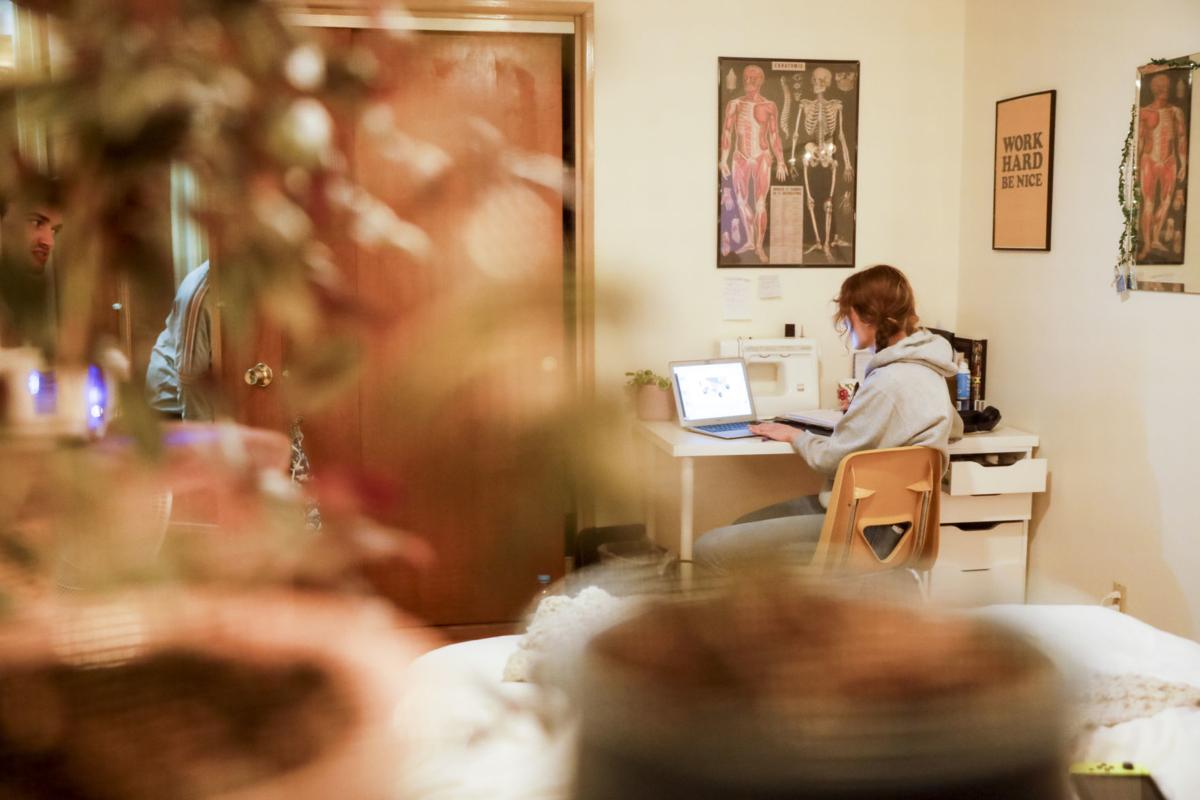 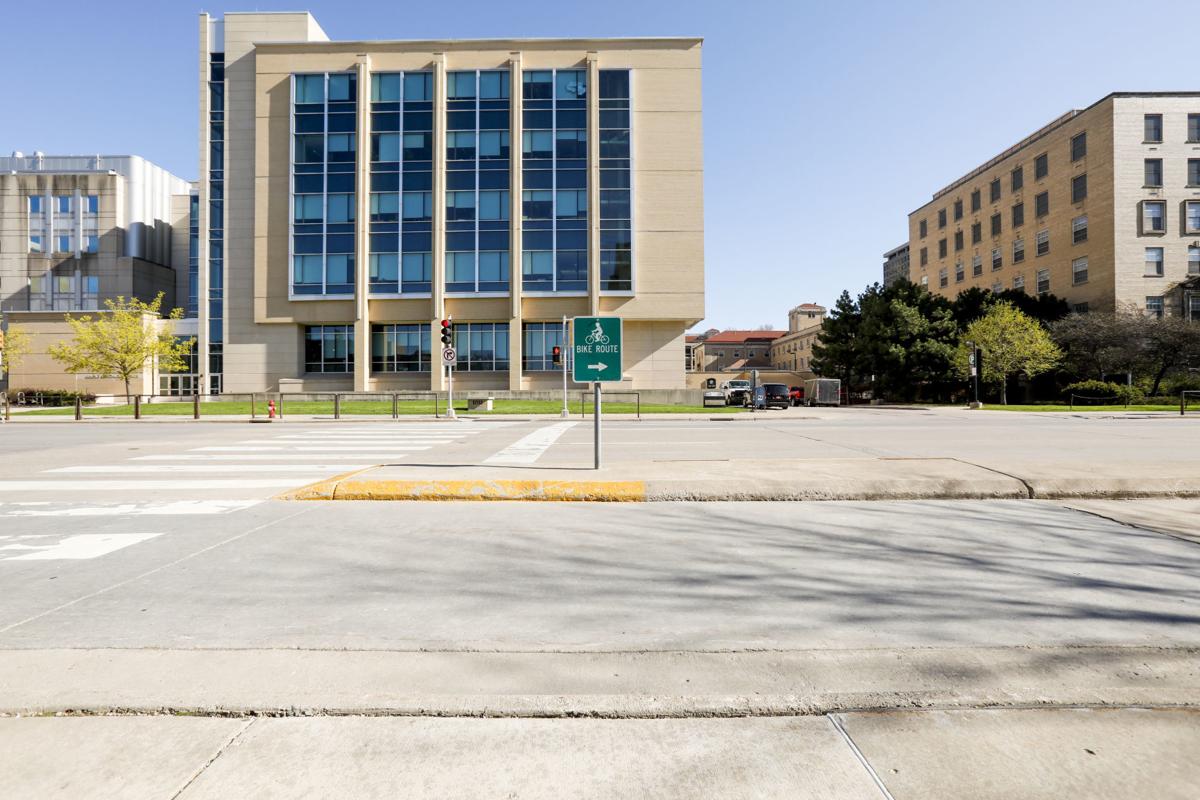 Campus has been sparsely populated and lacking its usual level of activity since courses went online in March.