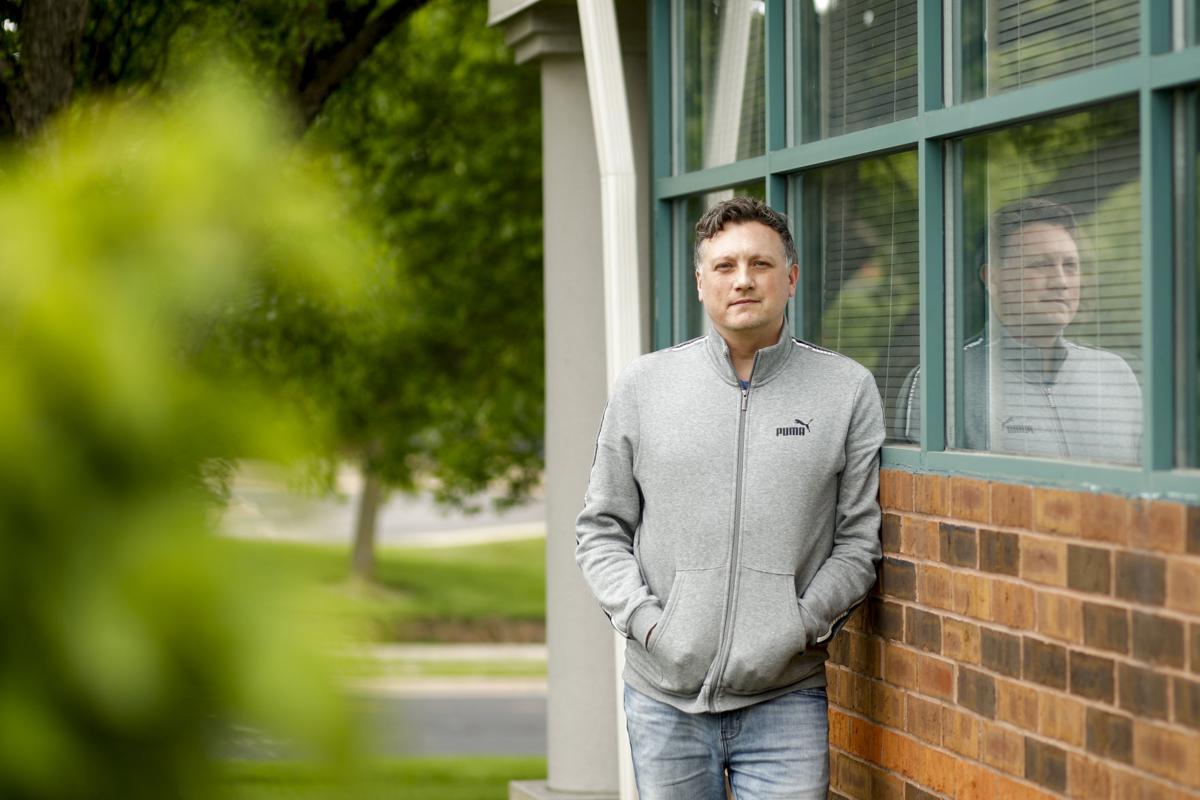 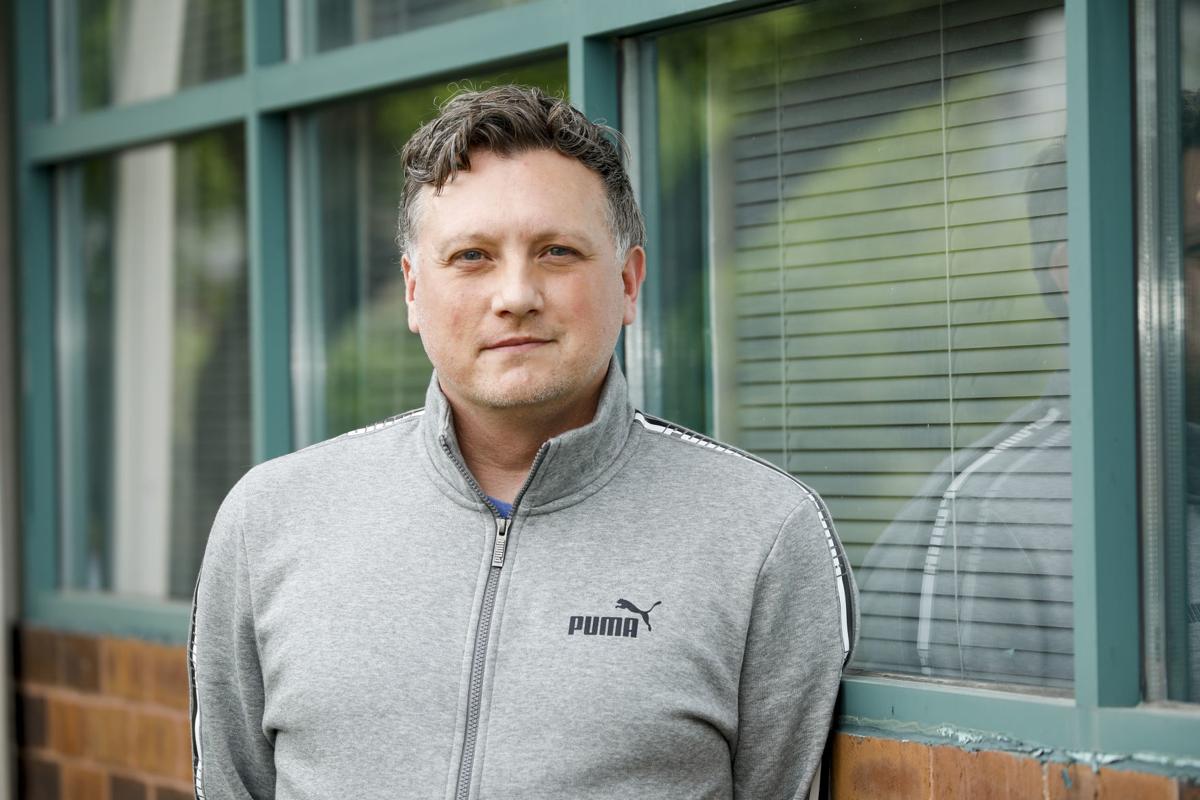 When the University of Wisconsin-Madison essentially shut down all in-person activities in March, virus researchers were some of the few people allowed to fully continue work on campus. Many had already been studying SARS-CoV-2, the virus that causes COVID-19, for weeks, even months, before the pandemic spread domestically in the United States.

Last week, researchers at UW-Madison's Influenza Research Institute published a study that found cats can contract and transmit SARS-CoV-2 to one another. One senior scientist in the lab is Peter Halfmann, who said the findings can have important implications for both pet owners and animal care providers. In recent months, Halfmann has been expanding the group’s research and writing grants and manuscripts regarding COVID-19.

Virus researchers have been some of the few people allowed to work on campus since the COVID-19 pandemic began. Are you a lot busier now than you were before?

Yeah. I’ve been here for 20 years — 100% in the lab back in the day, which kind of trickled into being 100% back in the office. But since the pandemic started, since we started hearing about this in December, that has definitely changed. I’m now down in our lab more than I should be.

Early in March, I spoke with Thomas Friedrich, another researcher who at the time was tackling a lot of the bigger-picture questions about COVID-19. How have the questions you’re asking in the lab evolved over time?

We were trying to get a lot of the big, conceptual questions down first. It’s not a new virus in general, (but) it’s kind of a new virus to us. We’re usually working with influenza viruses, so we had to get our feet wet: What cell lines does this virus grow in? What animal models can be used? That was our stepping stone. Once we got the basics down, we started focusing more on transmission, which we published with the cat transmission experiment.

We also now have pushed into fine-tuning the research looking at comorbidities. Why are people that have diabetes or heart disease more prone to succumb to infection or have a worse infection?

Friedrich also really emphasized the importance of working with other universities or government institutions to keep the work as effective as possible without wasting time or duplicating research. What has your approach been like to prevent inefficient or costly research?

Yeah, we’re on the phone a lot. Even in a big lab like ours, we can’t do everything. We don’t know everything, either. We’re virologists. We know how to work with the virus, but we don’t necessarily know what goes into making an effective therapeutic or something like that. So we have a lot of collaborations where people are contacting or asking us, “Hey, can you try this for us? I can send you the materials.” It’s a lot of collaborative work going on right now, because we can’t come up with all the ideas and get us to the point we need to test. We rely on a lot of people to send us their ideas, talk to them every other day and let them know how things are or aren’t working out.

Why did your most recent study look at cats specifically, instead of any other specimen?

There was a cat owner in Belgium whose cat got sick. It was maybe the first case where we heard that it was being transmitted from human to cat. Then we heard about two cat owners in New York state. And then the Bronx Zoo, where there were five tigers and three lions that got infected by a zookeeper, which I think was the most remarkable thing —  because you’d think the distancing between a zookeeper and a feline would be kind of great, but somehow they got infected.

Being part of the vet school and knowing there’s a lot of pet shelters around here, we wanted to know what the transmission kinetic would be like from cat to cat and start putting a piece of the puzzle together for the potential transmission changes that are going on.

The study confirmed that cats can contract the virus, but there was no evidence that they could transmit it to human beings. Is that accurate?

We can’t say definitively that they can give it to humans, but that’s kind of what we’re thinking. We see the amount of virus that we found in their nose is at similar levels to what you would find in a human nose. So if a human is giving out this amount of virus that it can transmit to another person, and we’re seeing the same thing in cats, we can hypothesize that it might be able to go from cat to human.

That’s what we were hinting at: If we could somehow experimentally show that a cat could transmit to a human, I bet we could show it.

So what are the implications? If a pet owner were exposed to the virus and had to isolate from family members, should they also isolate from their pet?

Yeah, exactly. And the other thing is that at a human clinic, doctors are wearing PPE, masks and gloves. Veterinarians should be doing the same. In case they’re carrying, they don’t want to give it to a cat.

What research is next on your to-do list? Anything else you want to highlight?

We’ve got a couple of vaccine candidates that we’ve got (state, private and federal) funding to test out. We’re mainly going to go into comorbidities, looking at lung disease, heart disease and potentially diabetes as other factors that could make the infection worse, and tease out the mechanism behind that.

We are an influenza lab. We work with a lot of the pandemic and seasonal flu viruses here and a big worry is, in a couple of months, we are going to be entering flu season. If CoV2 is still being circulated and influenza viruses are going to be circulated, we want to push the fact that we don’t know how a co-infection is going to turn out for people. We know that CoV2 really damages the lungs and, if you put that on top of an influenza infection, we don’t know how this flu season is going to be. So, just to be mindful of the fact that this isn’t over yet, and though there isn’t a vaccine for CoV2, there definitely is a vaccine for the influenza virus, so remind people to try to get that.

Superintendent Carlton Jenkins: Madison will be 'methodical' in deciding when to return students

In a meeting with the Wisconsin State Journal editorial board Monday, Jenkins said Madison wants to avoid the mistakes of other schools that have rushed back to face-to-face learning only to close again after outbreaks.

Portage Community School District is closing three elementary schools for at least the next two weeks due to five new COVID-19 cases and “a number” of people in quarantine, which makes staffing those schools difficult.

Middleton led the state as the high school with the most National Merit Scholarship semifinalists with 18 students named, followed by Madison West with 16.

UW-Madison lifted quarantine orders for two of its largest dorms on Wednesday and will soon phase in some face-to-face classes, the first easing of restrictions since COVID-19 cases spiked on campus about two weeks ago.

Wild Warner: Scouts help save trees — and the beavers destroying them — at urban park on Madison's North Side

COVID-19 Testing in Wisconsin: What’s been done, what lies ahead