Madison Metropolitan School District kindergarten classrooms will have 65% of their students, or 1,174 kids, back in-person beginning next Tuesday.

District officials shared the percentage of students planning to return with the School Board Monday night during an Instruction Work Group meeting. With a 98% response rate among all grades, the kindergarten returners range from Hawthorne at 46% to Elvehjem at 80%.

MMSD co-chief of elementary schools Carlettra Stanford said none of the schools had too many students to prevent the classes from being arranged with six feet of distancing between desks based on the numbers so far. Co-chief of elementary schools Tremayne Clardy said they are prioritizing finding larger, usable spaces before having students change teachers if there are too many students to fit safely inside a classroom while distancing.

There will be another window for families who are still in virtual to bring their students back, from April 5-12, and students can move from in-person to virtual at any time.

District spokesman Tim LeMonds shared the overall numbers for elementary respondents as well as a breakdown by subgroups in an email Wednesday morning. In total, a little more than 7,000 students in grades 4K-5 plan to return for in-person instruction, though the timeline for grades 3-5 is not known yet.

The breakdown by subgroups shows that 95% of families had responded to the survey and disparities were less pronounced than in other urban districts around the country. The graphic was for all elementary grades, not just kindergarten.

Among other groups, 55% of English Language Learner respondents will return, along with 60% of low-income respondents and 64% of respondents in special education programming.

Elsewhere in urban districts like New York and Chicago, white students have been more starkly disproportionately represented among those who are returning in-person.

In Chicago, for example, 23% of returning students were white, but the student body as a whole is just 11% white, according to Chalkbeat. Similarly in New York, there were initially nearly 12,000 more white students returning than Black students, even though there are more Black students in the system overall, the New York Times reported.

Stanford praised the work of school social workers, who went door-to-door over the weekend to talk with families that had not responded to the survey and get their response.

Here is the breakdown of percentage of kindergarten students returning March 9 by school, which Stanford shared Monday:

First- and second-grade students are expected to return March 16, with 4-year-old kindergarten beginning a two-full-day-per-week program on March 23. No timelines have been set for bringing back students in other grades.

The numbers shared by LeMonds show that 3,099 students will require transportation to school, including 534 kindergartners next week.

Superintendent Carlton Jenkins shared early survey response information at Monday's School Board meeting, announcing a 65% response rate for families with students in grades 4K-5. But he also cautioned, "We see disparities between the various races,” a trend that is consistent with other districts around the country.

The national Centers for Disease Control published new guidance for schools earlier this month. Much of it echoes what Public Health Madison & Dane County put out in December, though the CDC provides greater detail.

How a variety of Evers' budget proposals could affect MMSD schools

Many of the proposals, however, are not likely to remain intact when the Republican-led state Senate and Assembly begin writing their version of the budget.

The district will reopen for in-person kindergarten beginning March 9.

Some MMSD staff continue to push against district reopening plan

An open letter to the superintendent and School Board had 329 staff signatures and more than 500 total. Some staff are also planning a "teach out" Thursday morning.

The demonstrations came on the same morning that the district announced a vaccine partnership with SSM Health, and Public Health Madison & Dane County announced it would move up its teacher vaccination schedule to begin March 9.

“We want you to feel welcome in our school," group co-founder Desere Mayo said. "We don’t run it, but this is our school too. Don’t feel like you just go here and feel like you’re the minority.”

The Wisconsin Disability Vote Coalition hosted the forum between the two candidates for state superintendent of public instruction.

The clinic is one of a few SSM Health has set up as teachers became eligible for the vaccine.

'It feels like it's the beginning of the year': Kindergartners return to MMSD classrooms

About 65% of enrolled kindergartners were expected to return for in-person learning Tuesday morning.

Updated: All grades in Madison public schools will have in-person option before May 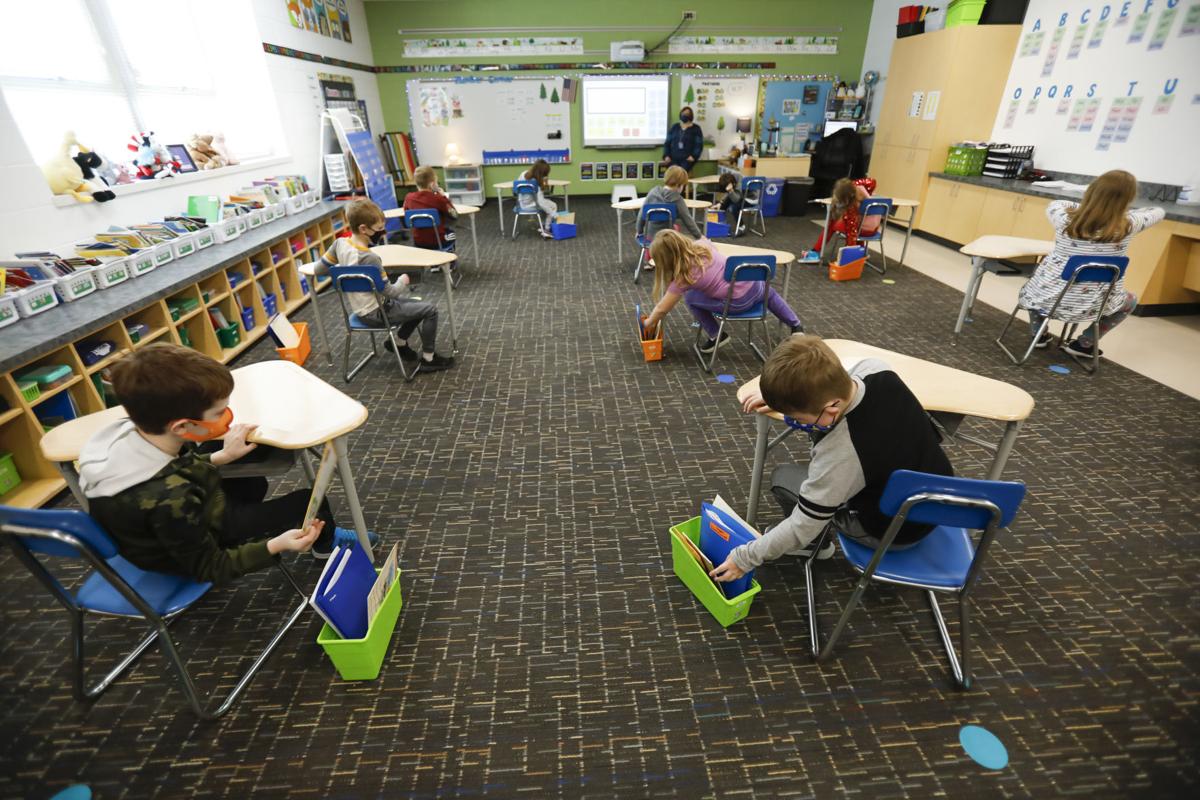 Mary Jo Froden’s first grade class attends the morning cohort of hybrid/in-person learning at Conrad Elvehjem Primary School in McFarland on Feb. 25. McFarland School District grade 4K through second have been in the hybrid phase of learning since September 2020. 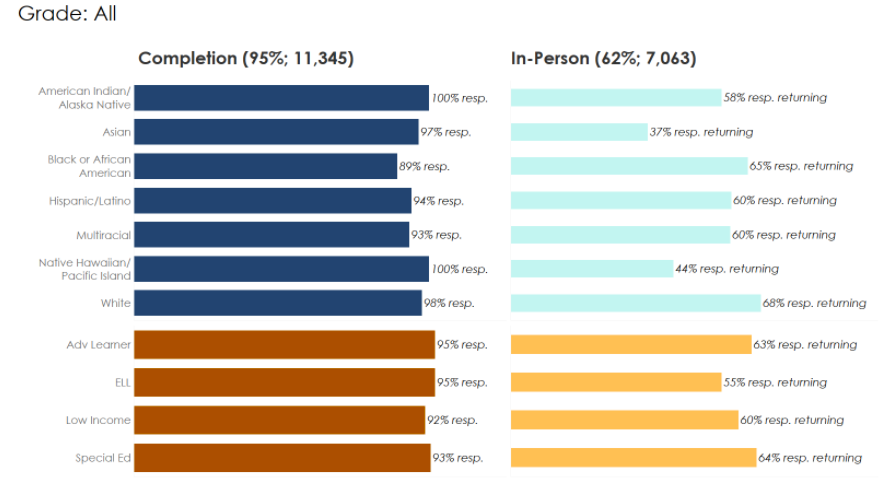