SPASD community members submitted a petition to change the board’s apportionment, which governs the eligibility of people to run for the board. Currently, the entire seven-member board is “at-large,” meaning candidates can live anywhere in the district and be eligible to run.

With SPASD adding a second high school next fall, however, some residents wanted to change that to ensure better geographic representation.

“As we were thinking about the future, this isn’t to divide the community, it’s really to make sure that there’s voices from different parts of the community at the table,” Joy Matthews, one of the petition organizers, said in an interview.

Matthews said they settled on using the attendance boundary lines because they had recently been vetted by a committee for the attendance areas, with “data naturally available from the consultant that helped with designing those boundaries that it just felt natural that we could follow those same lines.”

The annual meeting, which begins at 6 p.m. on Monday at the high school Performing Arts Center, 888 Grove St., allows all district voters in attendance to vote on items. Usually, that includes the property tax levy, school board member salaries and other financial items that draw a small audience.

This year, attendance is likely to be higher, with 500 signatures required on the petition that triggered adding apportionment to the meeting.

Attorney Lori Lubinsky, the district’s legal counsel, told the Cap Times on Friday that the meeting will include an opportunity for attendees to speak and a vote — by voice, hand raises or ballots — on the items. If they try a voice or hand vote and the meeting chair and parliamentarian determine it is too close, a ballot vote would follow.

“I sincerely hope that everything proceeds orderly,” Lubinsky said. “The school is well prepared for this issue in terms of ballots. I suspect there will be ballots needed but you never know.”

The organizers echoed Lubinsky’s hope for an orderly meeting, and said the conversations through gathering signatures — even with those who disagreed — have been among the most valuable parts of the process.

“I’m looking forward to healthy debate and some deeper understanding of what the proposal actually is proposing to change and how much doesn’t change,” petition co-organizer Tracy Frank said.

Of the seven current board members, six live in what will be the West attendance area, according to their addresses on the school district website. That means some of them would be ineligible to run for re-election to the same seat when their term expired, in what Lubinsky called a “gradual implementation."

“Each school board member who currently is a member would serve out their term until their terms expire, at which point they may or may not be eligible depending on A: where they live at the time and B: what election happens the year prior,” she said.

A group of former board members wrote a letter opposing the change to the Sun Prairie Star. They wrote they were “genuinely concerned about the significant negative impacts of this proposal.”

“The petition is looking to fix a problem that does not exist,” they wrote. “The assumption underlying the petition is that board members from one side of town do not have the interests of the entire district when they make decisions.

“That assumption is not correct, and the public has not given the current board members an opportunity to govern over a district that has two high schools.”

[Why are all of the Madison School Board seats at-large?]

They also suggested that the change would divide the community.

“Electing board members based on high school attendance areas will only serve to foster division, rather than to act in unity as a collective ‘we,’” they wrote. “The district has been focusing on equity and inclusion and this counters those efforts.”

Petition co-organizer Staci Uebersetzig maintained that the proposal is doing the opposite.

“Sun Prairie is going to have two high schools, and there is inevitably going to be some form of divide — good, bad, whatever, it’s what is happening,” Uebersetzig said. “I feel like our proposal is almost pre-emptive, we want to do something before we reach a point where there is a divide of one half of the city versus the other, one school versus the other, and bring it together in unity before we even get there.”

Other districts in the area have a variety of approaches, though none apportion seats by school attendance areas.

The Madison Metropolitan School District, which also has seven board members, has numbered seats, but they are all at large.

The Waunakee Community School Board is similarly apportioned by municipalities, though it has requirements for all seven of its seats. The Middleton-Cross Plains Area School Board, which includes nine members, covers five distinct geographic areas.

Ballots for annual School Board elections each spring currently include two seats for two years and three seats on one year, all for three-year terms. All candidates are included for a seat, and voters pick their top two or three, depending on how many seats are up for election.

Under the proposed system, ballots would include candidates for a “West” seat and an “East” seat, with the highest vote getters for each winning their seat.

Uebersetzig said that she hopes Monday night is “a peaceful conversation and that all voices are heard,” regardless of the outcome.

“Just the conversations that were had were so beneficial to this cause,” she said. “If nothing else comes of (this effort), I’m very proud of that piece.”

Clarification: The article has been updated to make it clear that while current board members may be ineligible to run for their current seat when their term expires, they would not be ineligible to run at all and could run for another seat that covers their geographic area.

Hundreds of students staged a walk-out and rally on the front lawn of East High School on Wednesday in an effort to call attention to what they called an inadequate response by school administration to allegations of a recent sexual assault between two students.

The Madison School District and La Follette High School administrative officials are investigating the use of racist language and the creation of a meme that showed a student holding an Airsoft pellet gun, according to an email sent to families Tuesday.

The alternative high school that primarily serves low-income students of color will move to 3802 Regent St. in the fall of 2023.

The number of COVID-19 cases in the Madison School District decreased, with 139 new cases during the past two weeks, down from 170 for the two-week period before that.

Wisconsin school board association condemns threats made against local members

"Unfortunately, there have been some isolated incidents in the state recently involving threats to the personal safety of board members," a statement from WASB read. "Such threats cannot and should not be tolerated."

When a lake is basically in a school’s backyard, the opportunities to use it for learning are vast. 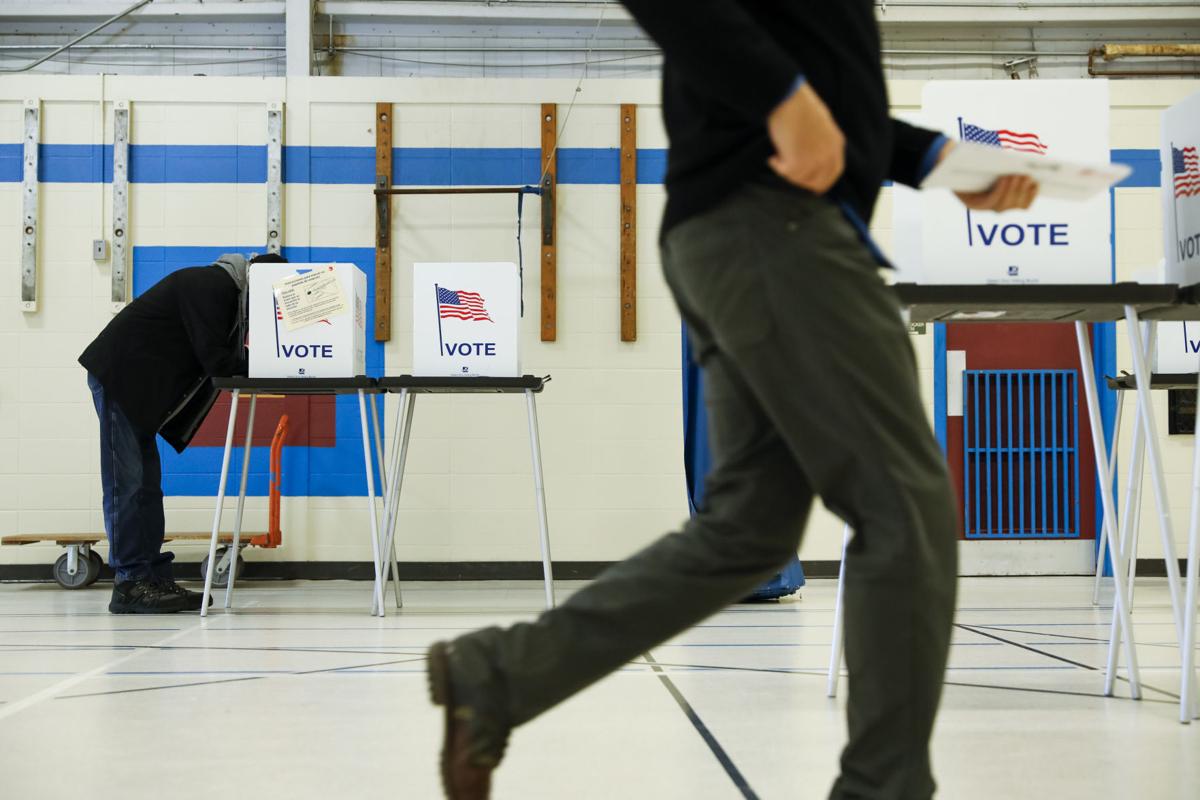 Under the proposed rules, Sun Prairie Area School District voters would still vote for all seven members of the School Board. 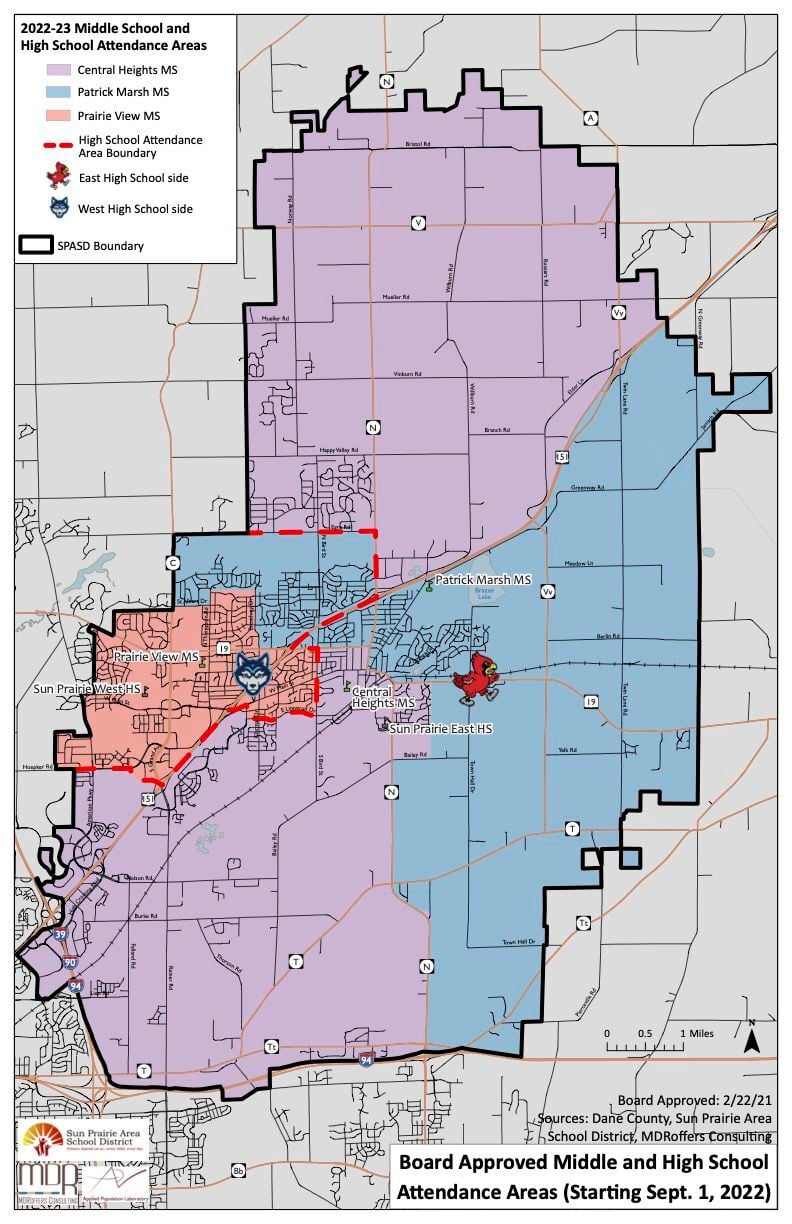