As the Madison Metropolitan School District begins its second search this school year for a permanent superintendent, public feedback on the three finalists from the earlier search show a range of opinions Madison has on the qualities the district’s next leader should have.

The School Board hired Matthew Gutierrez from the group of three, but he backed out of his acceptance of the position at the end of March, citing the ongoing COVID-19 pandemic and his desire to help his Seguin, Texas, school district deal with the aftermath.

Based on the public feedback, provided to the Cap Times last week following a January open records request, he was the most cited top choice of those who shared their views, though some respondents also offered support for fellow finalists Eric Thomas and Marguerite Vanden Wyngaard.

Thomas, the finalist from Georgia whose visit ended just 12 hours before comments were due, received the fewest comments at around 60. Both Gutierrez and Marguerite Vanden Wyngaard, from New York, received around 70 comments from the public through the online portal.

None of the candidates had universal support or opposition, and many cited varying reasons for their position on a candidate. Often the same reason was a positive for one and a negative for someone else. Some appreciated Thomas’ focus on “all students” in response to the district’s Black Excellence plan, for example, while others said it showed a lack of understanding of Madison.

“He was hands down the best candidate of the three,” one person wrote about Thomas.

A few submissions later, someone else offered the opposite view: “Please do not hire nor endorse this candidate. I am afraid of what will happen to the district I love under his leadership.”

[Madison School District will reopen superintendent search in May]

Board president Gloria Reyes acknowledged that any hire would not satisfy the entire community during a press conference announcing Gutierrez as the choice. Letters from various leaders in Madison’s communities of color following the hire further illustrated the difficulty in finding universal support for any candidate.

The Cap Times submitted an open records request the morning of Jan. 17, the deadline for residents to submit feedback through an online form, asking for “any and all public feedback on the Madison Metropolitan School District superintendent finalists, submitted online or via forms at the public forums, as of 8 a.m. Friday, Jan. 17.”

In late February, the district initially denied the request entirely, citing concerns about privacy and limiting people’s willingness to participate in future public input opportunities. The Cap Times said it was going to run a story about the denial and asked for comment, and the decision was reversed. The records took nearly two more months to deliver as staff redacted names and emails from the forms and then the pandemic delayed that work.

The district has since opened a new search for a permanent superintendent, as interim superintendent Jane Belmore’s contract expires at the end of July. The board is using the same firm as it did for the original search, BWP and Associates, which is conducting the new search at no cost.

"What we learned from the first process along with feedback we received from community will be considered in hiring our new superintendent," Reyes wrote in a text message to the Cap Times.

While many of the comments about the candidates contained positives and negatives about the same topic, there were common threads among some respondents about the qualities they wanted to see in a superintendent.

The most notable was familiarity with MMSD. Some lamented that the board hadn’t included a local candidate, while others commented on the seeming lack of knowledge the candidates had gathered in researching the district.

“She really had not done her homework before the interview at the level I would have expected for someone interviewing for a superintendent’s position,” one respondent wrote of Vanden Wyngaard.

The candidate also received some critical comments about her style of communication, with some citing “vague” answers. Thomas received similar criticism from some for his communication style.

Others felt that both Vanden Wyngaard and Thomas seemed “condescending” in some of their answers.

Gutierrez, on the other hand, received mostly praise from people on both topics, though many acknowledged it would still be an uphill battle to get him familiar with Madison. And some were still critical of his communication style.

"He had decisive answers and seemed well prepared and serious about the position, in contrast to other candidates,” one person wrote.

Another commented on his “strong listening skills” and “thoughtfulness,” while someone else called his answers “authentic.”

Few questioned that he would be a good hire, whereas the other two received stronger doubts mixed in with the positives. The biggest concern about Gutierrez was his relative lack of experience in a district the size of MMSD.

“He is the one! Mic dropped,” one person wrote. “This is a no brainer and he is exactly what MMSD needs to move forward.” 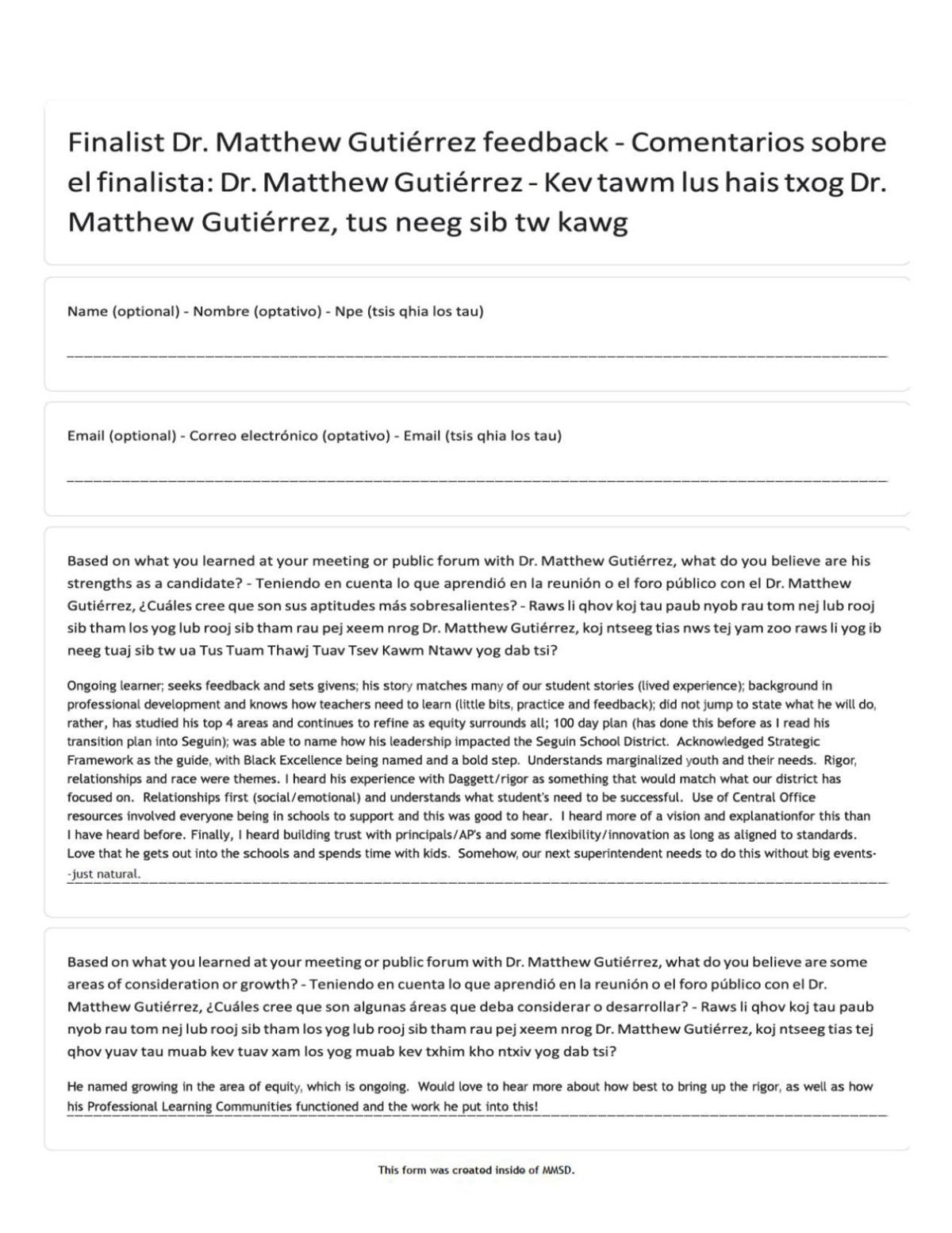 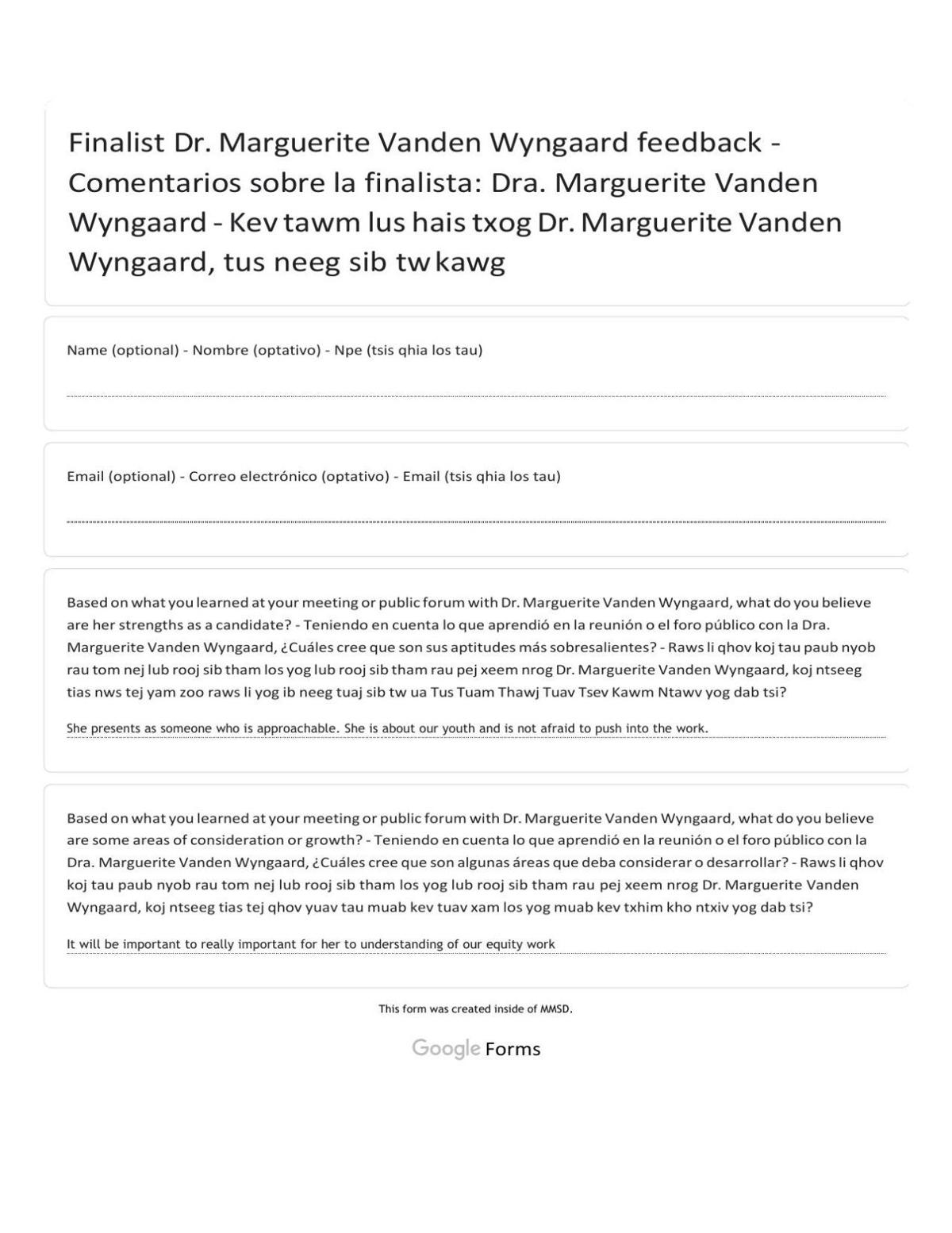 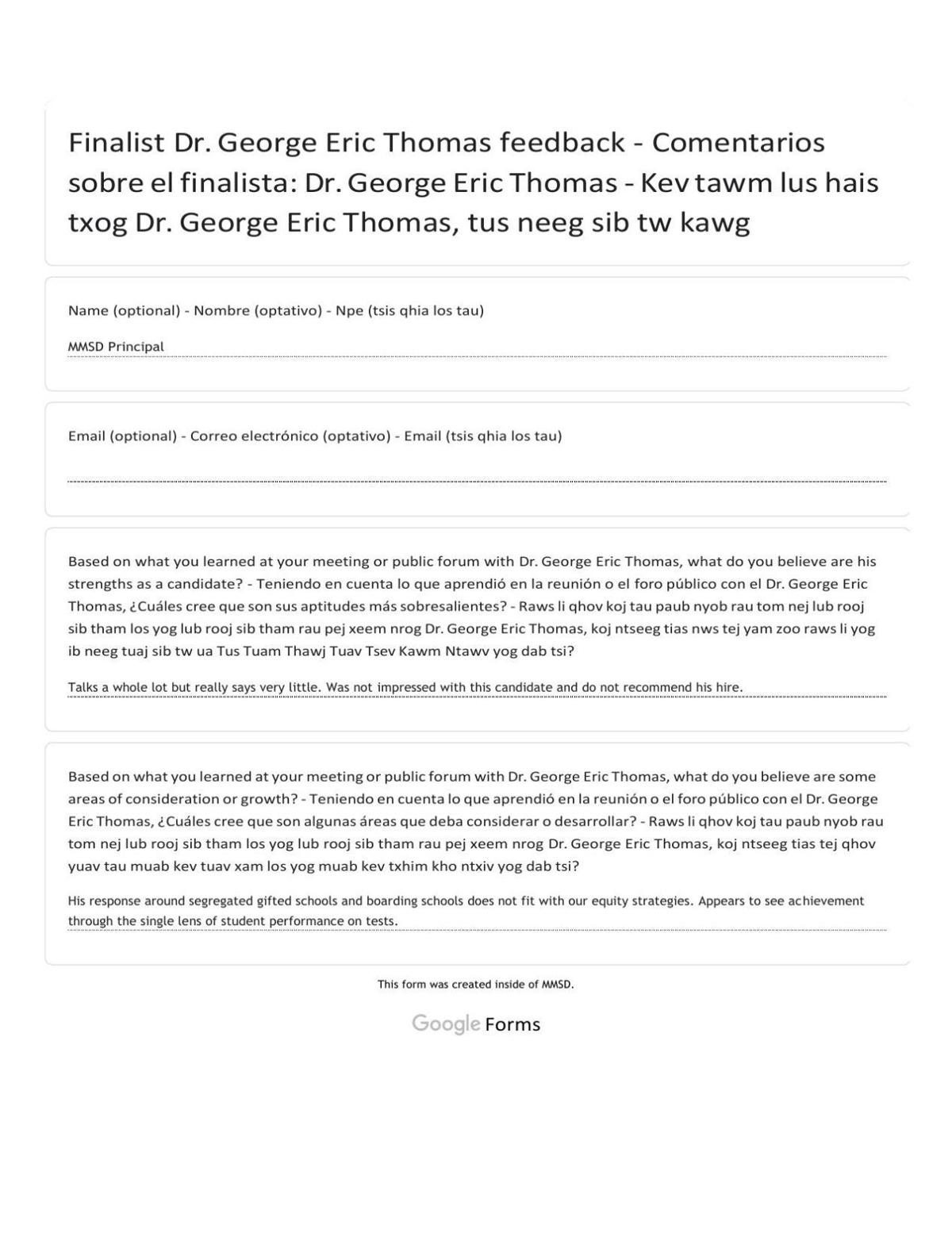 Madison School District will reopen superintendent search in May

School Board president Gloria Reyes said the board hopes to start interviews in June.

"For our students to see our first Latino superintendent, it is a powerful message to our students, all of our students, that anyone in this city and community can succeed," School Board president Gloria Reyes said in January.

Madison School Board could put off referenda decision until August

The board would have to approve a resolution by Aug. 25 to get questions on the November ballot.

Madison Teachers Inc. is calling on the Madison School Board to hire a new permanent superintendent “as quickly as possible” in the wake of Matthew Gutiérrez backing out of the position, which was made public earlier this week.

Matthew Gutierrez isn’t coming to Madison. What does MMSD do now?

Among the options would be returning to the candidate pool from the fall, when consultant BWP and Associates helped attract a group of 31 applicants. Gutierrez was one of three finalists, all from out of state, chosen from the group by the board.

The School Board will meet in a closed session to discuss next steps "and to carefully evaluate all options," according to a press release.

The Madison Metropolitan School District hopes to hold an in-person celebration later in the year once larger gatherings are considered safe, interim superintendent Jane Belmore told families in a May 1 letter.

The grant to the Madison Metropolitan School District was one of 21 awards announced as part of the Wisconsin Partnership Program at the UW School of Medicine and Public Health.

With schools closed for the academic year amid the COVID-19 pandemic, district officials have been waiting for guidance from the state Department of Public Instruction on finances and enrollment.

The Madison School Board had planned to vote on two referenda for the November ballot this spring, but delayed that decision as the COVID-19 pandemic closed schools and created economic uncertainty.

The district will contact the 3,000 students who had signed up for in-person summer school to ask if they want to remain enrolled for virtual summer school.

Photos: Day 4 of protest calls for release of black inmates in Madison 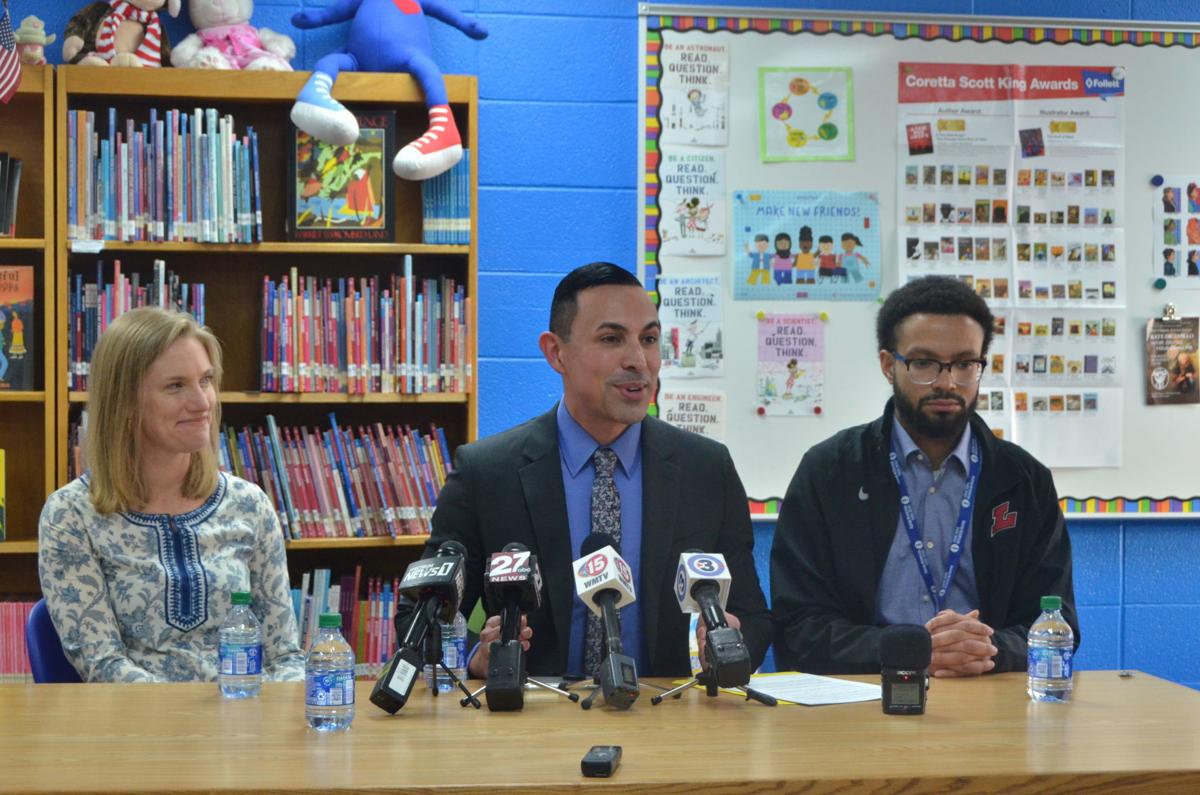