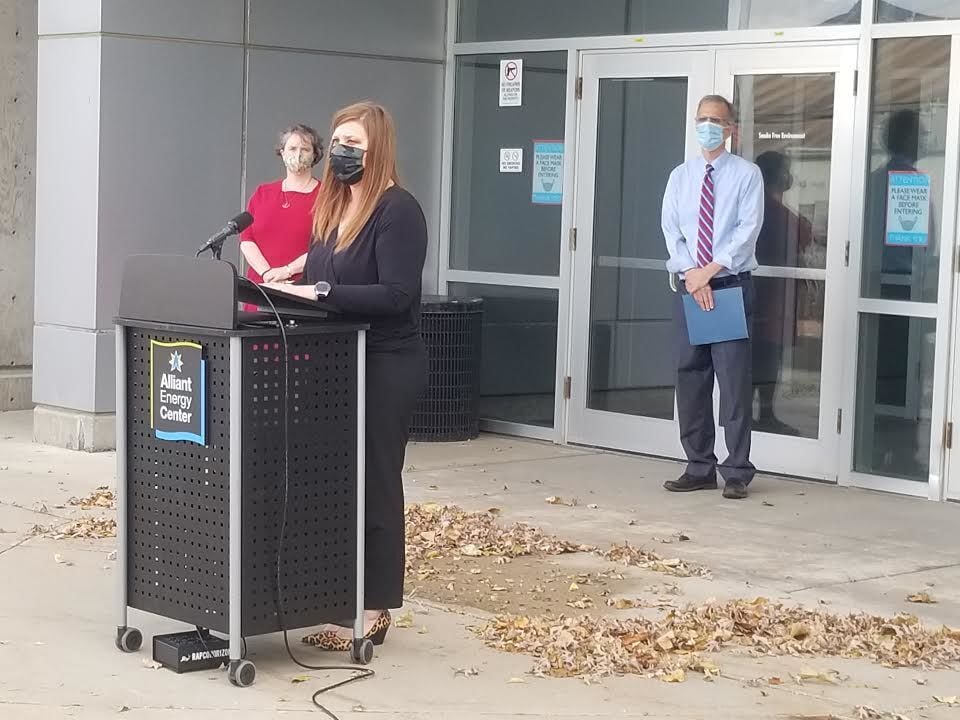 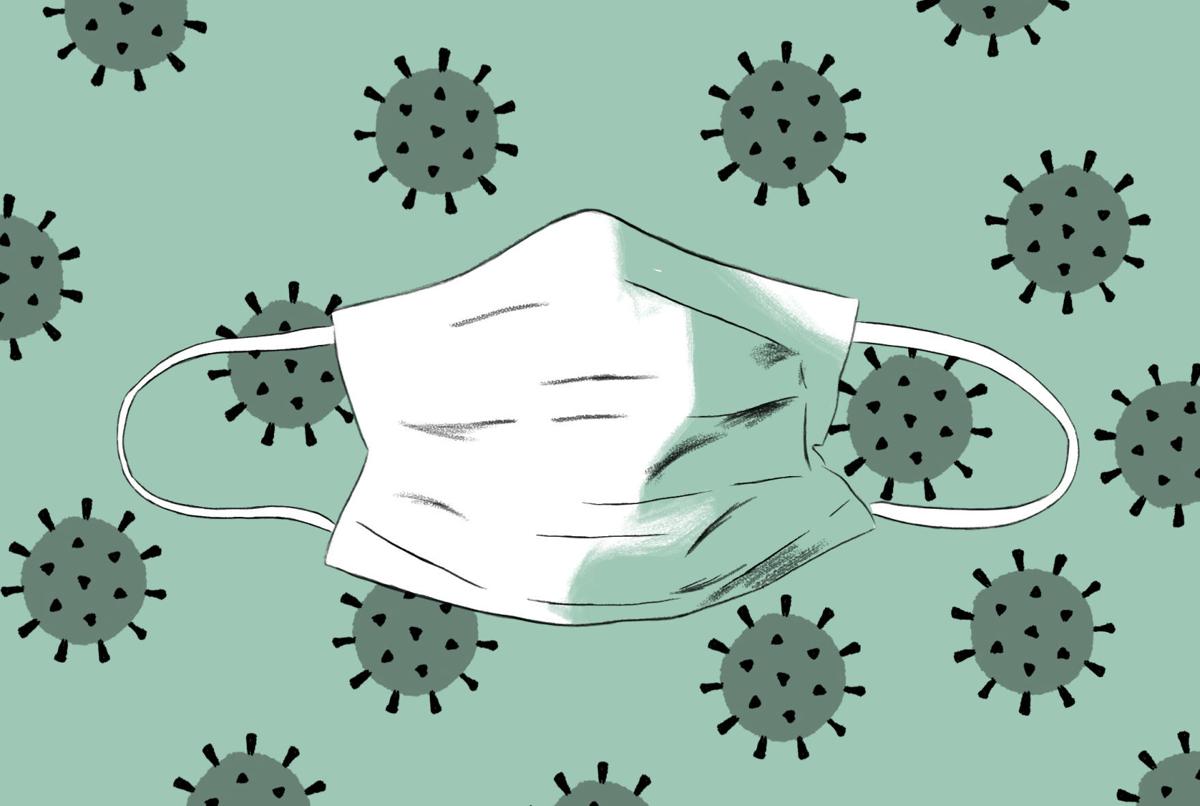 A variety of state and local entities offered their support for local public health officials’ ability to close schools, in briefs filed with the state Supreme Court this week.

The amicus briefs, meaning none of the groups are party to the lawsuit, were filed as part of the consolidated case against PHMDC’s order, which the court put on hold in September. The Aug. 21 order, which mandated virtual learning for grades 3-12, angered some parents and private and parochial school officials as it came just days before many of them were set to open in-person with various precautions in place.

Most of the county’s public school districts, including MMSD, had already decided to begin the year virtually.

Three groups filed lawsuits against PHMDC and its director, Janel Heinrich, arguing the department did not have the authority to close schools, a responsibility that falls only to the state Department of Health Services. The majority of the court wrote in its Sept. 10 injunction that they believed the petitioners were likely to win in an eventual decision, consolidating the cases and putting the school closure portion of the order on hold while the case continued.

"Local health officers do not appear to have statutory authority to do what the Order commands," the opinion states.

Data from schools around the United States that are open for in-person instruction indicate schools may not be the “super spreader” environments many feared over the summer. But there are also many examples of schools moving abruptly from in-person instruction to virtual learning as they deal with staff and students who must quarantine following exposure to someone with COVID-19.

The briefs filed in support of PHMDC’s authority this week all argue that the power of local public health officials to close schools is implicit in state statutes. Any interpretation that would leave that authority only to the state is “unreasonable” and “absurd,” the brief from Evers and Palm argued.

“It would be nonsensical to hamstring our public officials in the fight against these diseases,” the brief states.

The legal arguments underpinning the case focus on a state statute explicitly stating DHS “may close schools... to control outbreaks and epidemics.”

The statute allows local public health officers to “inspect schools and other public buildings within his or her jurisdiction as needed to determine whether the buildings are kept in a sanitary condition,” as well as to do “what is reasonable and necessary for the prevention and suppression of disease.”

Those arguing against the order say the explicit mention of closing schools as a power of DHS, without such an explicit note for local public health officials, means it is only allowable for the state department. Their other arguments include that the order violates their freedom to practice religion and parental rights to guide their child’s education.

PHMDC issued a new order Tuesday that adding new limitations on mass gatherings. Emergency Order No. 10 included the same language about limiting grades 3-12 to virtual learning, but noted that because of the court's September injunction, that provision was not in effect.

The brief on behalf of Palm and Evers argues that the authority must be given to local health officials to close schools because in some instances a communicable disease may be spreading in one community but not another.

“In the context of communicable diseases, it would be absurd to vest exclusive authority to issue orders affecting the over 2,000 K-12 schools in Wisconsin across 421 school districts in one single department,” the brief states. “Many communicable diseases were not and will not be widespread or uniform enough to justify a single solution across thousands of K-12 schools.”

MMSD’s brief, filed in partnership with the Monona Grove School District, noted that leaving the decision to school districts rather than public health officials with a broader reach “may lead parents to simply switch their kids to a different school district.”

“This response means that the health risk is not actually lessened, just moved over a few miles,” the brief states. “And the school district that behaved responsibly suffers financially as a result, and finances should not play a role in closing schools because of infectious diseases. Making closure decisions at the county level provides more stability for the parents, kids, and schools.”

Meanwhile, the consolidated brief filed by the parties challenging PHMDC’s authority Oct. 12 questions “the authority of an unelected local bureaucrat to upend the education plans of thousands of families and schools by the stroke of a pen, without regard to any statewide education policy or the parents’ and schools’ constitutional rights.”

“Dane County’s eleventh-hour closure of in-person private schooling for grades 3 through 12 made the County the only locality in this State to prohibit in-person schooling, even though several other counties have much higher COVID-19 rates, while pulling the rug from under parents and schools who had planned all summer for a safe reopening of in-person education for the fall,” the brief states.

MTI, which filed its brief along with six groups from around the state, notes in the brief that the situation has worsened since that filing, both statewide and in Dane County. The statewide seven-day average case count as of Oct. 12, then an all-time high, was 2,238 per day. As of Nov. 13, that average was up to 6,422 cases per day.

The union argued that schools provide “ideal physical settings for virus spreading” with hallways, large groups arriving and departing simultaneously and potentially mingling throughout the day.

“Thus, even if children are somewhat less physically susceptible to COVID-19, it would still be reasonable for health officers to impose restrictions on their schooling that are not placed on adults and adult activities,” the brief states.

Oral arguments on the case are scheduled for Dec. 8.

How are Dane County districts with in-person learning doing with COVID-19?

While seemingly none of the districts have seen an outbreak, a mix of quarantining practices and substitute shortages have caused staffing challenges and even sudden, short-lived closures.

Local teachers unions in the state's two largest school districts are calling for officials to close school buildings around Wisconsin as COVID-19 cases continue to rise.

While the sides make their arguments on the merits of the order over the next 60 days, the state Supreme Court determined that continuing to bar in-person school would do “irreparable harm” and indicated in its opinion a likelihood that the challengers will win the final decision, as well.

A variety of school choice advocacy groups, parents and private or parochial schools filed lawsuits asking the court to block the local order.

The Madison School District is expected to announce its plan for the third quarter, which begins Jan. 25, by Jan. 8.

Public Health Madison & Dane County suggested a "phased reopening" that starts with elementary school if school districts decide to return to in-person instruction, though districts are not required to reopen for in-person learning.