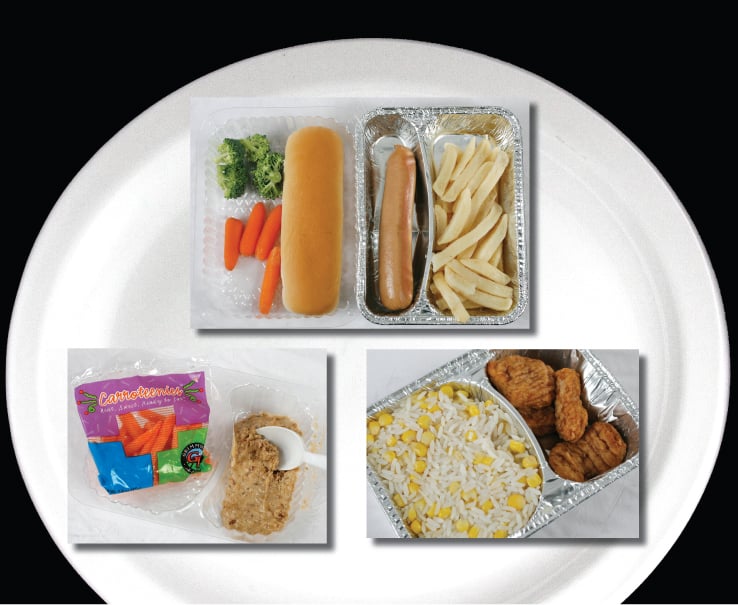 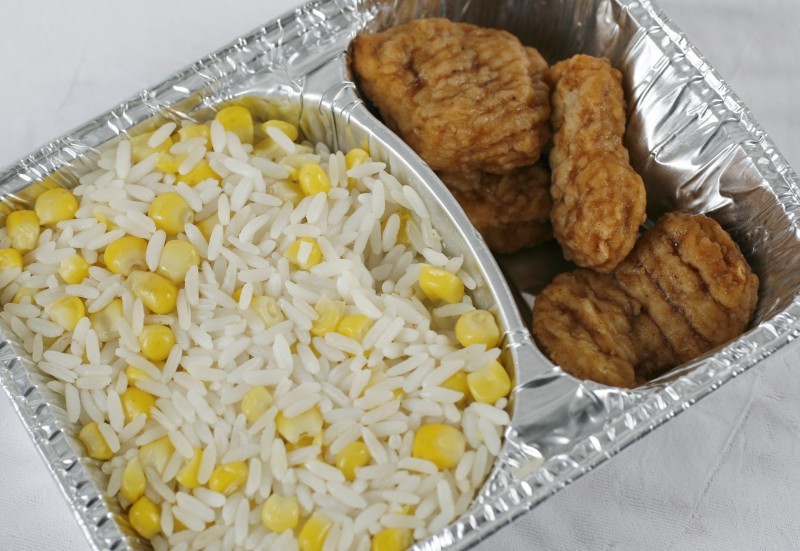 Chicken nuggets with rice and corn. 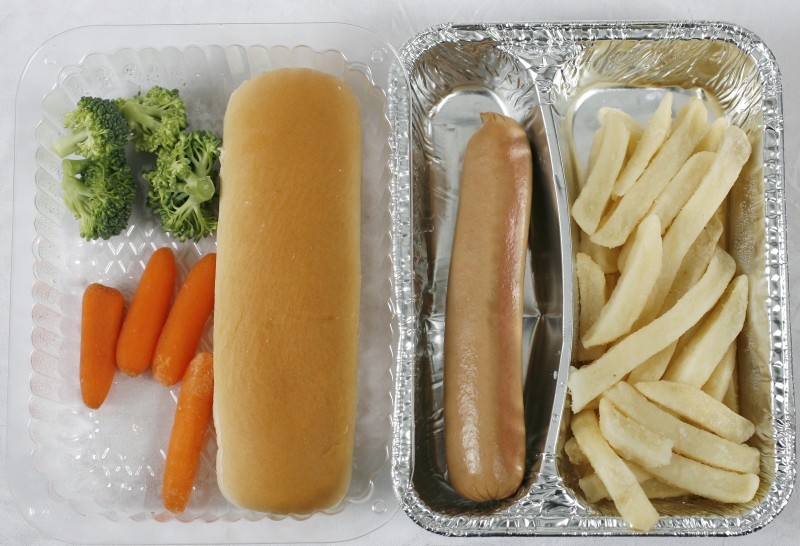 Hot dog with potato sticks and carrots and broccoli. 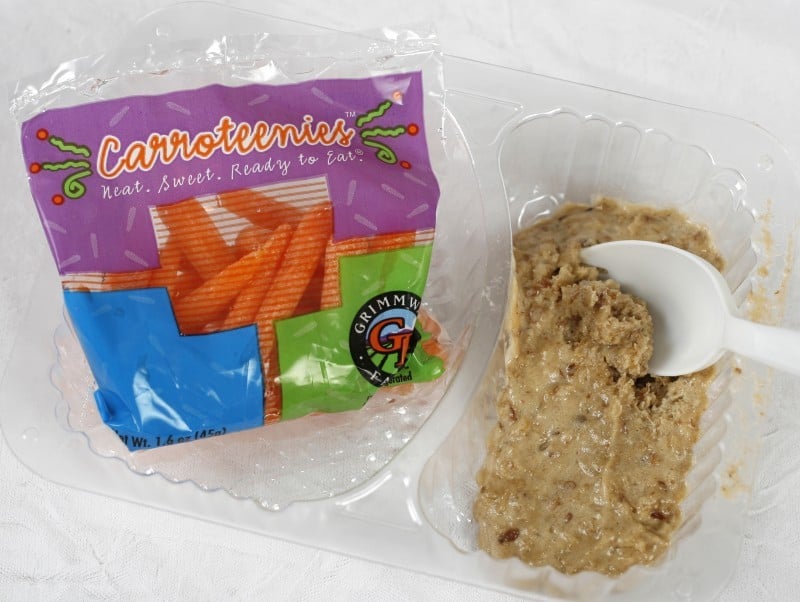 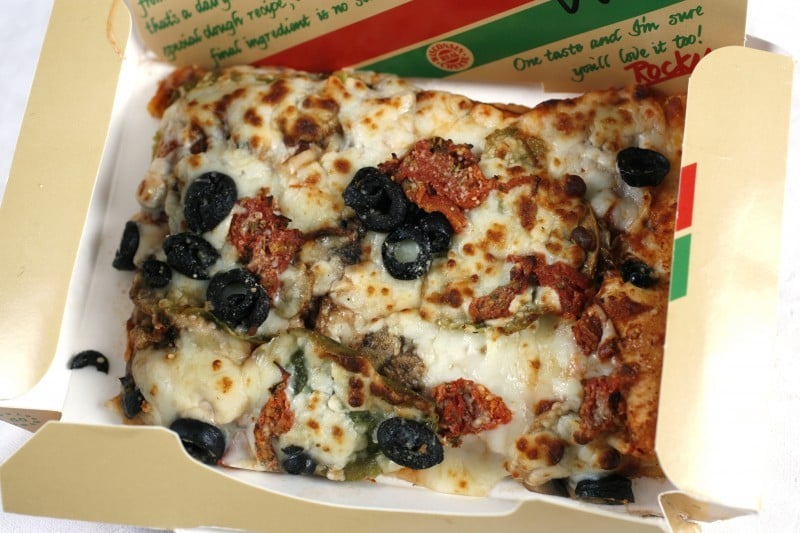 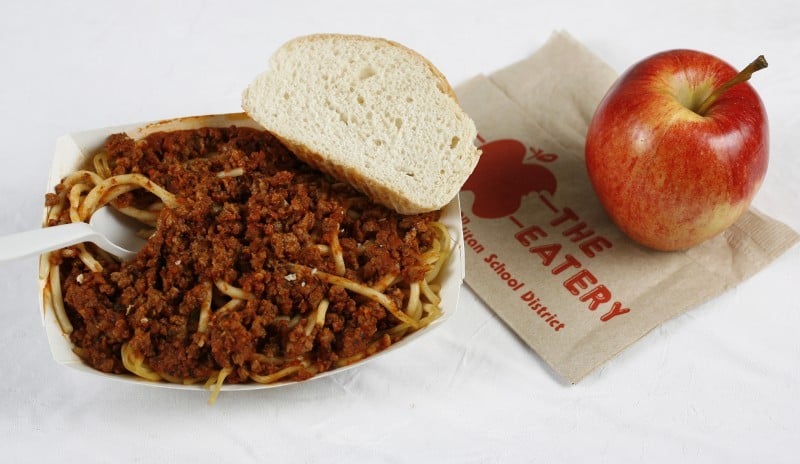 Spaghetti, bread and an apple.
1 of 6

Chicken nuggets with rice and corn.

Hot dog with potato sticks and carrots and broccoli.

Spaghetti, bread and an apple.

The reassuring comment came from a crowd of seventh-grade boys at Velma Hamilton Middle School as I prepared to eat my first school lunch in more than 40 years.

They politely made room for me at the front of a line that circled the cafeteria/multipurpose room, nodding enthusiastically as I took the salad. As a former food writer and restaurant critic newly returned to covering topics about children and education, I wanted to experience firsthand school lunches at Madison's elementary, middle and high schools. Madison, like communities across the nation, is re-evaluating school meals with an eye toward making them more nutritious and appealing.

The taco salad featured finely shredded lettuce, providing a reasonably crisp bed for a mound of mildly seasoned ground beef; a dab of sour cream, a small plastic container of salsa and a small package of salty, tortilla chips completed the spread. It was the most popular purchased lunch option that day, although a majority of Hamilton's sixth-, seventh- and eighth-graders appeared to have brought their own lunches. With a half-pint of milk, the meal cost $3.30 (adult full-price middle school lunch). I'd probably give it a grade of C+ or B-.

On the other hand, I left most of a cup of beef and vegetable soup that I'd also picked up. Viscous but neither rich nor hearty, the soup's salty flavor and odd texture were unappealing. Grade: D; eat only if very, very hungry.

Other lunch options that day included a cheeseburger and "fries" (actually baked potato sticks), a slice of pepperoni pizza and a chef salad. Dessert choices ranged from large chocolate brownies to small plastic bags of "puppy chow," a confection that looks like dog kibble rolled in powdered sugar.

Because Hamilton Middle School and Van Hise Elementary share a common building and cafeteria, I left room to also sample an elementary school lunch that day. Unlike the a la carte middle school menu that gives the older students options every day, all elementary schoolchildren in the district eat exactly the same thing - a single pre-packaged meal that changes daily. Food for breakfast and lunch for all schools comes from a central district kitchen, with daily delivery of some 18,000 meals. The Madison School District has about 24,000 students.

The self-contained elementary school meals are served in divided foil trays wrapped in plastic, with separate hot and cold packages. Imagine a cross between Lunchables and a TV dinner. These lunch trays are a bit tricky to open; I didn't need to ask for help, but plenty of my young dining companions did.

Once opened, the hot lunch tray featured what were billed as BBQ chicken bites: five processed chicken nuggets, accompanied by rice studded with yellow kernels of corn. The cold tray offered up a sealed package of baby carrots and about a third of a cup of something that looked remarkably like canned cat food. I learned it was "cookie dough," a dessert treat kids supposedly enjoy, although few students around me were actually indulging. This version features no raw eggs for obvious reasons.

I'm not a chicken nugget fan under any circumstances, and these had all the appeal of breaded cardboard, with an unpleasant aftertaste. The carrots were slimy and it was hard to get past the appearance and texture of the cookie dough.

The rice and corn combo was fine, but when a little girl asked for soy sauce, she was waved back to her seat with a brusque, "We don't have any of that." Time is also in short supply. Elementary and middle school students are typically given 10 to 15 minutes in the cafeteria to eat their meals. Those who transgress are sent from the lunch room to finish somewhere else. On the day I visited Van Hise, three third-graders were sent to the hall to finish their meals. There they perched on a bench, gobbling their food from trays precariously balanced on their laps. It was just a matter of time before one of the trays tumbled to the floor. There was nervous laughter as the spiller looked around and grabbed up her chicken nuggets, dusting them off with a napkin and then popping one in her mouth. Scattered across the hallway, the rice and corn couldn't be saved.

With about 700 middle-schoolers and more than 300 elementary students all taking turns to eat in 15-minute shifts in the same cafeteria at Hamilton/Van Hise, the ambience is not exactly relaxed. On the day I ate there, it seemed like both lunch room attendants and the kitchen staff were scurrying rather grimly to get everyone fed.

And then there are the smells - the powerful lingering scent of disinfectant, the sweet and sour odor of leftover milk, poured into a five-gallon pail, and the pungent smell of leftovers thrown in garbage barrels at the back of the room.

Familiar? Amazingly so. Appetizing? Not so much.

After sampling these meals on the west side of town, I trekked over to the east side on a different day to try my luck at East High School and at Lapham Elementary, which serves kindergarten through second grade students.

At East, the cafeteria was spotlessly clean and the lunch attendants welcoming. Based on my recent experience there, and at Middleton High School, I'd venture to say there's a stronger customer focus at the high school level, probably a nod to the fact that high schools have a non-captive audience that is ready and willing to find lunch at off-campus fast food spots. While it's not fine dining, school lunch at East is friendly and less institutional than I found at the elementary and middle school level.

A recent lunch, for instance, offered spaghetti and meat sauce with Italian bread on the side, plus a choice of apple or orange. It was a generous serving, and while the meat was a little gristly, it was well seasoned and made for a filling lunch, especially with the fruit and a carton of milk. I'd give it a B-, with extra credit because it was only $3.30.

Other regular options include a variety of sub sandwiches, salads and hot sandwiches, including such choices as burgers, chicken patties, fish and hot ham and cheese. Pizza from Rocky Rococo is available every day by the slice, and I opted for the veggie slice for a little more than $4. It featured tomatoes, black olives, onions, green peppers and plenty of cheese. It's not my favorite pizza, with a crust that always strikes me as slightly soggy, but I liked the combination of veggies. I can see why this would be a popular option, though it's a bit pricey and, as a regular item, could contribute to weight gain.

At Lapham, I met my friend Emmeline, who is 5, and her mother. Emmeline was eating a packed lunch from home, and was very interested in the hot dog, potato "fries" and baby carrots and tiny broccoli florets I bought for my lunch.

With her mother's permission, she eagerly ate the baked potato sticks, which I found bland and limp - announcing that fries were one of her favorite foods. She was more interested in her bagel than my hot dog, which I considered the mark of a pretty good palate. I confess I like hot dogs and I've eaten plenty, as well as served them to my children. This particular hot dog, however, didn't strike me as meeting many nutritional goals, and it featured a strange little pink striping down the side that, I guess, was supposed to be an appetizing reminder that hot dogs are good on the grill.

Emmeline was also happy to share one of my little carrots and a tiny piece of broccoli. She called it a tree, and gave me a hug before she went off for recess.

It was very sweet, and the atmosphere in the lunchroom, filled with parent helpers, was orderly and affectionate, reflecting the small size of the school where adults, including moms and dads, seem to make it a point to know every name.

There's a rule at Lapham against talking during lunch so that kids finish their meal within the allotted 15-minute slot. They eat wearing their jackets and hats so they are prepared to go outside directly from lunch. It's practical, of course, but there is still something a little mournful about watching someone small, sweating, and silently hurrying through lunch in a heavy jacket and fuzzy hat.