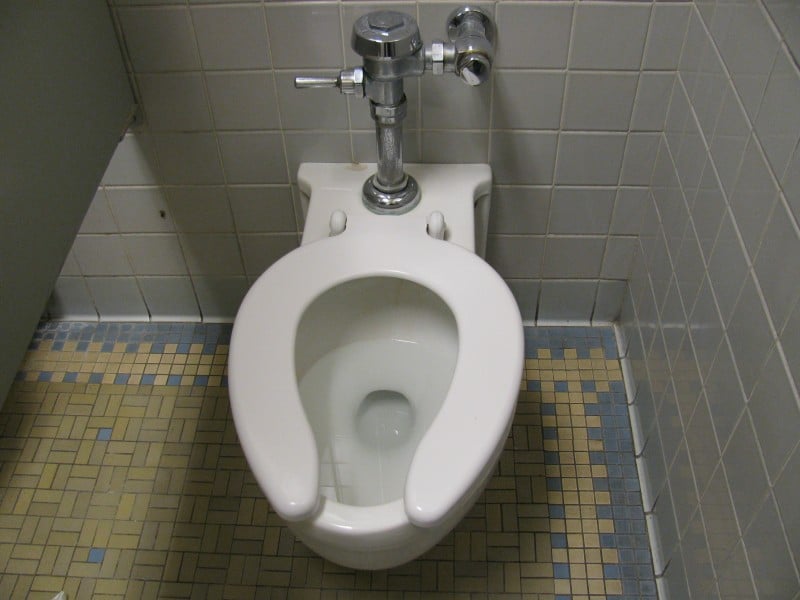 Regarding a report that says it could cost up to $3,000 to replace a single school toilet, Lucy Mathiak, School Board vice president, said: “It makes me feel like I’m channeling Bill Proxmire when he challenged the costs on Pentagon toilets.” 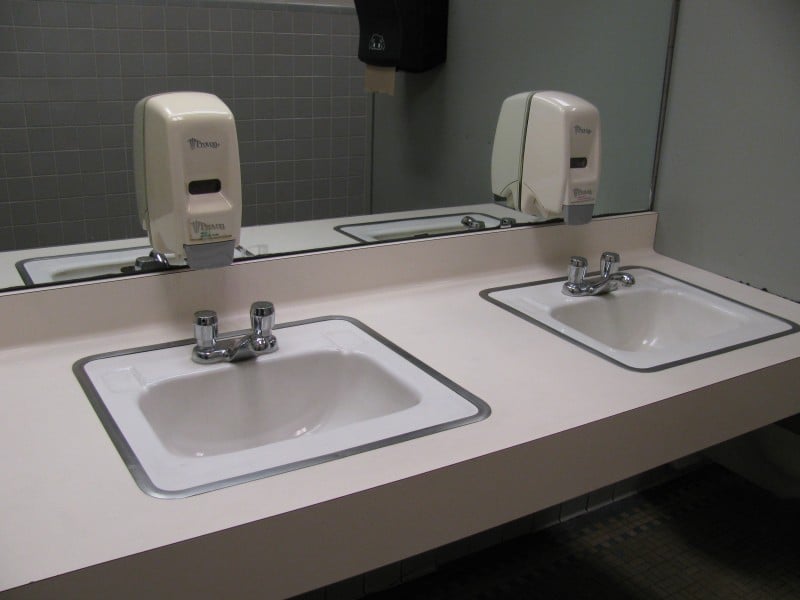 A consultant’s report estimated it would cost up to $3,000 to replace one sink in the Doyle Administration Building.
1 of 2

Regarding a report that says it could cost up to $3,000 to replace a single school toilet, Lucy Mathiak, School Board vice president, said: “It makes me feel like I’m channeling Bill Proxmire when he challenged the costs on Pentagon toilets.”

A consultant’s report estimated it would cost up to $3,000 to replace one sink in the Doyle Administration Building.

At $2,000 to $3,000 to replace a single toilet, and the same to repair a leaky faucet, it’s no surprise some Madison School Board members are suffering sticker shock when it comes to a new facility report on short- and long-term maintenance needs for Madison’s public schools.

In fact, Lucy Mathiak, board vice president, wonders if the numbers can even be trusted. “It makes me feel like I’m channeling Bill Proxmire when he challenged the costs on Pentagon toilets,” she says, referring to the late U.S. senator from Wisconsin. “Frankly, getting this information cost us a lot of money and, to say the least, I’m underwhelmed with the product.”

The estimates, though, might not be entirely out of whack with commercial repairs.

While swapping out an old toilet or sink at home could cost $500 or less, such a repair in an institutional or industrial setting might run upward of a couple thousand dollars, particularly if there were hazardous materials involved, or extensive tile or plumbing rework, experts say.

James Westring, a local building contractor and former president of the Madison Trust for Historic Preservation, says the $2,000 to $3,000 figures from the report “sound on the high side” if they represent a one-to-one swap of a new toilet for an old toilet, or a new faucet for an old faucet. He also says if the school district is “buying by volume” it should get a discount. But he cautions against comparing residential installations to commercial or institutional jobs, saying that any public school plumbing projects will have specific requirements for accessibility and durability.

“The numbers in a report like this are likely taking into account any worst-case scenarios that could come up,” he says, noting that such jobs could unearth other costly repairs involving lead paint, mold, asbestos or other hazardous materials that would require extra time, equipment or special handling.

Prepared by Durrant Group Inc., an engineering and building firm with headquarters in Dubuque, Iowa, the report was presented to the Madison School Board on April 5. It takes a detailed look at all 47 buildings in the Madison district.

The analysis, which cost $298,750, specifies almost $84 million in maintenance and upgrades for schools and administration buildings, focusing on plumbing, mechanicals and heating, air conditioning and ventilation systems, as well as roofing and playground paving.

The parts of the 4,470-page report that cover mechanical, plumbing and electrical systems go into minute detail: holes in window screens at Frank Allis Elementary; a missing sink aerator at O’Keeffe Middle School; and low flow in a cold water faucet at the Doyle Administration Building.

There are plenty of big ticket items, too, including replacing temperature controls for heating, ventilating and air conditioning systems at several schools for an estimated $300,000 to $350,000 each, or replacing all windows at Glendale within 10 years for $300,000.

The report brought more dreary news for the district, which is already struggling with unprecedented budget cuts for the 2010-2011 school year. School Board President Arlene Silveira calls the Durrant report “very depressing.”

Some of the recommendations include replacing 59 water closets (toilets) in the combined O’Keeffe/Marquette middle/elementary school building over time. Each replacement is listed at $2,000 to $3,000. At Hamilton Middle School, an extensive list of plumbing fixtures in need of repair include a lavatory described as “Dirty/corroded. Levers hard to operate. Bubbler corroded, sprays everywhere.” The so-called “correction cost range” is, again, $2,000 to $3,000.

In fact, virtually every plumbing fixture at every school that’s included in the report — sinks, urinals, toilets and drinking fountains — has the same cost to repair or replace: $2,000 to $3,000. Some of the problems appear relatively minor, including items like a leaking faucet, a handle that’s difficult to operate, or a loose spout on a gooseneck fixture. All are assigned condition grades, A through F or X, for not meeting code, and given an ERL  (estimated remaining life) number that ranges from 0 to 20 years.

Kevin Eipperle, an architect and a managing partner with Durrant Group, defended the numbers in a recent phone conversation, including $2,000 to $3,000 to repair any plumbing fixture.

“Plumbers aren’t cheap,” says Eipperle. “Those are real numbers, and that’s what you’d expect to pay.”

He notes that a fixture like a school toilet is required to be commercial grade and ADA compliant, and would probably also include features like a “water miser” and a dual flush or automatic-eye flush mechanism. Eipperle adds that these are not the kind of fixtures purchased at a commercial home improvement store.

“With all the other plumbing accessories and the labor, you might pay even more than that,” he adds.

According to Eipperle, the massive document is set up as a database that provides a wealth of information for the district’s building services department. He says that Durrant sent a team of engineers to the Madison district during 2009 to do a comprehensive survey of each building, and that this type of report has been used extensively as a budgeting tool in other school districts, and commercial and municipal applications.

But Mathiak isn’t buying the numbers in the finished report.

“Everyone I talk with just can’t believe $2,000 to $3,000 for a new toilet or sink,” she says. “You’d think a school job would have some economies of scale and instead, these costs are four to five times what you’d pay as an individual homeowner. It doesn’t add up.”

In fact, a local plumber gave a ballpark estimate of $390 on the plumbing fixture and labor costs needed to install a premium grade Kohler toilet, with hardware that included a high-end flush mechanism, in a home or small commercial establishment. The estimate included hauling away the old toilet.

“This report, which we hoped would be a really important tool,  makes me very suspect now of spending money on outside experts,” she says.

There are additional figures in the 2010 Durrant report regarding repairs, maintenance or replacement costs that have other School Board members asking questions, as well.

Silveira says she is puzzled by the report’s recommendation that heavily used entrance and service doors, including hardware, should be replaced every five years at a cost of $3,000 to $4,000 each.

“That overall $84 or $85 million figure for maintenance is a huge number but it adds up quickly with these kinds of costs,” says Silveira, who would like to know the specifics of how these lists were developed. “If the engineers just went out and made their overall recommendations based on the age of the facilities, that’s really not very helpful.”

Adds Silveira: “In these tough economic times, we need to be talking about actual needs that we have instead of general recommendations.”

The School Board and administration are currently struggling to balance the 2010-2011 Madison district budget. An unprecedented drop in state aid due to the poor economy has forced the district to look at cutting services and raising property taxes to close a budget hole of up to $28 million for next year; prospects for the following year look equally bad.

“Even considering going to referendum for any maintenance issues is a terrible prospect right now,” Silveira says.