Following a nationwide call for police reform, Madison is building bridges between residents and its own police department. At a Cap Times Idea Fest session, panelists discussed how these efforts are progressing and how community relationships can be restored.

The speakers focused on two main themes — accountability and trust.

Prior to Barnes' appointment as chief in February 2021, the city of Madison established a Police Civilian Oversight Board to hold the Madison Police Department accountable and improve trust between the department and the community. The formation of the board met one of Madison’s resident-led Ad Hoc Committee 177 recommendations for the city’s police department. The committee was created to review and address issues within the MPD following the officer-involved shooting and death of Tony Robinson in March 2015.

Some residents welcomed the formation of the new board following the MPD’s controversial response to protests downtown after the murder of George Floyd in Minneapolis.

Findley, a member of the committee, pointed out that the research done by the city and the ad hoc committee over the past five years was “ahead of the curve.” Work to reform the department was well underway before the death of Floyd. The committee’s capstone recommendation was for the establishment of an independent police monitor which reports to the Civilian Oversight Board.

The hiring process for the the independent police monitor position is still ongoing, with a deadline pushed back in order to field more applicants.

“When we first issued our reports and created the Civilian Oversight Board, I was sometimes asked, ‘What is this going to mean for a police chief coming in and facing these new entities?’ as if they would be a burden to the chief.  My response was, if I were the incoming chief, I would see that as a gift because one of the big problems we were trying to confront was the breakdown in trust,” Findley said. “I was thrilled when Chief Barnes came in and essentially said the same thing.”

Grayson commented on the nature of trust rebuilding and the challenges that the city and law enforcement may face in pursuing these recommendations.

“In order for us to have true community engagement, we have to be able to deal with the power dynamics that [are] automatic within systems. The answer to some of the heavy questions and challenges in our communities, especially with police violence and community distrust or mistrust of police officers and the entire system, is community engagement. But how do you engage in a community that doesn't trust you?” she asked.

A secondary factor she raised was the importance of addressing “the elephant in the room,” or the first point of contact for many communities.

“We have to deal with the first liners, which is police officers. They're the first people we have contact with; they decide whether or not you get a ticket or a warning or get arrested,” she stated. “They are a big key to our challenges.”

One way that the city has approached reducing unnecessary police responses was the launch of the Madison Community Alternative Response Emergency Services (Madison CARES) on Sept. 1. CARES pairs a community paramedic and a Journey Mental Health Crisis worker together to respond to nonviolent behavioral health emergencies. The program was designed for residents undergoing a behavioral health crisis.

Henrickson spoke on the benefits of the new crisis response team and offering an alternative to an armed response from the police department.

“This is intended to be a mobile crisis response team that is sent out by 911 dispatch center to respond to behavioral health-related calls for service. Some of the things that we talked about in the development of this was wanting to be true to that goal of just providing another alternative within the continuum of emergency response,” Henrickson explained.

Barnes echoed the importance of having other methods for crisis response. He stated that instead of fully re-imagining the functions of police departments, the city should be pursuing qualified professionals and experts can be brought in to handle certain situations where an officer may not be the best option.

“You know, driving a police car is part of police work, but we don't ask police to change the oil in the car because there's probably someone better to do that,” Barnes said. “One of the things that we need to do to fix police, is we need to look at what are those things that we're asking our police officers to do and who is best to do this job function. If it's someone other than us, I'm okay with that.”

Cap Times Idea Fest Poll: What will downtown Madison look like in the future?

As part of Cap Times Idea Fest, a group of top downtown leaders will discuss how it can grow to become a vibrant, equitable place where everyone feels welcome.

School achievement gaps remain wide in Madison. What has to change in order for that gap to shrink? A renowned researcher, an educational entrepreneur, an administrator in the Madison School District and a classroom teacher discuss the possibilities in a panel for Cap Times Idea Fest.

Join a talkback with Adam Kennedy, co-author of 'Mom, How Did You Meet the Beatles?'

A talkback between Khalid Long and Adam Kennedy of “Mom, How Did You Meet the Beatles?” is set for Monday night as part of Cap Times Idea Fest.

COVID-19 will continue to dominate the lives of Wisconsin residents for as long as people refuse to get vaccinated, according to three public health experts — including the state’s top health official.

Sports for these women have been life-changing, propelling them into careers where they grapple with social justice questions around gender and race. 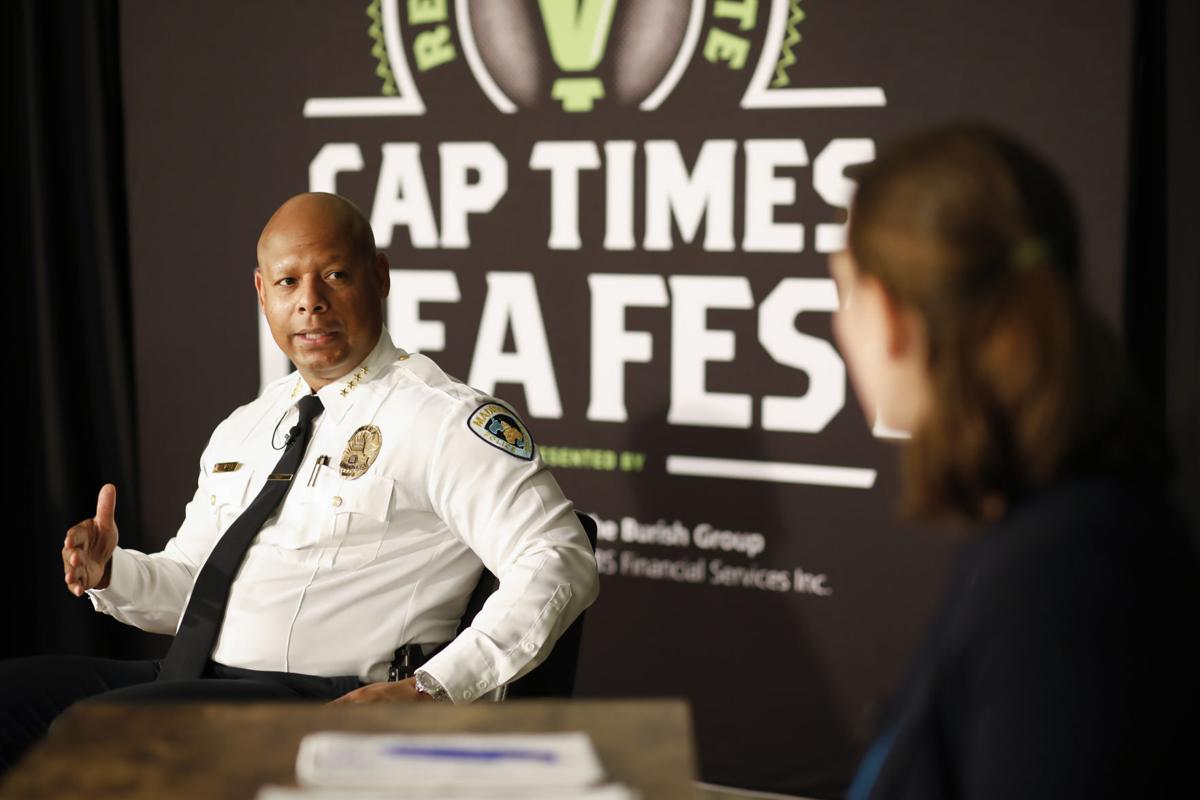 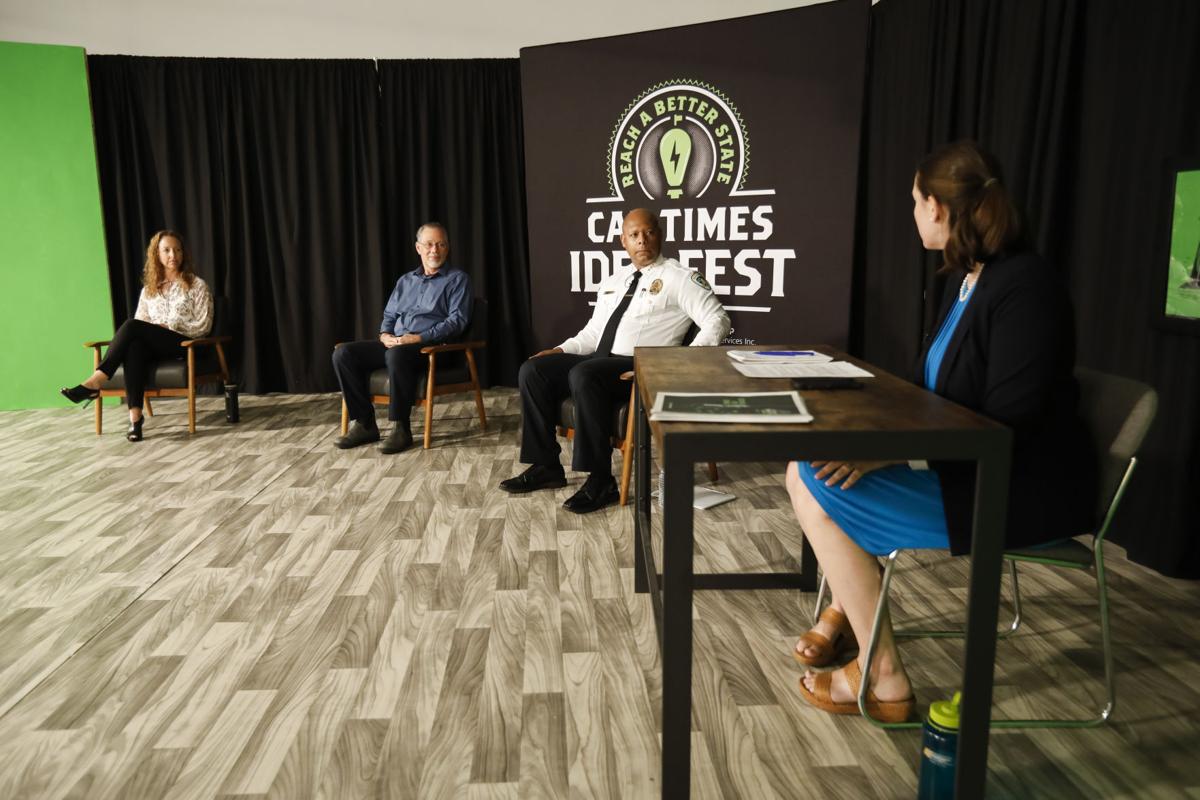 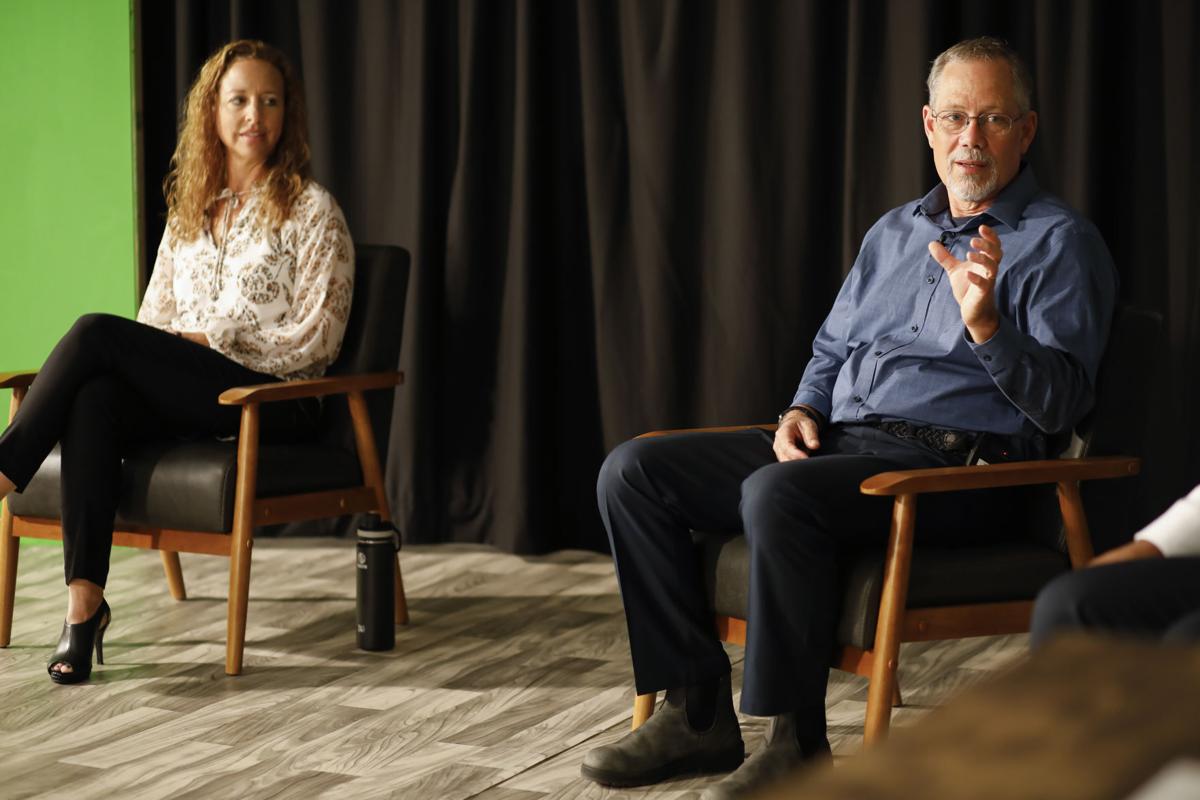